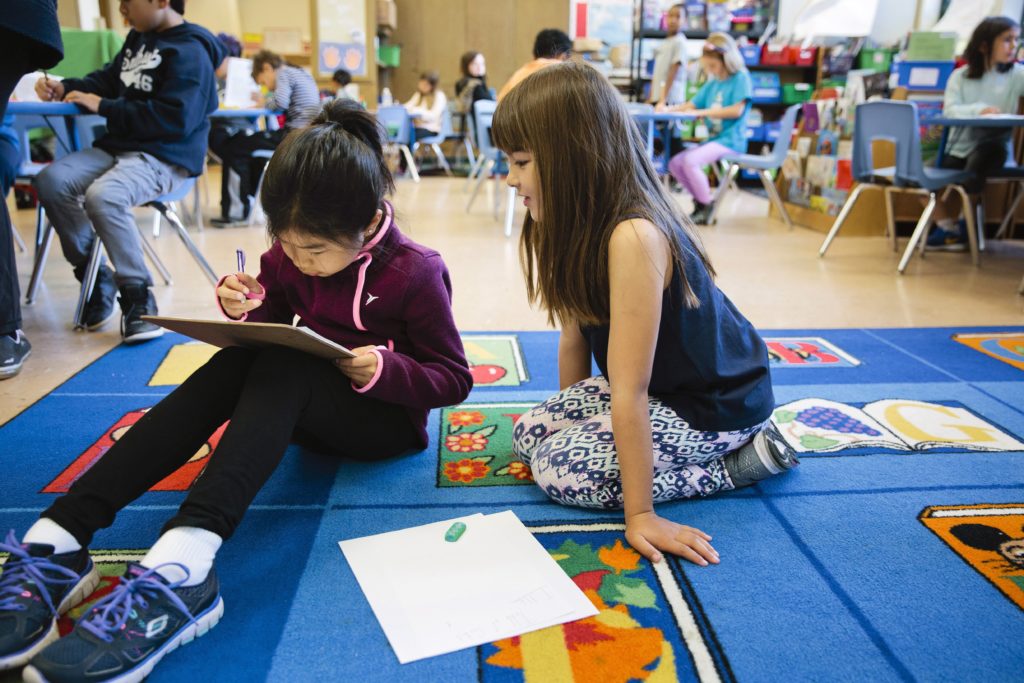 Gov. Newsom will fight for school bond but not for 'split-roll' tax reform 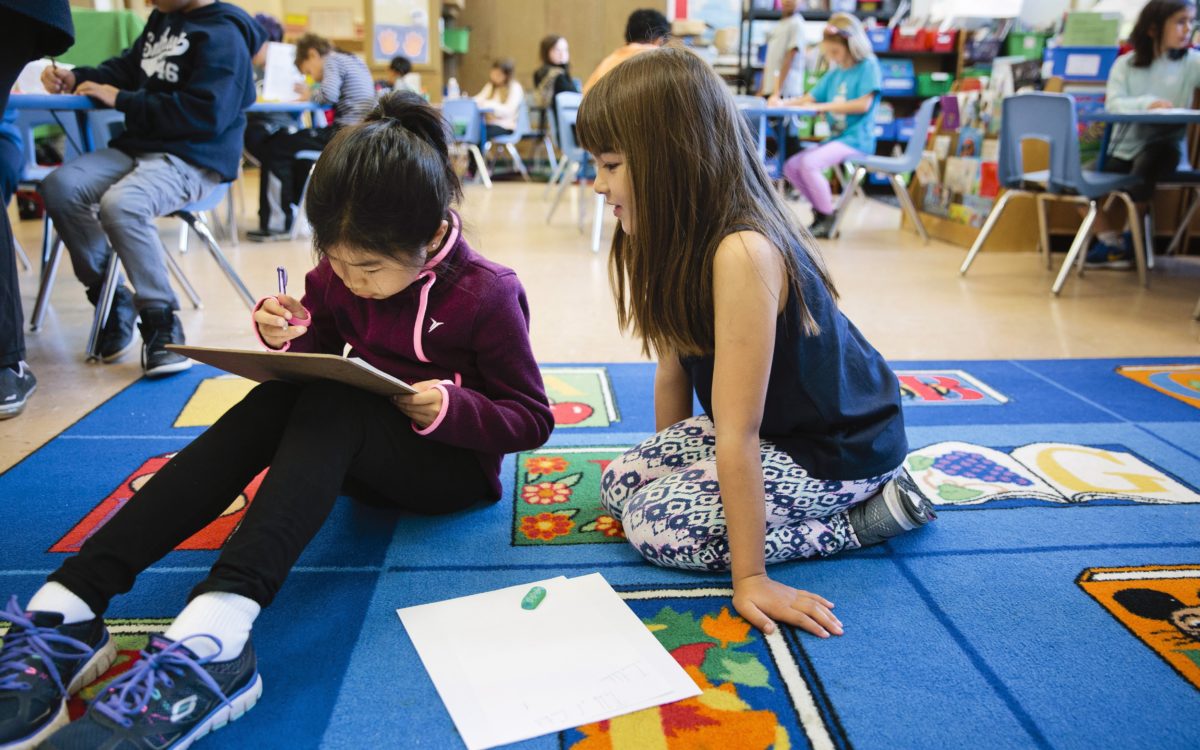 You can wager on anything in Las Vegas. Well, almost. I have yet to see the over/under on whether the State Board of Education will pass the next LCAP revision. That’s why I created my own currency, the Fenster — redeemable in EdSource swag if we open an online store. For now, Fensters are only worth bragging rights on my annual predictions column.

A year ago, I invited you to fill out your own bet sheet. It’s time to bring it out of the safe deposit box and look to the end of the column for how you did.

Meanwhile, let’s get to work on 2020. The prediction scale ranges from 1 to 5 “Fensters,” with 1 meaning no chance and 5 meaning highly likely.

Gov. Gavin Newsom is feeling the big squeeze. Grassroots community groups, unions like the California Teachers Association, and city and school officials are pressing him to back their initiative, Schools and Communities First, which likely will qualify for the November ballot. The “split-roll” initiative would amend Proposition 13’s property tax restrictions to increase taxes on commercial and business properties but not on homeowners. About 40 percent of the $12 billion it would generate would go to K-12 and community colleges.

Newsom has acknowledged that K-12 and early ed need more money. He’s for overall tax reform, too. But he’s been silent about this initiative, which is polling with under 50 percent support among California voters.

Likelihood that Newsom will put index fingers to ears and say “Next question” when asked about it:

The compromise: Some education advocates are calling on Newsom to cut a deal with the Legislature and Prop. 13 reformers to put a different tax plan on the ballot. It will take arduous work to get an agreement.

Likelihood that Newsom will try — and succeed — in putting an alternative tax on the ballot:

The delay: The California School Boards Association is vowing to put an income tax increase on the 2022 ballot. Newsom could say he’ll build a consensus for tax reform then, coinciding with his re-election campaign, assuming he chooses to run again.

Likelihood he’ll say 2022 will be the year for a new tax:

A reluctant yes:  This is not mutually exclusive to “the delay.” And he won’t be blamed if  the split-roll initiative loses.

Likelihood Newsom will support the “split roll” but not campaign for it:

There is a tax increase that Newsom is behind, a $15 billion school construction bond to benefit K-12, community colleges, California State University and University of California on the March 3 ballot. Newsom negotiated the terms, which will target more state aid to rural and low-wealth districts, and it will appear as Prop. 13 by quirk of circumstance. Though also flagging in the latest poll, prospects will brighten with the support of Newsom and key business groups.

Likelihood that the construction bond will pass:

With worries about a recession this year dimming, Newsom should have several billion more in Proposition 98 funding for K-12 and community colleges. Last year, he committed nearly all ongoing increases to the Local Control Funding Formula. He then used one-time General Fund spending to provide billions in short-term pension cost relief and invest in early education. Education advocates applauded.

Likelihood that Newsom will reprise last year’s hits, with at least an additional billion in short-term pension help and tens of millions in increases for child-care and preschool funding:

Likelihood that Newsom will provide hundreds of millions of additional money for special education:

Likelihood that Newsom will funnel significant money to improve the teaching of math and science. This is more of a hope than a prediction, but continuing stagnant test scores and vast achievement gaps, despite the promise of new math standards, demand state attention. I don’t know the form it will take — and Newsom won’t call it categorical funding — but it will (or should) happen in the May revision:

Last year, there were high-profile strikes in Los Angeles and Oakland, with a wildcat strike in Sacramento. No big-district walkouts are on the horizon, but tensions are high in many of the state’s nearly 1,000 school districts. Striking teachers will reinforce the CTA’s call for more education funding.

Likelihood of five or more teacher strikes this year:

In an audit last fall, State Auditor Elaine Howle criticized school districts for either not clearly accounting for or misusing state funding targeted for low-income, foster and English learner students. She called for significantly tighter rules for spending and transparency under the Local Control Funding Formula.

Likelihood that Newsom will negotiate a bill to make it significantly easier to track and compare districts’ “supplemental and concentration” spending for high-needs students:

In 2019, Newsom negotiated a rewrite of the charter school law that will give school districts more power to reject charter schools without eviscerating the sector, as charter school backers feared. The compromise quieted the charter war in Sacramento, but like the celebrated but short-lived Christmas Truce of 1914, it will ferociously resume on the local front, in battles over the election of school boards and county board of education trustees. As usual, all eyes will be on Los Angeles Unified.

Likelihood that teachers unions and charter school donors will spend record amounts on school board elections in 2020:

UCs on the SAT

Within the next few months, a faculty committee will recommend whether the University of California should stop requiring applicants to submit SAT or ACT scores. Opponents of the college admissions tests, like UC Berkeley Chancellor Carol Christ, argue they compound the difficulties that low-income, African-American and Hispanic applicants face in getting into UC.

Likelihood that UC will drop the requirement and study whether the state’s Smarter Balanced tests can be used as an admissions factor instead:

Early this year, the California State University trustees will decide whether to require applicants to have taken an additional, fourth year of math or a course using quantitative skills, like a lab or computer science. Strong opposition remains, despite plan revisions that would push back the implementation date, exempt high schools that don’t offer enough courses and permit less rigorous courses like personal finance.

Likelihood that CSU will adopt the proposal:

The Year of Special Education

Likelihood that special education will be Newsom’s top K-12 priority this year:

Who will win California’s presidential primary March 3? It could easily be Pete Sanders, Joe Yang or Elizabeth Klobuchar. In other words, I have no idea. Nonetheless, likelihood that Biden will edge out Warren:

Here’s the score for 2019: The late George Steinbrenner, owner of the New York Yankees, once said, “Winning is the most important thing in my life, after breathing.”

Excuse me while I puff out my chest: By my own low expectations, I did great in 2019.

Predictions were rated on the familiar scale of 1 to 5 Fensters.

As predicted, it was a momentous year, with a full rewrite of the state’s charter school law.

Likelihood that open meetings, public records and conflict of interest requirements will pass (an easy bet).

Likelihood the Legislature would curb the right of charter schools to appeal a charter denial. (Wrong: The ability to appeal to county offices of education was preserved.)

Likelihood the Legislature would eliminate additional appeals to the state board. (Not eliminated but significantly pared back.)

Likelihood that either a moratorium on charter schools or a bill allowing a district to weigh the potential financial impact of charter schools would pass. (Yes: A big win for teachers unions and school districts)

Likelihood that Los Angeles Unified and United Teachers Los Angeles would settle before a scheduled strike on Jan. 10. (Easy call; they didn’t.)

Likelihood a strike in L.A. Unified would last until the Martin Luther King holiday on Jan. 21. (On the money; they settled a day later)

Likelihood of a pre-K to community college construction bond on the 2020 ballot. (Right: Prop. 13 will be on March ballot with CSU, UC thrown in.)

Likelihood the bond will include significant revisions in the state allocation system. (Wrong: Gov. Newsom demanded and got the changes.)

Likelihood Gov. Newsom would sign a bill allowing SAT or ACT in place of state Smarter Balanced tests (Wrong: He vetoed it.)

Likelihood that the California Supreme Court would chip away at grandfathered pension benefits for current workers. (Court skirted the issue in a narrow decision.)

Likelihood that Newsom will allocate only the minimum amount of funding for K-12 and community colleges under Proposition 98 (Wrong: He went beyond the minimum with more than $3 billion for pension relief and scholarships for new teachers in high-demand subjects.)

Likelihood that education groups and sponsors of an initiative to raise property taxes on business and commercial properties would negotiate a measure for the 2020 ballot. (It didn’t happen in 2019 but it’s still possible in early 2020 — see new predictions.)

Likelihood that Newsom would lay out a multi-year plan for state-subsidized preschool for all low-income children. (Close enough: funding for 10,000 more slots and money for a master plan.)

Likelihood that in 2019, Newsom and legislative leaders create a timeline and a plan for a statewide data system. (Yes, they did.)

Likelihood that Newsom would include enough funding to provide a second year of free tuition to community colleges. (Basically, yes, for taking a full course load.)

Likelihood that DeVos will quit in 2019. (Often belittled in the press, largely ignored by the president, she persists.)