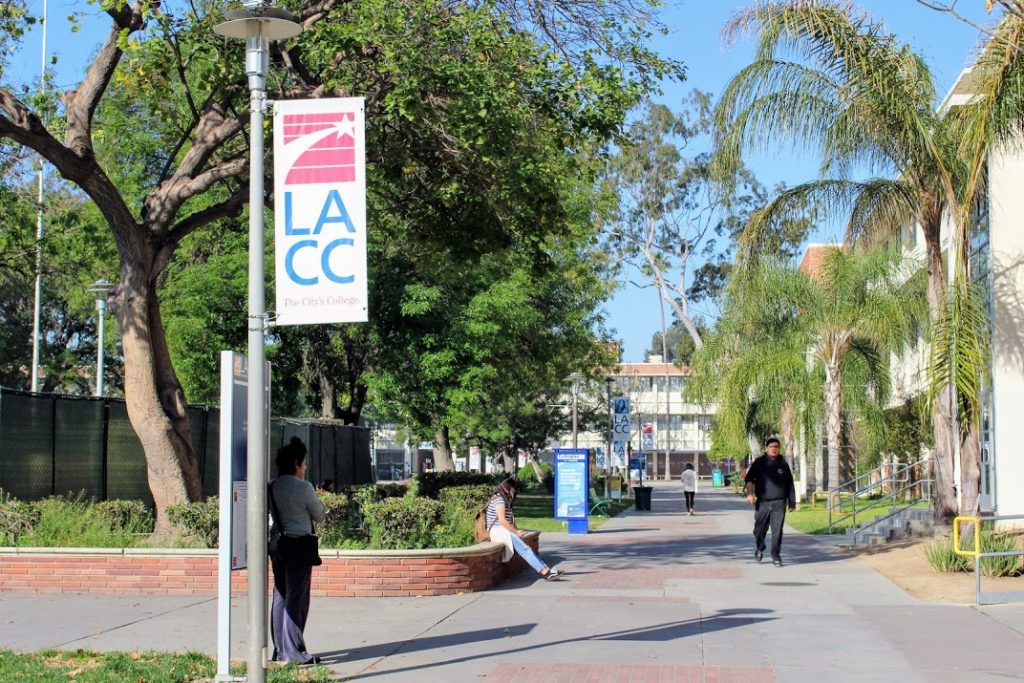 Maximum Cal Grant for living costs would more than triple to $6,000 under proposal.

Community college students stand to benefit the most from the changes outlined in the proposal presented at a hearing in Sacramento on Thursday by the California Student Aid Commission. More than 300,000 additional community college students would become eligible for Cal Grants, state monetary awards that students don’t have to pay back, to cover non-tuition costs. The maximum grants available would more than triple from $1,672 to $6,000.

Under the proposal, students who attend University of California or California State University would be excluded from receiving the additional state financial aid, although those students would continue to be eligible to receive Cal Grants to cover tuition and fees.

It’s not clear how the state would fund the additional financial aid or when the new system would go into effect. The Legislature and Gov. Gavin Newsom would need to approve the reform before it becomes a reality. The plan will be presented at a Assembly budget hearing in March and at a budget hearing in the Senate in April.

“There are still many details to flesh out, and there is certainly room for refinement,” Marlene Garcia, executive director of the California Student Aid Commission, said during Thursday’s hearing. “But we believe this is a solid first step in moving the discussion now to the legislative arena.”

Efforts to overhaul California’s financial aid system have been on hold since last fall, when lawmakers asked the commission to convene a group of the state’s higher education leaders and experts and develop policy recommendations for expanding financial aid.

Last year, two bills — SB 291 and AB 1314 — stalled in the Legislature. SB 291 would have created the California Community College Student Financial Aid Program, which would help students cover non-tuition costs. AB 1314 would have reformed the Cal Grant system by eliminating eligibility barriers, such as grade point average and age requirements

The proposal discussed Thursday was met with mixed reactions by leaders of the three college systems, student leaders and advocacy groups.

The proposal would simplify the Cal Grant. Currently, there are several different Cal Grant awards — including one that is available to students coming out of high school, another available for students transferring from a California community college to a four-year university and one for students who enter college more than a year after graduating high school or who are transferring from community college and are at least 28 years old.

Under the new proposal, there would be only a single Cal Grant award, which could go toward non-tuition costs for community college students or tuition for students at four-year universities. California in recent years has enabled community colleges to be tuition-free.

Under the new system, students would be eligible for a Cal Grant based on their family’s expected contribution to their college costs. That’s different from the current formula used for determining Cal Grant eligibility, which considers only a family’s income and assets. The new formula would consider a family’s income but also other factors, such as household size.

The non-tuition awards would be guaranteed to community college students whose families are not expected to make any contribution. The commission also proposed considering extending the award to students whose families are expected to contribute up to $5,576 — the maximum expected family contribution for a student to be eligible for a federal Pell Grant award. Pell Grants are federal, need-based financial aid awards available to low-income students.

The proposal also calls for relaxing eligibility rules for Cal Grants. No longer would students need to apply to college within a year of graduating high school to be eligible for the Cal Grant, which has previously prevented many community college students from receiving Cal Grants since they are frequently older students. Community college students also would no longer need to verify their high school grade point average to be eligible.

The commission estimates that an additional 314,000 community college students would be entitled to the award under the proposal.

Eloy Ortiz Oakley, the chancellor of California’s community college system, said during the hearing that the proposal has the system’s “full support.”

Fully implementing the reform would cost between $1.1 billion and $1.6 billion annually, depending on whether the awards are extended to students whose families can contribute up to $5,576.

It’s not yet clear how those costs would be funded or when the proposal would fully take effect. It’s likely it will be phased in over time.

“Ultimately the funding and fiscal implementation will be a negotiation that will involve the Legislature and Department of Finance,” said David O’Brien, the director of government affairs of the commission.

Under the proposal, there would be no state dollars allocated to the California State University or University of California to provide their students with Cal Grant awards to cover non-tuition costs. The plan calls on the state to instead coordinate with those systems to use each system’s existing institutional aid to provide the awards to students whose expected family contribution is $8,346 or less.

Students at those systems, as well as at private nonprofit institutions, would continue to be eligible for state grants to cover tuition and fees, which already make up the bulk of Cal Grants awarded to those students.

However, Varsha Sarveshwar, president of the University of California Student Association, voiced concern over the lack of state aid that would be allocated to the UC system for living expenses.

“Total cost is a serious issue at UC, and one that could be addressed a lot better by state dollars than institutional dollars alone,” she said.

Luoluo Hong, Associate Vice Chancellor for Student Affairs and Enrollment Management at California State University, similarly said she is concerned over the lack of state dollars that the plan would give to CSU for non-tuition awards.

“There are concerns that if we fund non-tuition awards in the method that’s being proposed from our existing institutional aid dollars, we already have commitments with that institutional aid that we would have to consider what other students would be potentially impacted by redirecting that aid to this program,” Hong said.

Advocacy groups took varying stances on the proposal. Brian Rivas, the senior director of policy and government relations at the Education Trust-West, said his organization is “not prepared to take a position” on the plan.

Jake Brymner, the state and federal policy director for the Campaign for College Opportunity, said the proposal “would take significant steps toward more equitable investments for our low-income community college students.”

Jen Mishory, a senior fellow at The Century Foundation, a progressive think tank based in Washington, D.C., said in a statement to EdSource that there are some “outstanding details and concerns to address,” such as making sure that if the proposal is phased in, “it is done equitably.”

“But broadly the framework proposed would make progress on the goals of expanding access to the program by removing eligibility restrictions, increasing coverage of non-tuition costs and realigning the system in a way that leverages existing institutional aid,” she added.