Above: First year University of California, Berkeley student Ian Wong mountain climbs on down time with a small group from his campus.

They mourn missing out on the college life

When Kaelynn Kuang pictured being in college, she didn’t just imagine lecture halls and living in dorms.

She wanted to join the honor society and Asian American student alliance at the University of California, Santa Cruz.

This is part of a continuing series on how California college freshmen are facing a disrupted start to their college careers.

“At orientation and even before then, they give you an idea of clubs on campus, and I was so excited,” Kuang, a freshman majoring in art and psychology, said. “I thought there would be club fairs, so I could see everything, but they didn’t have them, so I was disappointed by that. I actually haven’t joined anything.”

The college experience this year has been significantly disrupted for Kuang and the thousands of college students like her across the country. Classes have mostly shifted online, and so has much of student life, including sororities, fraternities, organizations and clubs — all the activities that often help make students feel connected and engaged with their colleges.

That reality has significantly impacted first-year students, many of whom have said the pandemic has limited their ability to make new college friends or join student organizations.

“There’s a type of loneliness you feel right now,” Kuang said. “Because you just left high school and most of your friends, and you have to start anew, and there’s supposed to be this opportunity to meet more friends and build that type of community, but that’s gone.”

What Lezette Flores imagined would be a part of her first year of college is far from reality.

Many clubs and organizations across the CSU, UC and California community colleges have continued to host virtual events, activities, meetings and mixers. But engagement among students has fallen, as the pandemic and stressors of taking college classes online, often from their childhood bedrooms, has taken an emotional toll.

“There’s a strong emphasis on wanting to make sure we’re still offering a high-quality experience for students virtually because we know students in their first-year need to feel that connection to campus to have a sense of belonging to campus,” said Tari Hunter, director of the Office of Student Life & Cultural Centers at Cal Poly Pomona. “That helps with retention and helps academically in and outside the classroom. It’s challenging when your in- and outside-classroom experience happens from the same place.”

Freshman year is normally tough with 15% at CSU and 7% at UC not returning for sophomore year. But, the pandemic has dramatically reduced the number of high school students starting their freshmen year especially among low-income and Black and Latino students. The trends worry university officials, who fear the pandemic-focused first year may discourage students from coming back and completing their degree.

Robyn Price, a liberal studies major at Sonoma State University, said her freshman year has been a letdown.

“I thought (college) would be running into a lot of people who you’d know and making friends almost every day like there would just be all different kinds of events going on,” Price said.

The number of active student organizations operating at Cal Poly Pomona, for example, has decreased by about 50 this semester. Typically, the campus has about 300 registered organizations, but only about 250 have continued operating this fall. What those numbers don’t say, however, is whether students are participating in the groups.

First-year students certainly aren’t the only ones who have had difficulty staying engaged in clubs and groups. Lucy Yu, a hospitality senior on the Pomona campus, said it’s been “stressful and, at first, scary” for students like herself in leadership positions. Yu is president of the campus’ Associated Students Incorporated.

“Our first-years are obviously very important to clubs and organizations when it comes to recruitment,” Yu said, adding that every organization depends on the freshmen for longevity. So perhaps that’s why Yu said she’s noticed something happening this year that she’s never seen before — upperclassmen are reaching out to first-year students to check in on their wellbeing and actively encouraging them to participate, she said.

“I found it with my own student government team,” Yu said. “When in classes with the first-years, they reach out to them on the side and ask how they’re doing. I’d never seen any of that in person. I’ve never seen an upperclassman going out of their way to lend a helping hand. But now, in GroupMe and chats, everyone is trying to help one another.”

There’s been a big push by student leaders to use social media forums like Reddit and Discord and messaging apps like GroupMe to keep people involved in clubs and organizations.

Many groups have been forced to get creative with how they offer activities and events virtually. Yu’s organization, Associated Students Inc., for example, hosts “speed friending” sessions, which encourage students to talk about random subjects in Zoom rooms.

Hunter said one of the more successful activities was a virtual Dia de Los Muertos celebration the college hosted where students were sent sugar skull-making kits.

Most recently, many of the Greek organizations on Pomona’s campus competed with one another to raise money for charity. Yu’s fraternity raised $10,000 by promoting donors on social media for breast cancer awareness.

But many clubs traditionally take a “hands-on” approach, Hunter said, referring to agricultural and engineering groups on campus.

“It’s hard not to come to campus, but they found creative ways to work on projects with academic advisers,” she said. 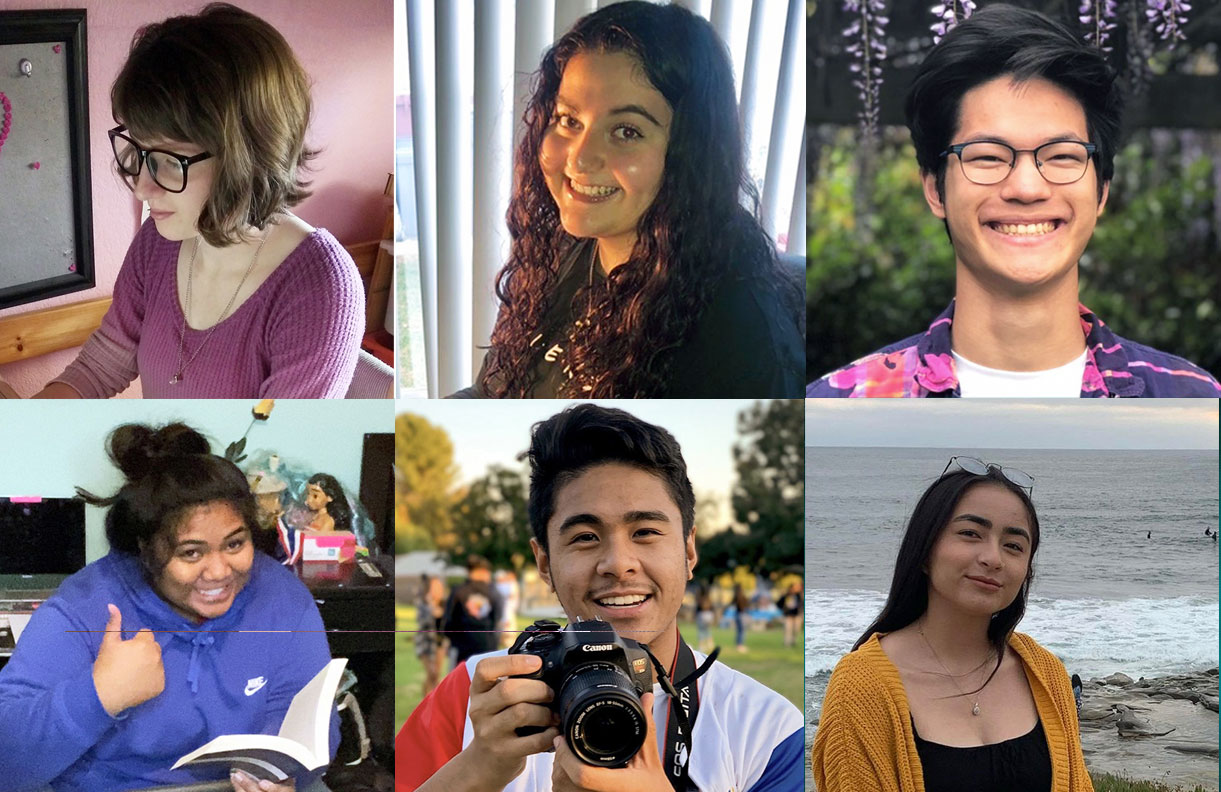 Imagine experiencing college for the first time from your childhood bedroom at a computer screen. That’s what 2020 freshmen are living through, and they have lots to say.

At Sacramento State, the number of registered student organizations decreased by about 100, to 232 this year. But student engagement appears to be up in other ways. For example, retention for this year’s Panhellenic Sorority Council recruitment process, which took place over Zoom, was higher this year than last year. Ninety-eight percent of women who registered for recruitment joined a sorority this year compared to 72% last year.

“No one is doing 100% or phenomenal and that’s just the environment we’re in,” said Nicki Croly, director of student organizations and leadership at Sac State. “But students are seeking community, and when they find it, it makes everything else more bearable.”

Because of that, the campus wants to find those first-year students who haven’t joined an organization, connected with a peer mentor or live off campus.

“For those first-years, we find who haven’t tapped into anything, there will be intentional outreach in the spring semester to get them,” Croly said. The campus is surveying whether these students are active and collecting the data, so by the end of January they’ll know which first-years to target and help them find connections to the campus.

Not all groups are relying on the internet to stay engaged and active.

Ian Wong, a first-year student at UC Berkeley, said he’s turned to outdoor activities to find his “sense of community.” He joined a rock-climbing group to stay active.

“People want to keep to themselves, at least in the class environment,” Wong said. “So there isn’t much conversation. And there isn’t much exchanging of information. It just seems like people kind of want to finish class and, like, leave.”

So, for five days a week, Wong joins a small group to climb. The environmental science major’s schedule consists of five classes and one club meeting, all online. Without rock climbing, Wong felt the day would be “just empty.”

“I would have been watching TV,” he said. “I felt like climbing was less wasteful than just kind of sitting on my ass.”

Despite the efforts, students, even those participating in clubs and groups, say they’re still struggling with connecting with their classmates.

“Nothing is easy about this,” Yu said. “It’s super important for us this year to be listening to the student body with open eyes and open ears … we need to be in service more than before because they’re suffering in multiple ways. But it’s important to realize relationships are 50-50. It can’t just be upperclassmen looking out for first-years. We hope they seek out resources and people to connect with virtually.”

The following members of EdSource’s California Student Journalism Corps contributed to this story: Kilmer Salinas and Joshua Letona, are seniors at Cal State Los Angeles; Taylor Helmes, is a senior at Cal State Dominguez Hills. Letona and Helmes are editors of their campus newspapers.