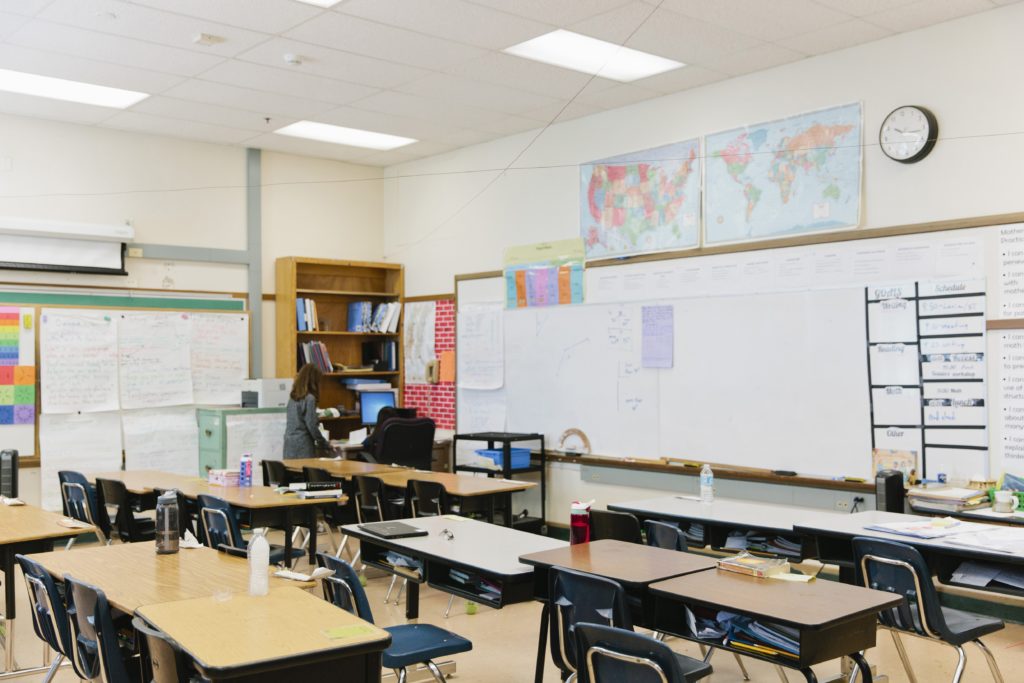 They're hoping there will be another, bigger package from Congress 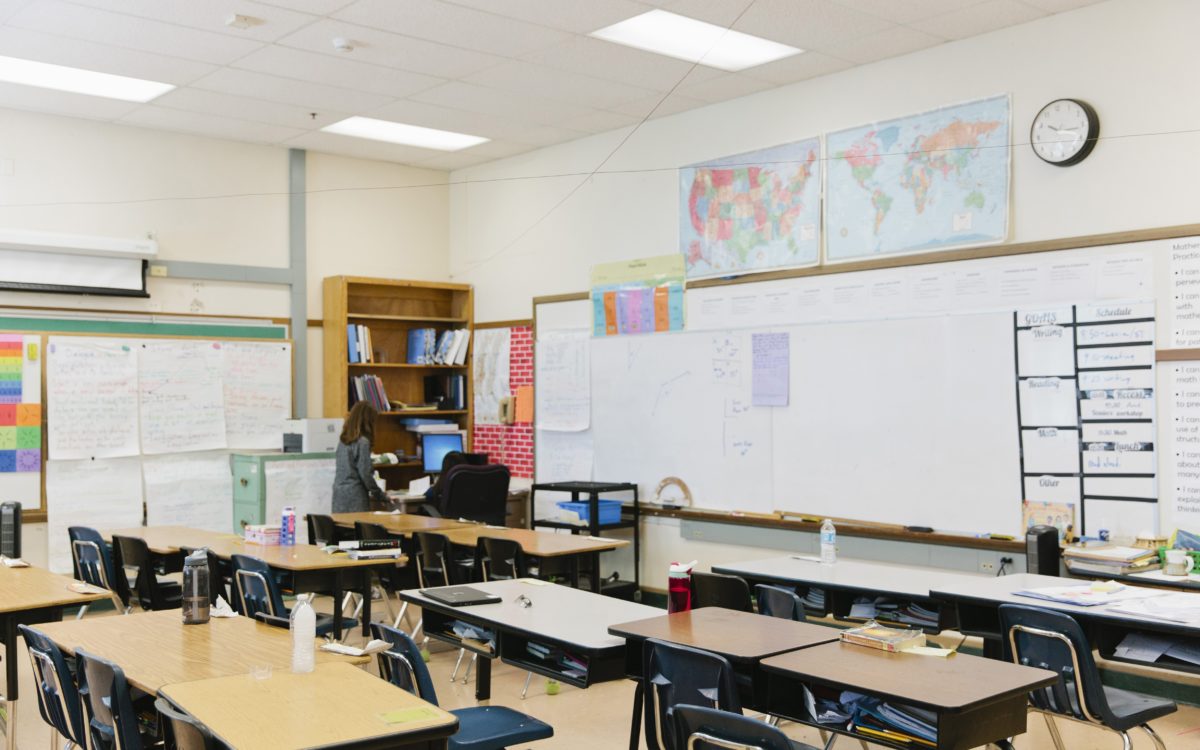 By July 1, California school districts should get some financial relief from their share of $1.65 billion in federal stimulus funds that the state is expected to receive. Educators are hoping it will be the first installment of a bigger influx of federal aid later this summer that will let them shore up their budgets from expected cuts in state funding, as well as cover additional expenses from the coronavirus.

For school districts facing the potential prospect of big cuts in state funding next year, the funds represent a gift horse — flexible cash with few strings attached that can be spent on multiple costs of the pandemic. These could include items such as buying computers and internet access, covering the costs of distance learning, extended learning next year or paying for cleaning supports and costs of reopening schools.

In California, the $1.65 billion, appropriated through the CARES Act approved by Congress in March, equals an average $275 per student. But there are wide differences in how much districts and charter schools will receive. Torrance Unified in Los Angeles County, for example, will get $76 per student while Inglewood Unified, its neighbor up the 405 Freeway will receive $739. Fresno Unified, the state’s fourth largest district, will book $622 per student while Clovis Unified next door will get $132 per student and Long Beach Unified, the state’s third largest district, will receive $337, an EdSource analysis reveals.

Search here for estimates of how much each California school district can expect to receive.

That’s because the formula for distributing the money favors districts with children from low-income families. It is based on a district’s entitlement under the federal Title I program, which directs aid to districts based on the number of children in families with incomes below the national poverty level of $26,200 for a family of four.

But it’s a complex formula with winners and losers that tends to give the most money to small rural districts and large urban districts. The $291 million going to Los Angeles Unified — $665 per student — will consume about 20 percent of the state’s allocation.

EdSource analyzed the per-district funding based on the Title I formula used to distribute other federal funding. The bill says that the stimulus funds will be distributed in the same proportion as Title I funding. The breakdown was originally calculated and published by School Services of California Inc., a firm that does consulting and finance work for districts, and verified by EdSource. The figures reported are estimates until the California Department of Education officially notifies each district of how much they will receive. That has not happened yet but the funds are expected to be received by districts by July 1.

Federal law requires school districts to spend Title I funding on low-income children. But in this case, Congress has given districts flexibility to spend the CARES money more broadly, on the grounds that the coronavirus has harmed all students.

Districts are entitled to received 90 percent of the $1.65 billion. The California Department of Education gets to direct the last 10 percent to emergency needs. The federal funding also gives states an additional $3 billion — $355 million for California — to spend on coronavirus-related priorities for both higher ed and K-12. Gov. Newsom hasn’t indicated where he would like to use the money. One possibility he unveiled on Tuesday was would be to use it to underwrite to start the school year in July or August to help students make up for the loss of learning.

The $1.65 billion is equivalent to about 2 percent of the $81.6 billion that the state Legislature authorized for schools this year through Proposition 98, the primary source of funding for K-12.

Long Beach Unified may use the $23 million it will receive toward extended learning opportunities such as after-school sessions, Saturday school and tutorials it’s planning next year, as well as replacing the $2 million already spent on Chromebooks and $2 million on hot spots for access to the Internet for distance learning, said spokesman Chris Eftychiou. By the end of this school year, the district will have spent $5 million in un-reimbursed funds for student meals, which will continue at 34 schools.

Los Angeles Unified’s $291 million will be enough to pay for the $200 million that Superintendent Austin Beutner calculated the district has spent so far in uncompensated expenses for the coronavirus. That includes $78 million for meals and $50 million toward a full distance-learning summer program for all students.

But the new funds won’t be sufficient to cover new coronavirus-related expenses schools will face when they return to school or possible shutdowns again if the virus resurges in the fall. Nor will it make up for significant budget cuts in Prop. 98 funding that districts fear await them in the 2020-21 state budget. The full extent won’t be known until the fall, since the state extended the filing deadline to July 15 for personal income and capital gains taxes; they provide two-thirds of revenue for the state’s General Fund.

San Francisco Unified spokeswoman Laura Dudnick focused on future needs when asked what the district plans to do with its $10.6 million.

“Unfortunately, it becomes clearer by the day that these funds will offset just a fraction of the funding cuts that lie ahead,” Dudnick said via email. “Schools are quickly adapting to provide more services and meet more needs and need additional federal support.”

Governors and education advocates are pressing to include more money for K-12 schools and higher education in the next round of federal aid, which would shift from reimbursing districts for coronavirus expenses to shoring up county, city and school district budgets. A dozen national education organizations are lobbying for at least $175 billion for schools plus $25 billion more for Title I funding and special education funding for states. California’s share of that appropriation, were it approved by Congress, would be at least $25 billion. Newsom, in an April 8 letter to U.S. House Speaker Nancy Pelosi, included a request that “several hundred billion” for K-12 schools nationwide be part of $1 trillion in additional help for state and local governments.

This recent funding for U.S. school districts approved by Congress amounted to less than 1 percent of the $2.2 trillion CARES Act (whose full name is the Coronavirus Aid, Relief and Economic Security Act). It’s the third stimulus bill stemming from the COVID-19 pandemic that aims at giving states funds to provide relief to K-12 education.