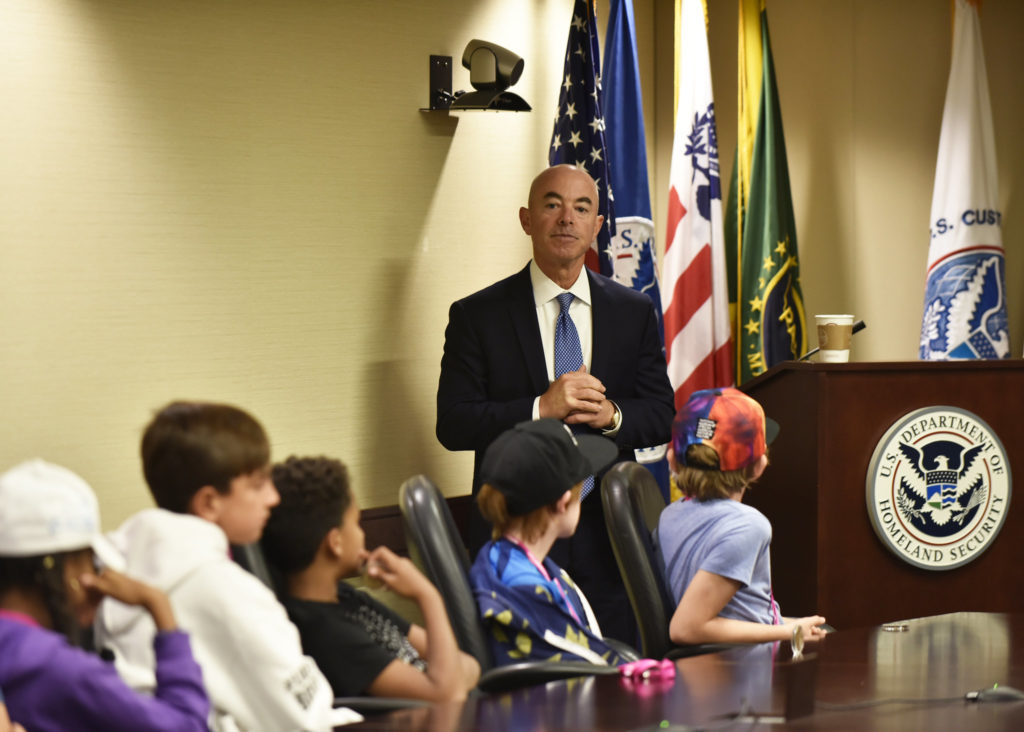 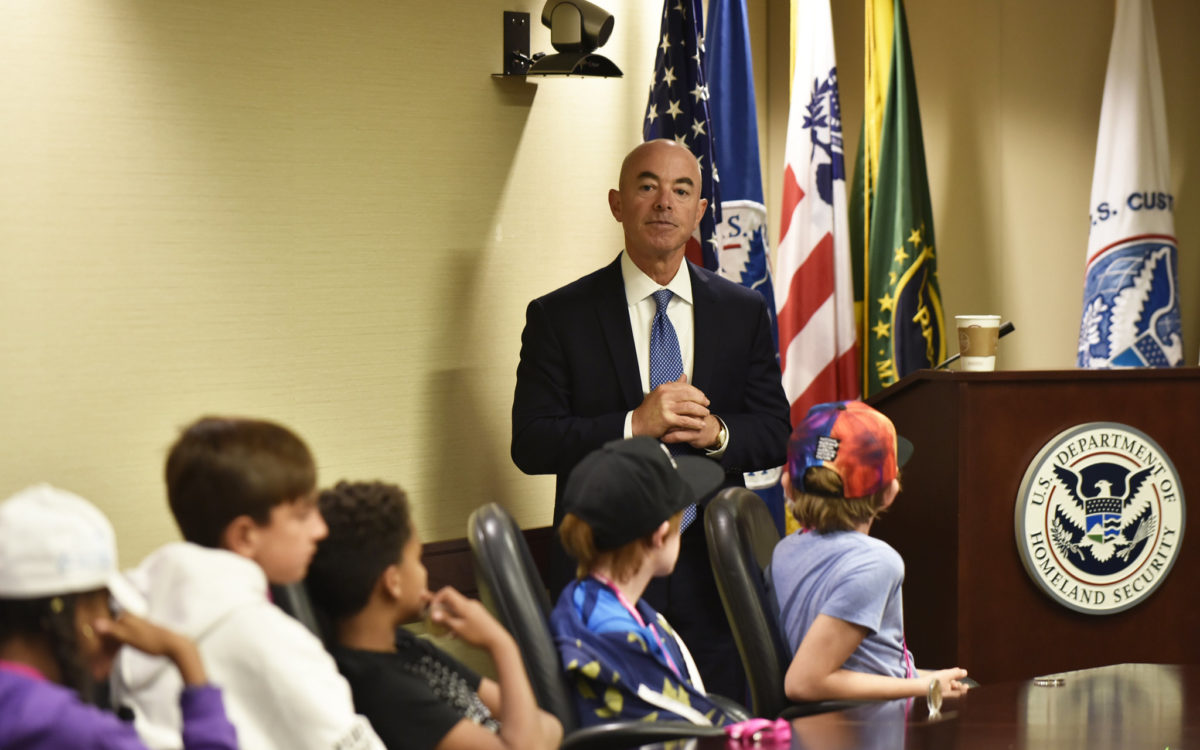 When it comes to immigration matters, Alejandro Mayorkas, President-elect Joe Biden’s nominee to head the Department of Homeland Security, is likely to make the treatment of children and youth a top priority.

The views he brings to the post, based in part on his experience in the department during the Obama administration, present a dramatic contrast to those espoused by President Donald Trump, and most senior political appointees in the department he may soon head.

For starters, Mayorkas is a fervent supporter of the Deferred Action for Childhood Arrivals program — a program that Trump has tried to eliminate throughout his presidency, including attempting to get the Supreme Court to invalidate it.  Chad Wolf, the acting secretary of Homeland Security, has attacked the program as having been “created out of thin air and implemented illegally.”

In fact, Mayorkas was one of the principal architects of the program when he was head of U.S. Citizenship and Information Services, a division of the department. The program gives unauthorized immigrants who came to the U.S. as minors temporary relief from deportation and, crucially, the right to work.

On this issue, he is on the same page as his future boss. Biden’s chief of staff Ron Klain declared recently that Biden will reinstate the program “on day one” of his administration.

In remarks in September 2016 at a conference organized by the Migration Policy Institute at Georgetown Law School, Mayorkas cited the DACA program as one of the “signature achievements” of the Obama administration.

“How we treat their presence here as they reach the age of maturity throughout the years is a question of our identity as a nation,” he said, pointing out that the beneficiaries of the program were brought to the United States “by no intention of their own but by an act of others.”  Nationally, there are about 800,000 DACA students, with 222,000 in California, nearly double the 124,000 in Texas, the next highest state

At the same conference, he affirmed his belief in the Supreme Court’s landmark 1982 Plyer v. Doe decision that gave anyone residing in the United States, including undocumented students, the right to a free, public education. The court found that the children of undocumented immigrants “can affect neither their parents’ conduct nor their own status,” and “legislation directing the onus of a parent’s misconduct against his children does not comport with fundamental conceptions of justice.”

“I profoundly believe that every Doe has a name, is a person and is entitled to a future wherever that future might be,” Mayorkas said.

At the same conference, he expressed concerns about placing children in deportation proceedings, when they were too young to understand the proceedings or their legal rights.

“It is hard for me as a former federal prosecutor, as a lawyer who has maintained his bar status, and who views himself as an officer of the court, to think of a very young child in a removal proceeding, not understanding the meaning, the procedures and the consequence of what is about to happen.”

He is also likely to revive the U.S. refugee program, which has been eviscerated by the Trump administration. Last month, Trump further lowered the cap on the number of refugees that could be admitted to the U.S. during the coming year to 15,000, just a fraction of the 110,000 cap in 2016, the last year of the Obama administration.

Mayorkas’ own experiences have had a considerable influence in shaping his views on refugees. He came with his parents to the United States as a refugee from Cuba in 1960 when he was less than a year old

His mother was a Romanian Jew who escaped from her country, which was then occupied by Germany. His father’s family was also Jewish, originating in Turkey and Poland, but had come to Cuba much earlier in the century.

He returned to Cuba for the first time 55 years later in his role as deputy secretary of the Department of Homeland Security, after President Obama renewed diplomatic ties with the Cuban government there — ties which Trump subsequently severed when he became president.

“When I was very young, the United States provided my family and me a place of refuge,” he tweeted Tuesday in the first response to his nomination by Biden. “Now, I have been nominated to be the DHS Secretary and oversee the protection of all Americans and those who flee persecution in search of a better life for themselves and their loved ones.”

When I was very young, the United States provided my family and me a place of refuge. Now, I have been nominated to be the DHS Secretary and oversee the protection of all Americans and those who flee persecution in search of a better life for themselves and their loved ones.

In contrast to Trump’s chief adviser on immigration, Steven Miller, who is reviled among immigration advocates, Mayorkas gets high praise from many of them.

Marielena Hincapié, executive director of the L.A-based National Immigration Law Center, said the selection of Mayorkas “sends a strong signal to immigrant communities that the Biden administration fully intends to follow through on their commitments to undo the harms of the Trump administration.”

Mayorkas also has deep roots in California, a state in which more than one in four residents is foreign born, more than any other state. He grew up in Beverly Hills, and got his undergraduate degree from U.C. Berkeley. His first job in government was as an assistant U.S. attorney in the Central District of California, prosecuting white collar crime. In 1998, he became U.S. Attorney for Los Angeles, after being nominated for the position by Sen. Dianne Feinstein, D-CA.

In his 2016 Georgetown speech, he referred to one of the most salutary experiences during his time in the Department of Homeland Security: a visit to the Dadaab refugee camp for Somali refugees in a remote, desert region on the Kenya-Somali border.

The camp was originally built as a temporary home for 90,000 refugees on their way to be resettled elsewhere. By the time he visited, it had grown to over 300,000 people. He recalled sitting in on an interview with a refugee family, which included their oldest child, a 17-year-old girl.

“Our refugee official asked her where she had been born,” he recounted. “I thought she was going to say Somalia. She answered, ‘I was born here.’ She had lived her entire life, 17 years, in this camp where poverty would actually be an exaggeration. And I came back from that trip and had a very difficult time identifying myself as a political refugee, or otherwise understanding the depth of despair and loss that others who seek the benefits of our refugee system have suffered.”

Another accomplishment he pointed to in his Georgetown speech was the Central American Minors program — also terminated by Trump shortly after he took office. The program allowed minors in Central America whose parents were lawfully in the United States to qualify as refugees to the U.S. while still in their home countries, or to be temporarily “paroled” into the United States on humanitarian grounds. The program was later expanded to allow a small number of minors to go to Costa Rica, which agreed to be “an emergency safety zone” while their applications were being processed. That, Mayorkas said, “would obviate the need for people in despair from taking the perilous journey through Mexico trying to reach the southern border of the United States.”

At the same time, Mayorkas acknowledged that the “statutory framework” of the immigration system “completely lacks cohesion,” and is often contradictory. He expressed support for comprehensive immigration reform, which Congress has failed to pass despite numerous efforts over the past several decades.

He pointed to what he described as the “incontrovertible fact that the immigration system is broken and needs to be fixed.” But how that is done should reflect “who we are as a nation.” Citing Robert F. Kennedy, he said, “our attitude toward immigration reflects our faith in the American ideal, and I hope we live up to that.”