As one University of California campus is evacuated due to fires, others revise fall reopening plans 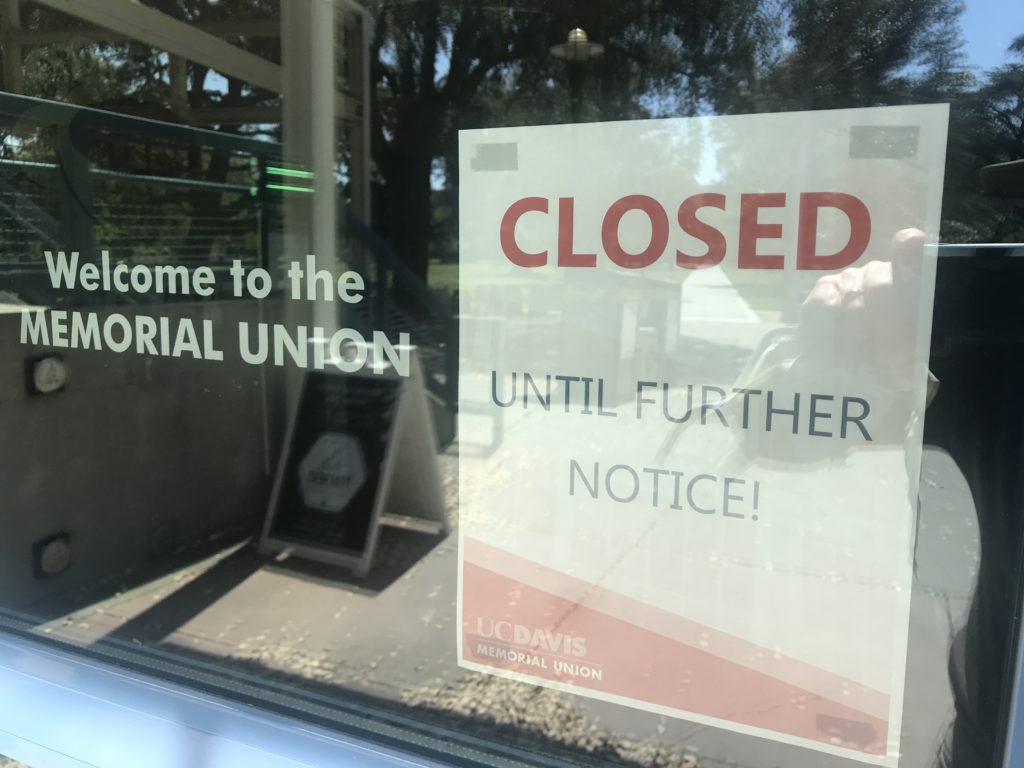 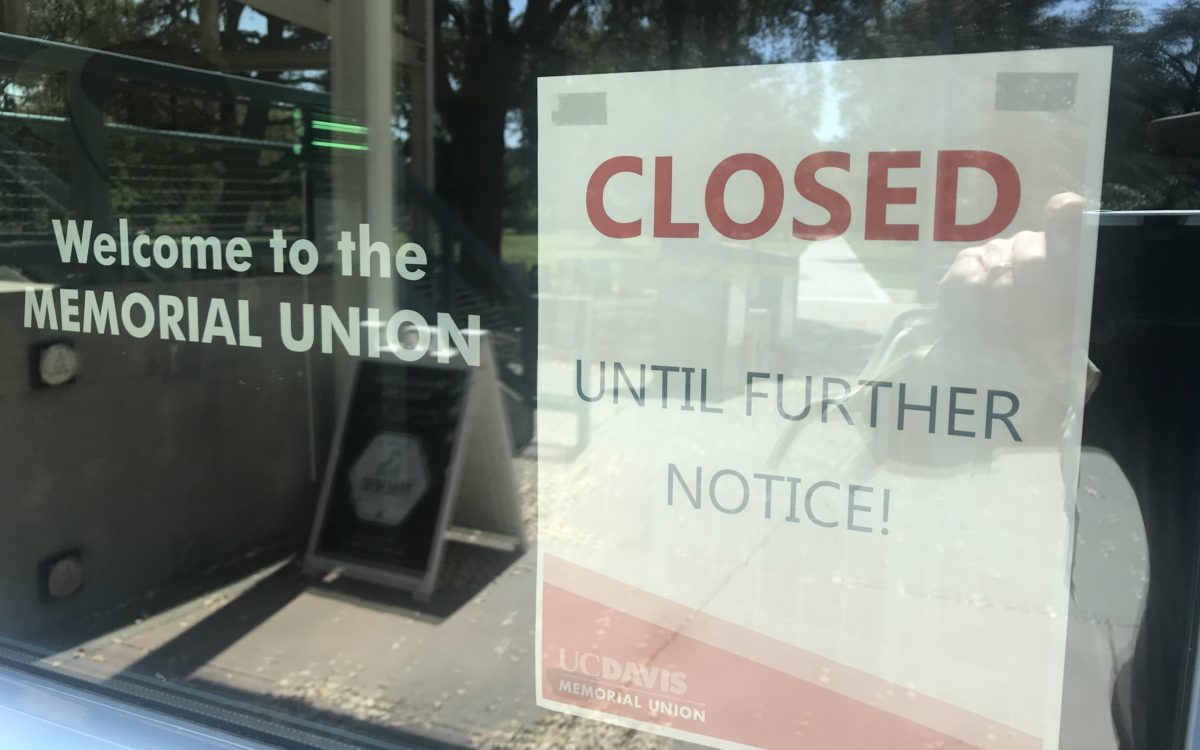 Even as one University of California campus evacuates in the face of wildfires, others are announcing more restrictions to cope with the coronavirus pandemic that is having a devastating impact on UC’s plans for the upcoming academic year.

Although the Bay Area fires have not encroached on the campus, students and staff living on the UC Santa Cruz campus were evacuated Thursday evening, just under a month before it was due to open in the fall. At the time of the fire, about 1200 people were living on the campus. The university has set up an evacuation center down the hill at the Cocoanut Grove conference and event center at the Santa Cruz Boardwalk. As of Friday evening, the fires were still a mile away from the campus which is nestled in redwoods high above the Pacific Ocean.

Update:
✔️ Fire has impacted approx. 57,000 acres involved
✔️ Now at 2% containment. Thank you fire crews!!
✔️Fire remains about a mile north of campus. ✔️@CALFIRECZU are establishing fire lines to try and slow the spread toward the campus and SC.https://t.co/AbCAi2nQIm pic.twitter.com/ENIjaTvNnL

While UC Davis wasn’t directly affected, the house of the director of a university field research station 30 miles away was destroyed by fire. The university is offering emergency housing to faculty, staff and students affected by fires in the surrounding areas.

Like the seven other UC campuses serving undergraduate students, UC Davis and UC Santa Cruz are planning to offer virtually all classes online this fall while allowing some students to live on campus.

But more campuses are announcing that even fewer classes will be held in person, and are placing more restrictions on campus housing and activities.

The latest restrictions came on Friday when UCLA announced that it would “significantly curtail in-person instruction” as well as restrict on-campus housing to those with “no alternative housing.” The new restrictions were in response to guidance issued earlier this week by the LA County Department of Public Health.

Less than three weeks ago, UCLA had said that it would offer 8% of its classes in an in-person or hybrid mode (combining both in-person and remote instruction) and that 5,000 students would be allowed to return to campus residence halls.

But on Friday, the university radically downsized those plans. It said it would open with “remote-only instruction,” except for a limited number of in-person or hybrid classes “necessary to train students for essential workforce positions.” These might be courses in the fields of health and medicine, emergency services, social work, sciences and engineering.

More in-person classes might be possible later in the fall, not just for those in the essential workforce, but the university ruled that out for when the university opens for instruction on October 1.

On-campus housing will be restricted to students who have no alternative housing, and whose current housing does not provide what the university says is a “safe and appropriate environment” or does not provide sufficient accommodations to meet requirements of the Americans with Disabilities Act.

Athletes participating in on campus training will be allowed to live on campus.

The university is also placing additional restrictions on international students, which would radically cut down on the thousands of foreign students who typically attend the university.

With its academic year beginning just a week from now, UC Berkeley will also begin with “fully remote instruction.” Like UCLA, it may offer in-person classes later in the fall, but these will be “restricted to a limited number of people, as dictated by factors including local public health guidance and our own building density guidelines.”

As for on campus housing, the university continued to update and refine its plans, outlined in a 67-question FAQ on its website. Students living in residential halls will be assigned to social bubbles, called “Berkeley Bubbles.” They will be expected to limit their in-person interaction to the 9 to 10 students in the bubble. The purpose is to allow students to “socialize and have a smaller family-like experience.” But before then, students would have to “self-sequester” for seven to 10 days.

UC Santa Barbara also issued more information about its reopening plans, advising students that they should talk with their families “to determine whether or not it is best to come to campus or remain at home.”

When students arrive on campus — at staggered intervals — they will also be required to sequester for seven or more days. That will mean “minimizing all in-person interactions among students, faculty and staff, on and off-campus.” Students would be allowed to leave their dorms “only to participate in essential activities (e.g., to eat, to purchase necessities, participate in low-risk outdoor recreational activities, or obtain health care services).”

At the same time, administrators warned that the situation remains “very fluid” and “accordingly, our plans continue to evolve and are subject to change.”

Also on Friday, UC Davis announced what it calls a “unique multidisciplinary approach” to screening for Covid-19 on campus this fall.

The plan is to create its own system to screen all staff and students on a “consistent ongoing basis,” and to get results in much less than the seven to 10 days it normally takes at federally certified labs, as well as to set in place a robust contact tracing system. The plan involves getting saliva samples, beginning with students in residence halls, but then expanding it not only to the entire campus, but to the Davis community as well.

Pending getting federal certification, the university intends to use an approach developed by the agricultural genetics industry, in which UC Davis has been a leader for decades.

“It has much the same biochemistry as other tests but does not depend on proprietary reagents that are in limited supply, and uses an innovative low-volume, high-throughput format borrowed from the agricultural genetics industry,” said Richard Michelmore, director of the UC Davis Genome Center, where the screening will be carried out.

To that end, the center has ordered a machine ­— called the IntelliQube — that is able to process thousands of samples a day and should arrive in a couple of weeks.

At the same time it is figuring out how to fend off the virus, the campus is also having to respond to the fires in surrounding areas. Fires roared into the Quail Ridge Reserve, a university field research station a 45-minute drive west of the campus, and destroyed the director’s house, as well as tent cabins and a university pickup truck. Other facilities on the reserve were untouched, however. Other university reserves may also be threatened, but all university personnel are believed to be safe.

The School of Veterinary Medicine’s Veterinary Response Team has also been mobilized to help treat animals injured by the fire, including a horse that was burned in the fire and has been brought to the campus.

“We are now confronted by another crisis in 2020: wildfires tearing through the countryside and encroaching on cities and towns and suburbs” wrote UC Davis Chancellor Gary May in an online message. “And we Aggies are stepping up again, as we always do.”