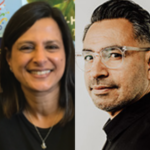 An economic recovery in the United States hinges on the child-care sector. Without safe, affordable options for child care, parents will not be able to return to work.

Covid-19, however, has devastated the child-care industry. In California, 9,300 child-care providers — 1 out of every 4 facilities — have closed since March, leading to the loss of hundreds of thousands of child-care slots. According to data gathered by the Children’s Council in August, San Francisco alone has lost almost 25,000 child-care slots, leaving only about 5,000 slots available.

With each passing month, the child-care industry shrinks further. A recent survey of California providers found that during the pandemic child-care programs have lost income, providers have been unable to pay themselves and many have incurred debt.

Efforts to provide funding, however, are at an impasse. In July, the U.S. House of Representatives passed the Child Care is Essential Act, which allocates $50 billion toward helping facilities re-open safely; and the Child Care for Economic Recovery Act, which makes child care more affordable for families.

Both bills are stalled. Senate Republicans and House Democrats proposed child-care funding in their respective recovery packages but have failed to come to agreement with the White House.

Child-care funding was included in a Covid-19 relief package proposed by Republicans earlier this week, which has been blocked by Senate Democrats, and it looks unlikely that Congress will approve a relief effort before November. Meanwhile, with each passing day, the situation for child-care providers — and the families that rely on them — becomes more dire.

Child care is “part of the basic infrastructure of this nation,” notes Sen. Elizabeth Warren, D-Mass. Quality care ensures that children receive critical academic and socio-emotional support in their early years, and that they arrive in kindergarten ready to learn. It also results in a better prepared workforce, a more stable society and a country that is well-positioned to compete in a global economy. All Americans have a stake in these things.

Sen. Warren began her speech to the Democratic National Convention in August by calling out the havoc wreaked by the pandemic on the child-care sector. She argued that the Biden-Harris ticket had a plan to make child care affordable, to make preschool universal and to raise the wages for child-care workers.

While the Biden-Harris plan is bold and the proposed changes are long overdue, January 2021 is the earliest we are likely to see any movement on these ideas. By then, it will be too late for children whose learning has been disrupted and for the women whose economic participation has been interrupted.

Local efforts to assist child-care providers also have stalled. In 2018, San Francisco voters passed Proposition C, a local tax on commercial rents, which would have generated an estimated $145 million in annual revenue for early care and education. Business and tax groups however are challenging the measure in court.

The November ballot in San Francisco will include Proposition F — which, if it passes with a 51% majority, could help the city unlock millions of dollars of currently inaccessible child-care funding. 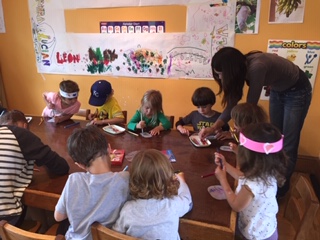 Without federal, state and local efforts to address the child-care crisis, children will suffer. The effect will be severe for children in communities of color, such as the Mission District in San Francisco, where access to quality child care has supported significant growth in children’s kindergarten readiness.

Women will withdraw from the workforce, reducing family earnings and harming the women’s lifetime earning power. The effect will be more acute for women of color. Moreover, the child-care workforce is predominantly female, with a high concentration of Latina and Black women.

The number of women working as child-care providers dropped by one-quarter million since May, representing a 20% drop in employment. Without public assistance, nearly half of all minority-owned child care providers may have to permanently close.

Our elected officials talk a good game. They say they support child care and value how critical child care is for America’s economic recovery, but relief has not materialized. Families and child-care providers are struggling, putting our economic recovery and children’s development at risk.

It is time for leaders and lawmakers to walk the talk — and go beyond empty rhetoric to truly make children, families and child-care workers a priority and provide at least $50 billion in federal pandemic relief funding to stabilize the child-care sector.