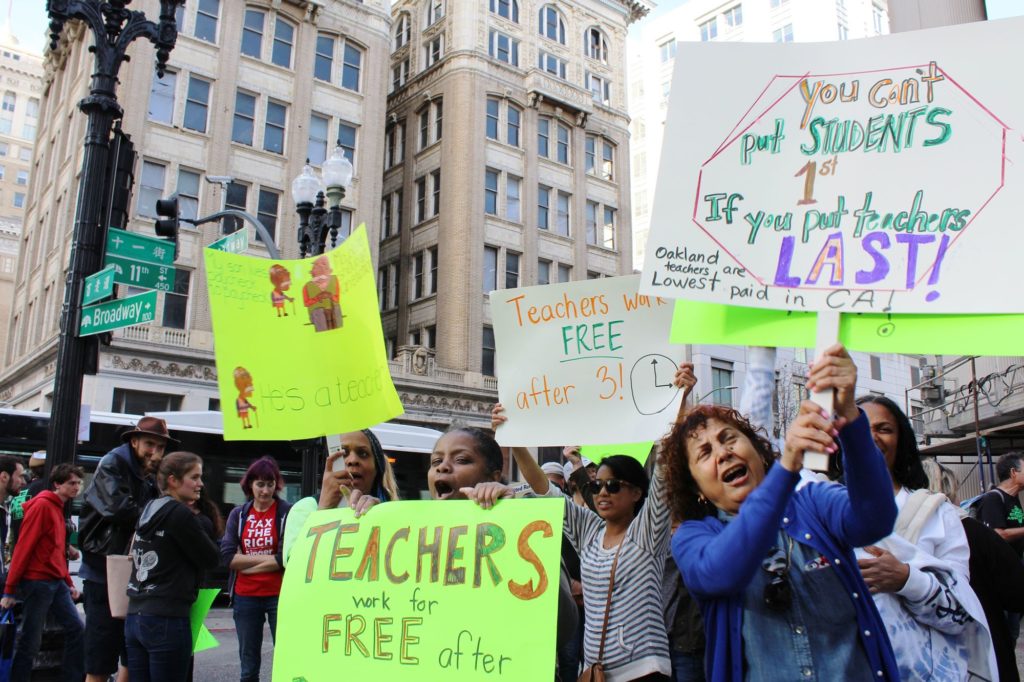 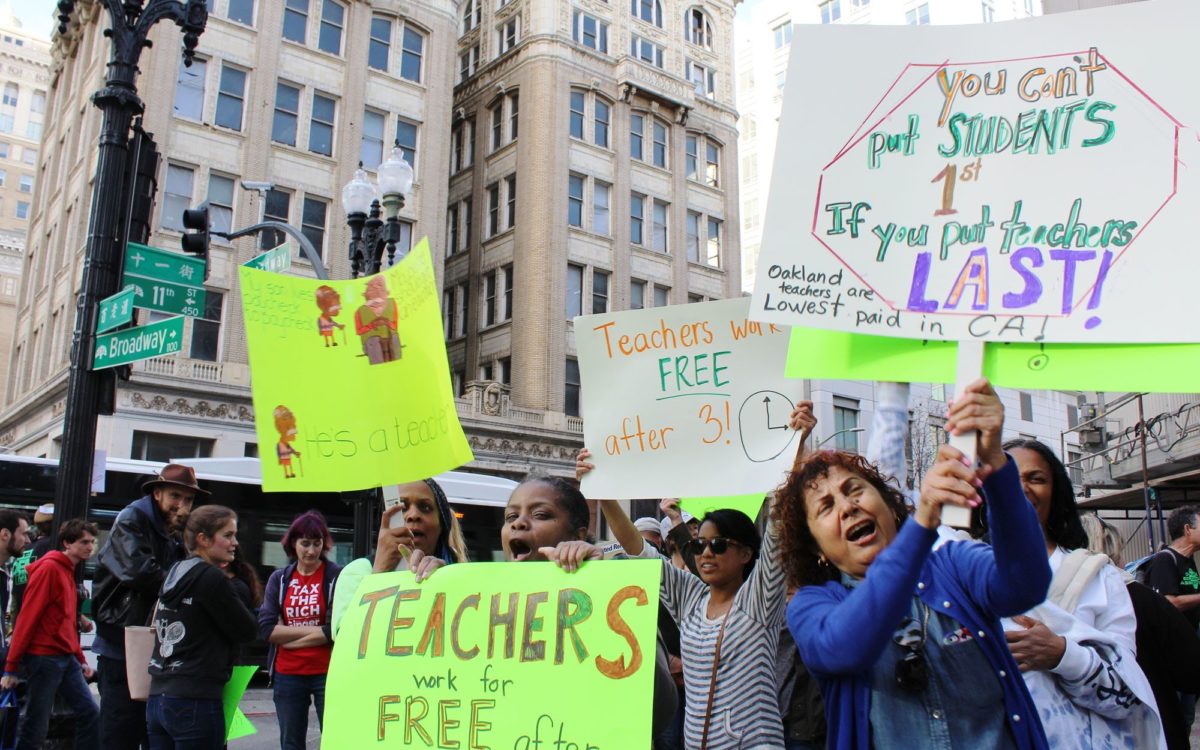 Teachers are continuing to fall behind other college graduates in the wages they earn, contributing to the difficulties many school districts in California and the nation face in filling positions in key subject areas, according to a new analysis.

The analysis is contained in a paper issued this month by Sylvia Allegretto, co-chair of the Center on Wage and Employment Dynamics at UC Berkeley, and Lawrence Mishel, a distinguished fellow at the Economic Policy Institute, a progressive Washington D.C.-based think tank.

In 1979, teachers earned 7.3 percent less than other comparable college graduates — experiencing what the authors call a “wage penalty” — but by 2018 that gap had grown to a record 21.4 percent.

The implications of the wage gap for the success of the entire public education enterprise are far-reaching, the researchers wrote. “Improving public education — by preventing teacher turnover, strengthening retention of credentialed teachers and attracting young people to the teaching profession — requires eliminating the teacher weekly wage and compensation penalty”

In fact, in 2018 dollars, teachers’ weekly wages have not grown over the past two decades.

The wage gap is exacerbating the difficulties teachers are having in covering basic expenses such as housing in high cost areas of the nation.  That is most notably the case in coastal areas of California where only a small percentage of teachers are able to afford even modest rental housing, as documented by a recent EdSource special report.

State Superintendent of Public Instruction Tony Thurmond said one reason salaries are so low “is because people have perceived the teaching profession as women’s work and they are paid less.”

“That is an injustice that needs to change,” he said. “We need to recognize that educators provide great, great support for our kids and we have to provide better compensation. There is just no other way to look at it.”

In 2018 the average teacher’s weekly wage was $1,182. That is 32.7 percent less than the $1,777 weekly wage earned by other comparable college graduates. That’s double the 16.4 percent wage disadvantage teachers experienced in 1996. 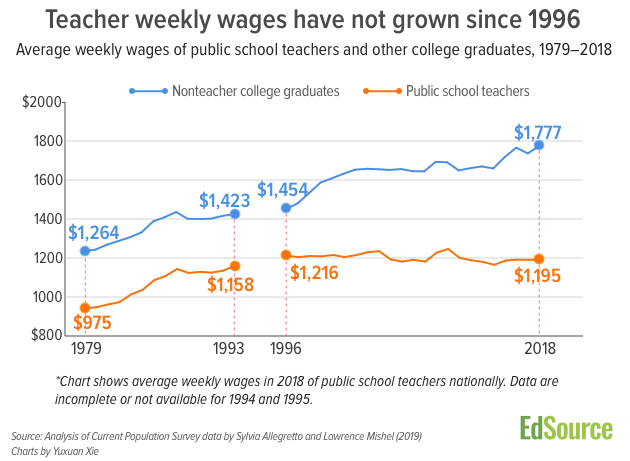 Despite tremendous changes in the workforce and the opening of numerous other opportunities for women, women still comprise three-quarters of all teachers. Allegretto and Mishel’s research provides a powerful explanation for why.

They found that the wage gap is especially large for male teachers — growing from 17.8 percent in 1979 to 31.5 percent in 2018 compared to other male college graduates. That, Allegretto and Mishel argue, “goes a long way toward explaining why the gender makeup of the profession has not changed much over the past few decades.”

In fact, the percentage of men teaching in public schools has dropped from 32.2 percent in 1979 to 24.9 percent in 2018, “a trend that is consistent with a male teacher wage penalty that is extraordinarily high and rising,” the authors state.

While what women teachers earn has improved over many decades, their wages still fall behind what other college graduates earn. And that has not always been the case for women in the teaching profession.

Allegretto and Mishel point out that one positive side of teachers’ compensation is that the benefits they get make up a larger part of their overall compensation package than they do for other comparable college graduates.

This “benefits advantage” only partially offsets teachers’ lower wages. The authors say that the wages teachers receive are more important. “Only wages can be saved or spent on housing and food and other critical expenses,” they note.

There are also substantial differences in the wage gap among states. California teachers on average earn 16.3 percent less than other college graduates — making it the state with the 32nd-highest wage gap in the nation. Arizona, with a 32.6 percent wage gap, tops the list.

Allegretto and Mishel point out that four of the seven states where teachers earnings lag the most — Arizona, North Carolina, Oklahoma and Colorado — experienced major teacher strikes over the past few years.

“It’s no surprise that the states that have seen teachers strike and walk out over the past year are the states that have some of the highest teacher wage penalties,” Mishel said. “While teacher pay is only part of the story, it is an important element. If we are going to have excellent schools, we must make sure that teachers are paid for their work.”

Until the wage gap is closed, State Superintendent Thurmond said “creative strategies” will be needed to help teachers cope with the high cost of living in California. He has, for example, proposed providing districts grants to build affordable housing on surplus property for school personnel.

“If we are honest, California is a hard place to be a teacher,” he said. “Salaries are low compared with other industries, living conditions are hard and work conditions are hard. If we want to close our teacher shortage we have to do a better job at compensation.”