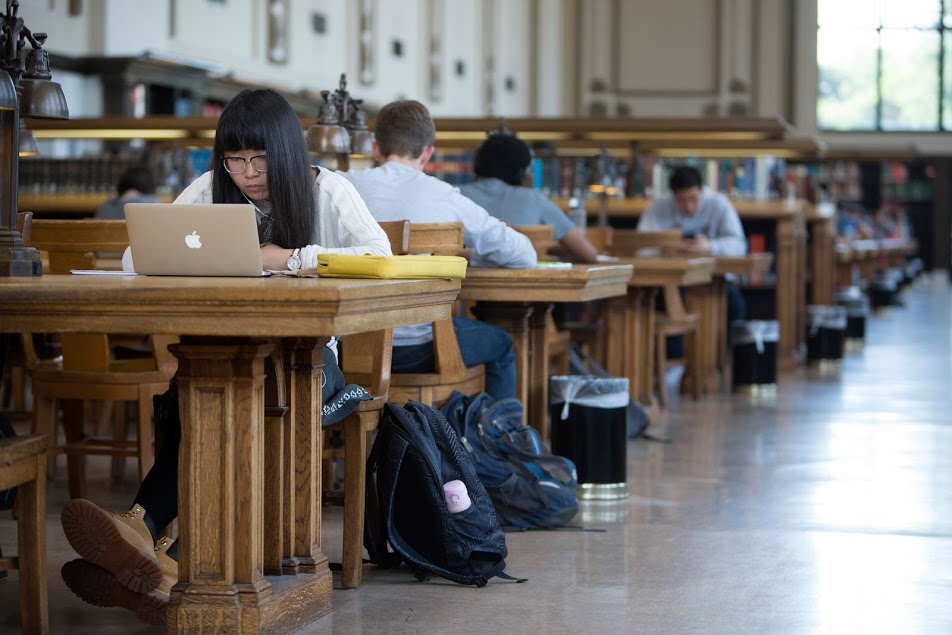 University of California regents revolted two months ago with surprisingly strong emotion against an administration plan to raise tuition for out-of-state and international students. The opponents said they feared that the $762 proposed hike, to a $42,324 total, would allow only the wealthy to attend UC’s nine undergraduate campuses.

On Thursday, however, the regents approved a revised version of the plan with a key difference: it will set aside an estimated $2.9 million — ten percent of the new revenue — for financial aid for needy students from outside California who have been barred from receiving UC grants.

By providing some aid, the compromise “would also help ensure that the University’s nonresident population includes students from diverse socioeconomic backgrounds, thereby enhancing the quality of a UC education for all students,” according to the measure proposed by UC president Janet Napolitano.

She said on Thursday that she had worked over the past two months to address the worries expressed in March about her original plan. “We heard those concerns loud and clear,” Napolitano said. The regents then approved the plan in a 12-6 vote with one abstention.

The proposal tries to balance competing demands and political pressures.

Napolitano said the non-resident tuition increase would benefit California students by helping to pay for more classes, the hiring of new faculty and improved campus buildings. The loss of that $29 million, she said Thursday, would have had “an impact on the educational programs we can provide to our undergraduates, be they from California or be they from out-of-state.”

The university is keeping tuition in 2019-20 for Californians at the current $12,570, not counting living costs and some campus fees.

UC has felt intense pressure from state legislators to slow down the increase in enrollment of non-Californians, which many state residents see as taking seats away from their own children. The ranks of non-Californian undergraduates at UC skyrocketed after the recession to help fill in for state budget cuts: from about 5 percent of undergraduates to the current 18 percent of all 222,500 undergraduates in fall 2018, according to university statistics. That ranges now from about 24 percent at UCLA and UC Berkeley to less than one percent at UC Merced.

UC regents two years ago adopted a new policy that freezes the percentages of non-Californians at four undergraduate campuses — Berkeley, Los Angeles, San Diego and Irvine — while allowing growth to between 18 and 24 percent at the other five. Some legislators want those caps to be even lower.

Yet, some regents were concerned about how higher tuition might squeeze out low-income students who come from outside California. The recent admissions scandal at UCLA and campuses around the country heightened fears that UC would be seen as accommodating only the wealthy. Student leaders also opposed the increase, saying it threatened the geographic diversity among classmates that they say is important to Californians’ education.

So a numerical compromise was struck.

For eligible California students, a third of all tuition revenue usually is set aside for financial aid. In the new plan for non-Californians, the ten percent aid set-aside is designed to be sharply lower.

Still, it will help since UC aid from tuition or state dollars was phased out for non-California students over the past few years. Those non-residents were still able to receive federal Pell Grants and private scholarships administered by the university but nothing from UC’s main aid program.

With the new $2.9 million for non-residents’ aid approved Thursday, “UC campuses will be better positioned to support nonresident undergraduates from lower- and middle-income families,” according to the measure. The amount would be enough to fully cover the $762 increase for ten percent of all nonresident undergraduates. That appears to come close to the percent of students from outside California who are financially needy, officials said. About nine percent took out a student loan in 2017-18 — which officials said is a strong indicator of need.

But critics emphasize that the new aid will cover only a small portion of needy non-residents’ costs and that they still will receive much less aid than Californians.

The UC Student Association, which represents all students regardless of their home state, remains opposed to the tuition increase for non-residents even with the revision.

The association’s president Caroline Siegel-Singh, who attends UC San Diego, said the revised plan is better than the last one because its financial aid component “recognizes that the UC has a responsibility to support low-income non-residents who contribute to the socioeconomic and racial diversity of our university.” But she said those eligible students from out-of-state deserve significantly more aid than the plan provides. She said the changes seem mainly a way to gain regents’ votes for the increase rather than intending to provide aid.

UC administration presented data that show that demand for spots on UC’s nine undergraduate campuses remains strong from out-of-state despite rising costs. And statistics also show a relatively affluent group of students: 70 percent of UC undergraduates who are Americans from other states and 62 percent of international students report family incomes above $116,000 a year.

Even though undocumented students can not receive federal financial aid, most of them can receive special state grants to cover their tuition. However, several regents on Thursday said they remained worried about rules that limit that state aid for undocumented students only to those who attended California high schools for at least three years. So young people who live in California but do not meet those rules are treated as if they are foreigners, ineligible for federal or state aid. UC administrators estimated that only 30 UC students are in that quandary.

Some regents wanted to make the tuition increase conditional on the passage of a state law that would help those undocumented students facing that special circumstance, but the regents voted against that. UC administrators said they are working with legislators to change those rules.