Above: Barstow Community College is about 70 miles away from the closest CSU, Cal State San Bernardino.

When it comes to transferring from Barstow Community College to the nearest public university 70 miles away, Karla Magana is more worried about the commute than the academics.

The 32-year-old mother of four is concerned about the distances and driving expenses to CSU San Bernardino, where she hopes to transfer to earn a bachelor’s degree and teaching credential. She is steeling herself for weather barriers through the mountains and the infamously clogged Cajon Pass.

“If it snows or there are fires, that will stop you from going to school. So yes, it would be nice to have a university nearby,” she said.

The same wish can be heard at many other rural community colleges across California. Beyond financial and family obligations, distance to state universities keep many students in rural areas from transferring to those schools, officials say.

This article is part of an EdSource special report on the challenges facing schools and students in California’s rural communities. This report details how fewer students from rural areas transfer to the state’s universities and how the state is considering building a new California State University. Search the transfer rates of the state’s community colleges and view possible locations for a new CSU.

“We have so many students who have great potential and could get that degree if not for the transportation issue and not being able to move away from family,” said Barstow Community College English professor Susan Nylander, who herself made the 65-mile drive from Barstow to CSU San Bernardino when she earned her master’s degree after a career in radio.

A wish for a local university

Her dream is for CSU to build a new campus in Barstow’s High Desert region, halfway between Los Angeles and Las Vegas. She even has a name for it: Cal State High Desert, which would serve the relatively isolated region that is punctuated by stunning vistas of the Mojave Desert, high poverty and low college attainment rates.

It’s unlikely anything will come of her dream even though the wider area, known as the Inland Empire, the region of San Bernardino and Riverside counties that includes Barstow, has a low rate of adults with college degrees: 21 percent compared to 34 percent statewide, according to the U.S. Census. 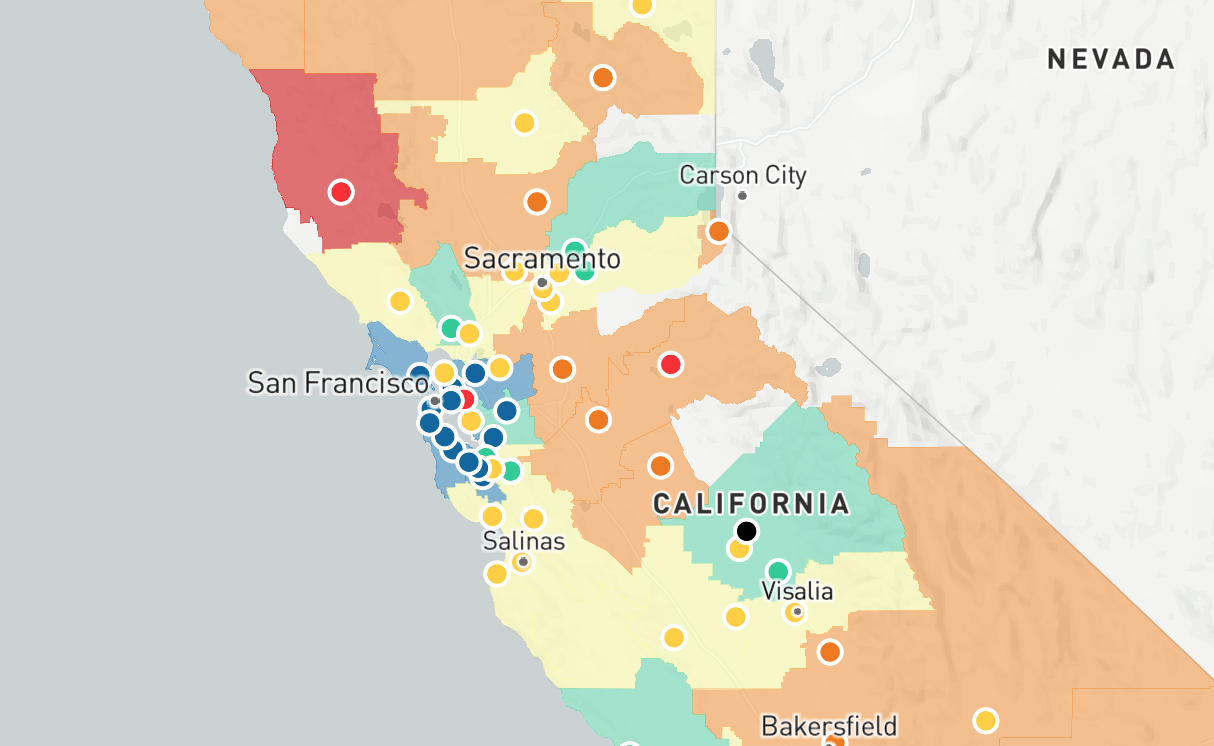 View EdSource’s interactive map showing what percentage of students transfer for a bachelor’s degree within six years at each of California’s 114 community college campuses.

“If we were able to get a university here, it would really help people with upward mobility, with jobs and so much we are trying to do here,” she said, after delivering a class lecture about the ways that advertising seeks to appeal to consumers.

Whatever the chances, her dream is timely since the CSU system, with a push from the Legislature, is starting a $4 million study on where it might build a new, 24th campus. It is looking at such factors as student demand and future population trends. Lawmakers have asked that the committee especially look at five areas with strong potential enrollment and some political muscle — Stockton, Silicon Valley, Concord, Chula Vista and Palm Desert — along with other locations thought to be underserved by public higher education.

All that may not help the High Desert. There probably aren’t enough potential local students and the location is likely too remote from other parts of the state, despite plenty of bargain-priced land.

Many students are place-bound

At Barstow Community College, only 32 percent of students who enroll in classes with the intention to transfer actually move on to a bachelor’s degree-granting college or university within six years. That includes many who enroll in online programs from out-of-state schools.

In contrast, the College of Alameda, located next to Oakland, sends half of its students on to colleges or universities in pursuit of four-year degrees. At Irvine Valley College, in an affluent Orange County neighborhood, 61 percent of students successfully transfer.

“The evidence is really compelling that many of our students are place-bound,” said Stacy Fisher, senior director of strategic projects at the Foundation for California Community Colleges.

Many students who attended community college in the Inland Empire, the Far North and parts of the Central and San Joaquin valleys are stuck beyond reasonable commuting distance to universities and unable to move to a residential campus for a bachelor’s degree because of family and job responsibilities, she said. 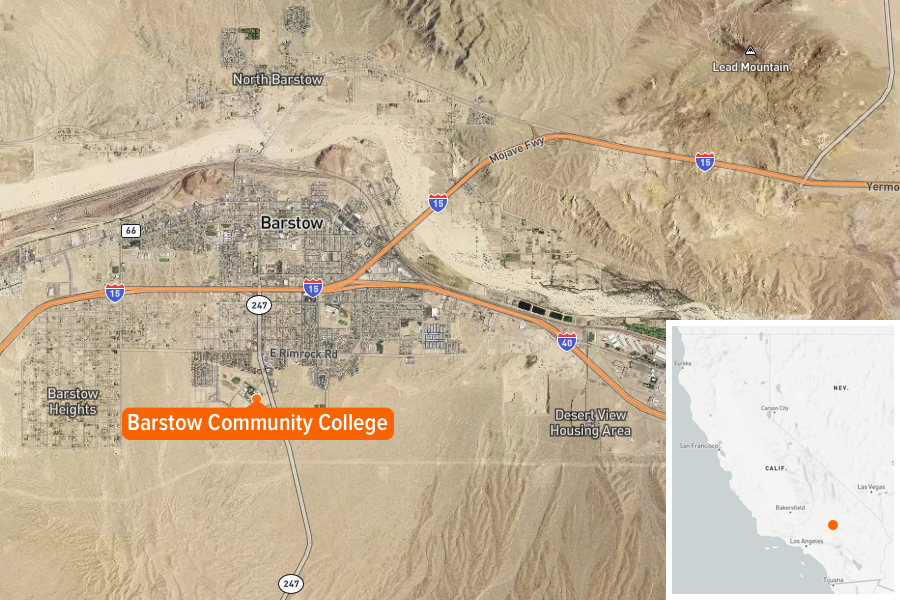 The dilemma facing the CSU system and state legislature is whether to build a new multi-billion campus, if at all, in a rural region “that still needs to be served or to serve a lot of students who need to be served but may not be in rural areas.” Fisher said she did not know the best solution.

In the Far North and eastern Sierras, some students leave California to transfer to more conveniently located universities in neighboring Oregon and Nevada. In fact, almost as many students from Feather River College in Quincy go on to University of Nevada, Reno, about 70 miles away, as to Chico State or other California public universities.

The Reno campus allows transfers with fewer credits than the CSU system does and reduces out-of-state tuition for Californians who meet academic requirements. Going out of state, however, means giving up a potential Cal Grant, which can total as much as $12,570 a year and cover full tuition for eligible students at a CSU or UC campus.

To the south, Barstow College’s quiet campus, mainly one-story brick structures hugging a central courtyard of palm trees and cedars, overlooks the city of 25,000. To outsiders, the area is sometimes known just as a pitstop for Las Vegas gamblers. Students from Los Angeles and San Francisco campuses would marvel at how easy it is to find a free parking space just a five-minute walk from class.

Barstow enrolls 2,600 full time equivalent students and many of them are enrolled online part-time and some are at a satellite center for soldiers at the Army’s Fort Irwin, 37 miles away. Park University, a private institution based in Missouri that enrolls many military students nationwide, has a small center at Barstow College that offers bachelor’s degrees in management, criminal justice and public administration.

Beyond that fort and a nearby Marine base, the railroads, warehouse distribution centers, mining and retail outlets are among the biggest employers in the area. The city’s poverty rate, 36 percent, is double the state average.

Emily Torres, 20, a student in Nylander’s English class, now juggles school and a nearly full-time retail job. She is intent on earning a bachelor’s degree in psychology — and hopes to be the first in her family to get a four-year degree.

She plans to commute to CSU San Bernardino, or further, to UC Riverside, where relatives can offer a place to stay once in a while if it gets too late for her to tackle the two-hour drive home. Those distances deterred many of her high school friends from attending college full time or at all, she said. If there were a Cal State closer by, “I think it would have been more convenient and would have pushed more of my friends to go to school,” she said.

Classmate Magana went to cosmetology school after high school only to discover she was allergic to some of the hair products. She then worked a variety of jobs and now has four children, ages nine and younger.

“I always wanted to go to college, but I just wasn’t ready,” she said.

She began at Barstow College a year and a half ago, with child care help from her mother, and wants to transfer next year. “I’ve come this far and I’m this old,” said Magana, whose husband works in the construction industry. “So I better do it.”

Partly reflecting its small size, Barstow’s transfer numbers are tiny compared to schools with high transfer rates like Santa Monica or Pasadena community colleges — where the numbers are well above 1,000 a year. According to Barstow’s records, 66 of its 2,600 students transferred to a Cal State this year, with 35 of those to San Bernardino and the rest scattered around the state. Eleven went to a UC, with Riverside the most popular. The other 140 went to private colleges in California or, in bigger numbers, to online schools.

Tanesha Young, Interim Dean of Counseling and Student Success, said the campus is working on improving its transfer rates by expanding associate degree programs that guarantee transfer into the CSU system. The school also is trying to bolster its UC transfer numbers by adding science courses, such as physics next fall, that will fulfill requirements for science majors applying to UC.

“Financially they feel they can’t do it and transportation continues to be a problem,” she said. Some students just can’t “commit to going up and down the hill” to San Bernardino or elsewhere. 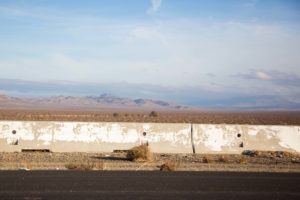 Palm Desert, 120 miles to the south of Barstow, where CSU already has a satellite center, is thought to be one of the most likely sites in Southern California for a new campus. While Palm Desert technically shares the Inland Empire region with Barstow, it is just too far away for Barstow students, Young said.

Taking a break from the party, student government president Maiya Leasau, 22, who is a freshman business administration major, said she hopes to transfer to CSU Long Beach in 2021 and possibly go on to law school. Her brother lives in Long Beach and she might be able to live with him, avoiding the hassles and extra expenses of finding her own place, she said.

But without such a helping hand, many people in the High Desert region don’t want to or can’t move away for education or jobs, she said.

“It’s more difficult to go to those universities because of how far we are,” Leasau explained. “It’s more than wanting to get that education. It’s having to establish a secure place without breaking your back.”