$90 million in loan forgiveness for new teachers in critical areas 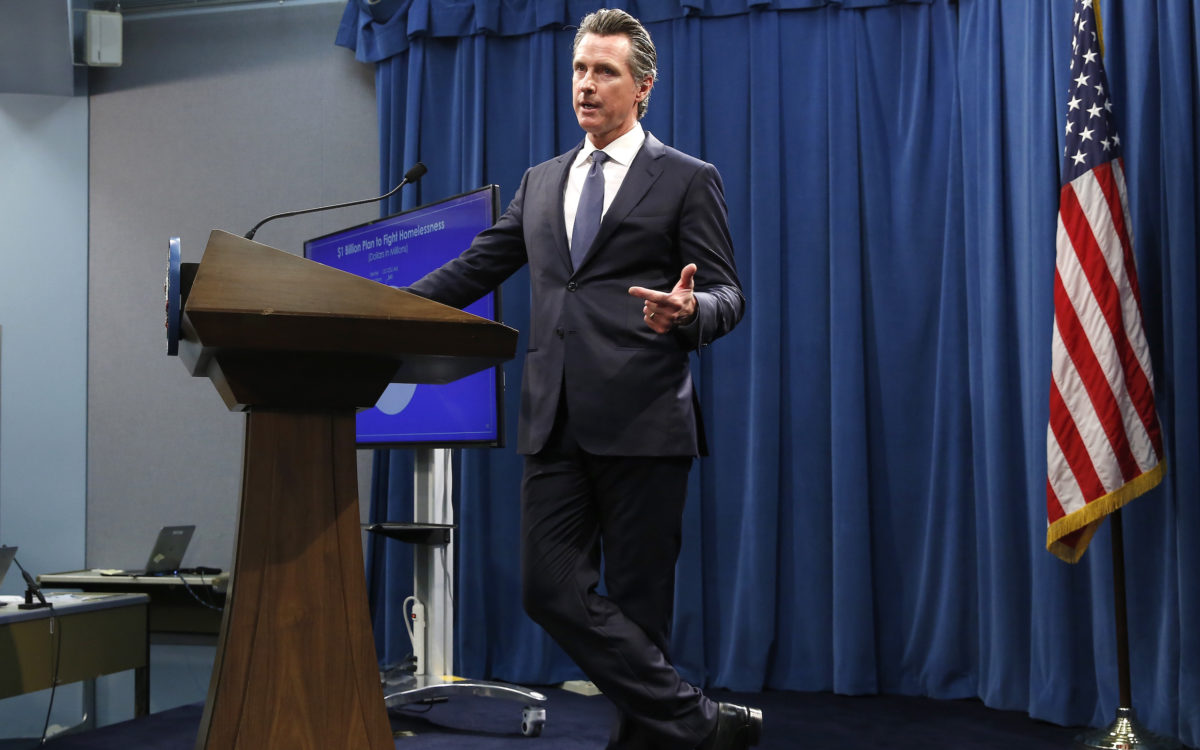 Gov. Gavin Newsom is taking advantage of additional revenue to put his stamp on education, boosting funding in his revised state budget for his top priority — early childhood education and child care — while creating $90 million in college loan assistance to fill critical vacancies for science, math and special education teachers in K-12 schools.

Total funding for education, including early childhood programs, would make up 45 percent of the state’s general fund, Newsom said. That is well beyond the approximate 40 percent minimum that state law requires. Total state general spending in 2019-20 would be $147 billion, about $3.8 billion more than in the current year.

Newsom called his education budget “impressive, with significant enhancements.” He presented the additional spending on Thursday as part of the budget revision that traditionally comes out in mid-May and is the document on which the State Legislature must act by June 15. (See pages 17 to 23 of the May revision ebudget summary of the K-12 spending plan.)

In his revised budget for higher education, Newsom is proposing $10 million to help college students with emergency housing costs — although he stopped short of expanding the state’s Cal Grant program to cover full expenses of rent and food of all needy students (see story). Among the nearly $2 billion more in proposed spending for early childhood education, Newsom would allocate $600 million over 3 years, to build or renovate kindergarten classrooms and $500 million for construction or expansion of child care facilities and staff training for child care providers (see story).

“We’re glad to see Governor Newsom’s revisions to his state budget proposal signal a commitment to the types of bold action that move California closer to educational equity and justice,” Elisha Smith Arrillaga, executive director of nonprofit advocacy organization Ed Trust-West, said. “We are happy to see his May revision include an increase of funding to support access to child care for low-income families. We appreciate the governor proposing an investment in the teacher pipeline that provides some financial relief to teachers.”

Before the Great Recession, California had a loan forgiveness program called the Assumption Program of Loans for Education or APLE, and State Superintendent of Public Instruction Tony Thurmond had proposed reinstituting a similar program when he was in the Assembly. So did Assembly Education Committee Chairman Patrick O’Donnell, D-Long Beach. But then-Gov. Jerry Brown opposed the spending.

Newsom credited Stanford University Professor Emeritus Linda Darling-Hammond, whom he named president of the State Board of Education, for “reinforcing the urgency” of funding for career scholarships, as well as $45 million in one-time funding for teacher training in a range of areas: computer science, student emotional health and wellness, STEM and discipline practices to reduce suspensions.

School districts have complained that rising expenses for students with disabilities and for employee retirement costs have been eating into their general fund, limiting their ability to reduce class sizes, increase teacher pay and meet their obligation under the Local Control Funding Formula to expand programs for low-income students, English learners and foster children.

In response, Newsom would have the state absorb $3.1 billion of districts’ obligation to CalSTRS, the state pension fund for teachers. This figure is $150 million more than Newsom proposed in January and would include $350 million each of the next two years. Districts’ contributions to CalSTRS would drop from 18.1 percent of payroll to 16.7 percent — significant short-term relief.

Newsom also would allocate 21 percent more — $696 million — in ongoing funding for special education next year. However, the governor and the Legislature may disagree on how to spend it. Key legislators want to equalize the funding formula for students with disabilities; the per-student amount currently varies by hundreds of dollars among agencies that serve districts. The Legislative Analyst’s Office has endorsed this approach. Newsom is proposing to distribute the new money to districts with high percentages of students with disabilities and low-income students, English learners and foster youth.

In January, Newsom proposed about $1.8 billion for services and education of young children, including expanding preschool for low-income 4-year-olds and full-day kindergarten for 5-year-olds and building and renovating more childcare facilities. On Thursday, he said he would add $134.7 million for subsidized childcare for more young children, with $80 million funded by marijuana tax revenue. Children who are initial beneficiaries of CalWORKS, a county-run program that provides cash assistance and other benefits to low-income families, would get a year of uninterrupted childcare.

“California public education is stronger today than it has been in years and we applaud the governor for his fiscal growth mindset that will position our students to be leaders of our next generations,” said Wesley Smith, executive director of the Association of California School Administrators.

Rainy-day funding: To soften the impact of volatile revenue swings during a recession, voters in 2014 passed Proposition 2, a constitutional amendment to squirrel away money into a rainy day fund. The rainy day fund for the general fund will soon reach the maximum of 10 percent of funding, about $15 billion.

And for the first time, funding levels and a good economy will trigger putting nearly $400 million aside next year into a separate reserve for Prop. 98 funding. Newsom characterized the required savings as both “good and frustrating.” It’s good news, because one requirement is that the state has paid off past IOUs to schools. It’s frustrating, he said, because “districts can’t touch the reserve.”

At the same time, Newsom cautioned that the state was forecasting assuming a modest recession that would cut state revenues $70 billion over three years.

Eric Heins, president of the California Teachers Association, criticized putting money in a rainy day fund. “It’s hard for parents, teachers and students to understand why the state would be putting money into a reserve fund when it’s raining right now on our schools,” he said.

Computer education: Earlier this week, the State Board of Education passed an ambitious plan to expand computer science instruction for students in all grades and districts. Newsom’s budget includes $1 million over four years to the state board to hire a state Computer Science Coordinator, as well as $15 million to extend broadband internet capacity to districts needing it. And in his budget message, Newsom said his administration would develop a comprehensive plan for next year’s budget to fund computer science for all students.

Charter schools: Governors often use budget language to put new policies into law. Newsom plans to use a budget “trailer bill” to impose further transparency requirements on charter schools in order to “level the playing field for both traditional and charter schools.” The statutes would: