Teacher activism in California takes on an increasingly 'red' hue 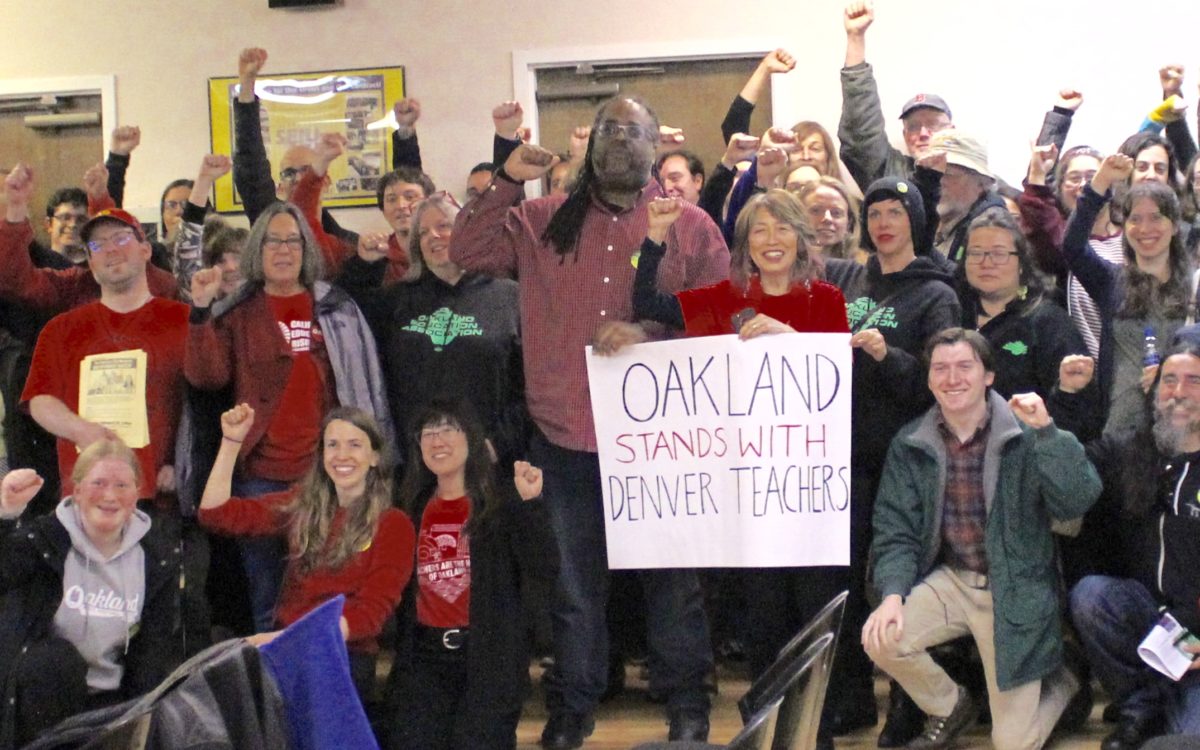 The Red for Ed teachers movement, which originated to advance teachers’ demands in states with Republican legislatures, is now spreading through California at a quickening pace.

On Friday, teachers in dozens of districts put on red T-shirts and turned out to participate in a statewide #RedForEd Day of Action organized by the California Teachers Association, the state’s largest teachers’ union with over 325,000 members.

The focus of the actions was to declare support for Oakland teachers, who appear to be on the verge of striking as they seek higher pay and to head off a series of school closures in that district. It is unclear whether the statewide activities will strengthen the bargaining position of Oakland teachers.

The Red for Ed movement was born in a wave of strikes and teacher protests in West Virginia, Kentucky, Oklahoma, Colorado, Arizona and North Carolina. Except for Colorado, in each of those states the legislatures are controlled by Republicans.

But the California Teachers Association is clearly attempting to put the issues that were central to the teachers strike in Los Angeles, which are similar to ones in Oakland, on the agenda for debate and discussion in districts throughout the state. Those concerns, according to the CTA, include smaller class sizes; more nurses, librarians, counselors and psychologists; safer schools; stronger oversight of charter schools and policies to attract and retain teachers.

“We are unified in our support for each other and in our fight to make sure all our students have the resources they need to succeed,” said CTA president Eric Heins.

Although salaries were an issue, they were not the main focus of organizing efforts in Los Angeles and they make up just one of several contentious issues in Oakland and Fremont Unified in Alameda County and in San Ramon Valley Unified in nearby Contra Costa County, where contract negotiations between teachers and their districts are underway.

Over 40 union locals throughout the state demonstrated Friday in some fashion in support of Oakland teachers — as well as to highlight similar issues in their own districts. Teachers were encouraged to sign the RedforEd petition, which had collected more than 5,000 signatures toward a goal of 6,400 by Friday morning. Many organized what they called a “walk-in,” in contrast to a “walk-out.” A “walk-in” involves teachers, students, parents and others meeting in front of their school a half hour before school starts and walking in together.

Richmond is part of West Contra Costa Unified, where teachers from several schools may also “adopt” Oakland schools during a strike and march with teachers during their own school break next week, when their schools are closed for the President’s Day week.

After both Oakland Unified and the Oakland Education Association, which represents the teachers, received a neutral fact-finding report on Friday, Superintendent Kyla Johnson-Trammell released a video statement saying she was “encouraged” by what it said about the teachers’ demands for increased salaries, reduced class sizes and additional student supports.

“We are hoping the teachers’ union will now accept our invitation to meet at the table to discuss solutions and reach an agreement,” she said.

Things may come to a head this weekend. The Oakland Education Association intends to release the fact-finding report after a 1:30 p.m. Saturday news conference, where the union is expected to announce whether or not it will strike. “If we get serious indications from the district that they are willing to offer a significant proposal, we would definitely consider coming to the table,” said Keith Brown, the teachers’ union president.

To help plan for a successful strike, the Oakland teachers’ union recently invited Arlene Inouye, the chairwoman of the bargaining unit for United Teachers Los Angeles, to speak to its members about lessons learned from their strike.

Calling this a “historic moment” with a “teacher strike wave” crossing from Los Angeles to Denver and possibly to Oakland, teacher Hannah Klein said a movement is building for teachers’ rights.

“What we’ve learned is that when teachers organize alongside students and parents,” she said, “the sky is really the limit.”