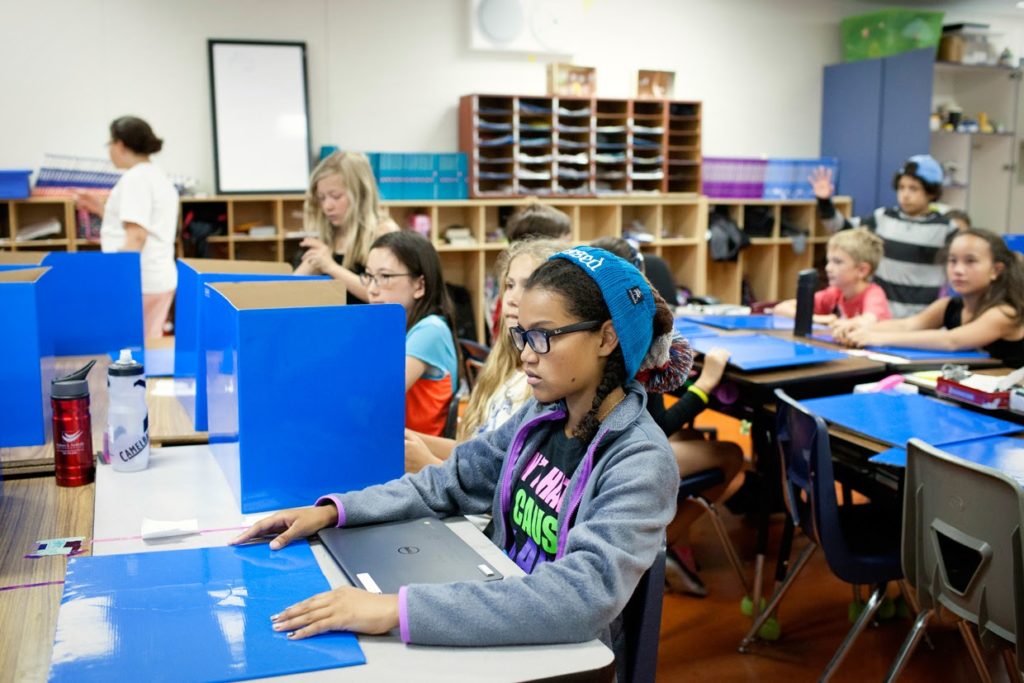 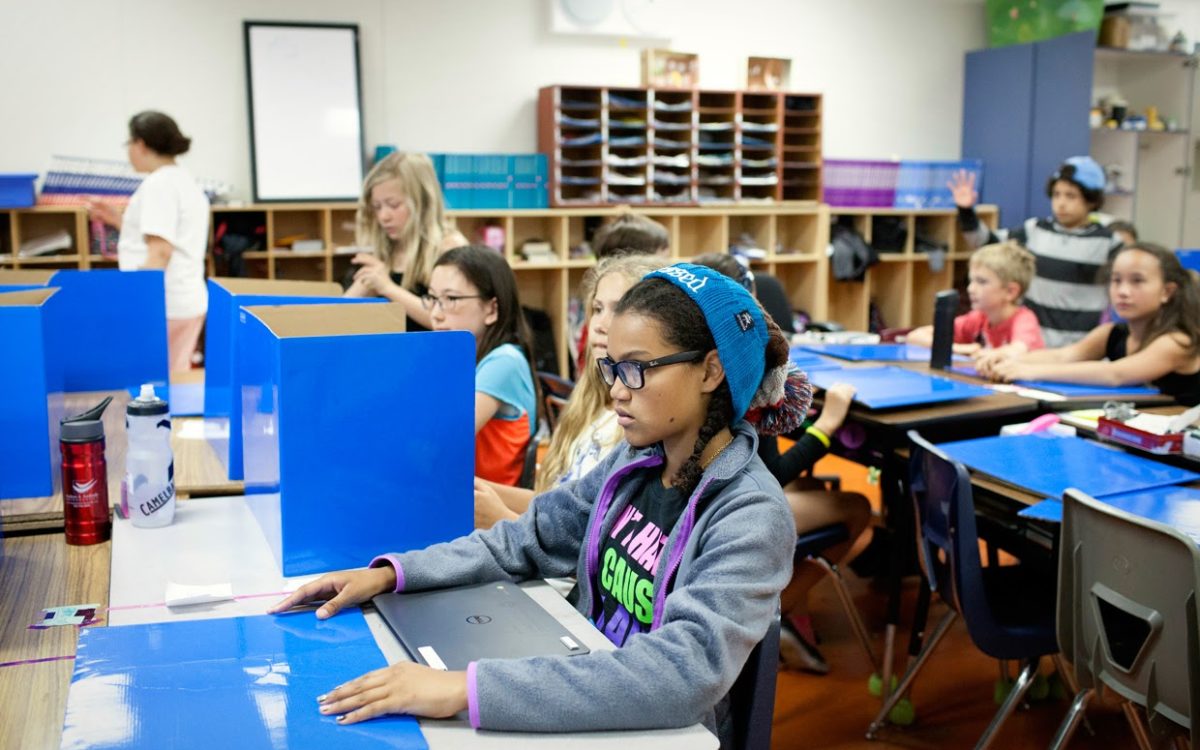 Despite a new science test that has increased demand on the internet capacity of schools, this spring hundreds of thousands of California students went online to take standardized tests aligned to new academic standards without experiencing major technical problems.

The peak testing session for Smarter Balanced in 2019 so far occurred on May 7, when 683,673 California students logged in to take the tests from their laptops and tablets — a record number. In 2017, about 500,000 students went online at the peak of testing. That was still well below the capacity of the system, which can handle 1.75 million simultaneous users, according to state officials.

The testing window opened on Jan. 8 and will close on July 15 and most students have already started or completed the exam. As of June 4, about 3.1 million students had completed the Smarter Balanced tests out of an eligible 3.3 million.

The successful administration of the test reflects investments of tens of millions of dollars in recent years in upgrading the internet capacity of California’s schools.

However, a small number of schools, especially smaller ones in rural areas, are still having difficulties getting online to access the system. Educators there have to stagger test times to make sure they are not overloading their broadband capacities.

This is the fifth year that California students in 3rd to 8th and 11th grade are taking standardized tests aligned with the Common Core that school districts are required to administer by state and federal law. The new tests were the first online statewide assessments in California. The previous tests, known as the California Standards Tests, were aligned with the old standards and were all paper and pencil tests.

At the time Smarter Balanced testing began, many districts worried not only whether students would be prepared to take the tests, but whether they had adequate technology and broadband access in order to administer the online tests successfully. This year California added another online test, the California Science Test, putting additional pressures on the state’s online testing capacity. The science test is aligned with the Next Generation Science Standards, which are new science standards adopted by the state in 2013.

Today, most schools have the bandwidth they need to administer the online test. At least 92 percent of California students have access to the minimum internet speed that test developers recommend, according to an official from the K-12 High Speed Network, a state project funded by the California Department of Education to help expand high-speed internet to schools.

To assess schools’ internet speeds, the High Speed Network relies on data provided by county offices of education, school district staff and charter school technology administrators. So it can be hard to get a clear read on exactly how many schools are up to speed. “Since the information is self-reported, it can be difficult to get a response” when the network asks for the data, said Angela Jones, an outreach specialist for the K-12 High Speed Network in an email. The network does not know the connection speeds for 580 California schools, which accounts for 168,059 students.

In 2014, the K-12 High Speed Network began awarding Broadband Infrastructure Improvement grants to connect schools to high-speed internet circuits. Out of 379 schools that received a grant, 25 still are waiting for the upgrade, according to Teri Sanders, chief operating officer at the K-12 High Speed Network. An additional 40 schools have applied for the grant and are still waiting for approval. The average amount awarded per grant is $140,000 in services and equipment.

Some schools whose internet circuits did not meet bandwidth requirements have had to make adjustments, such as limiting all other online activity on the days the tests were administered, reducing their testing group sizes to only a few students at a time, or transporting students to a different testing location.

That has been the case at some small schools in California’s rural areas, such as Juniper Ridge Elementary School, which currently serves just six students from kindergarten through 8th grade in Lassen County. There, only a couple of students can take the online tests at once and students who aren’t testing are assigned activities that don’t use the internet to avoid slowing down connection for the test-takers.

“The teacher has to spread out the testing schedule and she can’t have kids doing make-up tests while others are doing their initial testing,” said Jason Waddell, superintendent of Ravendale-Termo Elementary School District, which Juniper Ridge is a part of. “Although we make it work, she has to schedule things for a much longer time than if they could all test together,” he said, referring to the amount of time it takes for all students to take the test. “What may take another school two weeks to do might take her students five or six weeks.”

Juniper Ridge has gotten by with slow internet speed in the past, but this year things are harder, said Robert Talley, the technology coordinator for the Lassen County Office of Education. “They are adding more graphics with better resolutions. The test has evolved and that requires better bandwidth.”

Talley said having an additional online test has increased bandwidth needs for the small schools and districts in Lassen County. “It’s the science test, that’s the biggest reason” bandwidth has become a challenge again, he said.

Juniper Ridge Elementary has applied for funds from the next cycle of the Broadband Infrastructure Improvement grants to increase its bandwidth.

During initial tests of the science exam, Sanders, of the K-12 High Speed Network, said the internet speed users needed to log in exceeded the speed test makers recommended. But most districts have avoided problems since they have internet speeds that exceed the suggested levels.

Scott Roark, information officer at the California Department of Education, said the two tests — the Smarter Balanced tests in math and English and the California Science Test — were developed with the same bandwidth requirements.

In the Bakersfield City School District, there haven’t been any problems administering the online science test this year, said Lori Aragon, coordinator for educational technology, data and assessment at the district. And she feels that online testing has “significantly improved over the years” as district and school leaders have grown more familiar with the testing system.

But her district did encounter a glitch when students began taking the Smarter Balanced exams: the system wouldn’t respond correctly when too many students tried to log in at once. “If we had 300 or more students (taking the test) at the same time, it caused an issue. So we told the school sites to start different grade levels at different times,” she said. Staggering the times by a few minutes helped resolve the problem, but “if they all logged in at 8 a.m. it didn’t work.”

She added, “It had nothing to do with the test. It was our internet access.”

At the Fresno Unified School District, Cin Rogers, coordinator for state assessment, said, “We haven’t had any problems with Wi-Fi and we have enough broadband and devices.”

By taking practice state tests throughout the year, teachers and students in Fresno have also grown comfortable with the testing system since 2015, she added. “There’s no question about how to log on any more,” Rogers said. “It’s as familiar as using paper and pencil at this point.”

A hotline and online chat tool are available if test coordinators encounter technical problems with the testing program. Even with two new online tests — the state introduced both the California Science Test and the California Spanish Assessment this year — the number of calls to the hotline has decreased. From January to May of 2018, 23,514 calls were made to the center. During the same time frame in 2019, the hotline received 20,849 calls.

Most of the calls made to the helpline are for minor issues and general troubleshooting, according to an official at the California Department of Education. That often includes questions about set up, adding users, technology requirements or viewing student scores.

No entire school district is using paper-pencil tests this year, according to Roark. “To our knowledge, there are no districts in California that do not have access to either (computer) devices or sufficient bandwidth to take the tests,” he said in an email.

Paper tests are available for students with disabilities who cannot test on an electronic device.

After California began using the online testing format, a number of initiatives have emerged to help schools and districts implement broadband infrastructure and purchase technology equipment for exams and digital learning. In addition to creating the high-speed network project, in June 2014 California lawmakers allocated $26.7 million to fund the Broadband Infrastructure Improvement grants, which help schools upgrade their internet connections. In 2015, the grants received $50 million in additional funding.

The nonprofit EducationSuperHighway was formed seven years ago with the goal of upgrading internet access in every public school classroom in the U.S., and in 2017 then-Gov. Jerry Brown announced a partnership with the organization that aimed to increase bandwidth in schools across in the state.