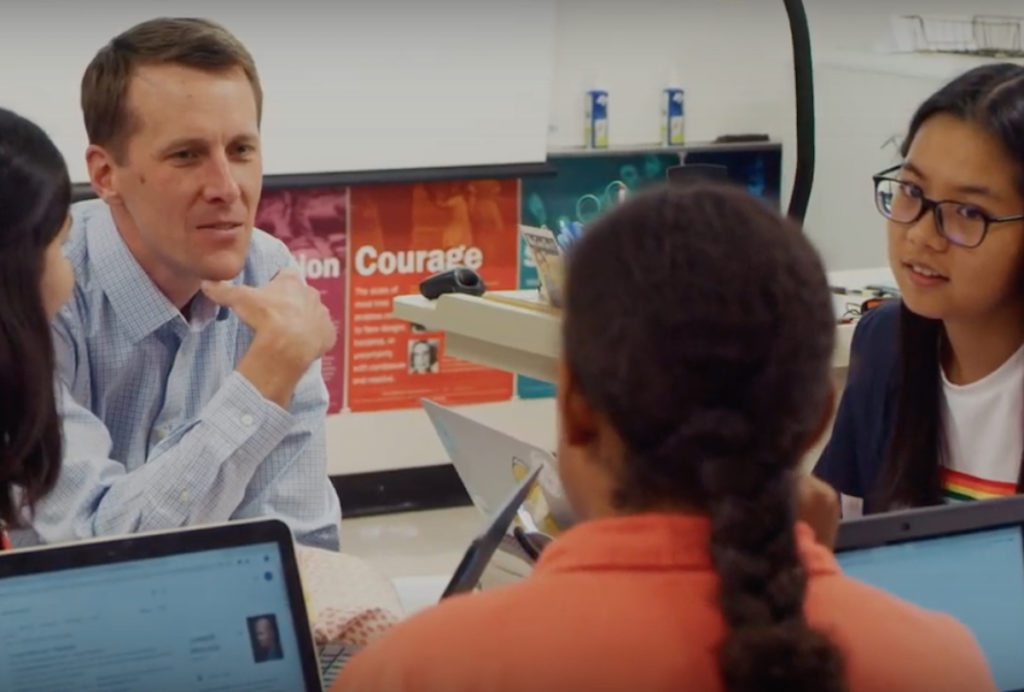 Online curriculum out of Stanford offers lessons in ferreting out misinformation. 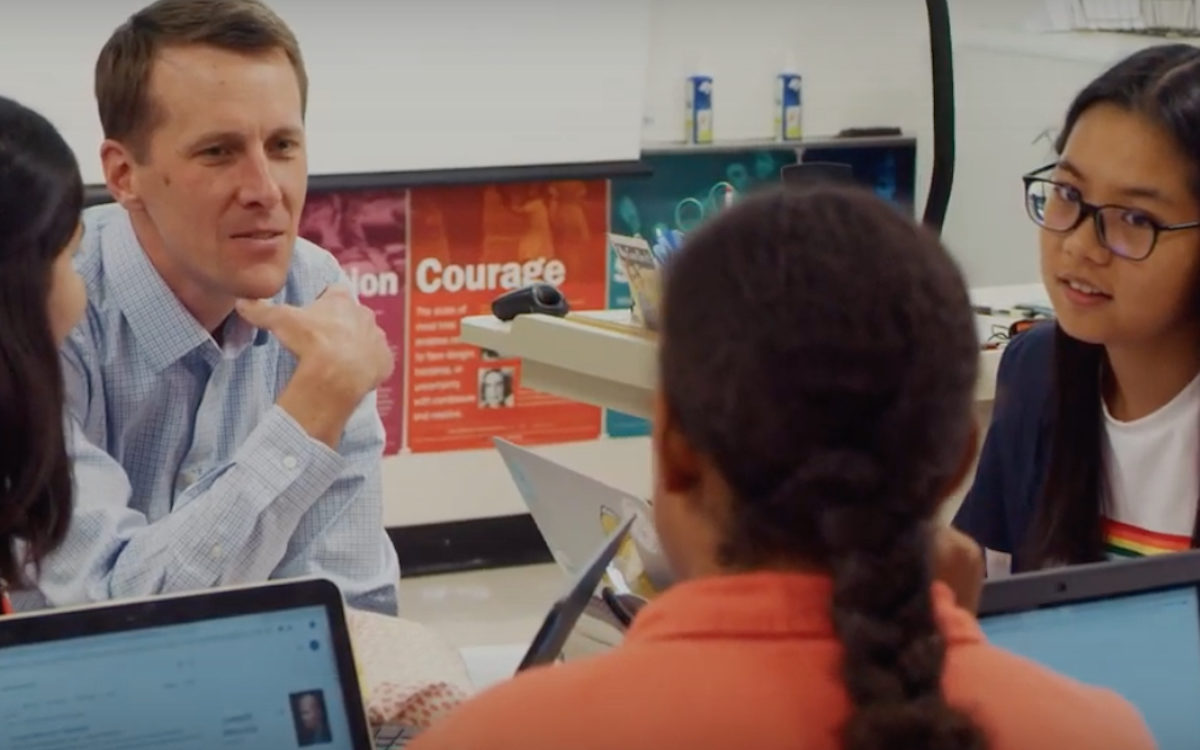 That’s at the core of a new, free online curriculum developed by a group of Stanford researchers. Civic Online Reasoning or COR is designed to help students tell the difference between reliable and fake information on the internet. The Stanford History Education Group found that the lack of a fact-checker mindset is a big part of why so many students — and adults — so often are duped by political and social issues websites.

The developers, a group of Stanford faculty, graduate students and visiting scholars, are confident that their strategies will make a difference, if students learn and then regularly use them.

The lessons “need to be explicitly taught,” Will Colglazier, an AP history teacher at Aragon High in San Mateo, says in a video on the COR website in which his students learn the techniques. Students need these skills to develop a “habit of mind” that will stay with them, he adds. 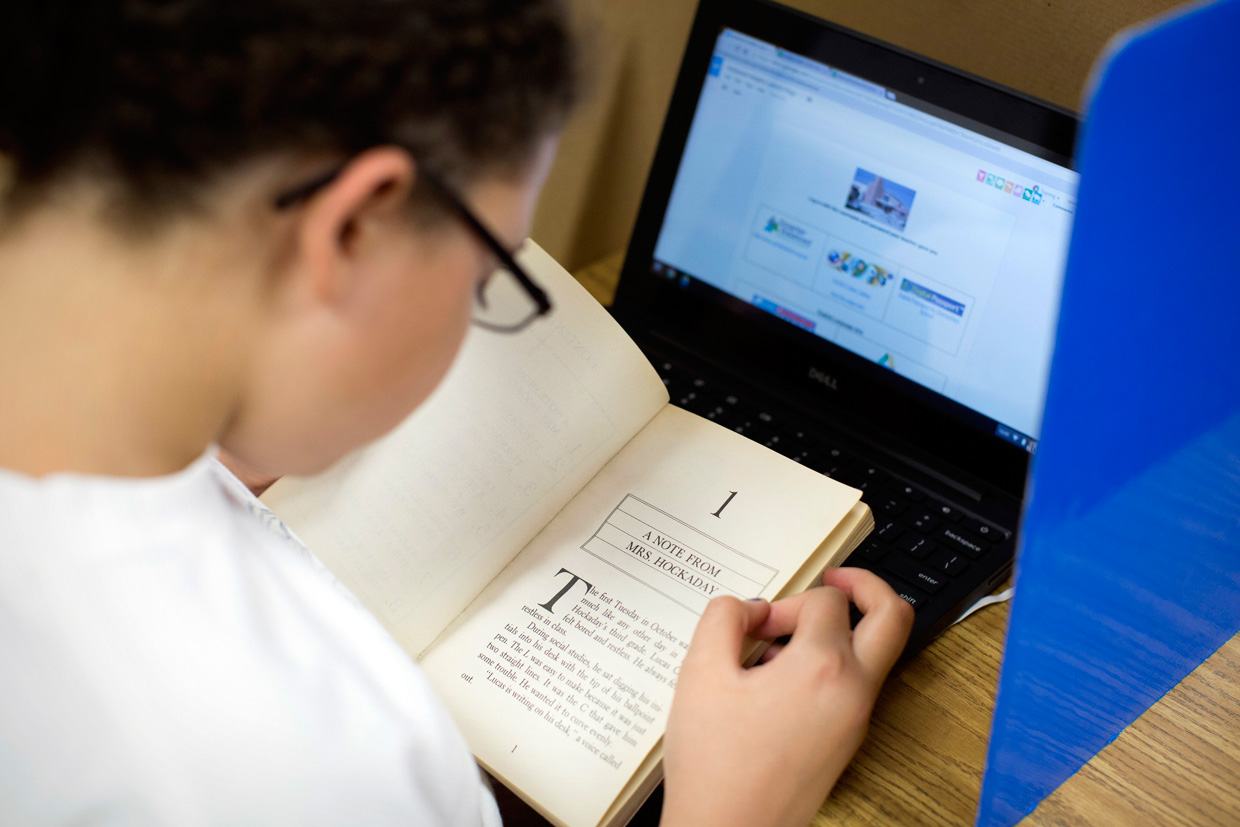 Last month, the group released a nationwide study of the ability of 3,446 high school students to evaluate information online. It found that “nearly all students foundered.” The results were no better than a 2016 analysis of high school and college students.

“We hoped there would be some improvement, given the hand-wringing about fake news, but there hadn’t been,” said Joel Breakstone, director of the Stanford History Education Group.

In the latest study, for example, two-thirds couldn’t differentiate between news stories and ads, clearly designated as “sponsored content,” on the news site Slate. And 96 percent didn’t consider why funding by fossil fuels companies might affect the credibility of a climate change site.

The students judged the site by subjective and often unreliable criteria: the site’s appearance, how it described itself on its “About” page and whether it was an “.org” — presumably a “reliable” non-profit source.

“Young people will be easy marks to rogues of all stripes” if they cannot determine the accuracy of information, the Nov. 13 report said.

The abysmal findings of the 2016 study led the Stanford group to check around to see how students were being taught to determine the accuracy of political and social issue sites. What they saw did not impress them. Most of the tools were checklists that students were to answer about an unfamiliar site. The most popular, developed at CSU Chico, goes by the acronym CRAAP, a reminder that not all information on the internet is good information. It stands for the attributes of a site that should be examined: currency, relevance, authority, accuracy and purpose.

But that limited approach, of concentrating only on the site itself, Breakstone said, can lead students “dangerously astray” and also can be an inefficient use of time. Instead, they should also look outside the site to verify the credibility of information.

That’s what professional fact checkers do. Although the approach makes common sense, too few students use it. In the group’s latest study of high school students, 52 percent said they believed that a grainy photo showed ballot stuffing by Democrats in the 2016 election, when a quick internet search would have revealed the photo was taken in Russia; only three students performed the outside search.

In developing the new curriculum, Stanford researchers tested the search techniques of fact checkers against Stanford freshmen and historians. The fact checkers significantly outperformed the others, Breakstone said.

That’s why the curriculum is emphasizing “lateral reading,” a fact-checking strategy for investigating who’s behind an unfamiliar online source by opening a new browser tab to see what trusted websites say about the unknown source. Novelist and noted content creator John Green, who narrates 10 videos that accompany the lessons, calls it “one of the most important skills of 21st century — and I don’t say that lightly.”

The lesson plan on lateral reading, like the others in the curriculum, includes instructions for teachers and an exercise with guiding questions, with two versions of content. The simplest version features a tweet by a group identified as GOPTeens that reads “#Teens: RETWEET if you walked out because there weren’t ENOUGH #guns at #school!!!” in response supposedly after a protest against gun violence.

In exploring other sites that they determine are reliable, students will confirm what some may have figured out, that GOPTeens is a parody produced by a former writer of The Onion and co-author of a book of humor. The lesson’s recap says, “In trying to figure out who is behind @GOPTeens, I read laterally to see what other sites said about the post I was investigating. I couldn’t tell from within the tweet or account itself that it was parody, or a joke account.”

The Stanford group road-tested its curriculum at two unnamed high schools, initially at a school in Northern California, and then its refined version at a large Midwestern school. The results, which are reported on the curriculum website, showed that students who were taught the techniques performed significantly better in evaluating online materials than those who were not.

The group jointly produced the curriculum with the Local Media Association and the Poynter Institute, a non-profit journalism school and research organization located in St. Petersburg, FL that owns The Tampa Bay Times. Google provided funding but had no role in designing the curriculum, said Breakstone.

The COR curriculum has 30 units focused on three questions students should ask when they come across unfamiliar online content:

It also offers a crash course, A Little of Everything, with a half-dozen lessons that should take about an hour each, Breakstone said. Beside lateral reading, the lessons are “Who’s Behind the Information?,” “What’s the Evidence?,” “Evaluating Evidence,” “What Do Other Sources Say?” and “Click Restraint.” That final lesson encourages students not to run to the first link they see on a search.