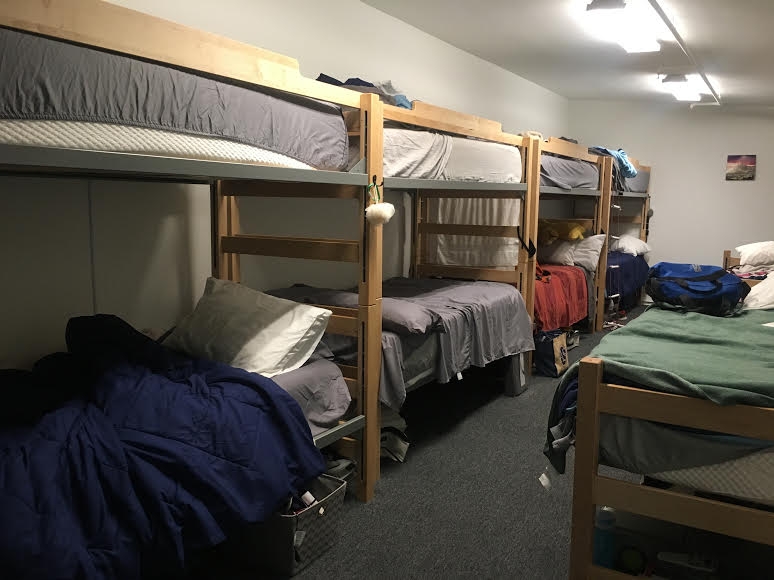 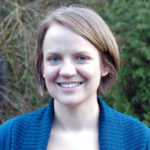 While earning her associate’s degree at Santa Monica College and working 30 hours a week with her mother cleaning houses, Maritza Lopez didn’t always know where she was going to sleep. When her family was evicted from their apartment, she spent a lot of time hanging out on campus, often crashing on friends’ couches at night.

Her search for a place to sleep reflects a challenge facing a growing number of college students caught between the pincers of rising college costs and steep rents in California’s major metropolitan areas. While Lopez eventually became a resident at Bruin Shelter, a non-profit, student-run organization to help reduce homelessness among college students in Los Angeles, her lack of stable housing took a toll.

“I purposely took a late class from 7:00 to 10:00 PM. That was once a week, so at least Tuesdays I could stay over at my friend’s place,” Lopez said. “Then I just had to figure out Wednesdays, Thursdays and Fridays.”

Lopez said it wasn’t a given that she’d even make it to college. Two of her three older brothers dropped out of high school. Her father’s education was disrupted by civil war in El Salvador and her mom dropped out after finishing the fourth grade in Mexico.

Lopez regained a sense of stability when she found Bruin Shelter.

Though no one knows exactly how many college students are homeless, experts believe the problem has worsened as a result of ballooning college costs, inadequate financial aid and growing enrollment among low-income students. As California’s higher education institutions grapple to address the problem, student-led initiatives in Southern California have shown promise.

But experts say that policy reform and changes in financial aid are required to address the unaffordability of higher education.

In a revised budget sent to California lawmakers earlier this month, Gov. Gavin Newsom proposed an increase in spending on helping the homeless, raising the total state investment to $1 billion.

A number of surveys have shown that housing insecurity and homelessness presents a problem for a surprisingly large number of students, as well as for the colleges where they are enrolled. The extent of the problem depends on how the studies define homelessness and housing insecurity and the degree to which the surveys are statistically representative.

In some cases the definition of housing insecurity can be very broad, such as whether a student has slept on a couch in the past year. It can also refer to the need to move frequently or an inability to pay rent.

In California, public institutions have begun to take a look at the prevalence of basic needs insecurity on their campuses. All three of the state’s higher education systems have started collecting data.

California State University, composed of 23 campuses, was one of the first public university systems in the United States to research students’ food and housing insecurity. In a study released in January 2018, nearly 11 percent of CSU students surveyed reported being homeless at least once in the year preceding the study.

The 10-campus University of California system has incorporated questions about food and housing security into system-wide surveys, such as its undergraduate experience survey and the graduate well-being survey. Approximately 5 percent of graduate students and 4 percent of undergraduates reported struggling with homelessness, according to 2016 data.

According to Ruben E. Canedo, director of strategic equity initiatives at UC Berkeley, all UC campuses have a basic needs committee that is responsible for providing prevention, emergency and crisis resolution services to students at risk of or experiencing homelessness. Berkeley, for example, has a fund to help students who need assistance in paying security deposits and UC San Diego offers basic needs case managers to students facing housing instability. “Our challenge is limited funding to provide these services at the scale they are needed,” Canedo said.

Many large-scale studies about basic needs insecurity have focused on public higher education systems. There is less publicly available data from private institutions, but some are starting to look at the prevalence of food and housing insecurity among their students.

University of Southern California launched the University Initiative to Eliminate Homelessness in 2018, which includes efforts to help homeless and housing-insecure USC students.

According to director Brenda Wiewel, USC is currently in the process of developing data collection efforts.

These figures have sparked a discussion about the role of higher education institutions in combating food and housing insecurity in the face of a number of constraints.

USC struggles to meet the demand for on-campus housing from freshmen and sophomores, who are guaranteed university housing if they apply by designated deadlines.

“Every time we’ve tried to develop additional housing, the community has been upset because it’s taking away scarce housing resources,” Wiewel said. “We’re always struggling with how to meet one set of needs without doing harm in another area.”

Affordable student housing remains a particular challenge, especially in a state with some of the most expensive real estate markets in the country.

For many students, available financial aid only covers a fraction of their food and housing expenses, according to the California Budget and Policy Center. Even when students earn scholarships, there is a widening gap between college costs and aid packages. Students compensate by cutting spending on food and housing and sometimes have to choose between eating or paying for books.

“Financial aid alone does not cover the costs of rent, food and other necessities,” said Rannay Robinson, who previously was homeless and now is on track to finish an associate’s degree in information technology at West Los Angeles College.

When she was 16, Robinson’s father passed away and she joined the military as a reservist immediately after graduating from high school in 2013. While attending a community college in Florida, she discovered that many military benefits were only available for active duty.

When she couldn’t find housing, she ended up living in her car until it was eventually repossessed.

“There are definitely times when you reach a point where you are considering sacrificing certain things, like your body, to get money,” Robinson said. “You just have to hold on.”

Robinson moved to California last summer when she joined Year Up, a non-profit that offers education and job skills training for young people.

She is currently a resident at Bruin Shelter, which UCLA Ph.D. student Louis Tse founded in 2016. Due to liability issues, UCLA administrators suggested that he spin off Bruin Shelter as a non-profit organization to avoid bureaucratic red tape, according to Tse. The shelter remains an official student organization.

Bruin Shelter is housed at a church in Santa Monica and provides 10 beds and regular meals for homeless students, who are allowed to stay for up to six months. The shelter also has an emergency fund to help students pay essential bills.

“We serve any college student in LA who needs a safe place to sleep and food to eat,” Tse said.

The model is both time and labor intensive, she said. Bruin Shelter is staffed by 85 student volunteers, who stay overnight, cook meals and provide support to the residents. Thirteen graduate students in social welfare and medicine work as case managers. They are supervised by UCLA faculty members, who also sit on S4S’s advisory board.

The organization is currently working with USC undergraduates to get a second project, Trojan Shelter, off the ground.

Students 4 Students provides an example of both the ways in which students can make a difference, but also the limits of such models. Such initiatives are highly beneficial to students like Lopez and Robinson, but their reach is limited to the number of beds they are able to offer. The organization has a list of 175 students who are currently seeking housing.

Similarly, many colleges and universities have already begun to address basic needs insecurity. For example, there are more than 650 food pantries on campuses across the country. But they treat the symptoms, rather than the underlying structural issues, such as the unaffordability of higher education, according to researcher Sara Goldrick-Rab, one of the authors of a recent study on housing and food insecurity by Temple University’s Hope Center for College, Community and Justice.

Goldrick-Rab cautioned that student-led initiatives, such as Bruin Shelter and Trojan Shelter, are not a replacement for systems-level responses. “Systemic reforms to policy and changes to institutional practice are the only solutions,” she said.

Goldrick-Rab points to changing the way the money dispersed through Cal Grant is calculated to better address living expenses of community college students or expanding access to CalFresh, California’s food stamp program, as examples of systemic reforms. Gov. Newsom, however, has not provided funding to expand the Cal Grant in his proposed budget, but did add $10 million to help college students with emergency housing costs.

A related bill, which is currently in the Assembly and has already passed the Senate, would create a college-focused Rapid Rehousing Program, which would provide housing options for homeless students and support them in transitioning to stable housing.

As for Lopez, she’s currently living in a co-op for students run by another non-profit and is now working for Students 4 Students part-time.

“My idea was to go in there and make residents who live in the shelter feel comfortable and know that they have someone who has lived there and has permanent housing now,” Lopez said. “I want them to know, ‘You’ve got this.’”

Lopez added that she is now in a position to serve as a role model for her 15-year-old sister. “She knows so much more about college than I did because I can explain it to her,” she says.

Lopez became emotional recounting a story about a time when her mother, who has worked in the neighborhood surrounding campus, saw a UCLA degree hanging on the wall of one of her client’s homes. Her mom pointed to the diploma and said, “My daughter goes there.”