Second chances for applicants shut out of crowded CSU campuses 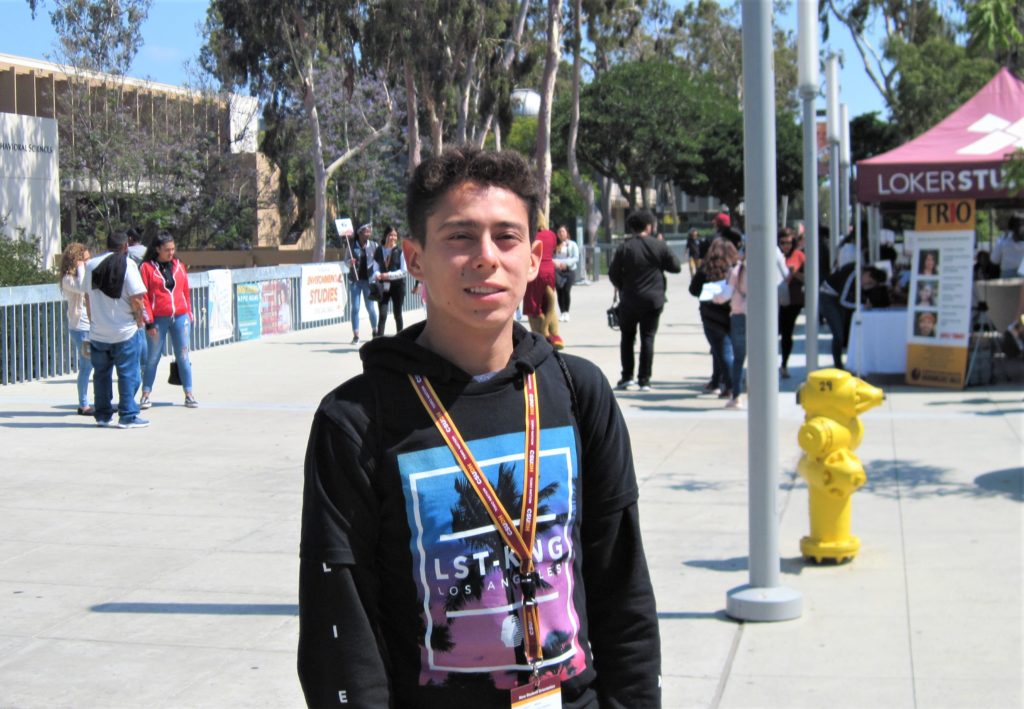 So far 5,000 have accepted slots under new policy, a fifth of who's eligible. 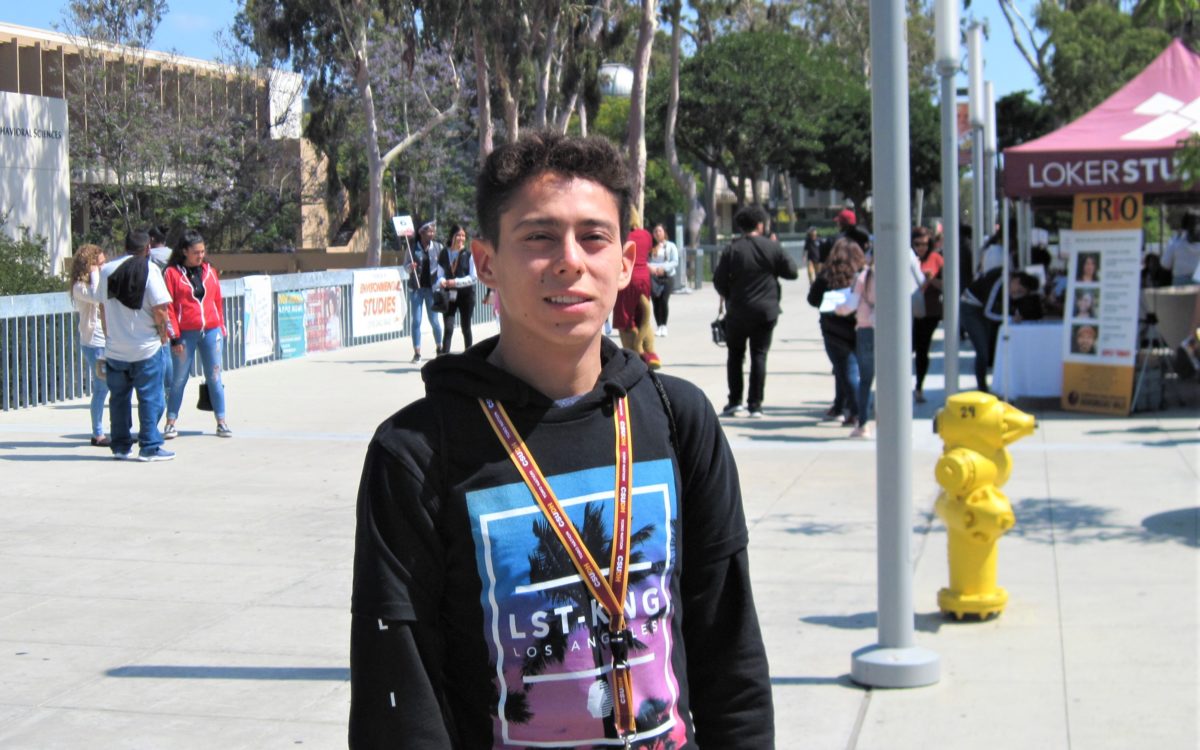 This is the season for second chances at the 23-campus California State University system.

Because of overcrowding, about 28,000 otherwise eligible students were shut out of all the CSU campuses to which they applied this year. But a new policy now offers potential freshmen and transfer students a second chance to attend a CSU. If their high school grades and test scores meet basic requirements, these students can enroll at a campus that has room for them.

About 5,000 students so far are taking advantage of the new opportunities at the nine campuses that are part of this safety net. That is only 18 percent of those who were offered the opportunity. Many students have ignored it. Some reluctantly enrolled at places they never considered before. Others are eagerly embracing the acceptance as a life raft for higher education.

Carlos Regalado, 19, was rejected at Cal Poly Pomona and Cal State Fullerton in the highly competitive biology major. Then he was offered the chance to choose among campuses in the so-called “redirection” program. He picked Cal State Dominguez Hills because it was the closest to his Upland home, although still an hour away and much less convenient than the schools to which he originally applied.

“I was pretty happy with it,” he said recently at a freshman orientation session at Dominguez Hills. “I was happy with the fact that they were giving me another chance to get to a Cal State. That’s what I really wanted.”

He previously hadn’t heard about Dominguez Hills, which is located in the Carson area about 16 miles south of downtown Los Angeles. At the orientation, he liked the portrayal of the 16,000-student school as being more intimate than many other CSU campuses, with easier access to professors and services. His main concern now is whether he should try to live in a campus dorm to avoid a long commute.

The “redirection” policy was adopted by the CSU trustees last year in response to increased crowding at CSU campuses, with more majors and more schools unable to accept all eligible students. At the same time, campuses were told to give preferences to qualified applicants who live in regions close to the schools. Still, campuses with too many qualified candidates often have had to raise entrance standards above the minimum requirements. Tens of thousands of students have been shut out in recent years, mainly those who applied to only one or two campuses.

In the past, redirection was offered only to transfer students from community colleges who had completed the special Associate Degree for Transfer. This year, it has been widened enormously to include all applicants seeking freshman admission and all transfers, regardless of their degree. The trustees wanted to help all students get a second chance and to ensure that potential enrollment spaces across the state get filled, if possible.

Audrey Dow, senior vice president of the Campaign for College Opportunity, an advocacy and policy group, said that redirection is important but she noted that “it’s not a cure-all to the capacity challenges of the state. California simply does not have enough spots in its public universities for all qualified students.” Most potential CSU students are “place-bound” and many will wind up at nearby community colleges rather than accept a university redirection far away, she added.

About 28,000 such students were given a redirection chance this spring in repeated emails and text messages, according to April Grommo, the CSU system’s director of enrollment management services. In a preliminary count, about 5,000 students indicated they were interested and then were allowed to list their first and second choice campuses out of the nine.

All 5,000 — about 3,000 transfers and 2,000 incoming freshmen — were then accepted at their first choices so far, she said. It is still uncertain how many will show up for classes in the fall. Another 3,000 responded that they were not interested. And 20,000 did not respond at all, but CSU has not entirely given up on them.

Asked if she was disappointed by those results, Grommo told EdSource: “I think we would have liked to have more responses, but at the least we know that we will provide the 5,000 the opportunity to attend a CSU.”

Since this was the first year of the extended program, it was hard to know what to expect and how well students understood the process despite extensive efforts to reach them, she added. Many probably were on the path to other plans, such as the University of California, community colleges or private schools when the mid-April redirection offers arrived, officials said. That was the regular timetable but some administrators said the process should have started a month or so earlier even if that meant speeding up the initial rounds of acceptances and rejections.

Geography probably played a role, as well. In addition to Dominguez Hills, the other participating campuses this year are Bakersfield, Channel Islands, East Bay, Humboldt, San Francisco, Sonoma and Stanislaus and several majors at the Maritime Academy in Vallejo.

The 20,000 applicants who never responded now are being given a somewhat different opportunity. Without any input from them, they are being assigned to one of the eight campuses with room (Dominguez Hills is already filled) through a random selection process. Not many are expected to accept.

“I would think these students already have another plan in mind or already have been accepted to another school and didn’t feel a need to respond,” Grommo said. “We are still doing this just in case somebody’s plan didn’t work out or their circumstances change. They have that safety net of being accepted to a CSU.”

At Dominguez Hills, 341 — 43 percent — of the 785 students offered the opportunity accepted it, according to Christina Rios, interim associate vice president for enrollment management. Of those, 294 are transfer students and 47 are freshmen.

Rios said she was pleased with those numbers. “We are committed to ensuring students have access. For us, this provides another opportunity to include them,” she said.

Michelle Fromell Silva, a freshman biochemistry major, was not accepted by the four Cal State campuses to which she applied around Southern California. So from the newly available options, she chose Dominguez Hills because it is closest to her Corona home, although at least an hour’s drive away.

Dominguez Hills “is definitely not my first choice, but it’s definitely a better opportunity than junior college,” Silva, 17, said after the orientation.

Her older siblings struggled to get needed classes at overcrowded community colleges and, as a result, had to stay extra semesters and years before transferring to CSU campuses. She wanted to avoid those delays.

So despite disappointment about her rejections, she is starting at Dominguez Hills. “I think it’s worth it if I am able to get the same education faster than usual,” she said.

At Cal State Bakersfield, about 500 students were offered the chance to attend and about 132 so far said they will.

“We may not have been the initial campus they thought of but we are pleased that any number of students are selecting a CSU or Bakersfield,” said Ben Perlado, Cal State Bakersfield’s director of admissions and records. “I think we are more pleased than anything that they are taking that option offered by the CSU to further their education without delay.”

Statewide, redirection carries some risks, mainly because offers have come relatively late in the application calendar. Students who want to live on campus may find dorms are already at capacity. And while these students are eligible for most financial aid, such as federal Pell grants and state Cal Grants, they may be too late for other financial aid grants that are first-come, first-served.

The new CSU program is similar to a long-standing one at the University of California, which has nine undergraduate campuses. If academically eligible students are not accepted by any of the other UC campuses where they applied, they are “referred” to UC Merced in the San Joaquin Valley. That campus, the system’s newest and smallest, is trying to expand its enrollment.

But only a tiny share ultimately attend UC Merced: of the 12,500 offered the chance last year, only 168 (1.3 percent) enrolled at the school.

UC central director of undergraduate admissions Han Mi Yoon-Wu explained that students may find it difficult to attend a school which they did not originally want and that most applicants in that group pursue other education plans. “Many of these referral students are very competitive for other institutions,” she said. “They probably have other options.”