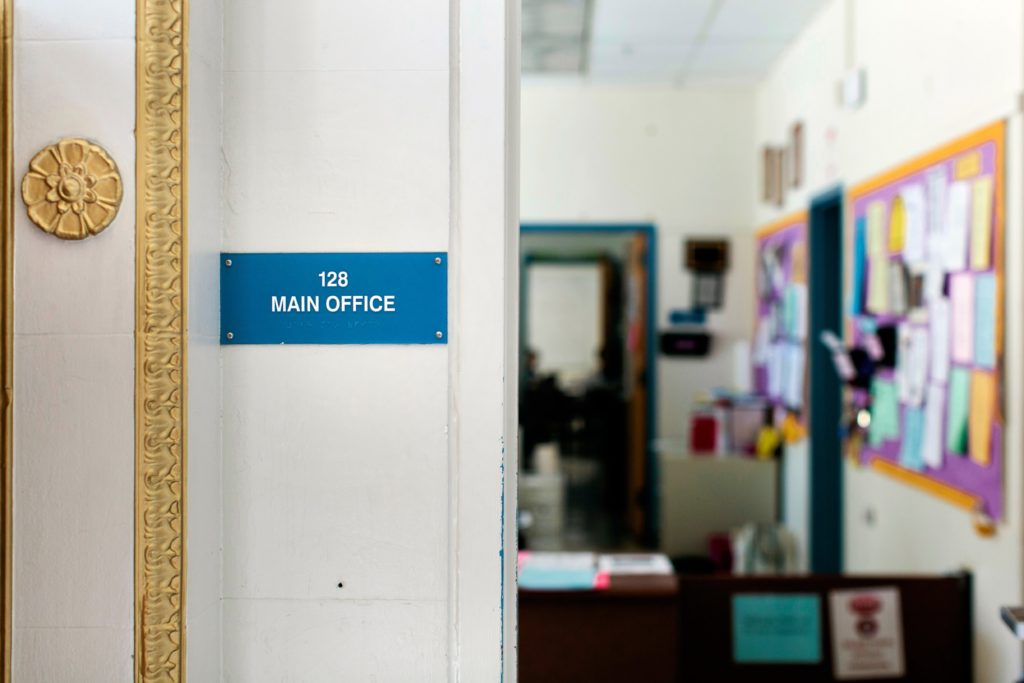 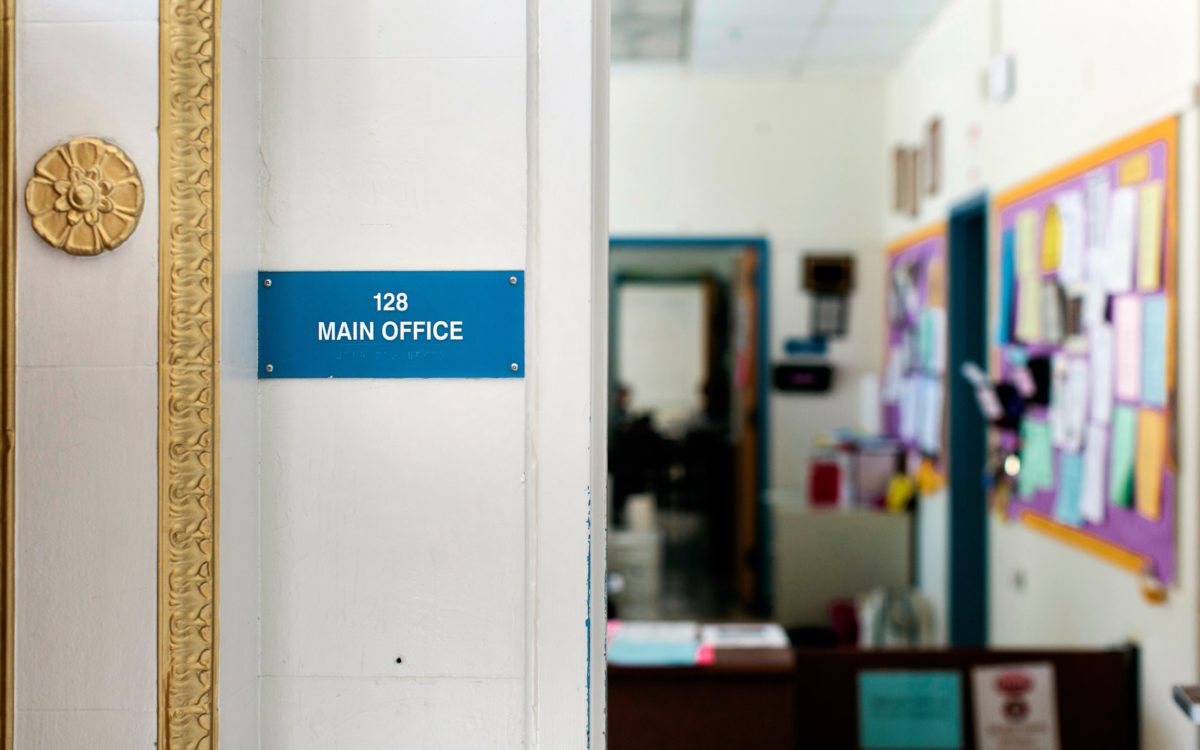 When examining school discipline disparities, data consistently show that Asian-American students, compared to other racial and ethnic groups, have the lowest rates of suspensions and expulsions.

But educators and researchers have long said the numbers don’t paint an accurate picture of what many students who fall within the Asian category experience in school because the classification itself is such a gross generalization of the many ethnicities and nationalities in that category, which makes up nearly half the world’s population.

It is against this backdrop that a team of researchers from UCLA, the University of Washington and Lewis & Clark College in Oregon released findings this month showing that discipline outcomes varied considerably among Asian and Pacific Islander subgroups. Students from Southeast Asian countries, like Vietnam and Cambodia, had suspension and expulsion rates that were 2 to 3 times higher than those from China, Japan and other East Asian countries, according to the study.

Pedro Noguera, one of the study’s co-authors and director of UCLA’s Center for the Transformation of Schools, said the research team was not surprised by the differences. Students from Southeast Asia are far more likely than their East Asian counterparts to come from families who came to the U.S. as refugees and live in low-income communities.

Southeast Asian students “have higher rates of trauma and instability due to the refugee trauma…they live in poor communities and their parents often don’t speak English,” Noguera said. “That is why generalizing about different groups is so unhelpful.”

Today more than 20 million people, including nearly 3 million K-12 students, from 20 countries in East and Southeast Asia and the Indian subcontinent call the United States home. And the circumstances that brought them here, as well as the conditions they now live in, are as diverse as the people themselves. 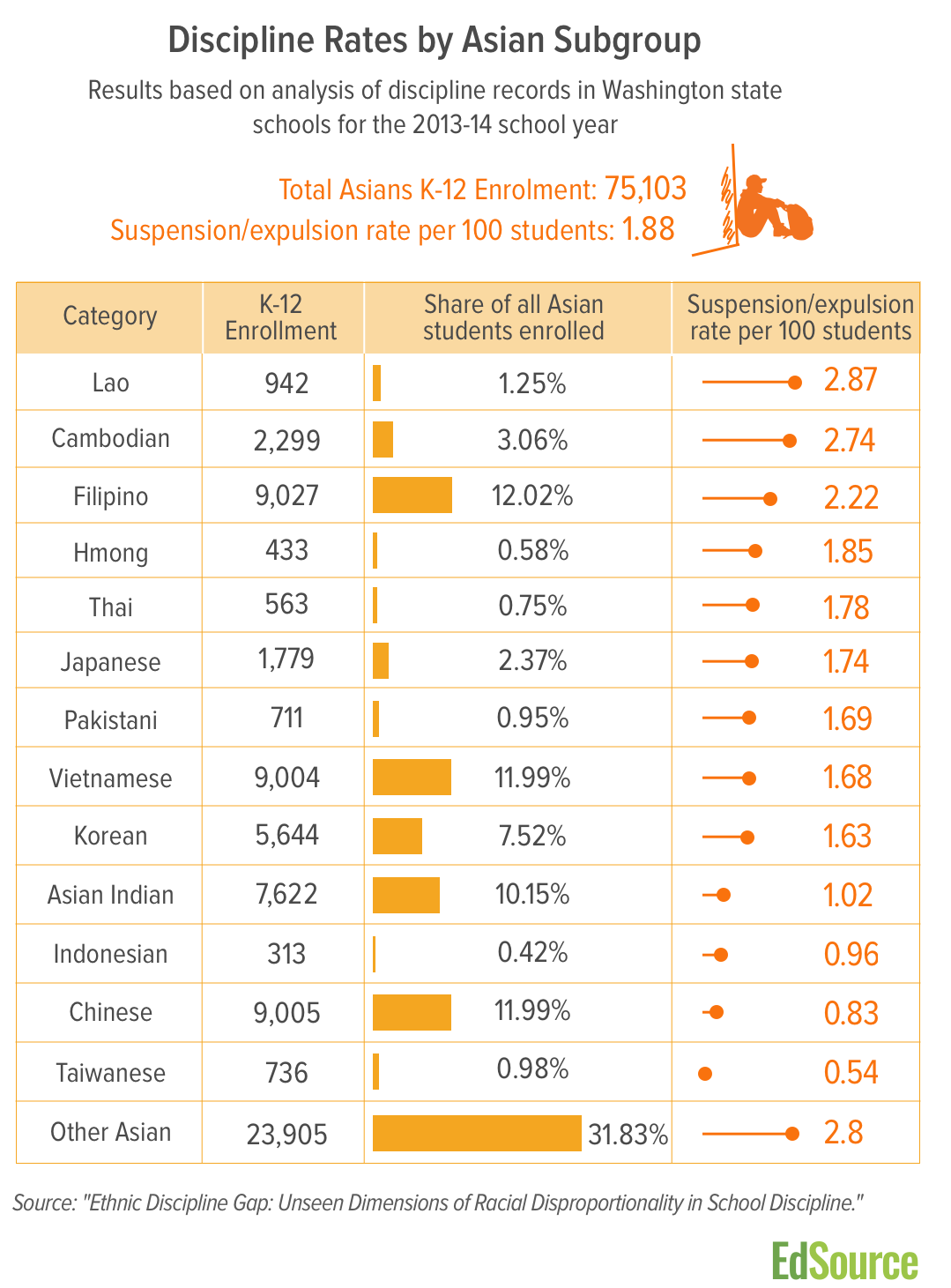 UCLA’s Noguera said he would expect results in California, which is home to nearly a third of all Asians living in the U.S., to be similar to those in Washington. He said families from refugee communities throughout the U.S. suffer from many of the same inequities and struggle to navigate school systems.

However, the research team was surprised that the rates of suspensions and expulsions for Southeast Asians were still lower than they were for whites. These results could be related to what researchers and youth advocates call the “model minority myth,” said the study’s lead author, Bach Mai Dolly Nguyen of Lewis and Clark College.

A long-held stereotype of Asian as well as Pacific Islander students is they are smarter and work harder than whites and other racial and ethnic groups and they are also non-confrontational. This “monolithic” view of Asians and Pacific Islanders is both inaccurate and harmful, the researchers say. 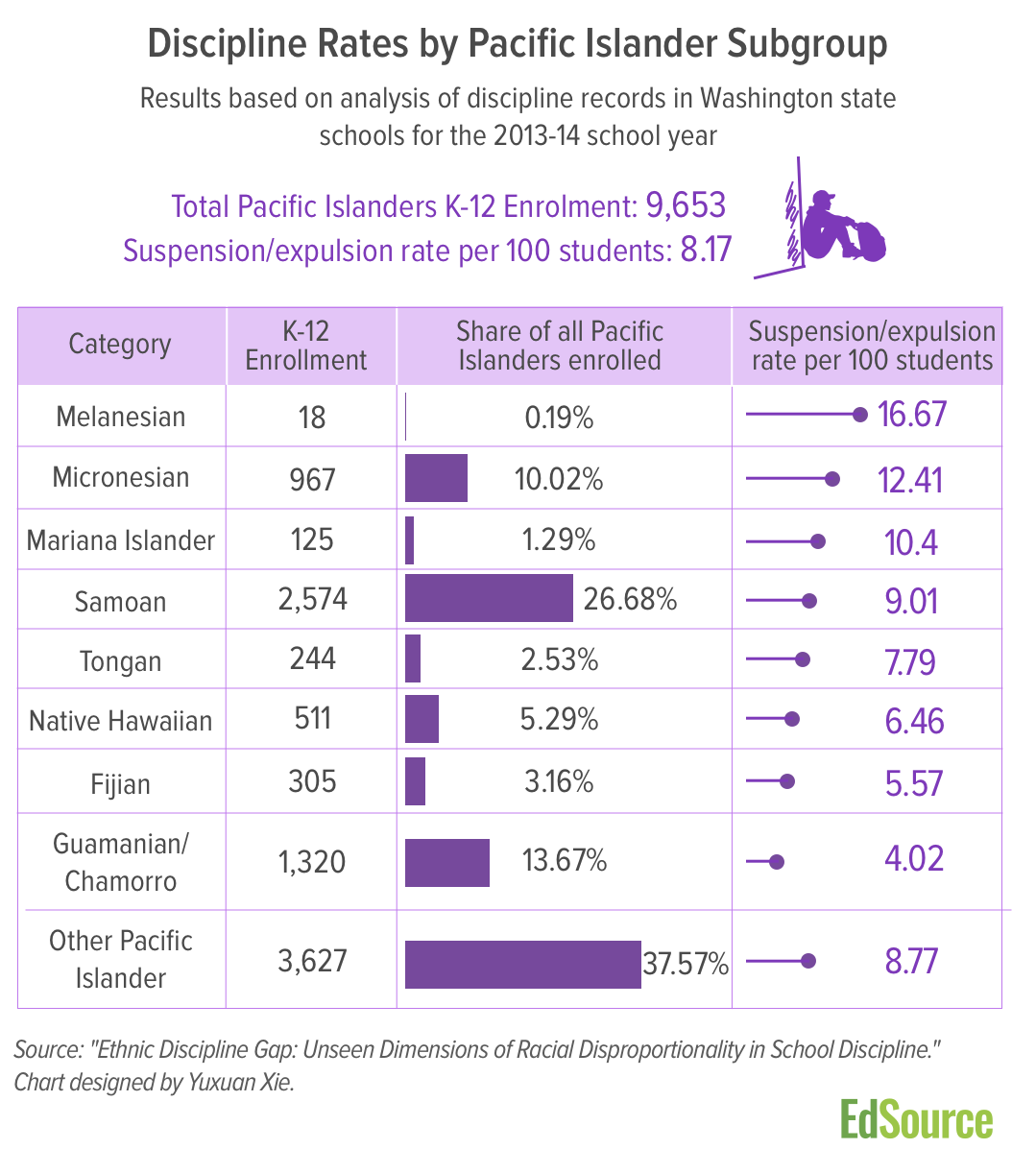 While data show that some Asian and Pacific Islander groups are consistently high-achieving academically, others are far less so. For example, the high school graduation rate among Japanese and Taiwanese students is around 95 percent, the report stated. But it’s below 70 percent for Cambodian and Laotian students.

Yet, these disparities often go unnoticed by school officials and school-based health and mental health providers and the underlying issues that these students face are not addressed, the authors wrote.

“The prevalence of the model minority stereotype distorts and renders invisible the experiences of these smaller groups,” the report’s authors wrote. “However, the few studies that are available on these subgroups reveal that they face significant structural barriers that often impede their educational achievement…and, thus, their life circumstances.”

Noguera and his co-authors concluded that in some respects the discipline gap and the achievement gap — which refers to disparities among racial and ethnic groups in various measures of student success, like standardized tests and graduation rates — are “two sides of the same coin.” The argument being that the same factors that contribute to the achievement gap — high rates of neighborhood poverty and schools with few resources — lead to the discipline gap.

However, they ultimately found that a clear correlation can’t be made without more robust research. It’s even more difficult to gain insight into the relationship when it comes to Asian and Pacific Islander students because of the lack of data and almost non-existent research, the authors of the current study said.

“There are aspects of these broader racial categories that are either misunderstood or entirely invisible,” Nguyen said.

Oakland Unified has just begun to collect discipline data and doesn’t have enough to determine trends among subgroups, she said. However, she added, data the district does have on academic performance among the Asian and Pacific Islander subgroups show that broad model-minority assumptions are usually inaccurate.

For example, she said, Vietnamese student scores can vary widely by school, with scores considerably higher in schools with a strong academic culture. And though many Vietnamese students come from families that are first- or second-generation refugees from the Vietnam War, they tend to have lower rates of trauma than Cambodian students from families that suffered through the Khmer Rouge genocide of the early 1970s.

“You find more families [with significant trauma] who are survivors of that genocide — entire families were murdered or disappeared,” Huen said. “Because what happened was so violent and the trauma was so intense, the ability of some of the elders to even function is in disrepair.”

Huen said a large percentage of Pacific Islander students live in neighborhoods with high poverty and family trauma. “Pacific Islanders are among the least-resourced communities in the Bay Area,” she said. “It’s one of the really overlooked populations.”