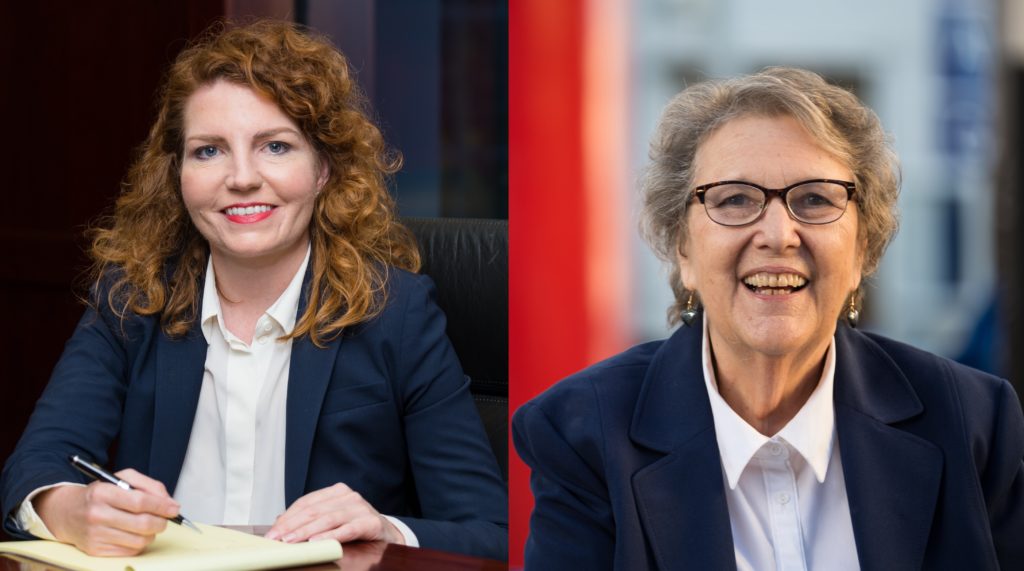 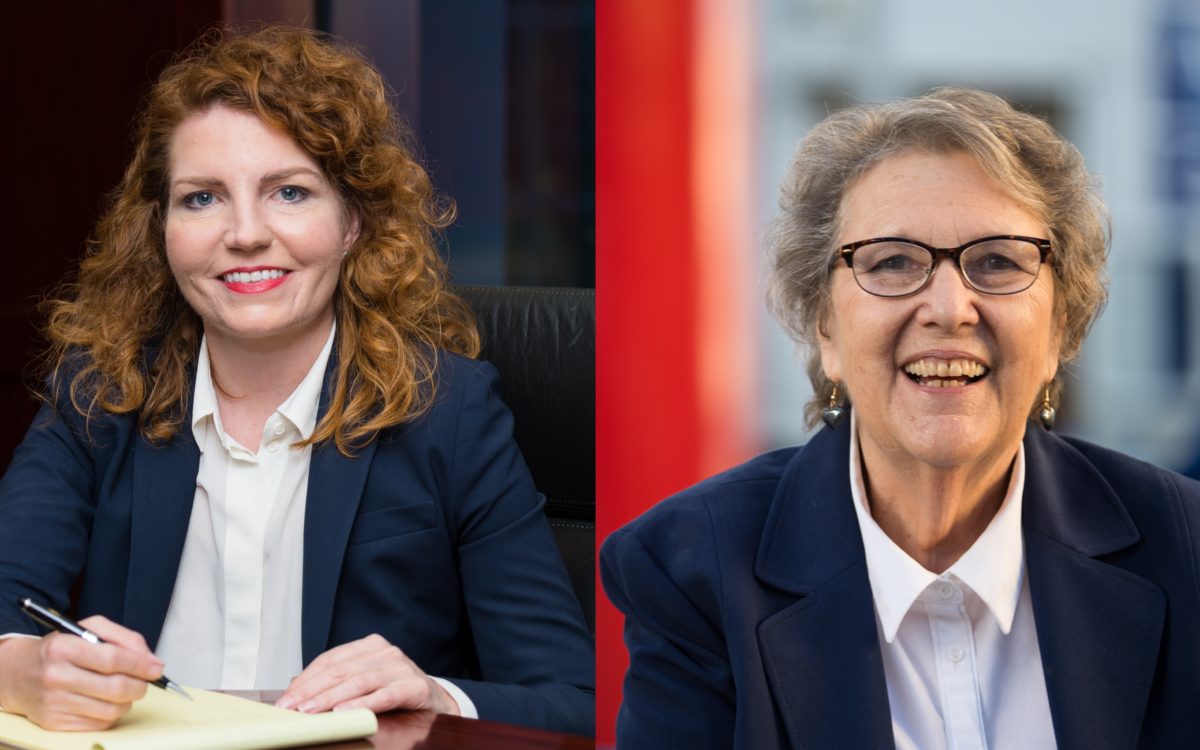 The outcome of Tuesday’s special election runoff between Jackie Goldberg and Heather Repenning for a seat on the Los Angeles Unified school board has long term implications for how California’s largest school district will deal with a range of major challenges, such as how to balance a multi-billion dollar budget, how to regulate hundreds of charter schools and whether to look for a new superintendent.

They are running to fill a vacant seat in District 5 left by the resignation of former board president Ref Rodriguez, a former charter school founder who was convicted of campaign money laundering when he first ran for the board.

Because Los Angeles Unified is by far California’s largest district — with five times more students than San Diego, the next biggest district — the success of its students has lasting effects not only on the entire region, but arguably on the state as a whole.

Unlike in at least the two previous board elections, this is not a case of candidates being backed by forces in favor or against charter school expansion in the district.

While the charter conflict has attracted most attention, bigger issues facing the district are how it will avoid possible insolvency two or three years from now, what cutbacks it will have to make to do so and how it will deliver on promises made in a contract it signed with teachers after a strike earlier this year.

In an interview with EdSource, Goldberg argued that warnings that the district is in a financial crisis are exaggerated.

“Every year I was on the board, the budget department predicted that within three years, we’d be in a disaster. This is not news,” she said.

Repenning, though, said “there are real financial issues facing LAUSD. And we do need to focus on them.”

Goldberg, a veteran political activist and elected official, is the overwhelming favorite to win the runoff after nearly securing a majority of the vote in March’s primary election, which would have been enough to win outright. She got 48.2 percent of the votes on a ballot with 10 candidates compared to Reppening’s 13.13 percent.

Reppening won her spot in the runoff after finishing 31 votes over Graciela Ortiz who got 13.03 percent of the vote.

Muddying the political waters is that Goldberg and Repenning have each received major financial support from labor unions that are traditional allies, but in this race are backing opposing candidates. Goldberg is backed by the United Teachers of Los Angeles, which led the weeklong teachers strike earlier this year. Repenning, by contrast, is supported by Local 99 of the Service Employees International Union, which represents most of the district’s non-teaching workers. SEIU Local 99 was also a strong supporter of the teachers’ strike.

That said, a win for Goldberg could push the board to impose more oversight over charter schools.

If she wins, she would be in a position to “really shape the work of the board going forward” because of her alliance with UTLA (teachers’ union) and her years of experience in California education politics, said John Rogers, a UCLA professor of education and a close observer of the district. “I suspect that Jackie Goldberg, if she does win, will have a great influence on the board,” he said. “I don’t think we’ve seen anyone else … move into a board seat with the sort of level of experience that she has.”

Goldberg, who was previously on the board from 1983 to 1991 and later served as chair of the state Assembly Education Committee, said her top priorities if elected will include working with state lawmakers to reform California’s charter laws.

Repenning, a long-time aide to Mayor Eric Garcetti, describes herself as occupying a middle ground between UTLA and the California Charter Schools Association (CCSA).

She said she plans to “flip the script from the normal warfare between” the charter association and the teachers’ union.

“Candidates are always told that you have to pick a side. I don’t think that’s healthy. … We need a board that’s actually focused on building consensus,” she said.

Fernando Guerra, a professor of political science at Loyola Marymount University who studies local governance in Los Angeles, said he expects Repenning would “be more much neutral and nuanced than Goldberg.”

“That she would be supportive of most union initiatives but that she also would be not as strident as Goldberg against the charter schools,” Guerra said.

During the Los Angeles teachers strike earlier this year, the expansion of charter schools became a flashpoint in the concerns raised by teachers. Goldberg said the growth of those schools — there are now 277 charter schools under LAUSD’s jurisdiction — has taken resources away from traditional public schools.

“There need to be reasonable rules that say, the goal is not to make somebody well off from chartering (charter) schools and not to be able to make money off (charter) schools, but to help serve students,” said Goldberg in an interview with EdSource. But she added that she’s “not telling parents they can’t have their children in charter schools or that we’re about to close charter schools.”

“Some people characterize it as a split between members who are at least loosely affiliated with teachers unions and those affiliated with backers of charter schools,” said UCLA’s Rogers. “I think it’s a bit more complicated than that. Not everyone fits neatly into those packages.”

In fact, neither candidate in the runoff has been endorsed by the California Charter School Association.

If she is elected, Repenning said she doesn’t want to continue the “endless wars” between the teachers’ union and the charter school association.

Repenning said she agrees with Goldberg that there should be greater restrictions on new charter school openings, saying the board “should have more of an ability to assess which new schools we’re opening.” At the same time, she said she sees charter schools as beneficial to some students and families.

Repenning’s position on charter schools mirrors that of Mayor Garcetti, who has endorsed her. Garcetti told the New York Times he wanted to move beyond pro-charter or pro-union labels. “I’m very agnostic on whether our schools are charters or noncharters,” Garcetti said. “I think we should focus on the schools we already have and not have more charters pull away from the district to continue their expansion. We should have more accountability on what’s the costs and consequences of having these charter schools.”

The outcome of the runoff may also shape Beutner’s future. Rogers said that if Goldberg wins, whether the superintendent chooses to stay in his position “is an open question.”

“He came into this position with a desire to assert his leadership and play a powerful role in LA schooling, LA civic life. After this election, I suspect his autonomy will be circumscribed,” Rogers said, assuming that Goldberg would win.

Goldberg said she has “no desire to come in and try to make trouble with” Beutner but added that he needs to be willing to carry out the goals set by the board.

“He’s the superintendent. We need to get stuff done. … I would say that UTLA’s position is that he should go. That is not mine. Mine is he should go if he is not willing to do the things that the board sets as his goals and tasks,” Goldberg said.

Repenning said she works “with everyone” and opposes turnover at the superintendent position, adding that she will share her agenda with Beutner and “work with him to get it implemented.”

On both Repenning’s agenda and Goldberg’s is a plan to push for California to increase its per-pupil spending, which is an average of $12,000 per student, according to the governor’s January budget.

Goldberg said that “without a doubt, the biggest problem” facing public schools in California is that, according to some measures, the state ranks near the bottom nationally in spending per student.

“There’s no excuse for us not having the pristine example of fully-funded public education,” she said.