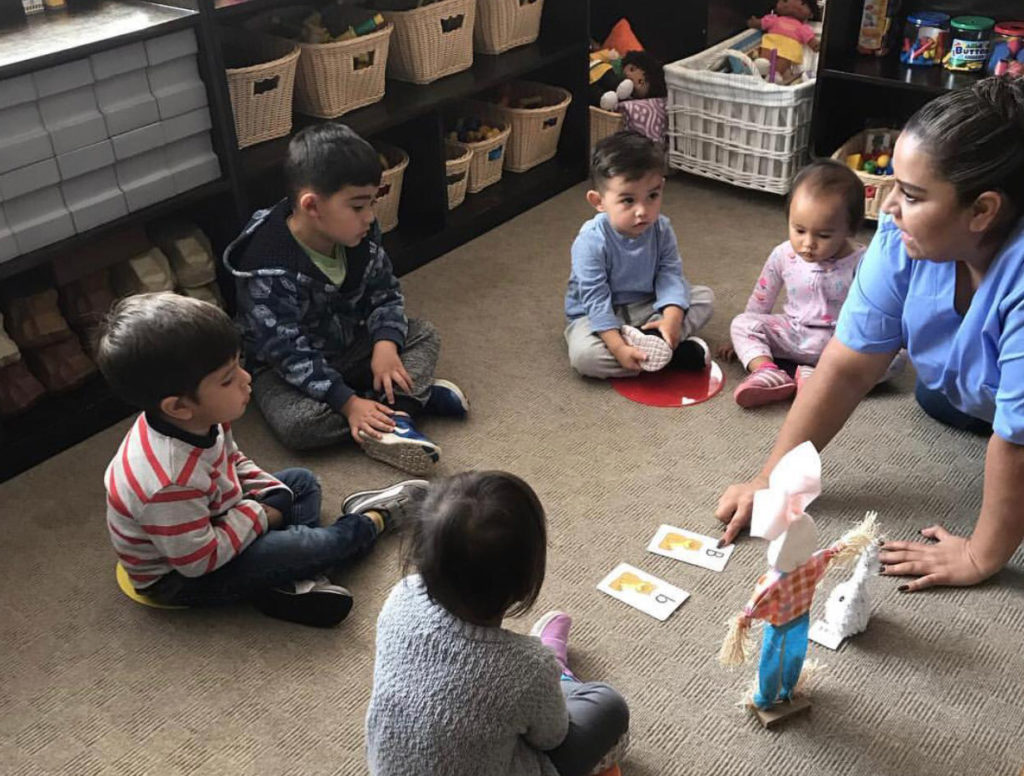 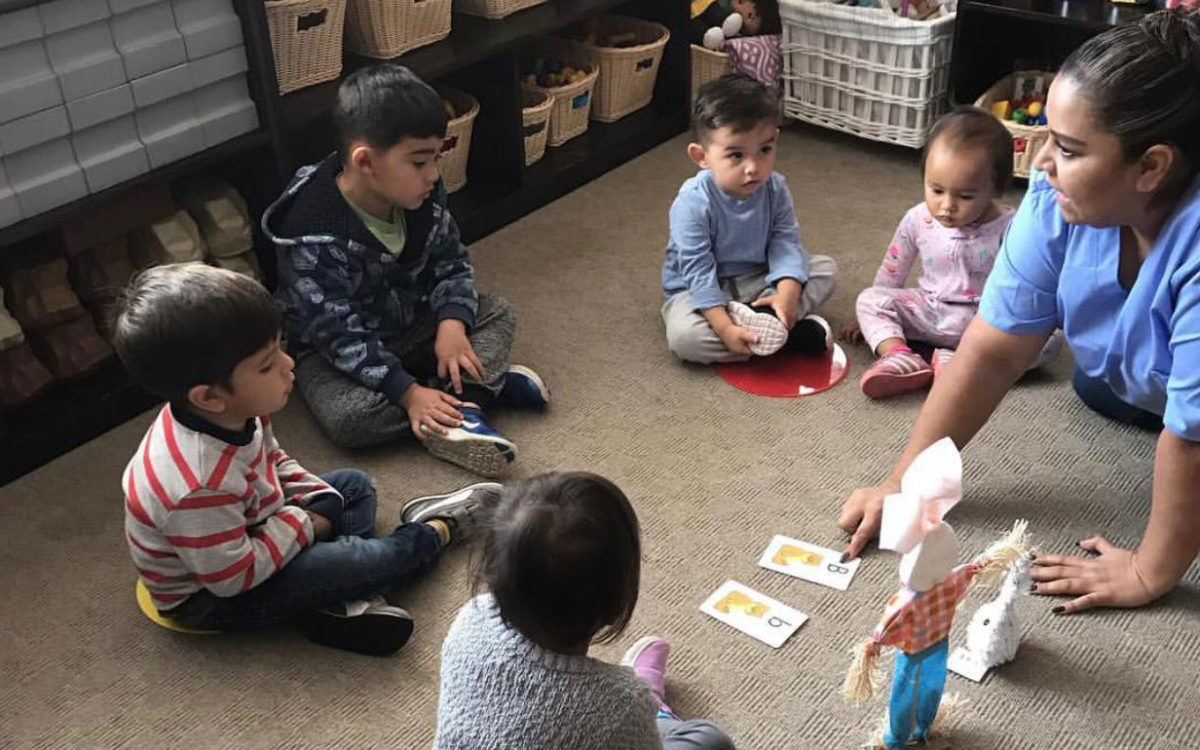 After years of searching, a nonprofit hoping to open a new child care center for low-income infants and toddlers found a rent-free building inside a housing development for migrant workers. In some ways, it seemed like a perfect fit.

But it needed more than $500,000 in renovations — a cost so high that Go Kids, Inc. abandoned the project and kept searching. The organization operates several child care centers in Santa Clara, San Benito, Monterey and Santa Cruz counties, but staff want to open up more centers to meet the need for more subsidized child care.

The search has lasted more than five years.

“We just can’t find anything,” said Jessica Kranz, family service director at Go Kids, Inc. “You have to have restrooms, you have to have a yard. Any time we’ve looked into building something or buying a piece of land, we just can’t afford it.”

Requirements such as a certain number of toilets, outdoor areas, fire walls and sprinklers are regulations designed to protect the safety and health of children. The state offers a loan program for child care center providers, but Kranz said the cost of paying back a loan and the interest would be too much for a nonprofit like Go Kids.

Across California, child care providers have run into similar problems trying to open new centers and expand existing licensed family child care homes. The rising cost of purchasing or renting buildings, in addition to local zoning and permit requirements and a lack of technical assistance for navigating the process are all hurdles too difficult for many providers to clear.

But California needs more child care space. About 745,000 low-income children under 6 years old in California are eligible for subsidized child care but are not enrolled in a state-subsidized program, according to the California Budget and Policy Center, a nonpartisan organization analyzing a range of state policies.

One of the biggest barriers to providing more subsidized care is the lack of classrooms and buildings. In fact, according to the Learning Policy Institute, a nonprofit research and policy organization in Palo Alto, some counties have had to turn away state funding for subsidized care because they did not have the facilities to house new programs.

Gov. Gavin Newsom has made it clear in his proposed budget that expanding access to early education for California’s youngest learners is a priority for his administration. Among Newsom’s sweeping proposals, he’s included about $250 million for renovating and building new child care centers and family child care homes, which could include bringing existing buildings up to code.

Some bills being considered by the Legislature would help eliminate barriers for child care providers. AB 48 would put a bond measure on the ballot for school district facilities, including preschool. AB 452 would convert the fund that provides loans for building and renovating child care centers to a grant program. SB 234 would prohibit cities and counties from requiring business licenses or from charging taxes or permit fees for large child care homes. The cost of these fees varies from city to city, but in some places can add up to several thousand dollars.

Advancement Project California, a civil rights organization that works to ensure that low-income children have equitable education opportunities, issued a recent report about the lack of child care facilities statewide. It recommends that the California Department of Education offer technical assistance to child care providers looking to expand or build and suggests a statewide bond to build early childhood education centers. In addition, the organization recommends conducting an inventory of state-owned property and land that could be converted into child care centers and requiring cities and counties to include early childhood education in their land-use plans, just as they have to for traffic circulation and housing, for example.

“Any broad conversations around infrastructure or improving our infrastructure have hardly ever included early care and education facilities,” said Roberto Viramontes, director of public affairs at the child care center Educare Los Angeles at Long Beach. “You talk about transit, water distribution systems and open space, and if you were going to include education it was normally K-12 or higher ed, but not really” for early education facilities.

Viramontes said an inventory of state-owned buildings or land would also be helpful. He said some counties, such as Santa Clara and Los Angeles, have begun analyzing vacant or underutilized properties in their areas that could be used for child care or preschool.

“Some regions may have a clear idea, but across the state we don’t have a clear sense of state-owned facilities,” Viramontes said.

Viramontes said that Educare was fortunate to have a partnership between public and private organizations, from Long Beach Unified to the Los Angeles Chamber of Commerce and several nonprofit organizations. They were able to build the school on the site of a Long Beach elementary school and local and national partners had the expertise to help secure funds. That’s not the case for many other child care providers.

The organization Reading and Beyond, which runs an afterschool program and two preschools in Fresno, planned to convert a building they owned into a third preschool, to serve children in a high-poverty neighborhood north of downtown Fresno. But city officials told them they would need to build a fire wall separating the building from the one next door. They would need fire sprinklers. And they would have to build more bathrooms. The total estimate for renovations was about $300,000. As a result, they abandoned the project.

“That became unrealistic for us,” said director Luis Santana. “I was very confident that with a little bit of change, I could provide a facility. I didn’t expect to have barriers to the point that we were not going to do it.”

“To really impact supply across the system, we need to support all settings,” said Keisha Nzewi, director of public policy for the California Child Care Resource & Referral Network, a nonprofit organization made up of 58 local agencies that help parents find child care.

All family child care homes have to meet state licensing requirements to ensure children’s health and safety, such as adequate indoor space, an outdoor play area, and toilets and sinks. They also have to pass a fire safety clearance from their local fire department.

In addition, some cities require large family child care homes to apply for zoning permits. Current law requires small child care homes, serving fewer than six children under 6 years old, to be considered residential use, but large child care homes, which serve between six and twelve children under 6 years old, can be considered a business use. For those, cities can charge fees for permits, inspections and business licenses. Those fees vary widely from one location to another. Several cities — including San Francisco, San Diego and Sacramento — consider large family child care homes a residential use and do not charge permit fees.

In other cities, according to the Child Care Law Center, some providers have paid up to $10,000 for a zoning permit and related requirements. Others have been told they would need to pay $50,000 to $60,000 to meet the requirements, a cost too high for many providers.

“We have not heard of any providers moving forward with a zoning permit when the costs are that high,” said Julia Frudden, director of community advocacy for the Child Care Law Center, a nonprofit firm dedicated to child care issues. “They either end up staying as a small family child care home or shutting down their child care.”

The city of Chula Vista near the Mexican border charges $1,250 for a zoning permit application and requires large family child care homes to have double-wide driveways available for parents to park while picking up and dropping off children, as well as locating play areas to reduce the impact of noise on neighbors. Chris Jacobs, a senior planner for the city’s Development Services Department, said the requirements are in place for safety reasons.

Gladys Gonzalez has had her family child care home in Chula Vista for 10 years. She currently has a license to care for six children under 6 years old. Two children left her care in the past year, because their mothers had second babies and Gonzalez didn’t have space to care for both siblings. Gonzalez applied to expand to serve 12 children, but she said city officials told her she couldn’t get a large license for her home because there wasn’t enough parking space for parents to drop off and pick up their children, even though her neighbors signed a letter saying that parents could park in the shared driveway.

“They’ve been putting up a lot of obstacles to get the bigger license,” Gonzalez said. “I think the city shouldn’t impose so many barriers, so we can expand, earn more and help more families. If not, at some point you have to close because you can’t make it anymore.”

“Our goal is to eliminate or reduce the gap between the kids who are not going to preschool and the ones who are,” he said. If new child care centers can’t be opened up, he said, the children who most need them will continue to be unserved.