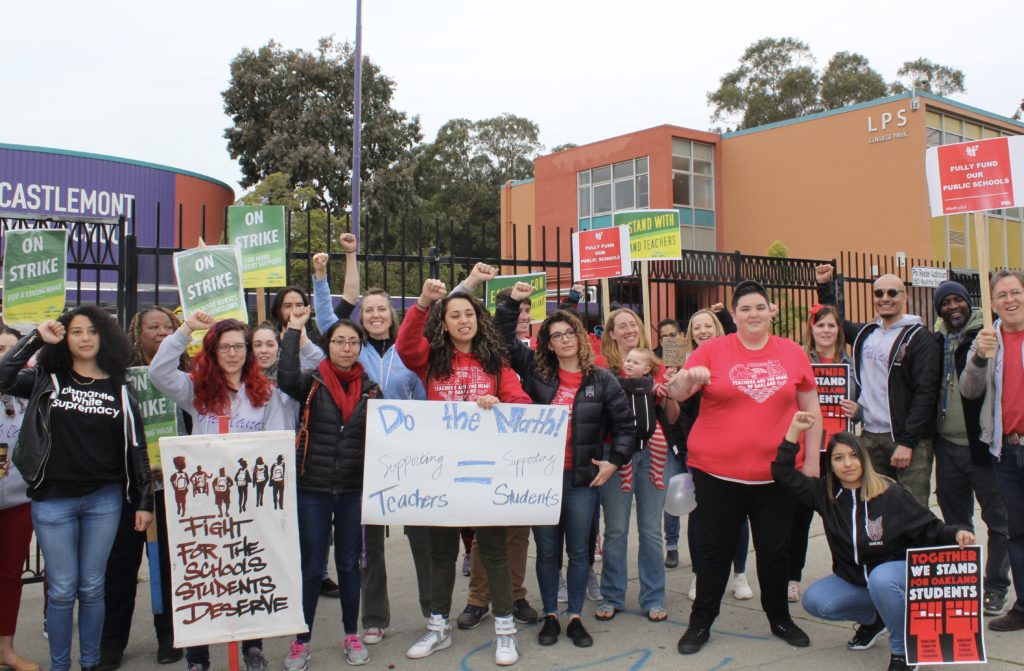 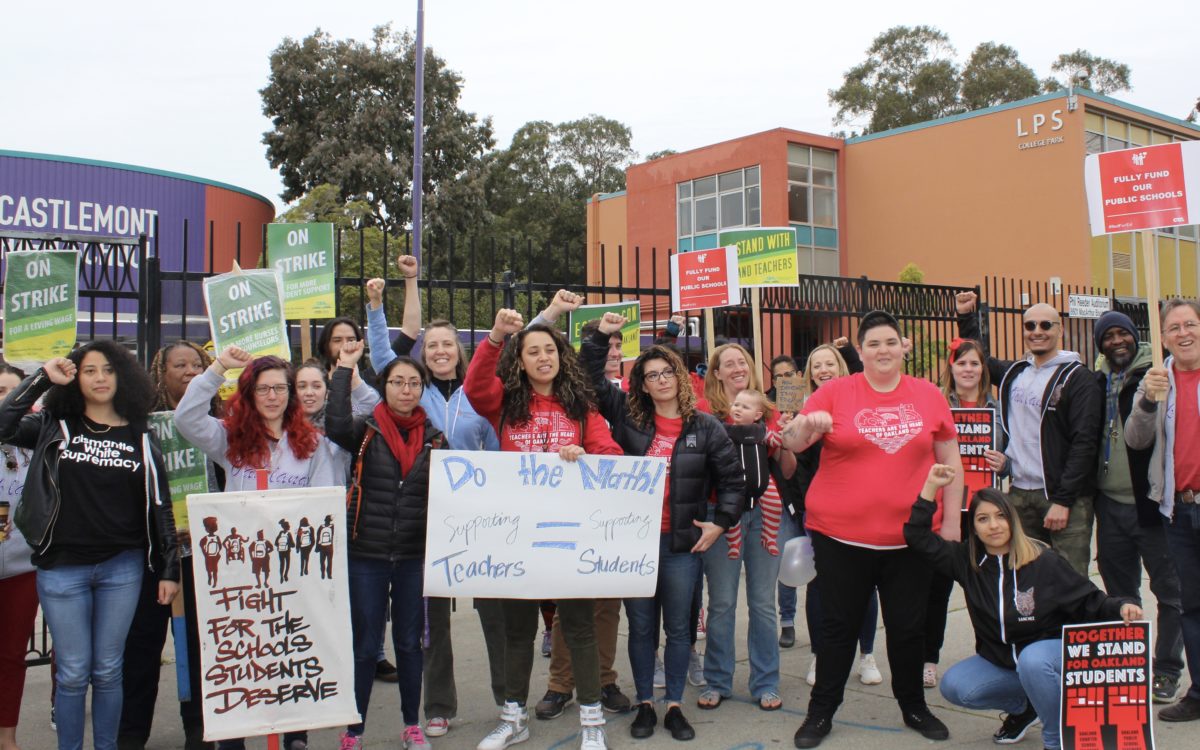 Against the backdrop of greater scrutiny of charter school operations across California, officials at the Oakland Unified School District have drawn up a sweepingly critical portrait of the impact of charters on their district. 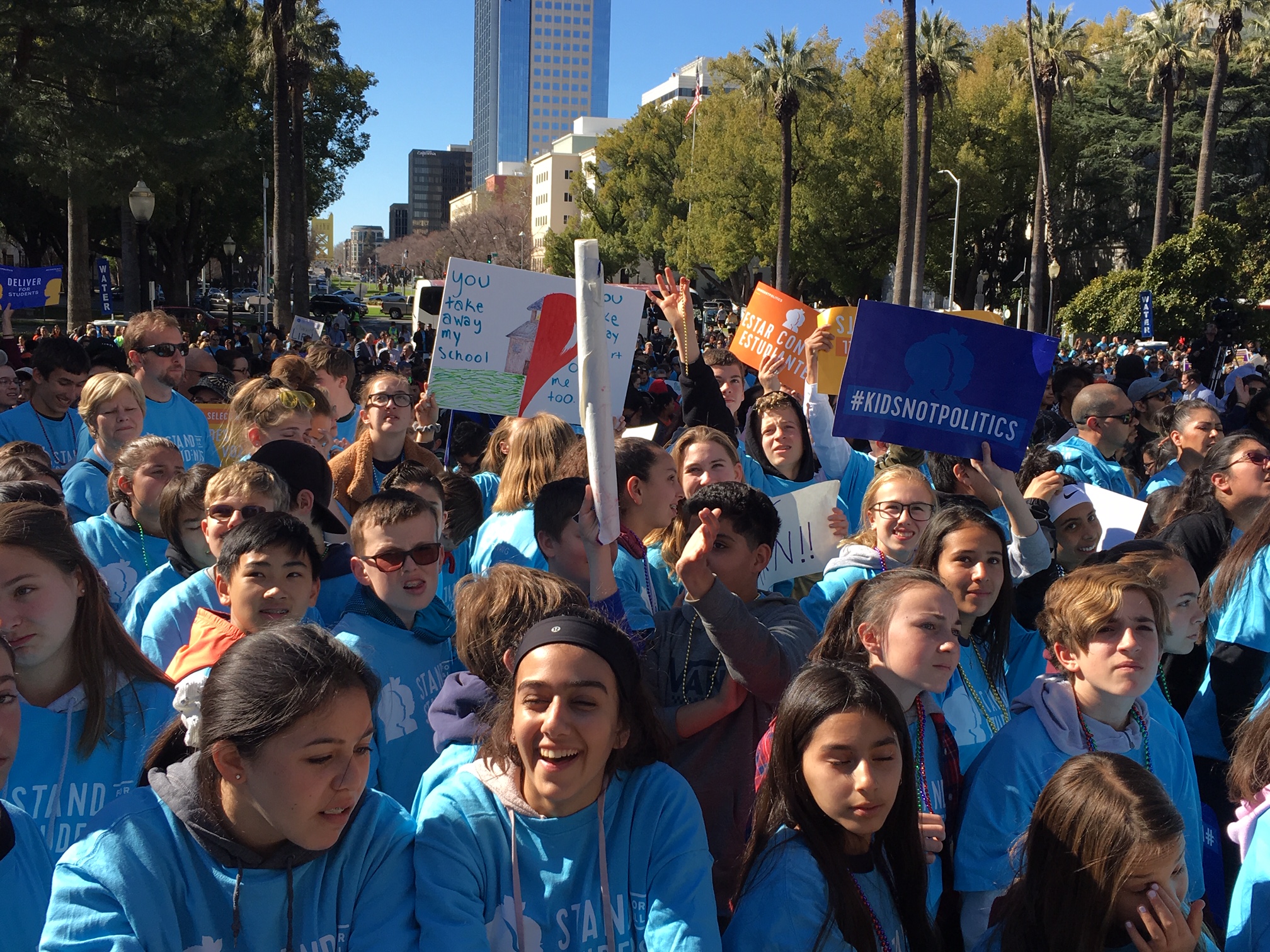 These include the costs of having to deal with lawsuits and revocations of charters, the turmoil created by charter schools that close during the middle of the year and the negative consequences of locating charter schools on the same campuses as district schools. This practice — called “co-location” — is “harmful to students” because it allows less space for “intervention” programs for students in district schools. It can also require staggered lunch schedules, as well as combining grades in single classrooms.

The catalog of criticisms is contained in a 28-page PowerPoint presentation that district officials, including board president Aimee Eng, made last month to the Charter Task Force, an 11-member body created by State Superintendent of Public Instruction Tony Thurmond at the request of Gov. Gavin Newsom.

The panel is charged with making recommendations by July 1 on how to amend California’s charter school law. As part of its deliberations, it is hearing case studies of districts with large numbers of charter schools. So far, it has heard presentations from Oakland and San Diego Unified, with Los Angeles Unified and its charter schools still to come.

The information that districts with large numbers of charter schools like Oakland provide could have a significant impact on what the task force recommends to Newsom. The panel’s deliberations are not open to the public, but Oakland’s presentation was provided by the district at EdSource’s request. San Diego declined to share its presentation.

The task force is looking into such high-stakes issues as whether to impose a cap on charter expansion in the state and whether to allow districts to consider the impact of charters on their finances when deciding on whether to allow them to operate. Reforms like these could have a profound impact on California’s charter sector,  charter leaders fear.

Perhaps the most striking of Oakland’s critique was questioning “whether many charter schools are bringing innovative programs to our students.” This would run counter to the original intent of charter schools — to be laboratories of innovation that could promote improvements in more traditional schools.

The report acknowledged that there have been “modest gains” in average academic achievement among charter school students, but says that it is “unclear if these gains are significant in light of differences in the student populations that they serve.” It asserts, for example, that charter schools have fewer immigrant newcomer students and fewer of those with “moderate to severe needs.” Overall, it noted that there is a “large variation in the quality of charter schools” in the district.

Charter school administrators in Oakland rejected many of the report’s assertions. Hae-Sin Thomas, CEO of Education for Change Public Schools, which runs seven Oakland charter schools, said that California’s charter law needs to be changed. But she said Oakland’s “own portfolio of schools have failed for decades, which may explain why families choose to send their children to charter schools or private schools.”

Jenna Stauffer, CEO of Lighthouse Community Public Schools, which operates two charter schools in Oakland, said the Oakland charter report reinforces what she called a “charter versus district” narrative — one that was also reinforced by the recent teachers’ strike in Oakland.

“Charter schools wouldn’t exist if parents didn’t believe that they needed a different option for their students,” she said. “The proliferation of charter schools testifies to that.”

Other negative effects of charter schools listed in the report include the following:

Fiscal Impact: Charter schools have had a “significant fiscal impact on the district that leads to cuts affecting many of our most vulnerable students, who tend to be the non-choosers,” the report says. By “non-choosers,” it is referring families who don’t actively seek out alternatives like charter schools for their children.

Labor Relations:   Budget cuts, in part related to loss of funds due to  charter schools, have had “a negative impact on labor relations”, as well as the district’s “ability to partner with its unions to improve student outcomes,” the report asserted.

Cost of sharing facilities: Oakland has to spend money to refurbish public school facilities it rents to charter schools — already about $400,000 this year — but it is “unable to establish and enforce policies to help prevent or mitigate the costs,” according to the report.

Lighthouse charter school’s Stauffer rejected some of these criticisms. She pointed out that her school doesn’t lease any facilities from the district because the process to do so is so cumbersome.

Thomas of Education for Change said her organization does lease space from the district but covers all the costs of maintaining them.

Oakland is recovering from a weeklong teachers’ strike earlier this year, in which the impact of charter schools emerged as a major issue. The district is grappling with declining enrollment, the impact of which has been compounded by the outflow of students to charter schools. It is now considering closing district schools, at the same time that it is having to make significant budget cuts as a result of numerous factors, including financial decisions made by previous district administrations.

Leave a Reply to Ann Swinburn