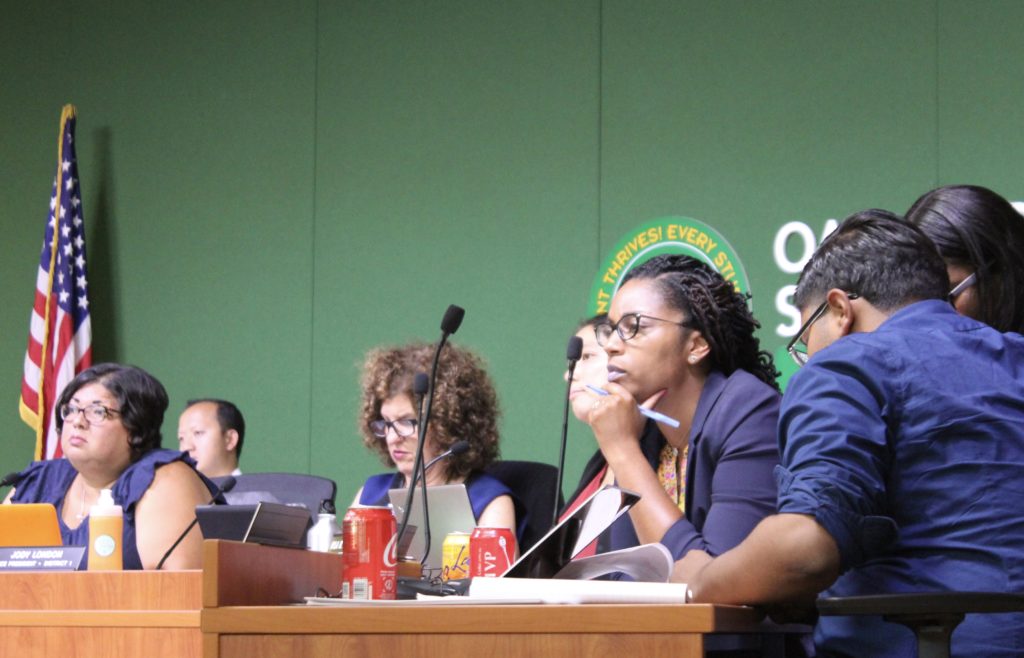 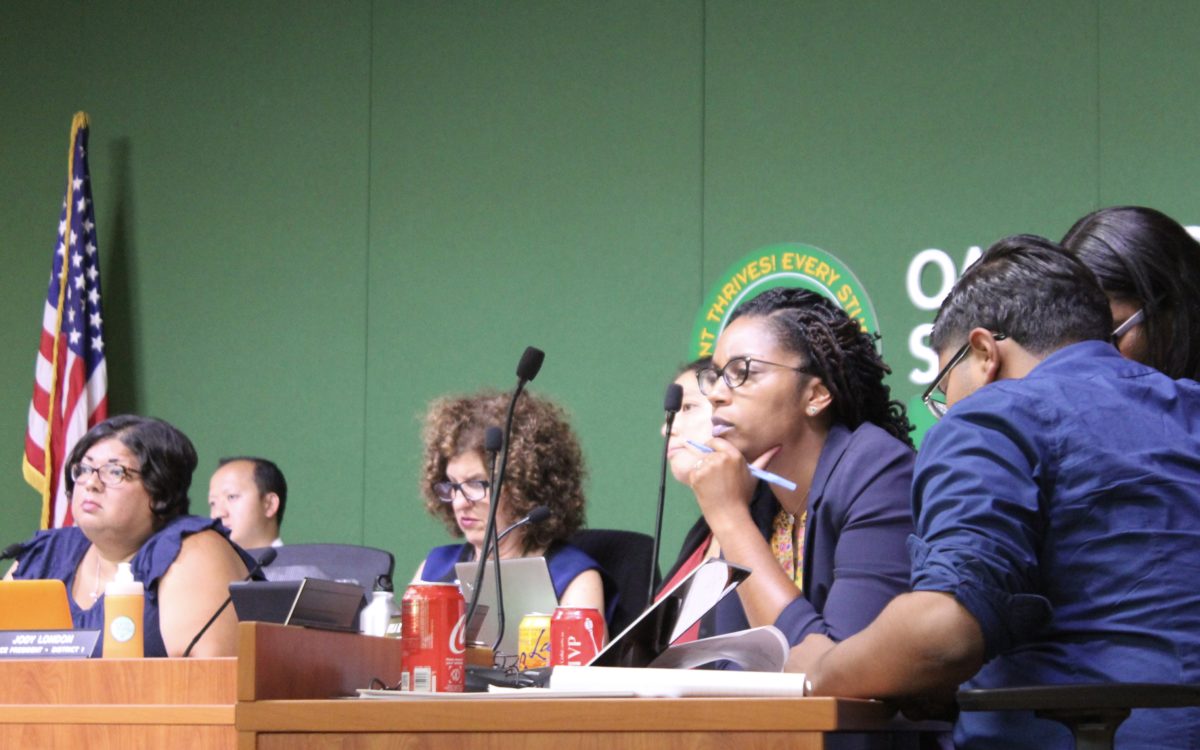 The Oakland school board on Wednesday voted to close two schools and merge them with two others amid opposition voiced by parents and teachers during nearly five hours of pleading, tears and chanting in a packed meeting.

The board also voted to expand one K-8 dual immersion school and invest more money in an elementary school in its second round of school closures, mergers and consolidations.

The board recently approved a Citywide Plan, which found the district could close or consolidate up to 24 of its more than 80 schools and still serve its roughly 37,000 students. The plan is to redirect funds to remaining schools to improve their quality.

The board voted on pieces of the plan individually, approving two unanimously but splitting 5-2 on a proposal to accept the schools plan as outlined last month by Superintendent Kyla Johnson-Trammell to close Kaiser Elementary and move its students to Sankofa Elementary about 3 miles away.

Some opponents accused the district of pitting higher income families who send their children to Kaiser Elementary in the north Oakland hills against low-income families in the so-called flatlands neighborhood served by Sankofa Academy.

Opponents from Kaiser Elementary said the school’s diversity matches the district’s demographics and its academic program is successful. They instead urged the board to consider expanding their campus.

Johnson-Trammel said each of the merged and expanded schools in this round of closings would get priority funding in the district’s 2020-21 budget to ensure they have the support they need to succeed.

“We will talk about what our priorities are,” she said. “We will need to think about the investments we need to make for the next school year.”

Johnson-Trammell warned that the district is expecting to lose students who may not want to stay after their schools are closed, but said by creating stronger merged schools the district may be able to attract new students who are moving into Oakland neighborhoods.

The schools will plan their “redesigns” this year and will merge in 2020-21 with a goal of first getting the school communities to work together to support the new school and then moving toward improving academic achievement, she said.

“We’re realistically talking about what we can point to for the first year or two years,” she said. “In Oakland, we’re in a very competitive environment, and there’s going to have to be that same level of support just around improvement.”

The board voted unanimously to invest more money in Fruitvale Elementary in East Oakland, which is under-enrolled in the hopes that more families in that neighborhood in will choose to send their children there.  The school “posted significant double-digit growth” in its Smarter Balanced statewide test scores in English and math for students in grades 3 through 5 in 2018-19, according to the staff report to the board.

It also voted unanimously to close the School of Language dual immersion middle school and merge it with Frick Academy middle school, as well as to expand the popular Melrose Leadership Academy dual immersion K-8 school onto two campuses, after Johnson-Trammell clarified that SOL and Frick could spend more than a year planning their redesigns if necessary, after they merge onto one campus. Several community members had asked for more time to plan this consolidation. All of these campuses are in East Oakland.

The most contentious decision was the closure of Kaiser Elementary, which draws students from throughout the city. The board first considered a plan proposed by board member Jody London, who represents North Oakland where all three schools are located,  to close both the Kaiser and Sankofa elementary schools and merge them onto the closed Santa Fe Elementary campus.  That failed in a 2-5 vote, after most board members and dozens of members of the public pleaded to allow Sankofa — which has been under-resourced for years — to remain on its campus.

In a 5-2 vote, the board agreed to close Kaiser and move its students to the Sankofa campus. It also agreed to consider reopening the closed Santa Fe Elementary campus as part of the next round of school closures, consolidations and expansions.

Board members Roseann Torres and Shanthi Gonzales voting against the Kaiser-Sankofa merger, saying they didn’t think the district should be forcing Kaiser parents and teachers to move after they have clearly said they don’t want to and may not go along with the merger.

“I think there’s a way to do this so we could be successful, but we don’t have buy-in to do this,” Gonzales said. “Without buy-in from teachers and very little buy-in from parents, I don’t think it’s going to work and I think it’s a little irresponsible.”

Sankofa parents and teachers have said they would be happy to merge with anyone, as long as they could stay on their campuses and receive adequate resources to improve their school. But a group of Kaiser teachers said they would refuse to participate in the redesign process and one vowed to continue the fight after the vote. Some parents threatened to file lawsuits or to start recall campaigns against board members.

In other issues, the board also agreed on its response to a scathing Alameda County Civil grand jury report that alleged the district has a “broken administrative culture” that has led to “millions wasted every year.” The board’s response partially disagreed with the broken culture allegation, saying “the district is working to improve its culture” by focusing on “organizational wellness” training to “build a culture that values divergent perspectives, creative problem-solving and mutual accountability.”

The board is also working to create a whistleblower policy by the end of the school year “to improve the district’s culture and address concerns regarding nepotism and financial distress.”

The board also approved budget revisions that showed the district has more money in reserves than it projected in June. Gonzales and some members of the public questioned why some of this money has not been returned to schools to restore cuts that were made when the district thought it was in more serious fiscal distress.