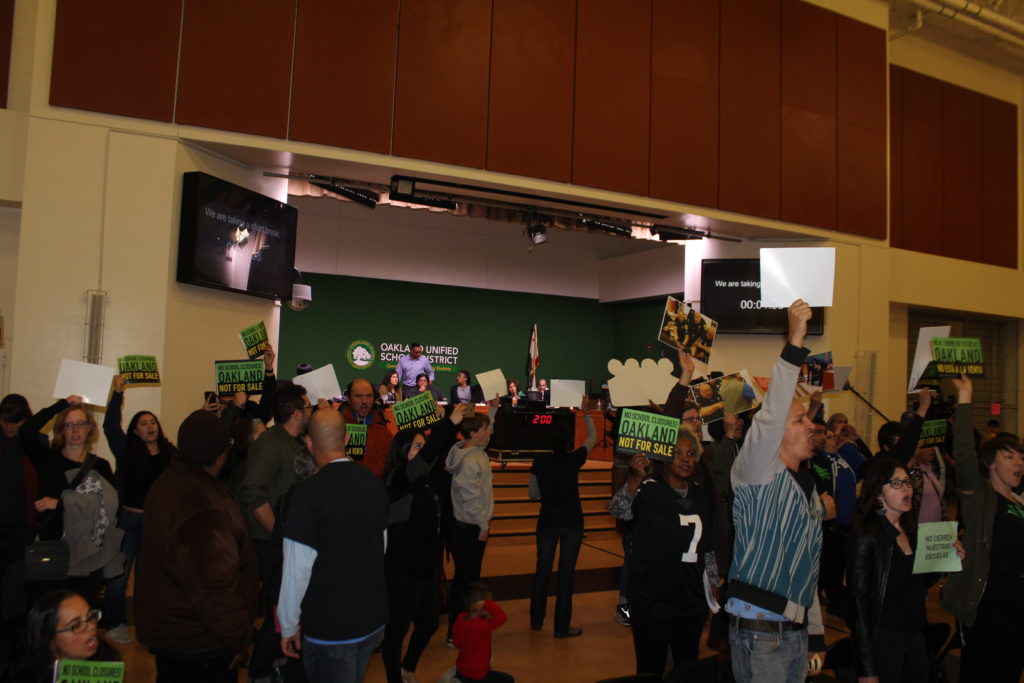 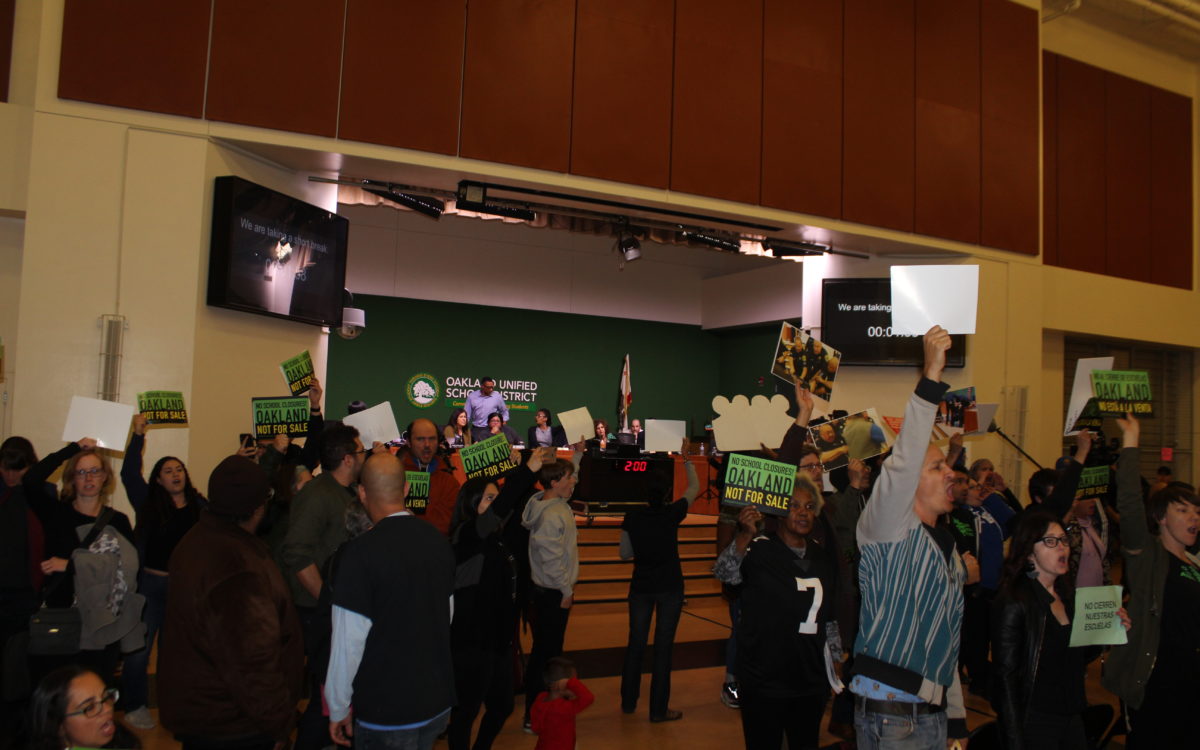 The Oakland school board on Wednesday again moved its meeting to an upstairs conference room closed to the public after protesters disrupted its regular downstairs meeting.

As in two previous meetings, the public was allowed to participate in the meeting via a microphone and video camera.

Saru Jayaraman, a Kaiser parent who says that her leg was injured during her arrest on Oct. 23, led the disruption on Wednesday by asking the crowd to turn its backs on the board and face the opposite side of the room. Despite being on crutches, she led chants such as “Oakland is not for sale” and songs such as “We shall not be moved” against school closures and the growth of charter schools. Several protesters held up photos of police pushing people back with batons at the Oct. 23 meeting. 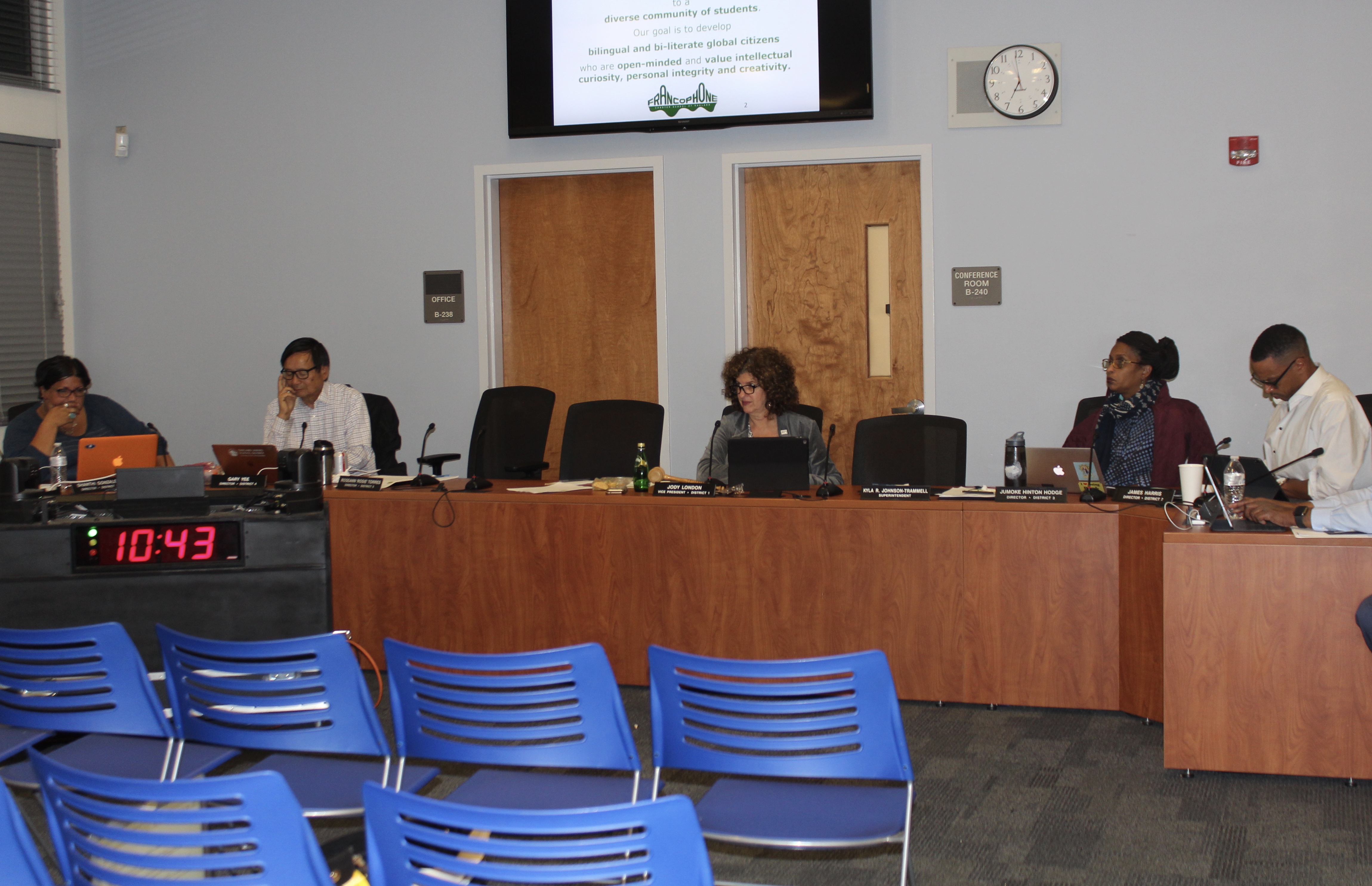 However, unlike the Oct. 23 meeting, police did not set up a barricade and no police or security guards prevented protesters from taking the stage and sitting in the board members’ seats after they left the room.

The district’s handling of the Oct. 23 protests has become a flash point between the protesters and the district.

Superintendent Kyla Johnson-Trammell has attempted to appease opponents by offering to meet with them next week and by enlisting a third party to investigate the use of police force last month. The district has also said that police body cam footage may be publicly released, but a district spokesman Wednesday said that the video must first be reviewed by the investigator, who has not been identified.

The district is closing, merging and expanding schools over five years in phases. The Kaiser closing is part of the second phase approved by the board in September to take place at the end of this school year. 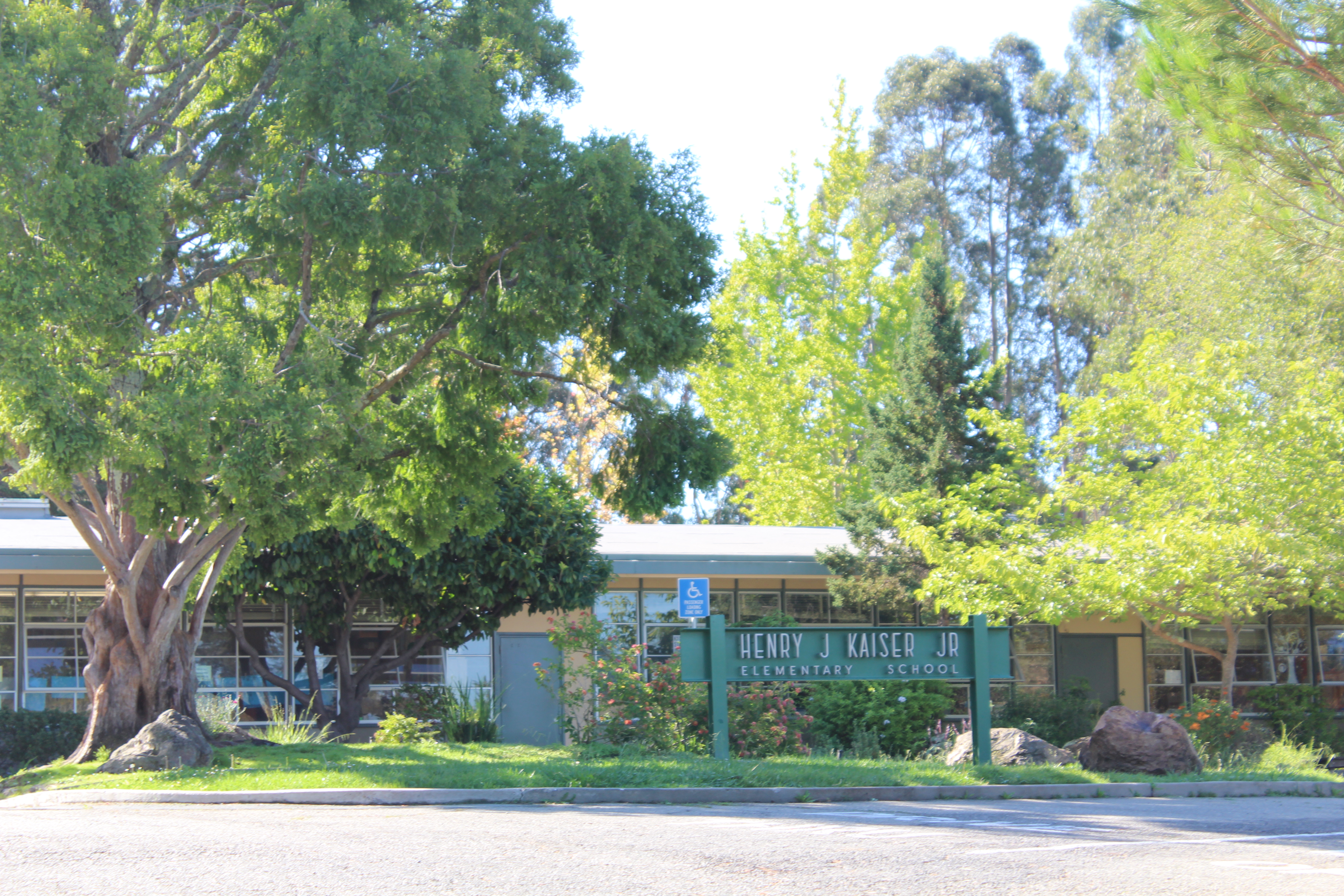 Kaiser Elementary is a small school in the affluent Oakland Hills with a diverse student body of 282 students drawn from across the city. Many parents, teachers and others oppose the planned closing of Kaiser and the merger with Sankofa Academy, which has fewer than 200 students located on a larger campus in the city’s flatlands, a lower-income area. Kaiser parents provide significant financial support to the school to pay for programs and services while Sankofa parents have been unable to raise as much extra money for the school.

The board plans to approve a third phase of school closings or mergers in May. But, it is unclear how many schools the district will ultimately close even though a report last year found that the district could close or merge up to 24 schools and still serve its approximately 37,000 students. 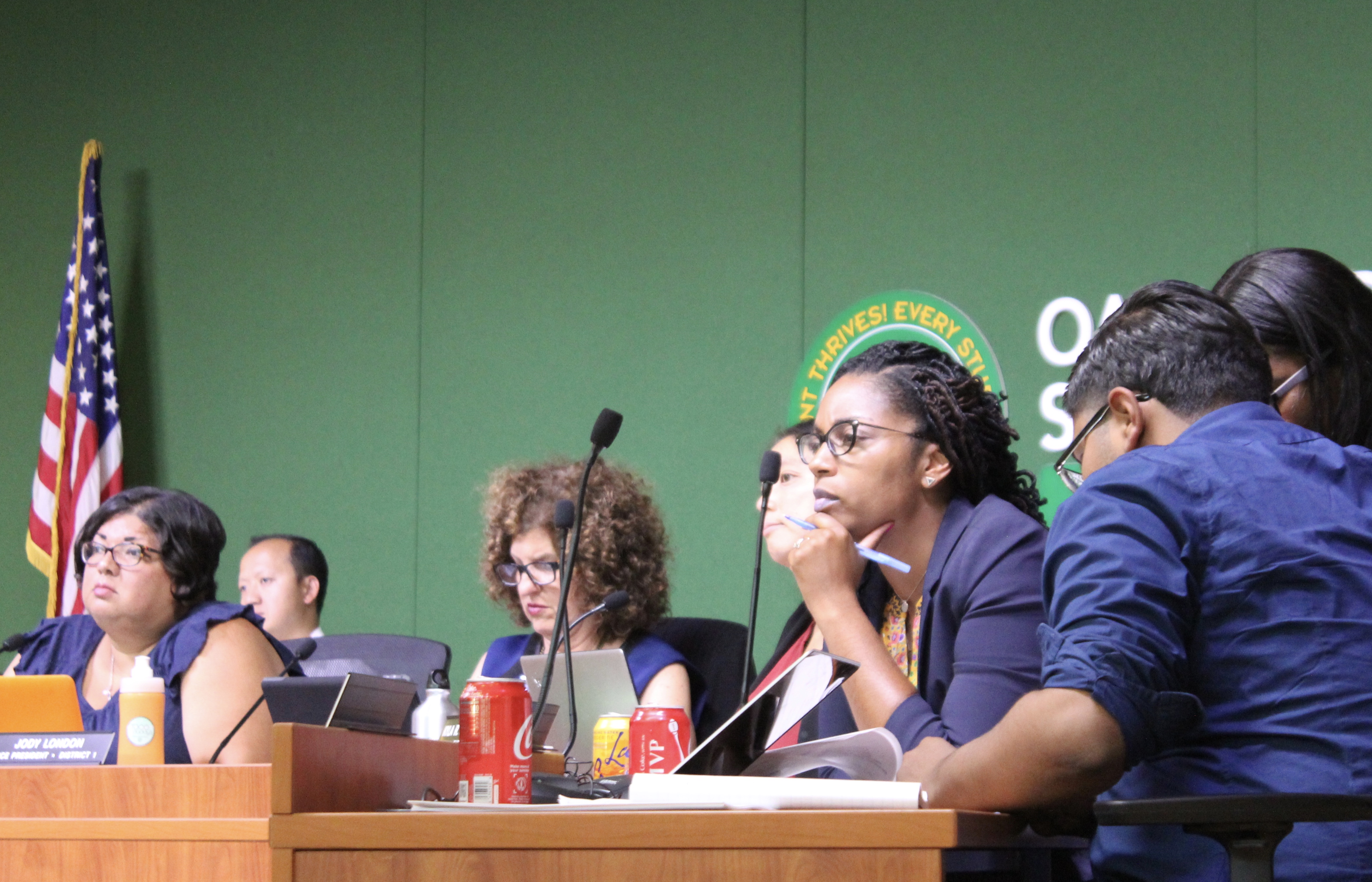 Johnson-Trammell sent out a message to the community before the Wednesday meeting clarifying that the board has not determined how many schools will ultimately close or merge. Instead, the schools affected are being identified each year, with three more phases still to come.

During the upstairs meeting, board member Roseann Torres expressed concerns about parents and children who are being repeatedly impacted by school closures, since they never know from one year to the next which schools will be closed in the future. Without knowing which schools will be included in the third phase, parents are uncertain whether the schools they choose for their children next year may again be closed, she said.