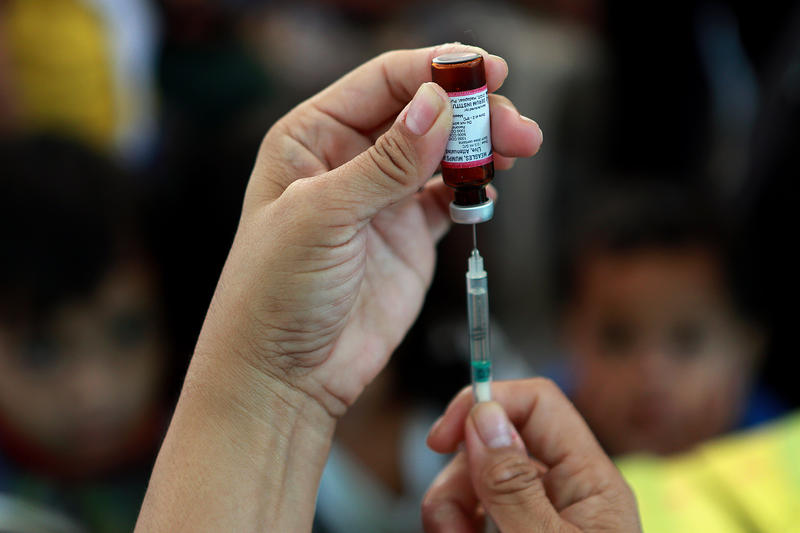 California Governor Gavin Newsom and state lawmakers hammered out an agreement Friday that will keep alive legislation that tightens restrictions on medical exemptions that allow students to attend school without having all the required vaccinations.

In exchange for his signature on Senate Bill 276, the governor asked for a slate of revisions in the form of a second bill that would loosen some restrictions and tighten others. The bill must move through the Legislature before Sept. 13, which is the deadline for the current legislative session.

“These amendments clarify legal and administrative processes in SB276 in order to ensure medical providers, parents, school administrators and public health officials know the rules of the road once it takes effect,” according to a statement from the governor’s office. “The Governor will sign SB276 once the companion legislation has passed both houses.”

Senate Bill 276 calls for a review of a medical exemption for the following reasons:

The bill also requires the state Department of Public Health to develop a standardized electronic medical exemption form, prohibits physicians from charging families for filling out a form or for a physical examination related to renewing a temporary medical exemption and establishes an appeals process for medical exemptions that are revoked.

The new piece of legislation proposed by Newsom, Senate Bill 714, maintains those changes. However, there are several key addendums. Among them:

The revisions come on the heels of raucous protests at the Capitol in Sacramento from parents and activists in opposition to the bill.

“As the latest measles outbreak threatens the country’s elimination status, California acted to keep children safe at school by abolishing non-medical exemptions,” Pan said in a statement. “Unfortunately, a few unscrupulous physicians are selling inappropriate medical exemptions and we need SB276 stop the corruption of medical exemptions that endanger children. I appreciate the governor’s commitment to sign SB 276 with amendments contained in SB 714 that we both agree upon to ensure we maintain the community immunity needed to protect our kids.”

Medical exemptions have gone up fivefold since 2011, to 4,812 in 2018, according to a recent EdSource analysis of hot spots with low vaccination rates. Pan said that many of the exemptions are clustered in the same schools, creating pockets of unvaccinated students who undermine the state’s overall high vaccination rates.

This post was corrected to reflect the fact that students with medical exemptions issued before Jan. 1, 2020 are not subject to the new restrictions when they change schools, only at vaccination checkpoints.