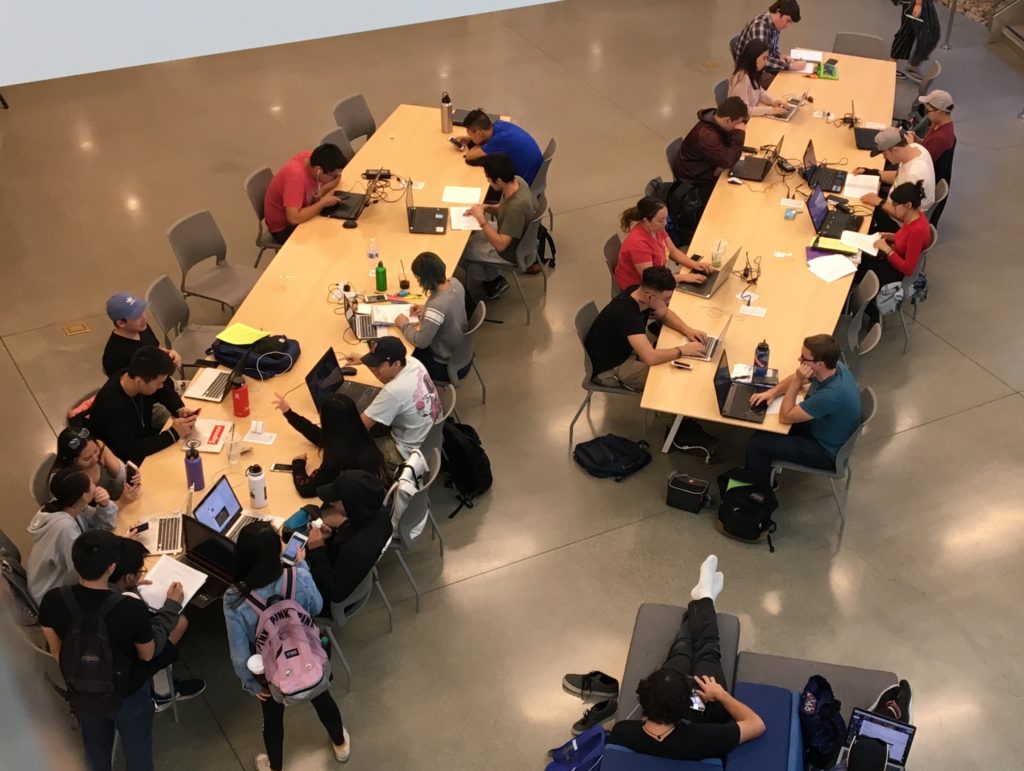 Gov. Newsom wins funding for students who are parents; no tuition increases 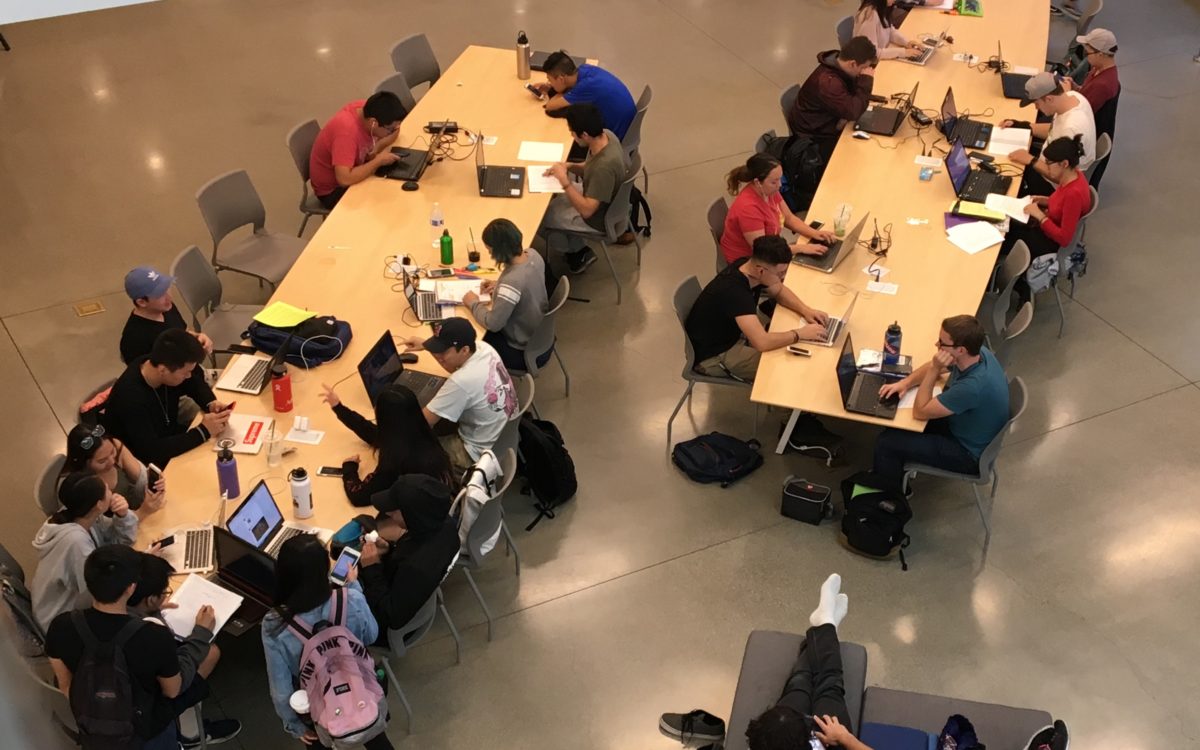 In addition, $4 million will be available to study the possible construction of two new campuses in the California State University system, which currently has 23.

The new state budget’s plans for higher education follow many of the recommendations that Gov. Gavin Newsom unveiled in January when he presented his first budget since being elected governor, including no tuition increases. In some instances, such as aid to homeless and hungry students, the Legislature provided even more than the governor originally proposed.

Newsom, who has until July 1 to sign the budget or veto portions, won a significant victory on a family-friendly issue. He muscled back into the budget his endangered proposal to provide students at public universities and colleges who are parents of dependent children additional financial aid. Those students could receive up to $6,000 a year for books, child care and other non-tuition expenses on top of tuition aid. Legislators had all but killed the idea, saying it would be overly complicated and might not help the neediest. About 29,000 students who are parents of dependent children could receive that extra help, according to Newsom’s proposal.

The new budget did not drastically expand the actual size of basic Cal Grants, the financial aid that can cover up to full tuition for low- and middle-income students, whether they have children or not. Advocates had sought, but did not get, a big spending increase to pay all eligible students’ living expenses.

However, the budget did give hope to many older students by increasing to 41,000 the number of Cal grants available to those who start college more than a year after graduating from high school or, in the case of community college transfers, are 28 or older. In the past, this group had to apply for one of 25,750 so-called competitive Cal Grants. The 41,000 still will be far from meeting the demands of the estimated 250,000 eligible students who applied.

Going beyond Newsom’s requests, the budget sets aside $52.9 million to help students at the state’s 33 public university campuses and 115 community colleges who face homelessness, housing insecurity and hunger. Some of that will provide needy students emergency grants for rent on- and off-campus and support food pantries. About $15 million is dedicated to expanding mental health services across all of the state’s higher education campuses.

Christian Osmeña, vice chancellor of finance at California Community Colleges, said the chancellor’s office is “excited about the increase” in competitive Cal Grants, noting that those awards generally go to community college students. But Osmeña added that the chancellor’s office expects Newsom and the Legislature to take further steps toward financial aid reform in the 2020-21 budget, such as changing eligibility requirements that hurt older students.

“We are supportive of expansion to the competitive Cal Grant program, but in our minds this should be just the start of financial aid reform more expansively, more holistically, and it needs to be much more significant than what’s in this year’s budget,” he said.

The new budget recognizes that so many college students are not the “traditional” 18-to-22-year-olds with parental support, according to Ria Sengupta Bhatt, who is interim executive director of California Competes, an organization that advocates policies to help more people earn college degrees. “Students who are balancing work and school, supporting a family, and have substantial unmet financial need are not an exception, but increasingly the norm. This year’s investments represent important initial progress. To sustainably make college attainable for more Californians and fuel our growing economy, our state has to continue the charge in this direction,” she said in a statement.

The $3.9 billion in general fund revenues for the 10-campus University of California system means an increase of about $194 million over last year and will fund enrollment of 4,860 more in-state undergraduates, about a 2.6 percent increase, according to state analysts. The budget also includes $143 million for deferred maintenance repairs to UC campus facilities.

The 23-campus CSU system is slated to receive $4.2 billion in general fund revenues, about $400 million more than last year. The plan calls for CSU to add the equivalent of 10,000 more full-time California undergraduates, about a 2.75% increase. It includes $75 million for CSU efforts to improve graduation rates by hiring more professors and other measures. About $239 million will be dedicated to fixing buildings and expanding child care centers and $3.3 million is for Project Rebound, which helps the formerly incarcerated get into and complete college programs.

The governor originally sought $2 million to study the feasibility and need for a new CSU campus in the San Joaquin Valley area, most likely in Stockton. That was included in the budget plan but legislators concerned about high demand for university enrollment in their own districts approved an additional $2 million to study several other areas as well for possible CSU campuses: Concord, Chula Vista, Palm Desert and San Mateo County. (Stockton, Concord and Palm Desert already have satellite centers, which in the past have grown elsewhere into full and independent campuses in the system.)

At the 115 community colleges, the deal allocates $25 million to grow overall enrollment among full-time equivalent students by 0.55 percent, or about 6,100 students. The budget provides $85 million for the California College Promise plan, doubling last year’s funding so that campuses can provide two years of free community college to students or pay for other student costs, such as books. The program can cover full-time students who otherwise aren’t eligible for tuition breaks meant for low-income students.

The relatively generous budget means that tuition will remain flat at public institutions for California residents. UC is keeping tuition in 2019-20 for Californians at the current $12,570, not counting living costs and some campus fees. CSU’s tuition for full-time, in-state students will remain $5,742 and charges at community colleges will stay at $46 a unit. (UC is hiking its tuition charges for students from other states and countries by $762, to $42,324.)

In addition, extra financial aid for summer classes will be available at the universities: $4 million for UC and $6 million for CSU. This is aimed at helping low- and moderate-income students finish their degrees faster since many summer classes receive no state subsidies and can be relatively expensive.

Several items in the budget focus on ways to improve learning and overcoming disabilities.

Newsom struggled as a child with dyslexia and he has been vocal in support of research and treatment of the reading disorder. The budget funds a pet project of his, with $3.5 million for a screening, treatment and research center on dyslexia at UC San Francisco.

A $6 million appropriation is supposed to establish a joint UC and CSU “neurodiversity and learning collaborative” to study brain research and learning disabilities, including dyslexia, and how K-12 classroom practices can help ease resulting problems. Another $3 million was given to CSU to study ways to narrow academic achievement gaps among income and ethnic groups and improve K-12 teaching and learning methods.