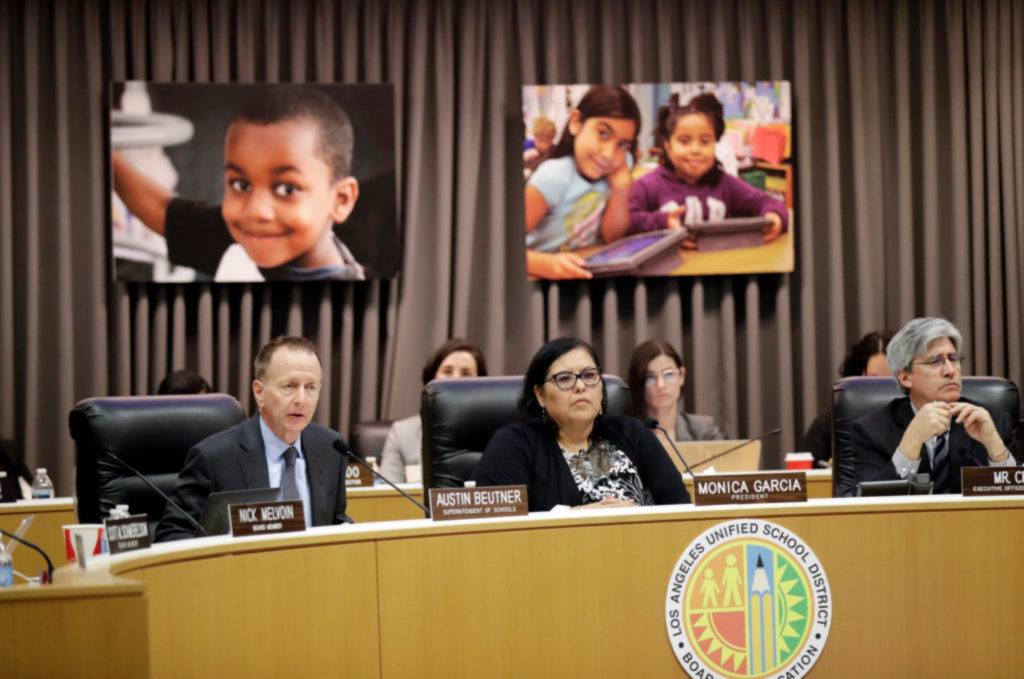 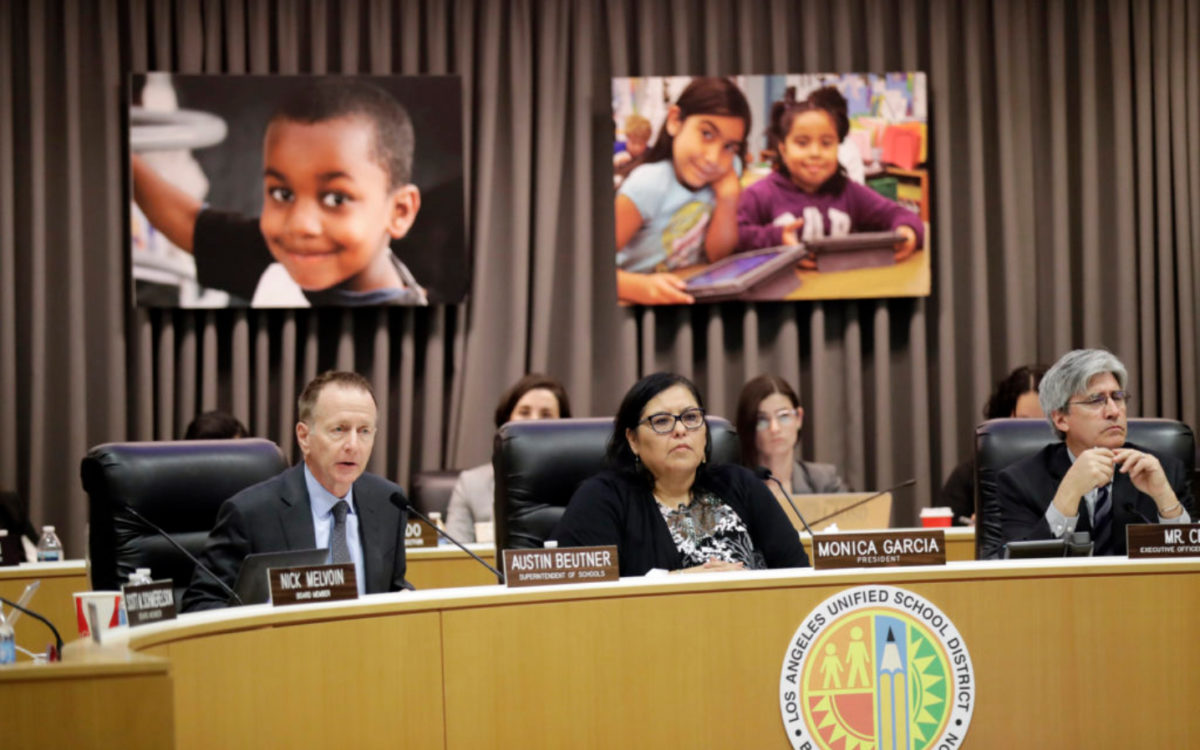 The complaint argues that the district wrote a vague and deficient Local Control and Accountability Plan — or LCAP – that fails to meet the state’s transparency requirements on how it will spend $1.2 billion in state funding dedicated to high-needs students. The district’s board of education approved the plan last month, although several board members acknowledged at the hearing that they found the LCAP and the budget to be confusing. 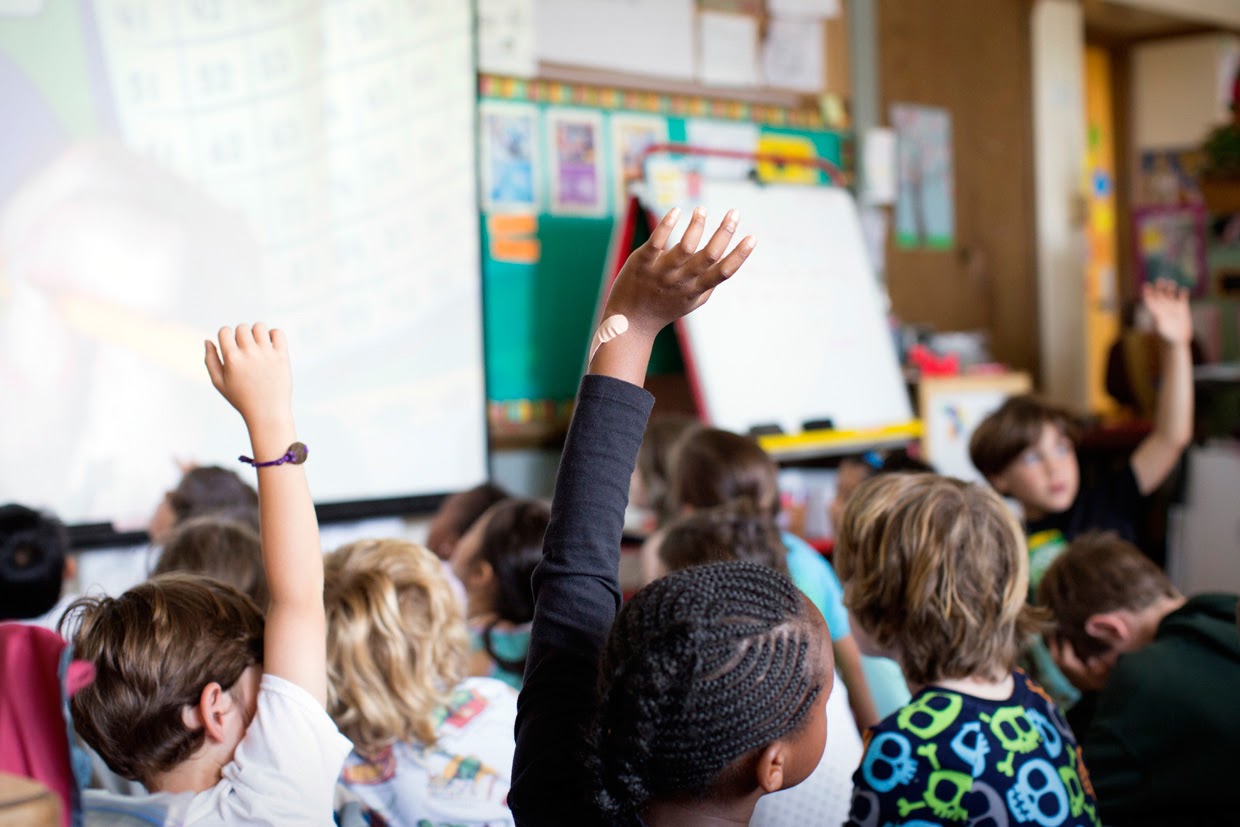 Public Advocates wrote that going through the channels would be “futile” given the district’s unresponsiveness to past complaints and the county office’s “consistent rubber stamping” of previous LCAPs. Delays in ruling on the complaint would “irreparably” harm children relying on the funding to improve their education, the complaint said.

Spokespeople for both the district and the county office declined to comment on the complaint, saying it was under review.

State law requires that districts and charter schools, in consultation with parents and the community, write an LCAP every three years, with annual updates, to account for money they receive through the Local Control Funding Formula (the source of most state education funding). They must spell out how they will improve achievement in a range of areas and how they will lower suspension rates and chronic absenteeism.

The funding formula also provides supplemental money for each English learner, foster youth, homeless and low-income student and allocates additional money to districts where these “high-needs” students are highly concentrated. Districts must detail how they will use those “supplemental and concentration” dollars to improve programs and services beyond what they spend using base funding. In L.A. Unified, high-needs students comprise 85 percent of enrollment and generate $1.2 billion of the more than $5 billion in district funding under the formula.

That’s about an eighth of the total statewide supplemental and concentration funding amount, the complaint notes. State law requires that this money be “principally directed” toward a district’s high-needs students and be effective in improving their education. The complaint says that, despite its 115-page length, the LCAP fails to show this is happening.

The state-mandated LCAP template requires that a district set improvement goals, list actions to accomplish them, detail the amount it will spend on them and include the metrics to measure progress. In the following year’s LCAP, a district must include columns updating the metrics and how much was spent.

Since the first LCAP in 2014 and through template revisions by the State Board of Education — another is coming soon — districts and advocacy groups have struggled to strike a balance between comprehensiveness and clarity. Many districts have written LCAPs of off-putting length that have not satisfied the goal of transparency, which would allow the public to track how — or even if — large amounts of supplemental and concentration dollars were spent.

L.A. Unified, with more than 1,000 schools, shouldn’t get a pass because of its size, said John Affeldt, managing attorney for Public Advocates. “Its LCAP needs more detail than a small district. They get a ton of money,” he said. “The excuse can’t be, ‘We are too big to have a bona fide conversation with our community.’”

$880 million in one action item

The complaint cites Elk Grove Unified as evidence that a large district can write an effective LCAP. Elk Grove, with 60,000 students and 67 schools, used addendums for detailed information and links to schools detailing their spending of supplemental and concentration money. The key is to start the LCAP process early, so that principals know in the spring how much money they will have the following fall, said Xanthi Pinkerton, Elk Grove’s director of communications.

L.A. Unified principals don’t find out how much supplemental and concentration money they’ll get until July or August, when it often is too late to hire credentialed teachers for new positions, said Aurea Montes-Rodriguez, executive vice president of Community Coalition, a south Los Angeles nonprofit organization.

The LCAP lists multiple actions for each goal. For example, it cites adding Advanced Placement readiness classes, extra help for students in Algebra I and after-school and summer programs as services that help meet the 100 percent graduation goal for high-needs students.

In its 41-page complaint, Public Advocates argues that the LCAP nonetheless fails to meet the law’s requirements for using supplemental and concentration funding.

It designates $880 million — more than three-quarters of the total — through one broad action item to meet the 100 percent graduation goal. Although the action is called “School Autonomy,” it doesn’t distinguish programs that are actually under a principal’s discretion from those that the district mandates, the complaint said. And by using what the complaint calls the “mega-action,” it bundles together many distinctive smaller actions with different rationales, objectives and locations. The result is that it’s impossible to determine whether each investment is working and whether progress is significant or non-existent, the report says.

The school autonomy portion includes about $290 million that will go to the L.A. Unified schools in the most impoverished neighborhoods under a formula called the Student Equity Needs Index. Community Coalition, Inner City Struggle — another south Los Angeles nonprofit — and the advocacy organization Advancement Project lobbied the district to use the formula. But while crediting the district for using it, the complaint said the district failed to say how the full $880 million would be divvied up to which schools and how they would use the money to improve graduation rates.

“We are in favor of school-level allocations as an effective way to serve high-needs students, but that doesn’t free the district of duty to tell the community what is happening,” Affeldt said.

Montes-Rodriguez said that community groups are asking the district to pay for an independent evaluation of funding through the index and to set up a parents group to help choose programs using supplemental and concentration funding. She said she is optimistic that will happen.

In 2015, Public Advocates, the ACLU and Covington & Burling successfully filed a lawsuit alleging the district was crediting $450 million in special education services as meeting its supplemental and concentration funding obligation. The district eventually settled. The current complaint says that the LCAP doesn’t account for $340 million of the district’s $1.2 billion in supplemental and concentration dollars. Affeldt speculated the district may be using it as base funding to balance its budget.

“We know they have real fiscal issues and it may serve their purposes to remain vague. But if (district officials) want more support, they’ve got to earn community trust by coming completely clean on how they are spending their money,” he said.