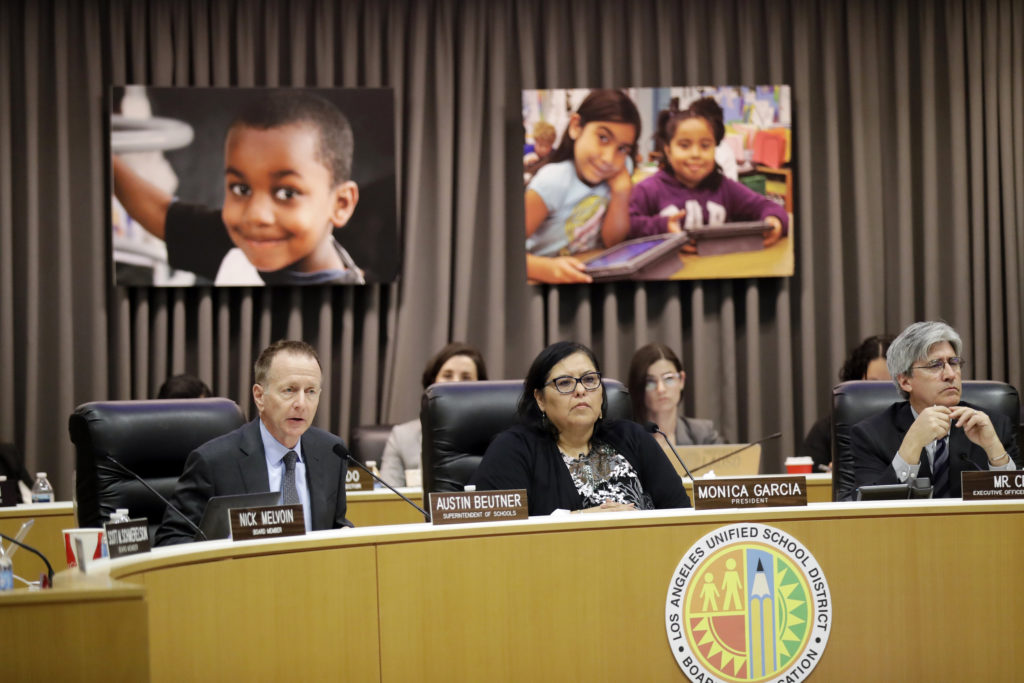 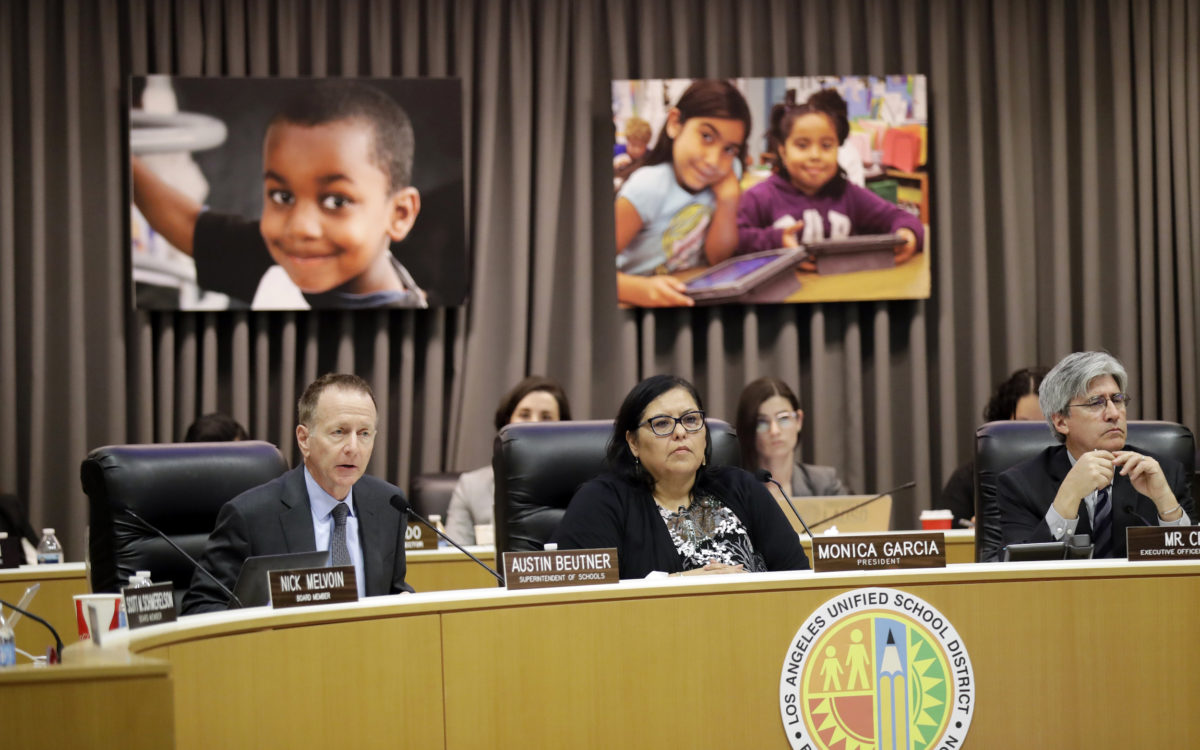 Los Angeles Unified, which serves more than 600,000 students, published what are known as academic growth data as part of a new online data portal called School Information+, becoming the latest district in the state to share the data.

The new platform gives each LA Unified school a growth score from 1 to 100 in both math and English based on how much students improved from 2018 to 2019 on Smarter Balanced tests in those subjects. A score of 50 is considered average growth and higher scores signal better growth.

In some cases, Los Angeles schools that are low-performing on traditional proficiency measures are among the schools showing the highest rates of growth, according to the new data.

For example, the data show that students at Andres and Maria Cardenas Elementary in the central San Fernando Valley and Hillery T. Broadous Elementary in the northern San Fernando Valley grew at above-average rates in math and English — even as fewer than 35 percent of students at those schools are proficient in those subjects. Both those schools also enroll high numbers of low-income students, with more than 90 percent of students at each qualifying for free or reduced-price lunch.

Superintendent Austin Beutner said in an interview Wednesday that the data will give district stakeholders deeper insights into the impact schools are having on student learning.

“One of the things that growth does is it takes out selection bias. And it looks at how you’re helping students on their own individual journey get better and grow. It’s a very powerful thing,” Beutner said. “I think where it’s most powerful is to look at those opportunities where growth is happening, whereby traditional measures schools might be mislabeled and misinforming the community about the opportunity that exists for students to do well.”

Growth data measure how the same group of students improve year to year on Smarter Balanced tests in math and English. The growth model used by LA Unified controls for student characteristics, such as English learner status and whether a student is homeless or in the foster care system. By measuring the progress of the same students, it also accounts for the possibility that the student composition of a school may differ from one year to the next.

Making the data public provides district stakeholders with an extra layer of data that are not included in the California School Dashboard, the state’s system for assessing school performance.

Growth data are available only to California school districts that are part of the CORE districts, which include eight of the state’s largest districts: Los Angeles, Fresno, Long Beach, Oakland, San Francisco, Santa Ana, Garden Grove and Sacramento City.

The CORE districts, which were established in 2010, compile several measures of student performance not included in the dashboard, including growth data. LA Unified on Wednesday joined Long Beach, Fresno and Oakland in sharing that data publicly.

The dashboard’s test score indicator measures student progress by calculating the difference between the current year’s scores and the previous year’s scores. It calculates the percentage of students who fail to meet, nearly meet, meet or exceed standards on the math and English language arts tests. The state is expecting to release the 2019 test scores next week.

Growth data, meanwhile, tracks the performance of the same students from one year to the next. The model used by LA Unified and other CORE districts uses a formula that predicts a student’s test score and then compares that prediction to the actual score. When calculating the predicted score, the formula considers a student’s previous test scores and whether the student is an English learner, homeless, has a disability or is low-income or in foster care. A school is considered to have high growth if its students are beating their expected scores, even if they are not meeting standards.

Growth data advocates say measuring the improvement of the same students is a better method because the students who attend a school may vary significantly from year to year.

“When you’re serving a high-needs population that is quite transient due to lots of societal factors, being able to stay with a student or an appropriate cohort of students is a lot more illuminating than just looking at grade-to-grade in the same school,” he said.

The growth data released Wednesday show that certain schools in the district are showing above-average growth even though the majority of their students are not meeting standards on standardized tests.

Andres and Maria Cardenas Elementary scored 84, on a 1 to 100 scale, in growth among all students in math, even though only 21 percent of students at the school scored proficient in that subject. At Ellen Ochoa Learning Center in Southeast Los Angeles, 34 percent of students scored proficient in English and Language Arts, but the school received a growth score of 91 in the subject. Hillery T. Broadus Elementary has growth scores of 75 or better in both math and English even though almost three in four of its students were not proficient in those subjects.

Beutner said the new data “adds to the overall picture” of schools in LA Unified, but added that the district shouldn’t use growth scores to make broad conclusions about any given school.

“We call it School Information+, because it’s more information about a school, but it’s not the only answer. And it doesn’t mean the existing set of information is not helpful. Of course it’s helpful. We just think we can have more information,” Beutner said.

“If you look at a measure in isolation and somehow allow that to be the only conversation you’re having, I think that isn’t the way to use information like this to help the school, help the community, help the students in the school,” he added.