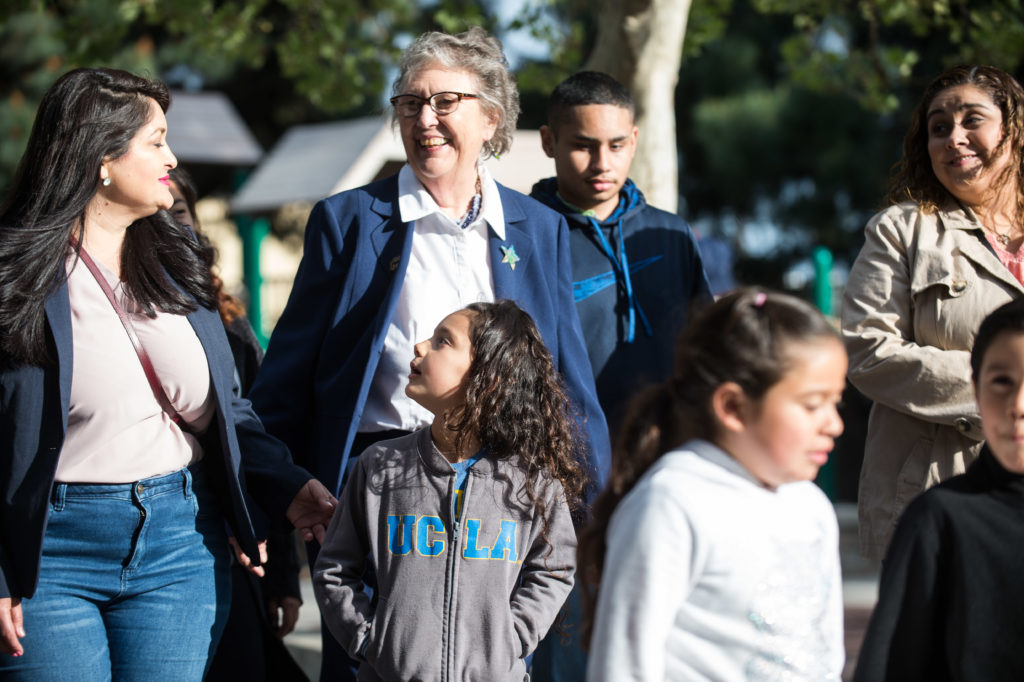 Veteran lawmaker and activist returns to school board after decisive win 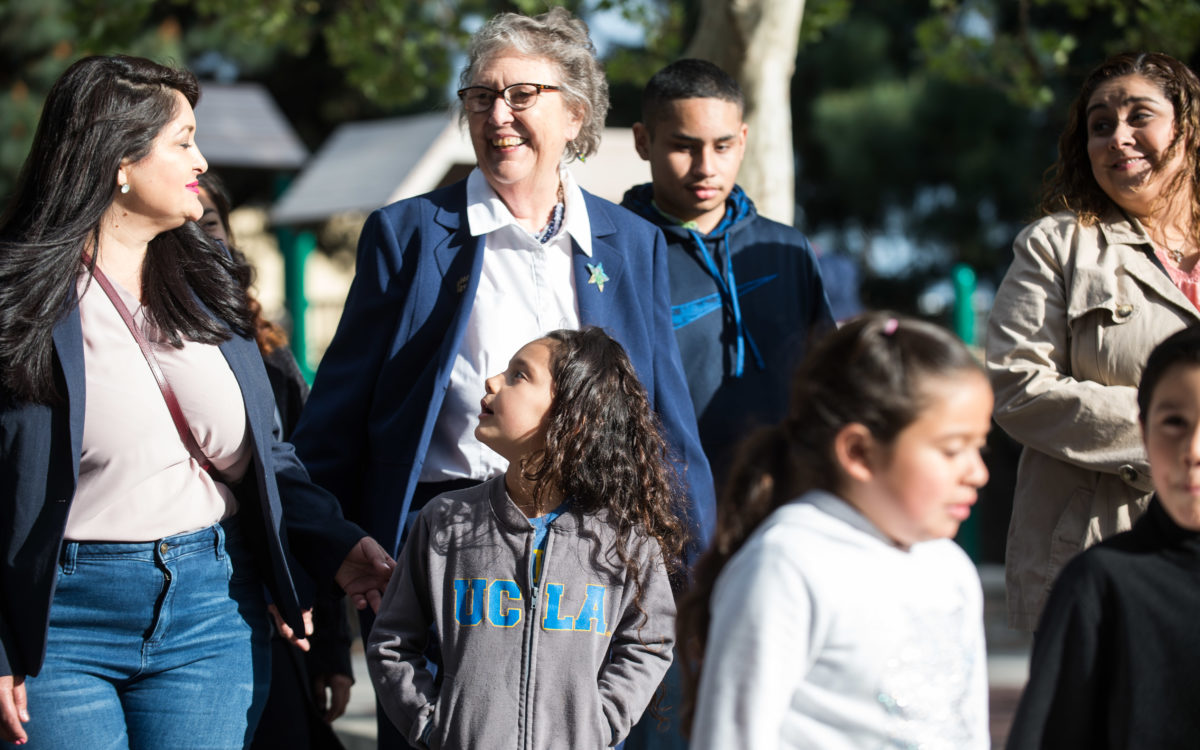 Photo courtesy of Jackie Goldberg for School Board campaign

Photo courtesy of Jackie Goldberg for School Board campaign

Scoring an overwhelming victory, veteran lawmaker and activist Jackie Goldberg defeated Heather Repenning in a special election Tuesday to fill an open seat on the Los Angeles Unified school board.

With all 122 precincts reporting, Goldberg received 71.6 percent of the vote, far ahead of Repenning’s 28.4 percent, out of the just over 24,000 votes counted on election night, according to the Los Angeles County Registrar’s office. Some mail-in and provisional ballots are yet to be tallied.

In a feat unmatched in the history of the district, she returns to the board after an absence of nearly three decades, having served on the board from 1983 to 1991, including a term as its president. She was then elected to the Los Angeles City Council and served three terms in the California State Assembly, where among other positions she was chairperson of the Assembly Education Committee. Due to term limits, she could not run for reelection at the end of her third term in 2006.

Goldberg’s victory for the District 5 seat could have long-term implications on how the nation’s second-largest school district addresses a range of issues. Those include concerns over the district’s budget — which Goldberg says are partly unwarranted — as well as the growth of charter schools. Goldberg has often criticized charter schools and called for more regulation of them.

Her win also may prove challenging for superintendent Austin Beutner, whom Goldberg has previously criticized. Goldberg, who opposed Beutner’s appointment but said she is willing to work with him, told EdSource in a recent interview that the superintendent should step down if he’s not “willing to do the things that the board sets as his goals and tasks.”

Goldberg, 74, will fill the vacant seat in District 5, following last year’s resignation of Ref Rodriguez, the former board president who was convicted of campaign money laundering. With her victory, Goldberg will now complete a term expiring in December 2020.

“It was the strike,” Goldberg told supporters Tuesday night, “of the teachers and the nurses and the counselors that woke up the public to what has happened to public education.”

The election night count represented less than 8 percent of registered voters in the district. But the last time the seat was open — in 2015 when Ref Rodriguez was elected — there was a similarly small turnout. In that race, 26,622 ballots were cast, including all mail-in and provisional ballots.

“I don’t have any regrets,” Repenning said during her election night party Tuesday night.

Goldberg was endorsed in the special election by the United Teachers of Los Angeles (UTLA), the teachers’ union. Repenning was backed by the Local 99 of the Service Employees International Union, which represents most of the district’s non-teaching workers. Garcetti also endorsed Repenning.

As Goldberg joins the LAUSD board, a top issue facing the district is how it will balance its budget. District leaders have warned that the district faces possible insolvency within the next two or three years as a result of a budget deficit.

The Los Angeles County Office of Education said in a report last year submitted to the LAUSD board that factors driving the deficit included revenue loss linked to declining enrollment and increased costs related to pensions. The report also warned that labor contract negotiations, including with UTLA, could negatively impact the district’s fiscal state.

But Goldberg has argued that warnings of a budget crisis are exaggerated. She has also called for an increase in California’s per-pupil spending, saying LAUSD needs more staff and smaller class sizes.

The district also is facing concerns over the growth of charter schools. Los Angeles teachers argued during the teachers’ strike earlier this year that charter schools were taking money away from traditional schools and called for a cap on the expansion of those schools.

The California Charter School Association (CCSA) did not endorse ahead of Tuesday’s runoff. However, some charter school advocates, including philanthropist Eli Broad, donated to support Repenning, who had said she would occupy a middle ground between the teachers’ union and CCSA.