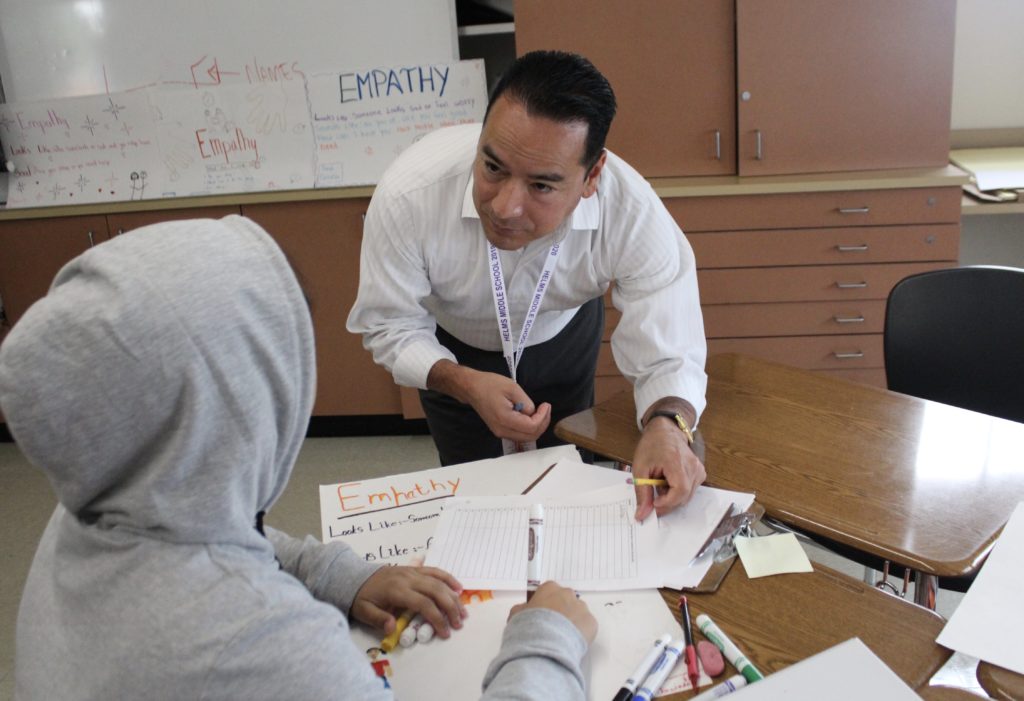 California sets no requirements for tutors' education or training. 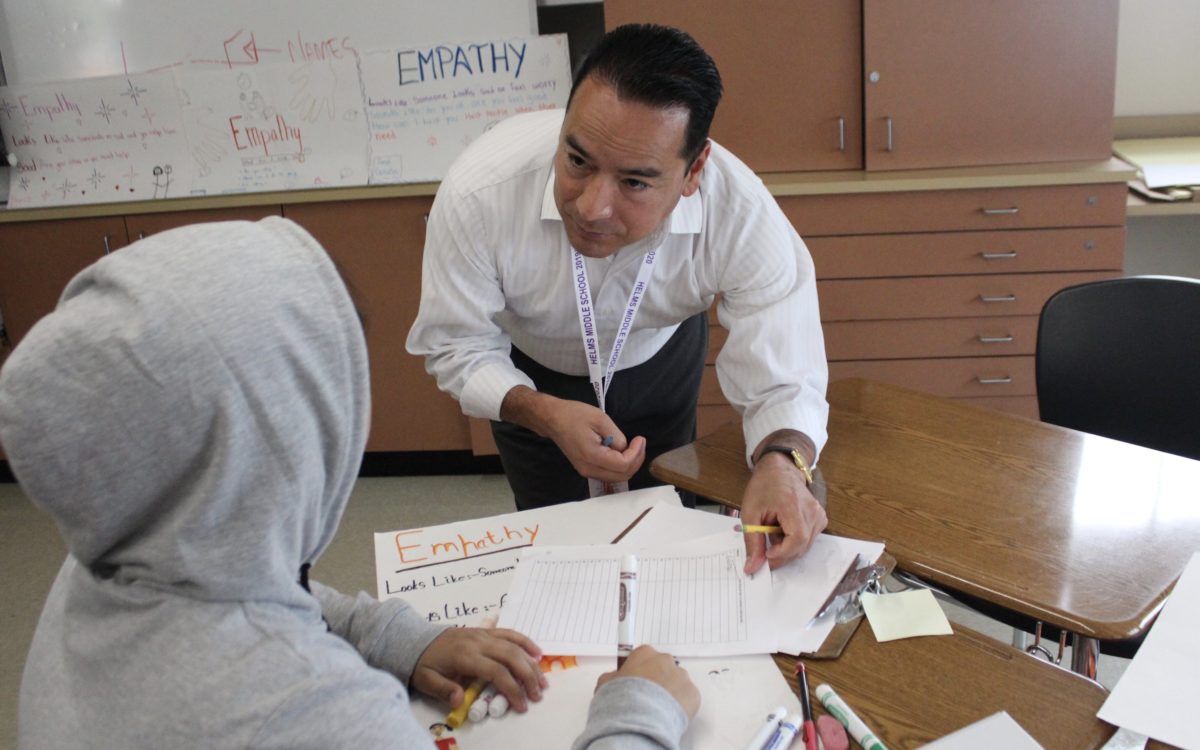 Calling them ‘graduate tutors,’ West Contra Costa Unified placed them in schools where more than 60 percent of students were low-income, English learners or foster youth. Tutors must have bachelor’s degrees. With the freedom to create their own curriculum materials, they work with students one-on-one or in groups in any subject the student needs help in during the school day and after school, both inside and outside classrooms. Students are assigned to work with tutors based on recommendations from teachers, tutors and parents.

In recent months, gauging whether tutors are a necessary part of a school district’s teaching team and assessing how to quantify their effectiveness have surfaced in the district that serves Richmond and surrounding communities. There are also questions about what education and training tutors should have.

There appears to be a statewide demand for tutors. The school district employment website EdJoin lists about 606 vacancies with pay ranging from about $12 to $30 an hour.

Tutors became more prominent statewide from 2002 and 2015, when the federal No Child Left Behind law required some districts to offer struggling students outside tutoring assistance. Some districts statewide employ their own tutors, but credentials for the position vary. Unlike West Contra Costa Unified, many California districts do not require bachelor’s degrees to be a tutor, and many hire high school or college students to work as a part-time tutor. California does not require school districts to employ tutors and sets no requirements for their education or training.

West Contra Costa Unified assigned its tutors to certain schools where students needed them the most, based on high percentages who were low-income or English learners. Most campuses also were among the lowest-scoring district schools on the state’s Smarter Balanced tests in English language arts and math.

That all changed last spring, when the district ran into budget troubles. Facing cuts, the district tried to save about $4.1 million by eliminating all 60 of its tutor positions. That triggered an outcry from the tutors, who are represented by the Teamsters Union Local 856, and from many students, parents and teachers.

The district subsequently agreed to restore 25 of the jobs, but at reduced hours, under pressure from the union. Some schools used their own funds to keep a few others.

Critics of the cuts claim that tutors have significantly helped students, despite the fact that the district does not yet have a process to measure the impact tutors are having.

In West Contra Costa, the job, which pays $26 to $32 per hour, requires a bachelor’s degree in any subject, but no teaching experience or credentials. At least nine semester units in the subject area to be tutored are preferred, along with some experience working with students. 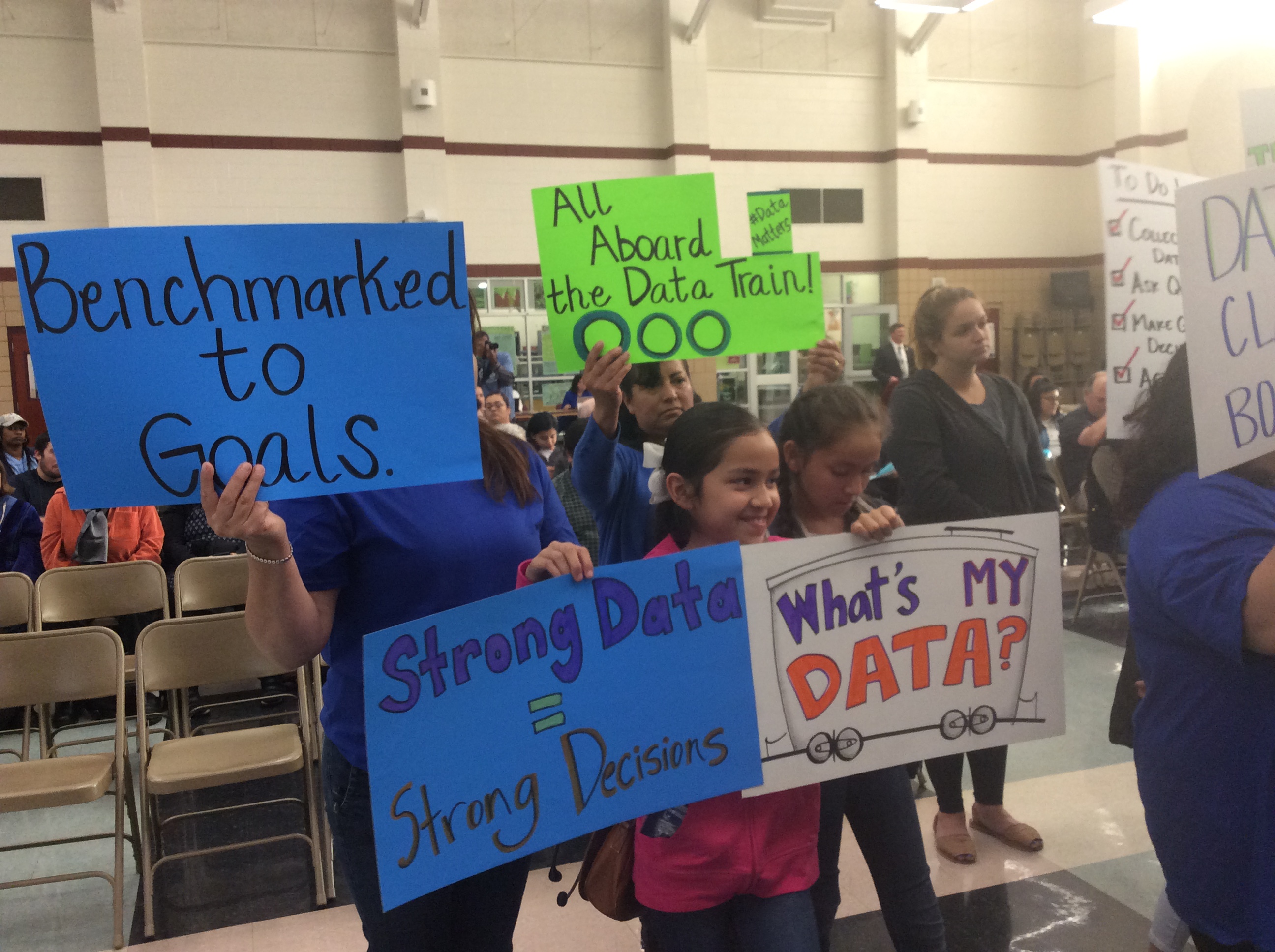 Public Advocates, a nonprofit law firm and advocacy organization, has worked with parents on the district’s annual Local Control and Accountability Plan, or LCAP, which details how expenditures are expected to help low-income students, English learners and foster youth. Rigel Massaro, an attorney for the firm, said individual tutors appeared to be making a difference at some schools, but it was hard for the district to prove that all of the tutors were equally effective or that a bachelor’s degree ensured they could work well with students.

“It varies by person,” she said. “But we do hear routinely from parents that they want tutoring so students who are behind can get extra help.”

She said the district needs to figure out how to show in its accountability plan that the tutors are helping it meet its goals for vulnerable students.

Board member Valerie Cuevas said the district must figure out how tutors can “now become an integral part of our adopted curriculum and how they’re going to support our students’ success within it.”

Anmol Singh, an 8th-grader who immigrated from India two years ago, said that Wilson Ordoñez, who tutors newcomer immigrants at Helms Middle School in San Pablo, helps students understand their assignments and to learn from each other, while practicing speaking English.

“He helps us with homework and helps us to solve problems in math,” Singh said.

The district is working with schools and the Teamsters to come up with a way to measure what impact the tutors are having on their students’ academic progress.

Teacher Jeremiah Romm, who has worked with Ordoñez for several years, said he has seen the difference Ordoñez’s tutoring has made for the newcomer immigrant English learner students he tutors. Ordoñez helps them understand their assignments, encourages them to present answers in front of other students and communicates with their parents about how they can assist their children. In his after-school program, Ordoñez reviews subjects taught in class, focusing on academic English vocabulary.

“It’s not just for classwork,” Romm said, “but he also builds an emotional support for a lot of the students.”

But, district officials say it’s hard to be sure whether academic growth can be attributed to tutors, or to a variety of factors at schools.

Priya Sembi, who heads up the new Internationals Academy at Helms Middle School, said the data can’t define the role of tutors, although students say they look up to Ordonez and value his support. “At the end of the day, when you look at data,” Sembi said, “you can never really pinpoint the reasons for students’ success.”

With more than half of the tutor jobs now gone, some parents, tutors and community members worry that the cuts will leave some students without the help they need.

“I’m concerned that some students may suffer,” said Scottie Smith, a community activist and student advocate who urged the school board to retain the tutors. “Looking at the data for the district, in terms of the low performance of our students, the district needs every kind of in-school intervention to support teachers and give students smaller group settings as possible.”

In West Contra Costa, many of the tutors are bilingual and some have also earned master’s degrees. The tutors assess students and help them build the skills to complete their classwork and homework. They often develop their own activities and tests and communicate with parents and teachers about how best to support students at school and at home, according to the union, which has represented most of the district’s non-teaching staff, including tutors, since 2017.

The new union agreement requires the district to train tutors four times per year. “The idea is to ensure there’s some training and some consistency in usage,” said district spokesman Marcus Walton. “But at the same time, we’re trying to give schools autonomy.”

At Helms Middle School, the after-school program used a state grant to allow Ordoñez to work eight hours with some 40 students who are English learners and need his help in English, math, history and science after school.

Ordoñez determines who is most in need of tutoring based on their level of English fluency, in addition to how well they are progressing in classes.

At a recent internationals academy grand opening at the school, Ordoñez received more cheers from students than any other staff member and parents hugged him in gratitude for his work with their children.

Tatiana Mejia, an 8th-grader at Helms, said Ordoñez is helping her to learn English during class and after school, as she works on English, math, science and history lessons.

“He explains it in Spanish and English and he helps us with pronunciation,” she said.

At Wilson Elementary, Principal Claudia Velez said the tutor is included in efforts to work with students in small groups four days a week. She credits that strategy with the improvement in English language arts standards on the Smarter Balanced test from 26 percent in 2017-18 to 30 percent in 2018-19.

“That is a collaborative effort and the grad tutor is included in that,” Velez said.

Carlos Castallejo, a bilingual tutor who lost his job at Verde Elementary when the school district cut one of its two tutor positions, said he is concerned about the students at his former school, especially English learners, since the remaining tutor is not bilingual.

According to the union contract, layoffs are by seniority, but schools can elect to keep a bilingual tutor.

To save some tutor positions, the school district came up with about $1.5 million by reducing outside consultant contract costs and using funds designated for low-income schools and low-performing schools.

But the controversy is not over.

Superintendent Matthew Duffy could not rule out the possibility that there could be another round of tutor cuts. He said the district must “look at everything” including the tutors to come up with proposed cuts that are “most fair and most appropriate.”

“We know there are many things we want to support,” he said. “But, it’s going to become more difficult.”