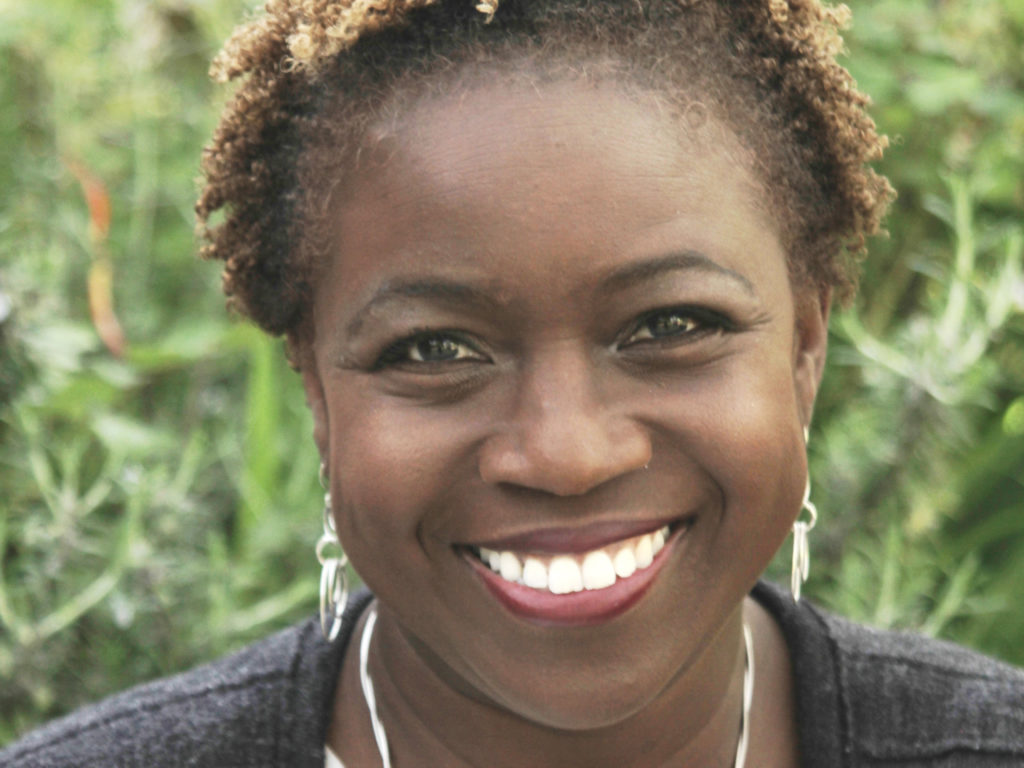 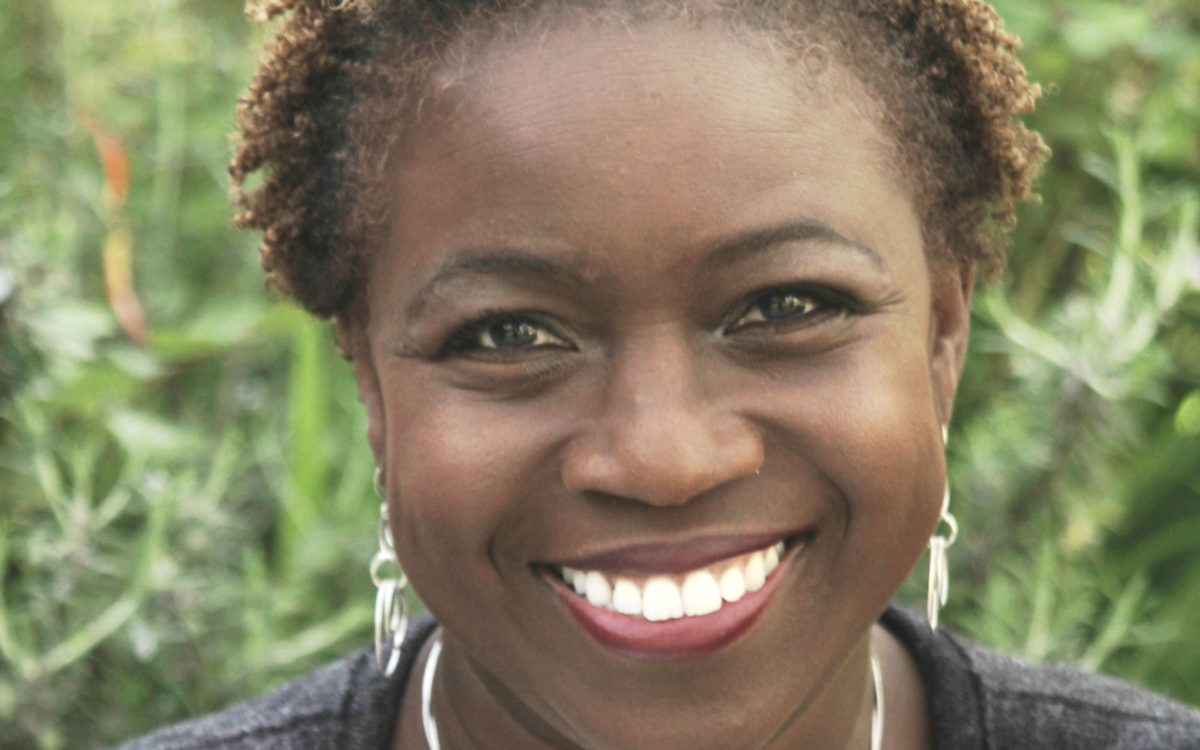 Lande Ajose already was a prominent voice about higher education in California and ways to improve it. Now her influence is about to grow. Gov. Gavin Newsom recently appointed her as his Senior Policy Advisor for Higher Education. In that position, which pays $175,000 a year, she will be involved in such issues as increasing financial aid, improving graduation rates and possibly expanding the state’s colleges and universities.

Until her new job began this month, Ajose was the executive director of California Competes, an organization that advocates policies to help more people earn college degrees. She remains at least temporarily as chairwoman of the California Student Aid Commission, the agency that oversees Cal Grants. Ajose, 52, holds a bachelor’s degree from Occidental College, a master’s degree in urban planning from UCLA and a doctorate in urban and regional studies from Massachusetts Institute of Technology. An Oakland resident, she is the mother of three school-age children, including one who is approaching college application time.

Ajose spoke with EdSource recently about her new job and ideas for higher education. The interview has been edited for length and clarity.

EdSource: What will your new job entail?

In the first few months, I will be helping all the stakeholders and players understand what the governor’s agenda is related to higher education and the workforce…I have the great opportunity to think about the long-term goals the governor has. That obviously involves UC, CSU, community colleges and the privates. I will be thinking about how do we bring all those institutions into alignment around issues relating to affordability, access and completion. We want to make sure that a broad and wide distribution of students have access to and complete higher education and make sure that we have a skilled and upwardly mobile workforce.

What are the differences between Gov. Newsom’s approach to higher education and Gov. Brown’s?

Governor Brown wanted to ensure that tuition remains affordable so students have access to higher education institutions. Governor Newsom also really emphasized that he does not want to see tuition increases. But (in his recent budget proposal) he did make sizeable investments this year in all three segments. I think that is a departure point. He wants to ensure that tuition remains flat but he also wants to invest in those institutions. And he wants those institutions to take seriously the idea of an outcome — what will happen to students, not just getting in but getting through.

Going back 55 years ago to the Free Speech Movement at UC Berkeley, there has always been tension between governors and the boards that govern university systems. Other than the budget, what are the governor’s goals in how these systems are run?

Precisely because there are so many complex and robust institutions and segments, the role of the governor is to lay out a unified agenda to align all those people. Because absent that, these institutions will do what they perceive to be in their institutional interest, which makes sense. But this governor wants to make sure that we keep students’ interest and the state’s interest in mind and really think much more broadly… Because we don’t have any kind of coordinating or governing body that helps to do that work across those institutions, the governor plays that role.

So will you be work to create such a coordinating council or a revival of the California Postsecondary Education Commission? (Brown eliminated that agency in 2011.)

The governor made a campaign commitment to do something about that. The question really is about function and structure. That is something I hope to have some time to dig into. What is the optimal structure to hold those institutions together?

The governor wants to provide $2 million for a feasibility study about possibly building a new CSU campus in San Joaquin County, likely in Stockton. That region feels it is underserved. What do you think about that?

I think the question really is that we don’t have sufficient data and information or a research body to really help us think through: What are the higher education needs going forward? How do we think about serving the various regions of the state? And, in fact, if we think there is a need for another institution, where should that be? Those are the questions (the Postsecondary Education Commission) would have answered. The CSU chancellor’s office will be tasked to do that.

Right now you are remaining as chair of the Student Aid Commission. Couldn’t that present possible conflicts of interest with your new job?

I asked an attorney (in the governor’s office) to look at that. The attorney found no legal reasons not to serve (in both positions). The commission is an independent entity…But at the end of the day, it’s about being effective. I’d like to have time to do both right now, especially since the student aid commission is in the midst of a search for a new executive director. So it’s not an opportune time for me to depart the student aid commission. I want to make sure we have a new executive director in place.

There is growing support for a big expansion of Cal Grants so they cover living costs as well as tuition. That could require $2 billion more a year in state funding. The student aid commission has endorsed that. Will you advocate for that in the governor’s office?

I think our role is to be thinking about what are the issues as students are trying to afford to go to college. And how do we help to make sure those issues are advanced… I would be shocked if anyone put out $2 billion in a single year. But we can look at some of the aspects of that proposal over time….Right now, we are really focusing on student housing and hunger issues. The governor was able to propose $15 million (each to UC and CSU) to address issues of food and housing insecurity. And he is also looking at helping students who are parents (of dependent children) and making sure they have sufficient aid.

One of things that sets California apart is its Master Plan for Higher Education that establishes distinct roles and admissions guidelines for UC, CSU and community colleges. There is some discussion in the Legislature to possibly change that 1960 plan. What are your thoughts on that?

My sense is the master plan is always a good starting place for every new administration elected. The master plan was great in setting out values around free college and access for all and really important goals. But the master plan never really suggested how we are going to pay for it and didn’t have the insight, nor should it at the time, about how much college enrollment would increase…We should take those as lessons and not be so caught in thinking we need a whole other master planning process to make progress on those goals. I think that’s about political will. Rather than waiting to have a brand new master plan, the question is: how do we finance what we want to see happen in our higher education system?

If you were going to talk to students who are juniors in high school now and their parents, what would you tell them about applying to and attending college in California?

Well, I have that kid. I have a son in tenth grade. The conversation about college is on the horizon. What I say is that we are incredibly lucky to live in a state like California where we have a lot of options. So there is no way to live in California and not to try to take advantage of your opportunities here. But you should also be looking at what you want to study and if there are other places that meet your needs as well…I also say that getting into college is not easy and getting through college is not easy. At the end of the day, these are the things kids and parents care about: Can my kid get in? Can we afford to send him or her there? And is my kid going to get out in a reasonable amount of time so they can start the rest of their lives and not be burdened by debt?