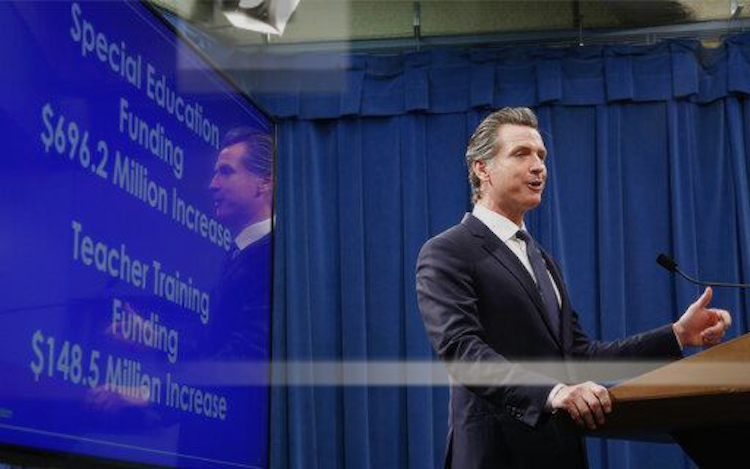 Education would make up 45 percent of the state's general fund — well beyond the minimum required.

That money, plus additional funds for teacher and principal training and for educating students with disabilities, would comprise most of the $389 million increase in ongoing funding for K-12 and community colleges beyond what Newsom proposed in January for 2019-20. Community colleges would receive $75.2 million more for career and technical education programs.

Total funding for education, from early childhood programs through higher ed, would make up a record 45 percent of the state’s general fund — well beyond the minimum required, Newsom said. 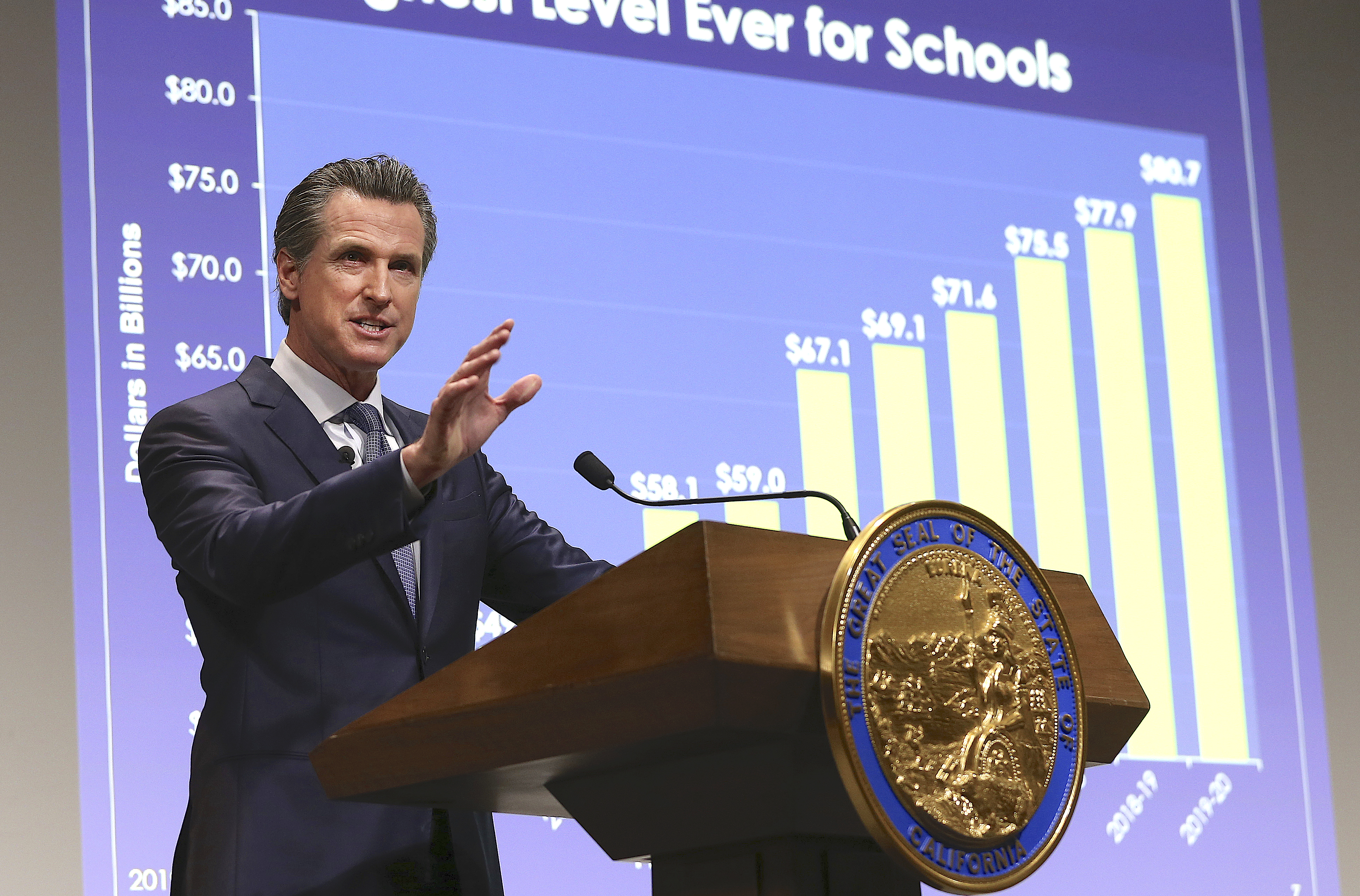 He announced the additional spending on Thursday as part of the budget revision that traditionally comes out in mid-May and is the document on which the State Legislature must act by June 15.

The college loan repayment program would provide up to $20,000 to an estimated 4,500 newly credentialed teachers who commit to teaching at least four years in high-demand fields in low-income districts. Newsom suggested the program would make inroads in reducing the 6,000 to 8,000 emergency, uncredentialed teachers who have been hired annually to fill California classrooms over the past several years.

State Superintendent of Public Instruction Tony Thurmond had proposed a similar program two years ago when he was in the Assembly. So did Assembly Education Committee Chairman Patrick O’Donnell, D-Long Beach. But then-Gov. Jerry Brown opposed the spending. Newsom credited Stanford University Professor Emeritus Linda Darling-Hammond, whom he named president of the State Board of Education, for “reinforcing the urgency” of funding for career scholarships, as well as $45 million in one-time funding for teacher training in a range of areas: computer science, student emotional health and wellness, STEM and discipline practices to reduce suspensions.

School districts have complained that rising expenses for students with disabilities and for employee retirement costs have been eating into their general fund, limiting their ability to reduce class sizes, increase teacher pay and meet their obligation under the Local Control Funding Formula to expand programs for low-income students, English learners and foster children. In response, Newsom would allocate 21 percent more — $696 million — in ongoing funding for special education next year. And the state would absorb $3.1 billion of districts’ obligation to CalSTRS, the state pension fund for teachers. This figure is $150 million more than Newsom proposed in January and would include $700 million over the next two years.

In January Newsom proposed about $1.8 billion for services and education of young children, including expanding preschool for low-income 4-year-olds and full-day kindergarten for 5-year-olds and building and renovating more childcare facilities. On Thursday, he said he would add $134.7 million for subsidized childcare for more young children, with $80 million funded by marijuana tax revenue. Children who are initial beneficiaries of CalWORKS, a county-run program that provides cash assistance and other benefits to low-income families, would get a year of uninterrupted childcare.

Total funding for Proposition 98, the formula that determines the funding for K-12 and community colleges, would rise to a record $81.1 billion in 2019-20, an increase of 3.8 percent. But Newsom noted the state would spend $4.4 billion beyond the state-mandated minimum on education, through additional money for early education and for pension relief.