Gov. Newsom assembles team in Sacramento to focus on his 'cradle to career' agenda 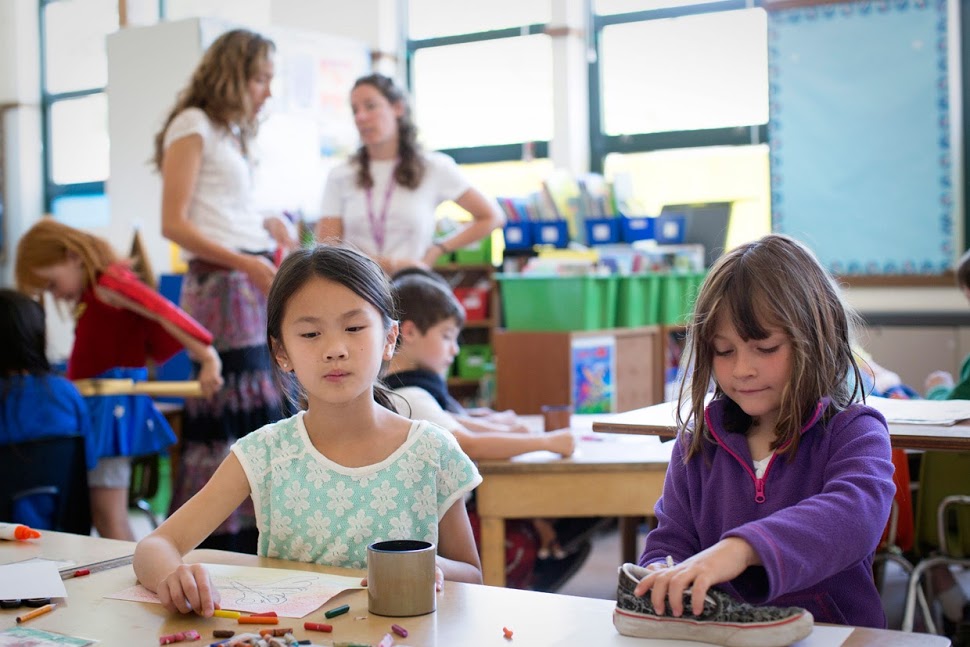 Gov. Gavin Newsom has put together a team of advisers on children’s issues and education that is almost certainly larger than any governor in California’s history. The appointments tilt heavily toward early childhood, reflecting Newsom’s embrace during his campaign and his first few weeks as governor of the importance of a child’s earliest years. In his budget for next year, he has proposed spending nearly $1.8 billion on early childhood programs.

In fact, Newsom has made multiple appointments focused on children and education issues.

Ben Chida is Newsom’s senior policy adviser for “cradle to career.” The title is a reference to Newsom’s pledge in the campaign to create a “cradle to career” system of education in California — one that begins at birth and extends into the workplace. Chida previously was an adviser to Sen. Kamala Harris, D-Calif., when she was attorney general in California. He attended Orange College, a California community college, and received a bachelor’s degree from UC Berkeley. He then got a law degree from Harvard Law School. Along the way, he was a 3rd-grade teacher. Intriguingly, he was a roofer “while attending continuation high school and a community college for five years,” according to the bio from Newsom’s office.

Giannina Pérez is senior policy adviser for early childhood. Pérez formerly worked for Early Edge California and Children Now, both well-known advocacy organizations. She is no stranger to the Legislature, having worked for former Sen. Hilda Solis and Assemblywoman Cindy Montañez. She has a master’s degree from UCLA’s school of public affairs.

At the other end of the education spectrum, Lande Ajose  has been appointed senior policy advisor for higher education. She formerly was director of California Competes, an advocacy organization promoting greater college access. She is currently chair of the California Student Aid Commission. She has a master’s degree from UCLA’s School of Public Affairs and a doctorate in Urban and Regional Studies from the Massachusetts Institute of Technology.

Newsom also has notably appointed a senior policy adviser for immigration who presumably will have some impact on education-related issues because of the large numbers of immigrant children in California schools. She is Gina De Silva who formerly worked at the California Immigrant Policy Center, a policy and advocacy organization.

Further underscoring the importance of early education, Newsom has appointed Kris Perry, 54, as a senior adviser to the governor for implementation of his early childhood development initiatives. Perry will be based at the Department of Health and Human Services as deputy secretary for early childhood development. Perry, a graduate of UC Santa Cruz, was previously president of the Save the Children Action Network and executive director of the First Five Years Fund. She also headed First 5 California, as well as First 5 San Mateo. In 2009, she was the lead plaintiff in the lawsuit that challenged, and then overturned, the voter initiative banning same-sex marriage in California.

Newsom created an entirely new post by naming Dr. Nadine Burke Harris, 43, California’s first surgeon general. Burke Harris, the founder and CEO of the Center for Youth Wellness, has a national reputation for her work on adverse early childhood experiences, often referred to as ACEs. She is a leader of the Bay Area Research Consortium on Toxic Stress and Health. According to Newsom, her work as surgeon general will focus on “combating the root causes of serious health conditions — like adverse childhood experiences and toxic stress — and using the platform of surgeon general to reach young families across the state.”

A key appointee likely to have the greatest impact on education — and policies affecting children generally — is Ann O’Leary, Newsom’s chief of staff, who has a long history of championing improvements to children’s health and well-being. O’Leary was formerly senior policy adviser to Hillary Clinton during her presidential campaign and was her legislative director when Clinton was in the U.S. Senate. She played a key role in the passage of the Child Health Insurance Program.

Catherine Llamon, Newsom’s legal affairs secretary, also could influence policies related to children and education, especially in regards to equity and racial justice issues. Llamon headed up the Office of Civil Rights in the U.S. Department of Education in the Obama administration and was subsequently chair of the U.S. Civil Rights Commission.

Newsom has yet to fill four vacancies on the State Board of Education. Still evolving is Newsom’s relationship with State Superintendent of Public Instruction Tony Thurmond, who by all accounts — and appearances — is working closely with the new governor.   Thurmond’s appointments are also being watched closely, as they will have an impact on how a range of education policies will be implemented.

Over the next several months, EdSource will regularly shine a spotlight on new appointments and initiatives as a service to researchers, advocates, parent leaders and others in light of the major political transitions in both Sacramento and Washington.   This is the first report in an ongoing series.