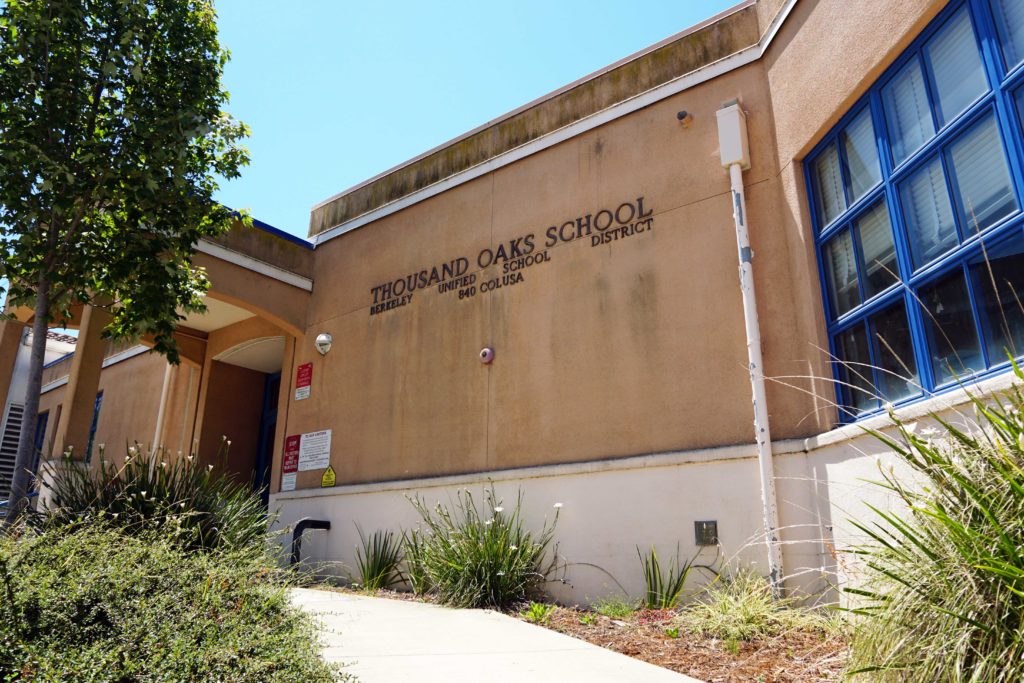 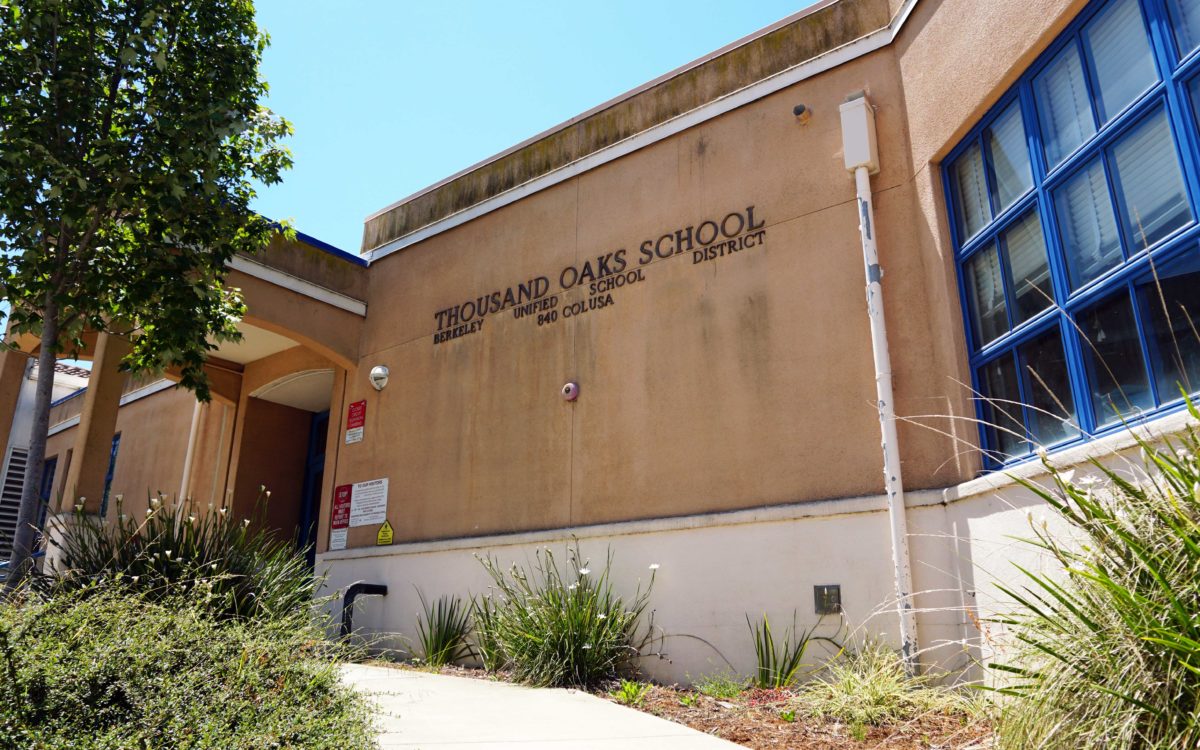 Fifty years after Sen. Kamala Harris was bused to Thousand Oaks Elementary School from her home in the Berkeley flatlands, the district is still grappling with persistent racial and ethnic disparities that decades of concerted efforts have failed to eliminate.

The latest effort came in 2008, when the city formally adopted a sweeping initiative, called 2020 Vision for Berkeley Children and Youth, “to end the disparities in academic achievement that exist along racial lines among children and youth in Berkeley” — by next year.

But Berkeley is nowhere close to achieving that goal. In fact, it has one of the largest racial and ethnic achievement gaps in the nation, according to research by Stanford University’s Sean Reardon and his colleagues.

The ongoing gaps represent a profound challenge to progressive communities like Berkeley that have done more than most districts to institutionalize racial and ethnic diversity, and make closing the achievement gap a top priority. Notwithstanding Harris’ rise to the highest ranks of American politics, it also underscores that busing may be a necessary but not sufficient condition to promote success of all students in racially segregated districts, as Berkeley once was.

The demographics of Berkeley have changed significantly over the past half century. Today, largely as a result of rising housing costs that over time have forced out black residents, only 14 percent of the district student enrollment is black, compared to 42 percent in 1968. Now the largest racial and ethnic group other than whites, who comprise about 40 percent of the student population, are Latinos, who make up 24 percent of the student body.

Some children are still bused in Berkeley, but its ambitious citywide program ended in the 1990s and was followed by numerous other efforts to ensure diversity in its schools and to promote the academic success of its most disadvantaged students.

In the mid-1990s, the district reverted to K-5 elementary schools, in lieu of the K-3 and 4-6 schools under the busing program. It set up a complicated enrollment system with enrollment zones that stretch from the hills where more affluent residents live to the flatlands. The city was divided into hundreds of “planned areas” that are assigned a diversity category based on the demographics of each neighborhood.

The system is still in place today. Busing is still available for some students. Families can choose up to three schools in order of preference, then a computer program assigns their children to a school, taking their preferences into account. But a family can be living within blocks of their  first choice, but the student might be assigned to a school further away as a way to ensure racial and ethnic diversity in that school.

The city’s 2020 Vision initiative was superimposed on that integration model. Its goal was to ensure that all children, regardless of race, ethnicity and income, who enter Berkeley schools beginning in 2007 (and remain in the district) will achieve equitable outcomes with no proficiency differences by the time they graduate in June, 2020.

It encompasses more than 50 programs and activities, such the Berkeley Promise program, offering free tuition to attend the local community college, as well as a “trauma informed” pilot program that connects students to mental health services in the city.

Among its specific goals are:

Some progress has been made, including students beginning kindergarten better prepared, improved 3rd-grade reading and higher graduation rates. However, with a year to go, wide disparities remain in multiple areas, as measured by test scores, chronic absenteeism rates, college and career readiness and other indicators.

City officials acknowledge that “while the 2020 Vision partnership has made progress … the initiative will not achieve educational equity by June 2020, the graduation date of the inaugural kindergarten class of 2020 Vision.”

This is happening in the context of a district that is generally doing well when looking at the student body as a whole.

On the color coded set of indicators on the California School Dashboard, recently developed by the state to provide a way to assess schools on multiple measures, the district as a whole gets three “green” ratings (just one below the top “blue” rating) and no red ones, which means that it is not failing in any area.

Financially, the district is doing better than most in the state. Berkeley Unified last year spent an average of $15,476 per student, over $3,000 more than the state average of $12,068. Earlier this year, it had to cut $2 million from its budget, but compared to many districts, its finances are relatively stable, helped by a generous parcel tax on real estate approved by voters.

These extra funds have kept class sizes generally small in the elementary grades and underwritten numerous programs across the district, including Berkeley’s famed music program, which reaches thousands of children each year.

But dig deeper into the performance of different subgroups of students and the picture is far more troubling.

In that sense, Berkeley is not that dissimilar to other communities which are also home to world-class universities, like Palo Alto, Chapel Hill and Evanston, IL, where achievement gaps are also very large.

“Some of it is that white families in those places tend to have higher incomes and education levels than black and Hispanic families, who have fewer socioeconomic resources to use to provide educational opportunities for their children such as high-quality preschool,” Reardon said.

But this is not sufficient to explain all of the gap, he said. “Clearly other educational opportunities are not equally distributed within those communities.”

Beatriz Leyva-Cutler, a longtime Berkeley school board member, said the district must do a deeper analysis to ensure that students lagging behind take advantage of all the support services and other initiatives that the school district and the city offer.

She also suggested that the district needs to look at the extent to which “implicit bias” — attitudes that predispose people to be biased against some people or groups without being aware of it — are affecting Berkeley’s efforts.

A Berkeley resident for decades, Leyva-Cutler is also executive director of the Berkeley-based BAHIA, Inc., which runs a pioneering bilingual preschool and after-school program. In that role she has closely observed — and served — generations of children from all socioeconomic backgrounds at the beginning of their academic careers.

She said the district is now doing an assessment of students who aren’t in the district’s special education program, but may be dyslexic, as one possible explanation for poor reading scores.

UCLA professor of education Pedro Noguera, who was a Berkeley parent and a member of the Berkeley school board in the 1990s, painted a complex interaction of race and class in the schools. Echoing Reardon’s observations, he said working class and poor black and Latino children are more dependent on the schools than affluent parents whose children are destined for college “from the time they are born,” almost regardless of what schools they attend.

But the schools, even in places like Berkeley, “are more likely to cater to the needs of the affluent children,” said Noguera, faculty director for UCLA’s Center for the Transformation of Schools. “That’s because their parents demand it — they are watching and unlike parents of color they are less likely to trust the schools to serve their kids well — and because affluent children are easier to serve.”

Looking at districts that implemented court-ordered busing program, Rucker Johnson, a professor of public policy at UC Berkeley, says that attending integrated schools has long-term positive consequences on average for African-American students, including better education outcomes, a higher likelihood of attending college, including more selective colleges and higher wages throughout their lives.

“Integration when implemented in a holistic fashion has the power to break the cycle of poverty and can benefit all groups, regardless of race and ethnicity,” Johnson wrote in his recently published Children of the Dream: Why School Integration Works. At the same time, he said, “integration alone is insufficient to achieve the kind of educational equality Thurgood Marshall and his allies sought.” To be optimally successful, he says, school integration should be accompanied by high-quality early childhood education, access to health care, more funding and reforms in housing policies.

Despite its decades of efforts, and the successes of students like Harris, Leyva-Cutler said the district can’t give up. “We have been doing the same things and for some of our students, getting the same results,” she said “We have to do things differently.”

Above all, she said, “we have to recommit.”