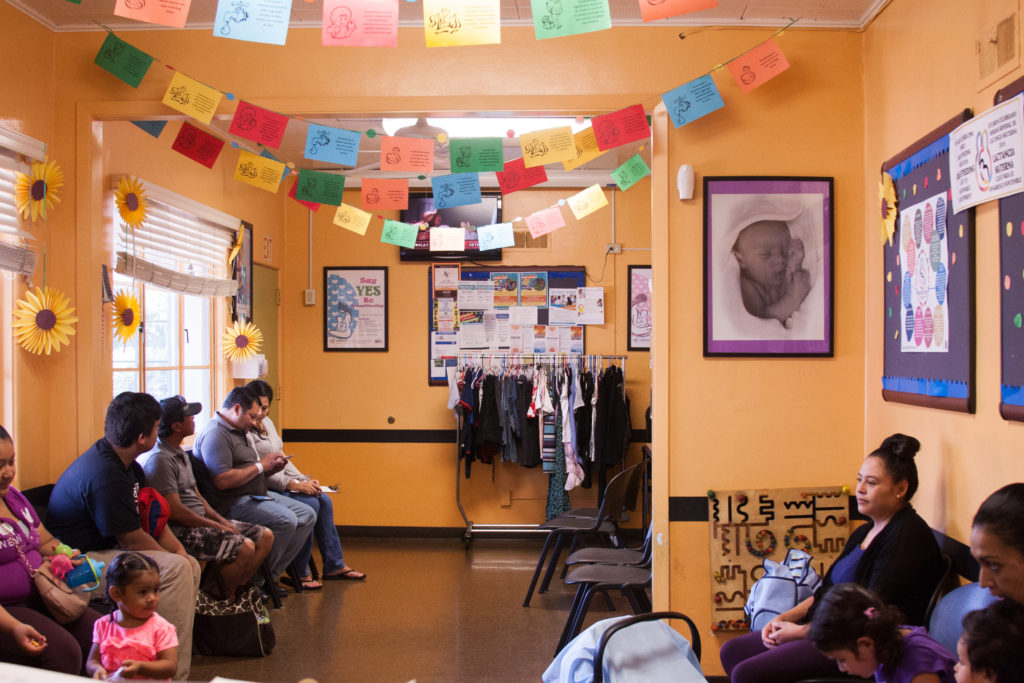 Low-income immigrants will not be able to get green cards if government officials believe they might use food stamps, public health insurance or public housing in the future, after a new rule goes into effect in October.

The Trump administration had originally proposed this change last fall, spurring opposition from numerous nonprofit organizations and individuals, who submitted comments opposing the policy change. As EdSource reported, health and immigrant rights organizations argued that the change would cause hundreds of thousands of people to disenroll from benefits, even when they are eligible, out of fear it will prevent them from becoming permanent U.S residents.

There is some evidence that California immigrant families are already disenrolling or choosing not to enroll their children in public benefit programs, even though they are still eligible and even though children’s use of health insurance or food stamps cannot be considered when deciding on a parent’s immigration application.

“We have received many reports from First 5s across California of parents pulling their children out of preschool and declining health services for their kids due to fear of repercussions and we expect this will only get worse with the new public charge rule in effect,” said Moira Kenney, executive director of the First 5 Association of California, a nonprofit that works with counties to serve children under 5 years old.

For decades, immigration authorities have considered whether people have used or might use so-called “cash benefits” such as Supplemental Security Income for low-income elderly and disabled people, or Temporary Assistance for Needy Families for low-income families with children, as a basis to deny a green-card application.

The new Trump administration regulations would also allow officers to consider whether immigrants have used or might use in the future Medicaid (known in California as Medi-Cal); food stamps (CalFresh in California); and housing assistance such as Section 8 rent vouchers.

The Trump administration says the policy change is needed to promote self-sufficiency. “Self-reliance, industriousness and perseverance laid the foundation of our nation and have defined generations of hardworking immigrants seeking opportunity in the United States ever since,” said Ken Cuccinelli, acting director of U.S. Citizenship and Immigration Services, in a press release.

Immigration officers are not supposed to consider benefits used by children in deciding whether to grant their parents permanent residence. Even so, immigrant rights advocates say the fear generated by the regulations could cause many immigrants to disenroll their children from health insurance or food stamp programs, or even other programs that the government is not supposed to consider, such as free- and reduced-price school lunch.

Los Angeles Unified School District’s superintendent opposed the policy change because he said it would cause many parents to refuse to allow the district to bill Medicaid for healthcare and more students to become homeless or come to school hungry, making it more difficult for them to pay attention in class.

The federal government recognized the rule change may cause people to decline health insurance or food stamps out of fear, but did not estimate how many people would do so. Children’s and immigrant rights advocates point to history in voicing their opposition. In 1996, after Congress placed strict limits on the benefits immigrants could receive, one study found that 1/4 of children with a foreign-born parent were disenrolled from Medicaid, even though the children were still eligible.

The National Immigration Law Center announced it will challenge the new rule in court.

“This news is a cruel new step toward weaponizing programs that are intended to help people by making them, instead, a means of separating families and sending immigrants and communities of color one message: you are not welcome here,” said executive director Marielena Hincapié in a written statement.

Refugees, those granted asylum and some other vulnerable groups will be exempt. Immigration officers won’t be able to consider whether those immigrants would become a “public charge” in deciding their eligibility for a green card.

Under the new rule officers are also not allowed to consider the use of emergency Medicaid or Medicaid for children, pregnant women and new mothers in the 60 days after giving birth.