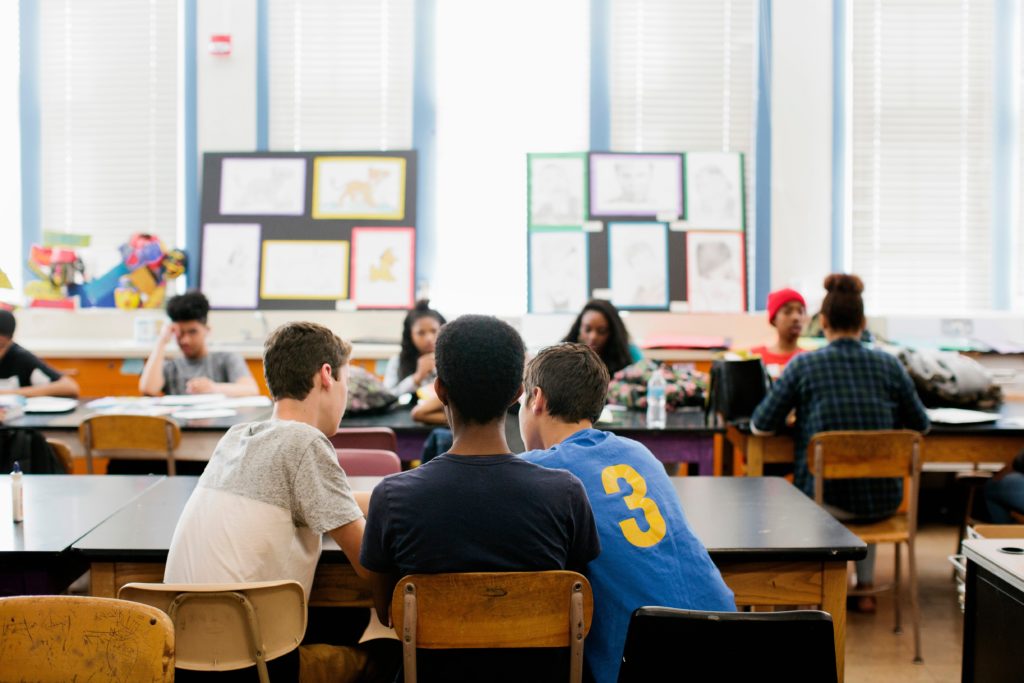 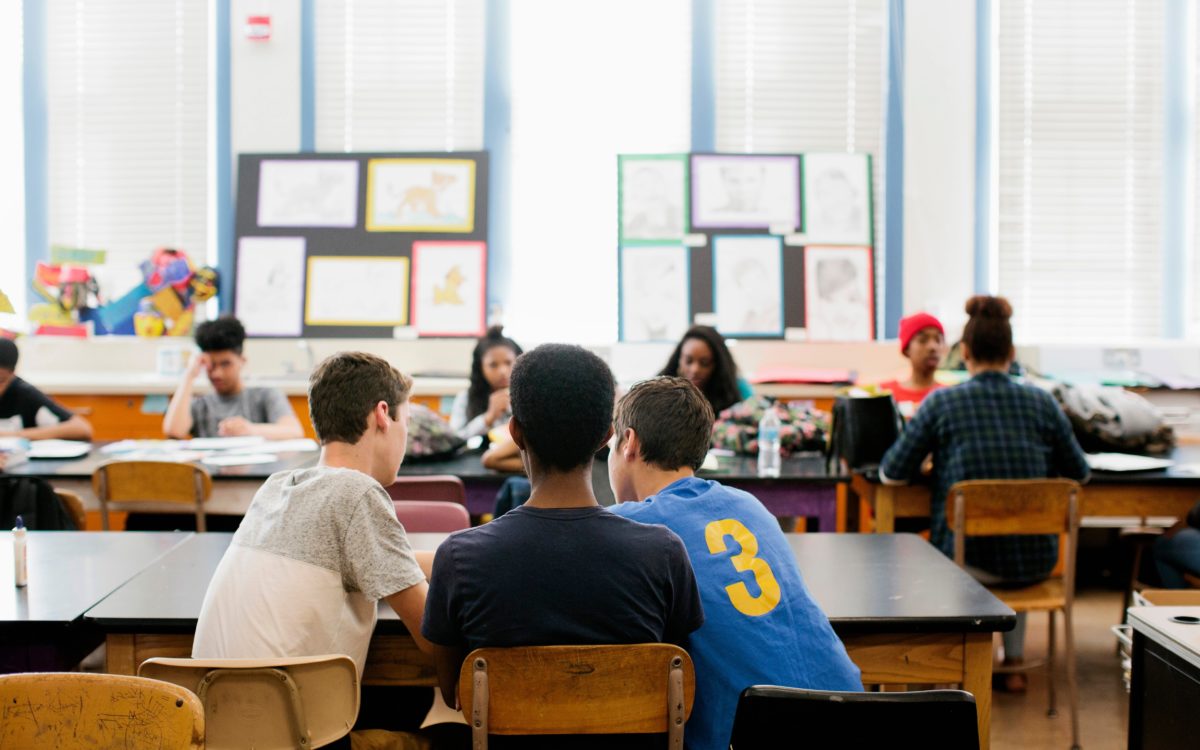 It’s been almost two years since Bill Gates announced a major shift to locally driven solutions in the education funding strategy of the Bill and Melinda Gates Foundation, the nation’s largest charitable foundation.

Gates said he remains “driven by the same guiding principle we started with: all students — but especially low-income students and students of color — must have equal access to a great public education that prepares them for adulthood.”

As Gates vowed in the speech to the Council of the Great City Schools in Cleveland, “We will not give up until this has been achieved.”

The result is a first round of funding totaling $93 million from the foundation to 21 local Networks for School Improvement committed to continuous improvement and uncovering changes that will make a difference for black, Latino and low income students.

Early glimpses of the results of the work funded by the foundation over the last year were unveiled Tuesday at the University of Maryland to more than 300 attendees, including educators engaged in funded projects and others expecting to join in. A report of the first year of the initiative was also released detailing the projects underway.

“We want to share what we’re learning as quickly as possible,” Bob Hughes, director of the Gates foundation’s K-12 education, told the audience at the Networks for School Improvement: Year One Review Event. The hope, he added, is that educators pick up what others are doing and try it in their own schools.

Hughes said he hoped that what develops “is a movement to try to really improve what happens for African-American, Latinx and low-income students. We have to do that.”

Within the next two months, the foundation plans to announce a new round of grants for networks to join in the effort.

“Our hope is that these networks become a prototype to scale innovative practice and implement it in ways that ultimately decrease and eliminate the achievement gap across the country,” said Hughes.

Networks for school improvement consist of a supporting organization such as a nonprofit, university or school district that connects middle and high schools to work together as a network. Their goal is to improve student outcomes by identifying barriers to student success and common problems that they can work on. The network uses data to help identify the problem and the strategy to solve it. Data also help to monitor improvement on whether students are graduating from high school and successful in college.

The emphasis on funding local collaborations of teachers and schools working together to come up with their own solutions represents a radical departure from the foundation’s earlier national initiative networks, such as promoting the Common Core standards in math and English language arts, tying teacher evaluations to measures of student “growth,” including test scores, and supporting “small schools.”

In announcing the new strategy in late 2017, Gates committed the biggest share of the $1.7 billion that the foundation planned to spend on K-12 education to this effort, which focuses on using data to come up with locally driven solutions.

The networks are working with 298 middle and high schools in more than a dozen states nationwide, including California. The schools enroll 250,000 students, 29 percent of whom are black, 43 percent Latino and 70 percent low-income.

Hughes said the Gates foundation has committed funding for five years, after which a decision will be made on whether to expand, stay the course or stop. Additional California projects will be included in the next round of funding, Hughes told EdSource.

Included among the initial 21 projects are four California nonprofit organizations.

The High Tech High Graduate School of Education in San Diego is partnering with up to 30 charter and traditional high schools in Southern California. The aim is to increase the number of black,  Latino and low-income students who apply and then attend a four-year college.

It will focus on key factors that affect college enrollment: access to financial aid, the college application process, fostering a sense of belonging in college and reducing “summer melt” — students’ failure to enroll even after they have been admitted.

The graduate school is part of the High Tech High organization, which began in 2000 as a small charter school in San Diego.

California Education Partners, based in San Francisco, is creating a network of 50 high school in 18 small and mid-sized districts to improve achievement among black, Latino and low-income students. The grant is aimed at expanding the Ed Partners’ capacity to design, lead and evaluate collaborations of schools focused on improvement. Ed Partners also led the 5-year, 10-district Math in Common project whose goal was to improve instruction of the Common Core math standards.

CORE Districts, based in Sacramento, are eight California school districts, including Los Angeles, Oakland, Fresno and Long Beach, serving a million students, that work together on strategies to narrow achievement gaps. The grant will focus on CORE’s work to ensure that 9th-graders are on track for graduation and college enrollment, its student data system and its partnership with the research nonprofit Policy Analysis for California Education.

Teach Plus, a national organization with offices in several regions, including Los Angeles, builds teacher leaders with instructional expertise. The grant will create a network of 10 middle schools in Chicago and Los Angeles that will guide the work of teacher leaders and principals to increase 8th-grade math proficiency of black,  Latino and low-income students.

During the event Tuesday, the Baltimore City Schools offered a glimpse of the stakes in this effort. Their focus is on middle and high school students who are not reading at grade level and certainly not a level that will bring them success in college or beyond. As a video on the project poignantly described, the inequities faced by these students reflect the zip codes they live in.

Zachary Jaffe is a literacy coach who works daily with educators and students to uncover the changes that need to be made to improve learning for these students. In the video, Jaffe said the challenge is not to jump to a quick fix — “solutionitis” — but to listen to what students say they need.

Interviewing students and studying performance data are two pillars of this continuing improvement approach. Mostly, it is acknowledging that there are no quick fixes or magic bullets. The solutions come out of hard, slow work that continuously builds on success.

As the participants learned, it’s the kind of approach that has proven successful in other sectors like health care and manufacturing. With the right changes, the strategies can work in education. That’s what the Gates Foundation is counting on as it puts the force of its expertise behind this effort.

Among the challenges, Hughes told them, is to search for the root cause.

As an early practitioner, Baltimore City will surely become a test case for the strategy. Baltimore City Public Schools CEO Dr. Sonya Santelises said her team has been working on this strategy for about eight months and her staff is telling her that this already “feels differently” than other top-down efforts.

And while 20 to 30 schools have worked on improvement, Santelises says she needs a process that will serve all of the students in the district’s 170 schools. Their work has “only just begun.”

In some districts, that work includes confronting the history of segregation that has resulted in inequities in facilities and resources, speakers said.

When asked in a panel discussion to identify the one unsolved thing that keeps her up at night, Michelle Bowman, associate director, communities for Learning Forward, which trains educators in professional development, responded: “Are we willing to engage in the conversations around race and racism?”

Added Rosa E. Apodaca, interim executive director & senior fellow at the Institute for Learning at the University of Pittsburgh, said: “That’s it folks. We really have to engage in that conversation and people only like to engage in it at a level where it is not going to hurt…I’ve seen how people retract from it when they don’t like it or they feel like it hurts.”