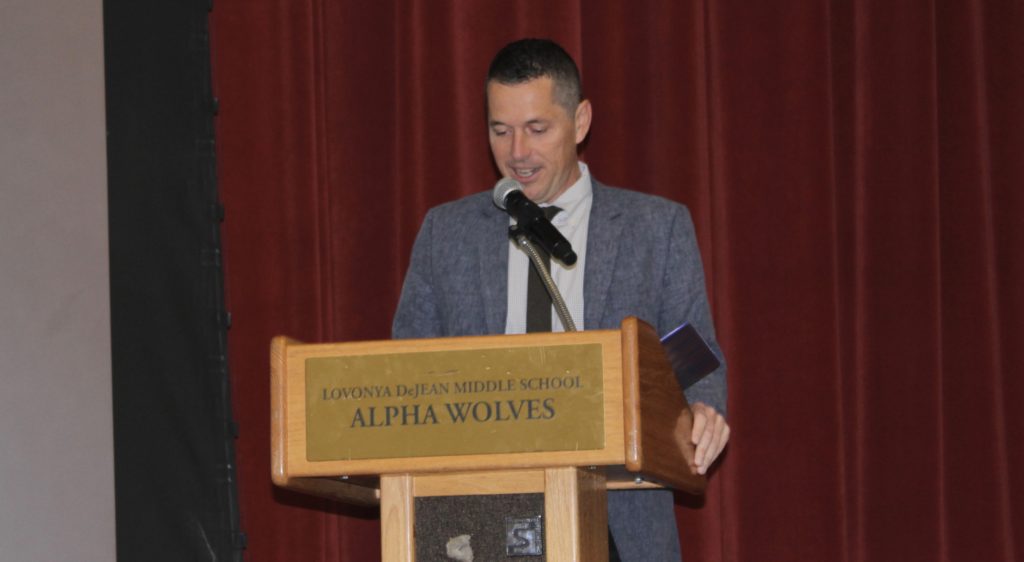 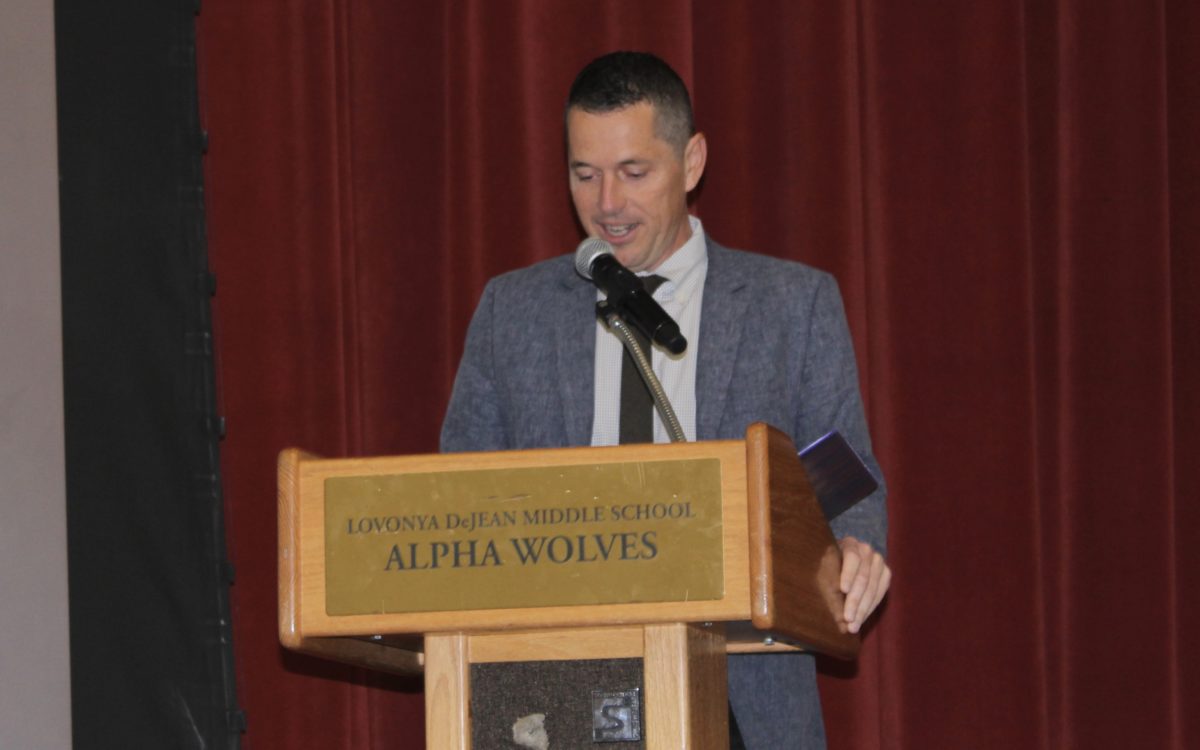 Amid a deficit that has ballooned from $10 million to $48 million in a few months, a San Francisco Bay Area superintendent’s job is on the line as attention focuses on keeping the district solvent.

The board of West Contra Costa Unified — which includes Richmond and surrounding communities — will hold a special closed meeting at 6 p.m. Friday to discuss Superintendent Matthew Duffy’s performance evaluation. The session could result in the superintendent’s termination.

The board is responding to the size of the deficit and the fact that they have little information on how it grew so quickly from $10 million last spring, board members said.

Duffy did not respond to a request for comment.

Board members Mister Phillips and Consuelo Lara said they expect the meeting was called to discuss the possible termination of Duffy’s contract, which does not expire until June 30, 2021.

“It would be unwise to terminate the superintendent at this time,” Phillips said in a statement posted on his website. “As the community knows, the school district has a $48 million budget deficit. The board only has seven months to fix the problem. I do not believe the current board can fix the problem without a superintendent.”

Lara said terminating Duffy “would be the worst thing we could do. It would be a catastrophe.”

The public can comment before the board goes into closed session at the De Jean Middle School. Board action will be reported to the public when the board comes out of closed session, said Tom Panas, board president. 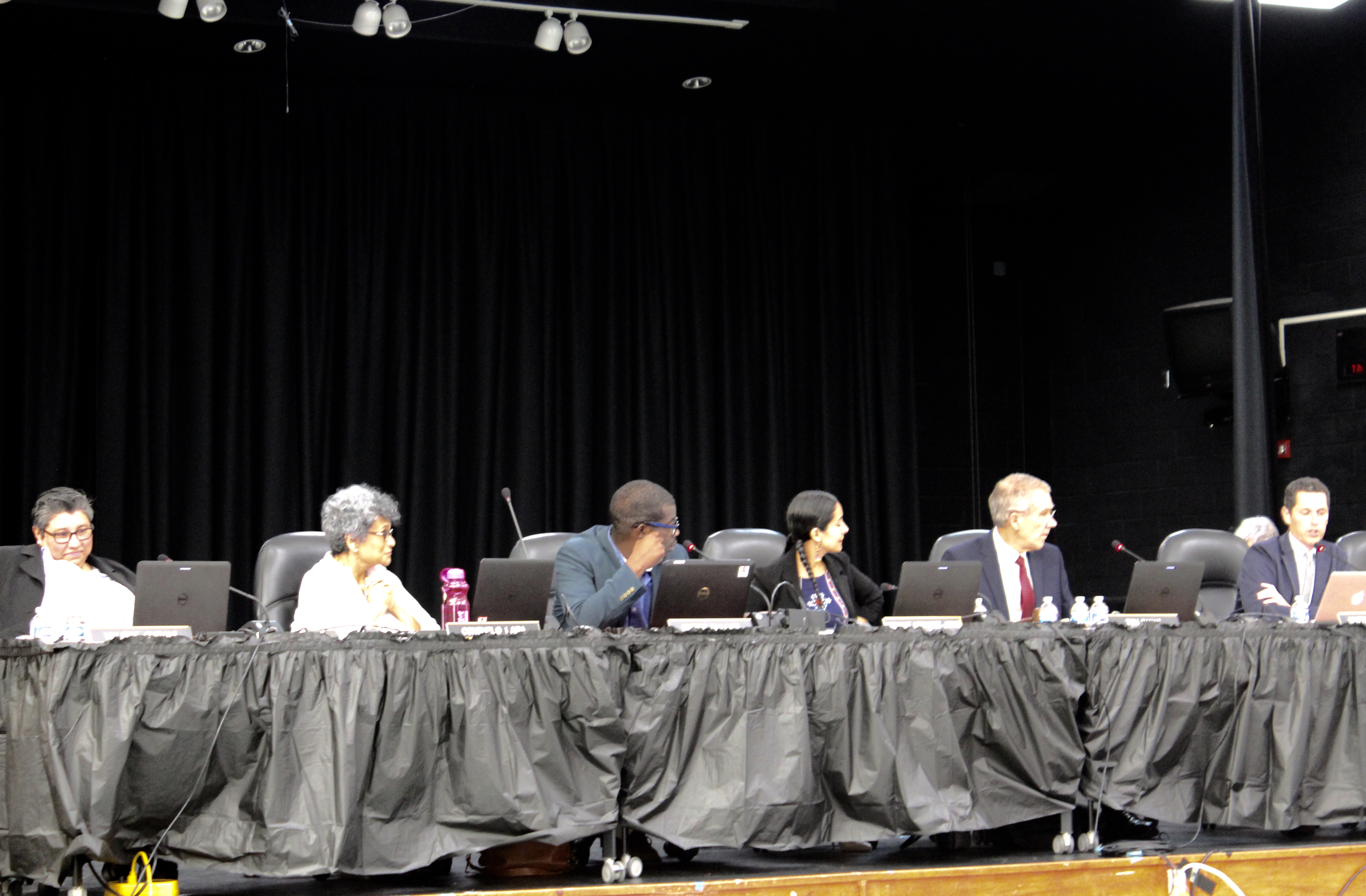 Panas would not confirm whether the board intends to discuss releasing Duffy from his contract.

“The meeting is being called to discuss the superintendent’s performance,” he said, adding that he would not comment further because it is a “personnel matter.” He also declined to comment on Phillips’ statement.

However, Panas did say that he is “certainly very concerned about the budget situation” and “hopefully we can work ourselves out of it.”

The teachers’ union issued a statement Friday against Duffy’s removal, but supportive of holding him and his staff accountable for the district’s fiscal distress.

“If the purpose of the meeting was to fire the superintendent, then we find the timing of this to be irresponsible and disrespectful to staff and families who are working incredibly hard at all our school sites at a time when we need stability, not uncertainty,” said Demetrio Gonzalez, president of the United Teachers of Richmond union. “We absolutely believe that Superintendent Duffy and his staff must be held accountable for the current financial and academic state of the district. At the same time, we believe that if Mr. Duffy’s decisions got us to this place in our finances, then he needs to be held responsible for working with us to fix it this year.”

Panas and Lara said they are getting feedback from the community.

“I’m hearing from the public and it goes both ways,” Panas said.

Lara said she has been receiving “tons of emails from parents, teachers and community members who do not want this to happen — do not want him terminated.”

Regarding the budget, Lara said Duffy was given numbers from the previous chief business official “and assumed that they were correct.” She said she wasn’t sure if Duffy may have “faltered” by not doing more investigation into the budget himself and by not “taking more charge” of the budget process.

“But because it happened under his watch, of course it’s his responsibility and he’s going to have to take ownership of that,” Lara said, adding that she didn’t think he caused it and that the board should also have been paying closer attention to the budget.

Duffy assumed leadership of the district in July of 2016, following the previous superintendent who retired after a decade. He left in part due to district controversies including questionable spending of construction bond funding. Last year, the board extended Duffy’s three-year contract another two years, after he received a positive evaluation.

But since that time, Duffy has grappled with the growing deficit and the loss of key cabinet-level administrators — including John al-Amin, chief business official, who resigned in May — prompting Duffy to seek assistance from the Contra County Office of Education to create the district’s 2019-20 budget.

In June, the board approved a 2019-20 budget of $360.7 million that left out many essential items such as salaries for critical vacant positions that Duffy told the board would be added the following month. At the end of the 2018-19 school year, the board was told the deficit was $9.1 million.

But by July, the board was reeling from district reports that the deficit would likely stretch to $30 million as necessary costs were added back into the budget, which would require it to make deep budget cuts and dip into reserves. Panas and board members Valerie Cuevas and Stephanie Hernandez-Jarvis approved a resolution asking Duffy and his staff to identify budget cuts by Nov. 30, along with possible spending of a portion of the reserves so the district could pay all its bills for the next three years without deficit-spending.

Phillips and Lara voted against this resolution, saying it would make more sense to wait until Wold, the new chief business official, began working in the district in August and updated the budget. Last month, Wold told the board the district needs to cut $39.9 million this year and another $7.9 million next year, bringing the total reductions or additional revenue needed to $47.8 million.

“That is a herculean task going forward,” Wold told the board on Oct. 23 during a briefing on the budget.

“We understand how frustrating it is not to have all the information you want immediately,” he told the board. “We’ll get it so you can make those right decisions.”

Lara told Wold she thought the problem was overspending.

“We continued to spend even though we didn’t have the money,” she said, adding that she wanted more information about controls being put in place “that are going to prevent that” from happening again.

Hernandez-Jarvis complained that board members and the public did not receive the budget materials until the night before the meeting, which didn’t give them ample time to review them.

“For me to ask informed questions, I need to have time to study this,” she said. “We need systemic changes to prevent these things from happening.”

“I need to find out exactly where things are,” she told Wold. “How fast can you figure that out?” 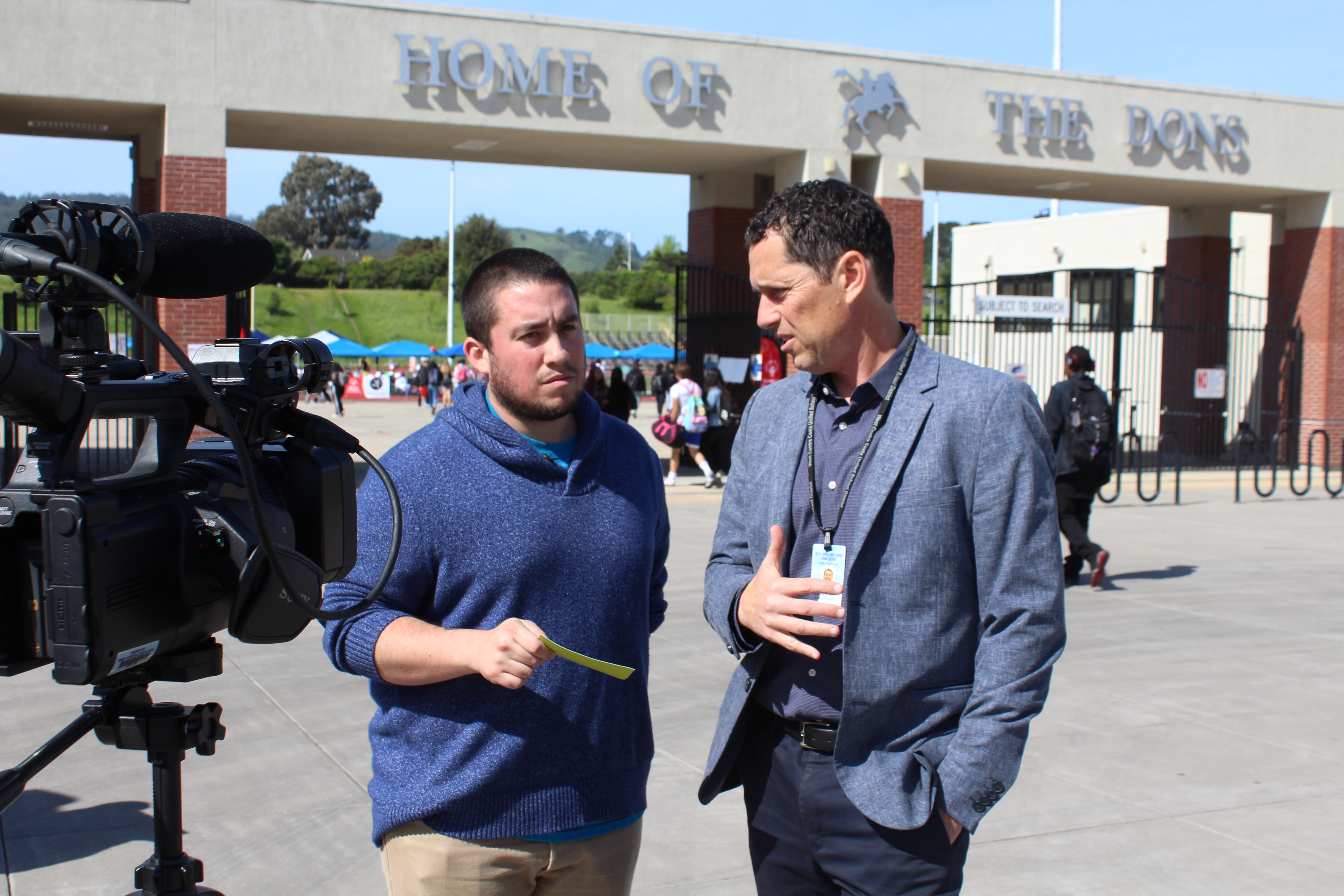 Putting a focus on Bay Area district: superintendent and union president team up

As Wold continued to take heat from the board, Duffy stepped in.

“I know there’s a lot of frustration,” Duffy said. “I can feel that. I want to make sure we direct that productively. I think certainly, if there’s frustration, some of it should be directed here towards me. I don’t want to see us taking our new budget leader and going at him too hard. He’s a good guy and can certainly handle it, but we’re going to have to stay in this together. Certainly if there’s some frustration, some of it deserves to be my way….I want us to balance the urgency and the accountability with the support (for staff) so we get this done in a really productive way.”

Leave a Reply to Raheem