Graduating from college still a struggle for many California foster youth 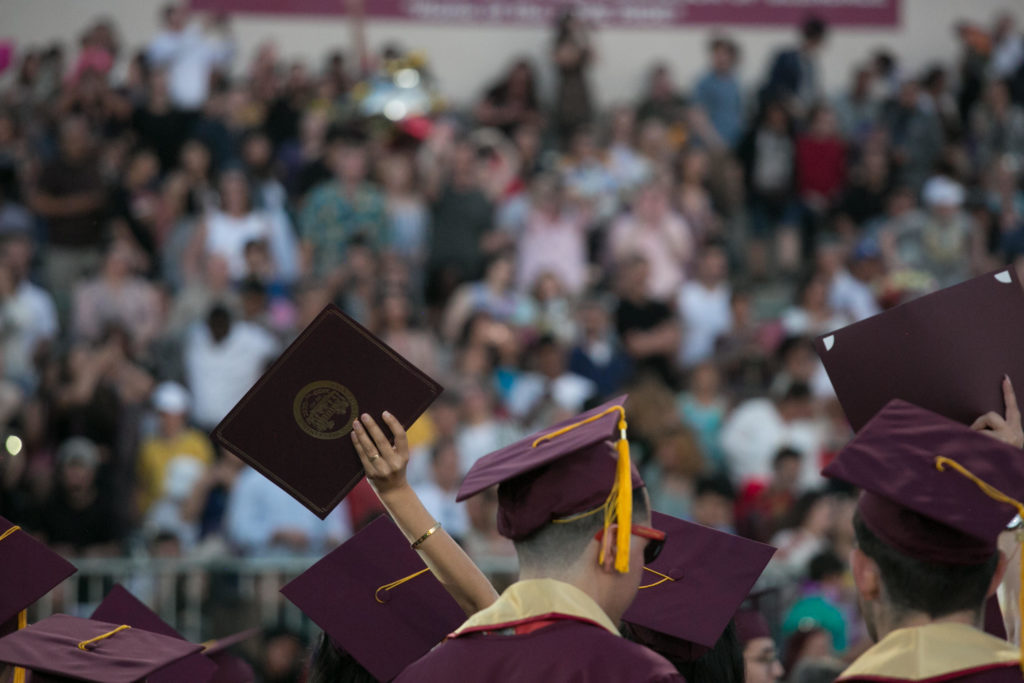 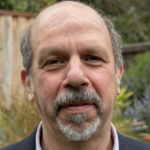 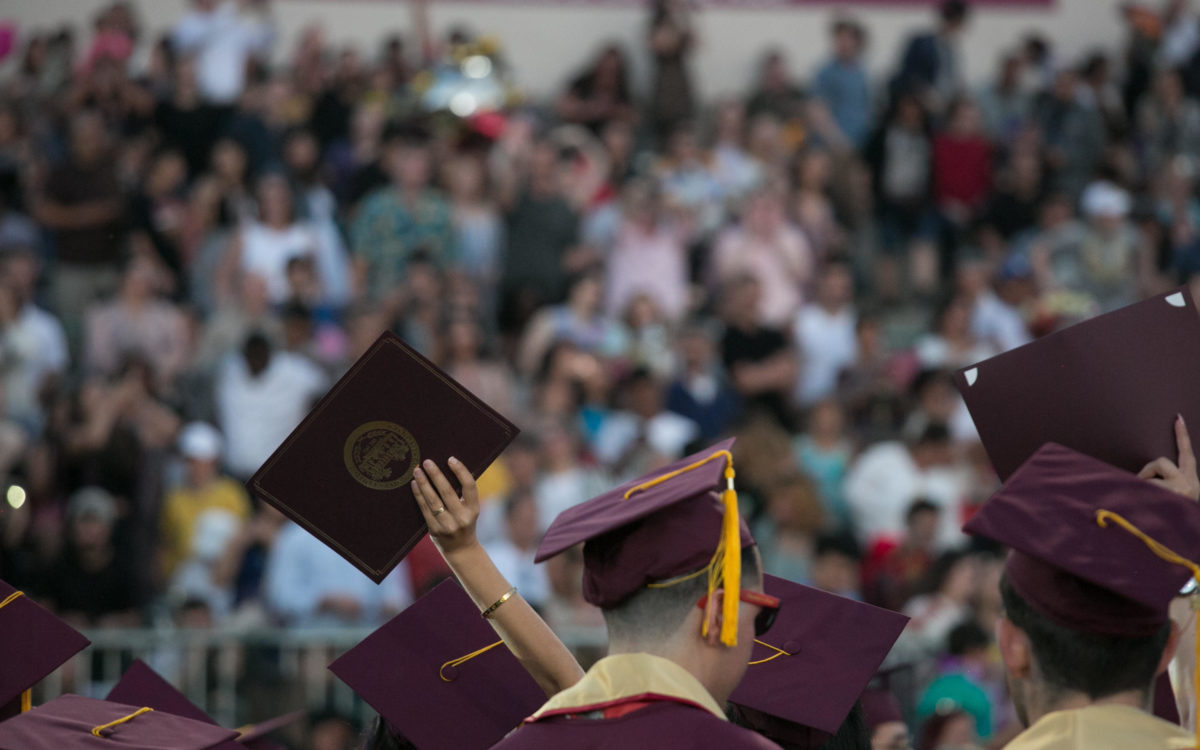 May was a big month for Miguel Almodóvar. The former foster youth graduated from California State University, East Bay and his mother — whom he’d seen only once in the previous four years — celebrated with him, as did his younger sister, whom he hadn’t seen in two years.

Still, he almost skipped walking the stage to pick up his diploma. His sense of accomplishment was muted by exhaustion and an awareness that many of his “brothers and sisters” — other youth that have been in foster care — were not on stage with him.

“I guess it was anxiety about big ceremonies and a bit of imposter syndrome,” Almodóvar, 26, said. “Every foster deserves the opportunity to reach that milestone, but their life circumstances get in the way. Why did I get it and not so many others?”

It took Almodóvar six years of full-time study to finish. His first year, when he was 19 and attending Hartnell College, a community college in Salinas, California, he failed almost all his classes. He was placed on academic probation, lost his financial aid and had to appeal to get it back. In the end, his poor performance that year knocked a half-point off his final GPA.

Almodóvar’s difficulties at the start of college were typical of foster students, though persevering to earn a diploma set him apart from many of his peers. As California expands services needed to grow the number of foster youth enrolling in college, more work is needed to help those students graduate.

“There’s an enrollment issue and a persistence issue,” said Amy Lemley, executive director of John Burton Advocates for Youth, a California nonprofit that works to improve the lives of foster and homeless youth. “We’ve made the most progress in enrollment, but how do we help them persist?”

It’s hardly surprising that foster youth struggle in school. Most come from impoverished families and have been removed after being exposed to neglect or abuse. Many spent their childhoods moving from one foster placement to another and bouncing from school to school. In 2018, the high school graduation rate for foster youth in California public schools was just 59 percent, compared with 83 percent for all students.

A study released last year tracking thousands of former foster youth in California found that a growing number are going to college but many of them are not graduating. The CalYOUTH study found that among those who enrolled in post-secondary education just 49.6 percent completed their first two semesters.

The gains in enrollment are linked to recent initiatives in California to help foster youth transition to adulthood and succeed in college.

The biggest change was the state’s passage of Assembly Bill 12, implementing a federal law that lets youth in foster care continue receiving services and benefits until they turn 21, instead of cutting them off at 18. Extended foster care took effect in 2012 and provides young adults with stipends — usually around $960 to pay for housing and other incidentals — as well as case management, counseling and a clothing allowance. Youth in extended foster care also receive health coverage through MediCal.

Other new benefits give foster youth priority access to register for classes and campus housing, allow them to receive state Cal Grant scholarships for eight years instead of four and let them apply for Cal Grants until they’re 26. Cal Grants for foster youth typically provide $1,672 to community college students enrolled full-time during an academic year and free tuition to a University of California or California State University campus. In addition, a joint state-federal program makes grants of up to $5,000 a year to current or former foster youth attending post-secondary programs.

These support programs help the roughly 35,000 current and former foster youth attending California colleges, Lemley said. Of those, about 4,000 attend the University of California or the California State University systems and the remaining 88 percent are enrolled in the state’s 115 community colleges. About 9,000 young adults ages 18 to 21 take advantage of extended foster care.

Emerging research suggests that extended financial support really helps. Each additional year of support that a youth receives after turning 18 years old increases his or her chances of earning a credential — usually a two-year associate’s degree — by 8 percent by age 21, according to a forthcoming analysis co-authored by Nathanael Okpych, project director for the CalYOUTH study.

“The message to foster youth who turned 18 used to be ‘Goodbye and good luck in college,’” Lemley said. “Now, the system continues to serve young people as they head from high school to post-secondary education.”

Just as important has been increased funding for counseling, mentoring, emergency assistance and personal support from former foster youth. A state law approved in 2014 and expanded in 2017 provides $20 million a year for a program called NextUp that operates on 45 community college campuses. It supplements programs, such as Guardian Scholars and Renaissance Scholars that support foster youth at colleges and universities by offering a variety of financial, social and emotional support.

“They need help with housing, with how to navigate the campus, with how to email a professor to say, ‘I won’t be in class,’” said Faith Onwusa, a case manager at Beyond Emancipation, a nonprofit that serves foster youth in Alameda County. “We check with them to see how they’re doing, to see if they’re feeling overwhelmed.”

The housing problem is huge for the 160 foster youth at Riverside Community College, said Jeremy Johnson, a foster youth specialist at the school’s Guardian Scholars program. It’s especially serious for older students, who lose extended foster care benefits at age 21. A program called Transitional Housing Program-Plus helps some until they turn 24, he said, “but there are very few openings.”

A few months ago, one of his students, 23-year-old Keith Jones, told him his car had been towed and he couldn’t afford to get it back. Then came another detail: the car also served as his home. For three to four months, he’d been parking the car in a residential area after his shift ended at Olive Garden restaurant and sleeping inside. He’d shower at school, a friend’s house or a local gym.

“It was tough,” Jones said. “I didn’t like being in that predicament.”

Johnson negotiated with the tow company on Jones’ behalf and worked out a deal. He also provided Jones with money from the Guardian Scholars’ emergency fund — plus a little from his own pocket — to help get the car back.

Some housing problems start early. Yajayra Tovar, assistant director of the Center for Scholars at Cal State Fullerton, recently learned that a San Diego student slated to start school next fall was just told by his foster parents that he needed to move out as soon as he finishes high school.

“Imagine what that communicates to a young person,” Tovar said. “That I’m not valued, that this is not the family I thought I had, that I was probably just a paycheck. Our young people come in with tons of these stories.”

“It’s just so much stuff we go through,” said Kelvon, a 19-year-old student at Laney College in Oakland who asked that his last name not be used. “For a woman who’s been abused, it might be hard for her self-esteem to go to school. For us men, it could be the same thing: We could have been abused physically, sexually or mentally to where you can’t deal with anything anymore and you have suicidal thoughts. That’s part of what I went through.”

For Keith Jones, the Riverside student, the stress of his current life makes it hard for him to succeed in school.

One message many foster youth have been getting most of their lives can be especially discouraging, said Colleen Ganley of the chancellor’s office: “You’re just not college material.”

Almodóvar said he sometimes hears foster youth repeat that message — and makes it his mission to encourage them.