Despite education reforms, foster students in California lag far behind on multiple measures 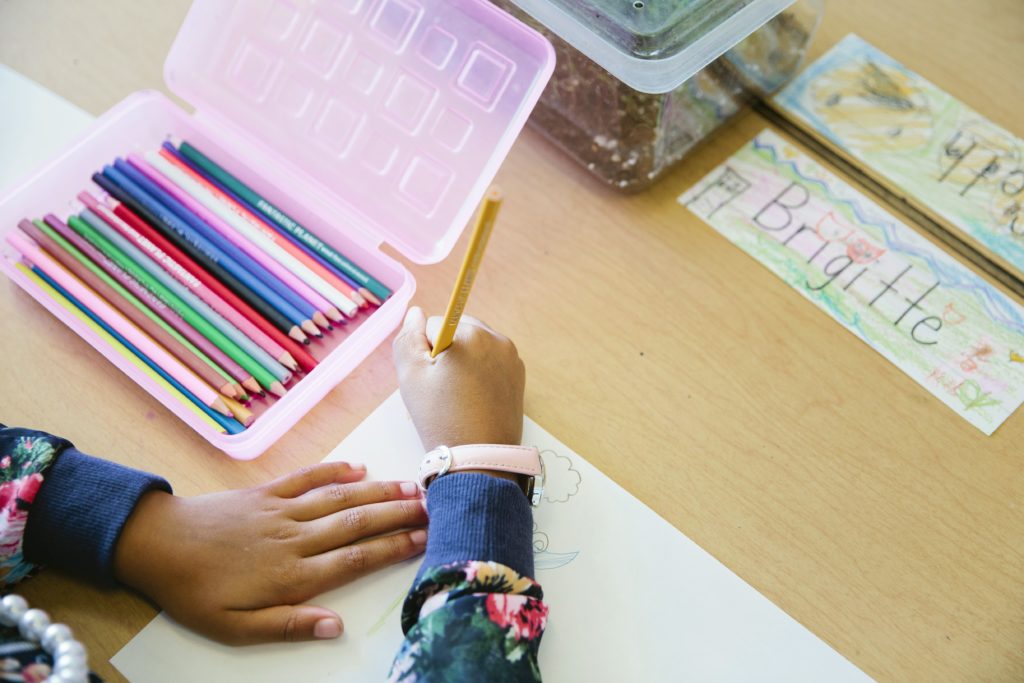 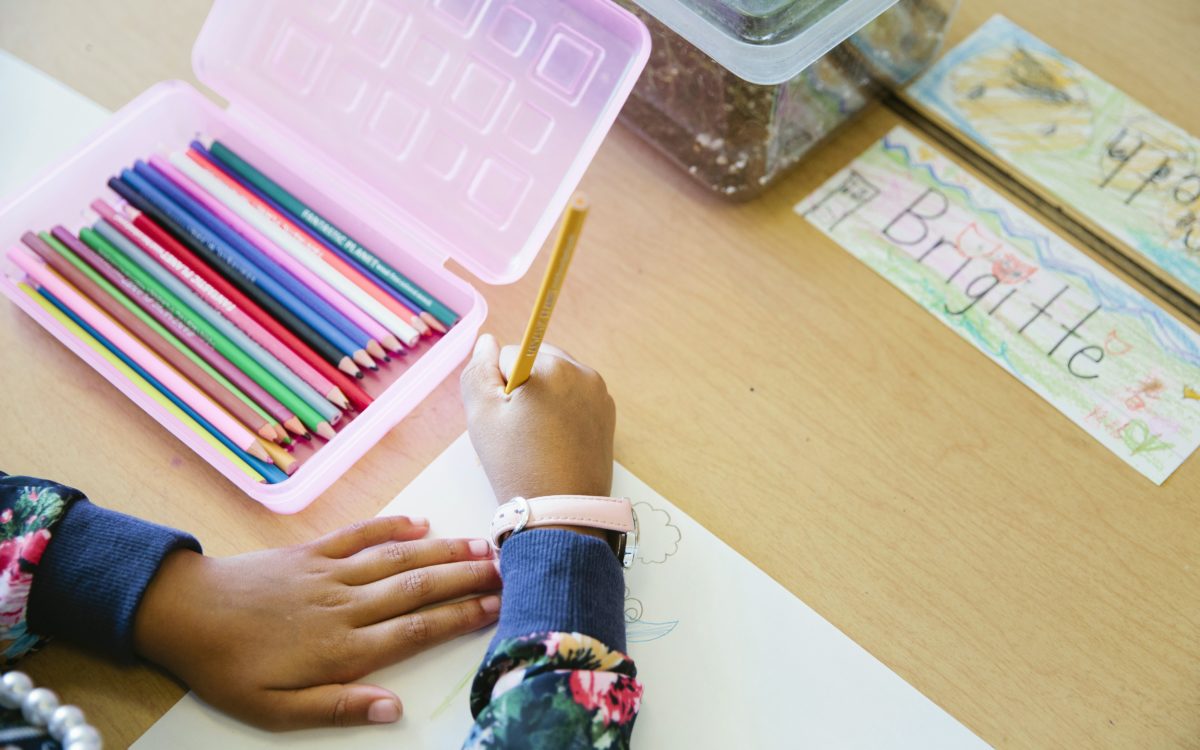 Seven years ago, two education researchers in California did something that had never been done before. They sat for months in San Francisco in a secure, private room and matched confidential information on children in the child welfare system — those who had been removed from their biological parents due to abuse or neglect and placed into foster care — with information on those same kids’ school attendance and performance.

The work by the team from West Ed, an education research and policy organization, led to a groundbreaking 2013 report, The Invisible Achievement Gap. It found that California teachers and administrators didn’t know if students were in the foster care system and, thus, had no way to monitor their progress or support their efforts.

It also found that these students were struggling. “Foster youth had the poorest academic performance, highest dropout rate and lowest high school graduation rate of any group attending public schools,” said Vanessa Barrat, a senior research associate with WestEd and one of the co-authors. “The message was that there is a subgroup in the schools that is very much in need of help.”

The report had a significant impact. By the time it was published, its widely anticipated findings helped prompt Gov. Jerry Brown and the Legislature to include foster students in a landmark school funding and accountability law, the Local Control Funding Formula approved in 2013. It was the first time a state had targeted foster students in this way.

The law for the first time required districts to count foster students and track their progress. Equally significantly, the law also provided districts with additional funds based on the number of low-income students, English learners and foster students they served. Homeless children were later added as a fourth high-needs group.

Between them, the report and the new funding scheme “started a sea change in terms of people paying attention to the needs of foster youth,” said Jill Rowland, staff attorney with the Los Angeles-based Alliance of Children’s Rights, a nonprofit that advocating for policy changes affecting foster children.

But the impact of the new funding law has been uneven on the state’s approximately 50,000 foster children, according to educators and advocates interviewed by EdSource.

“We are certainly seeing some bright spots,” said Michelle François, senior director of compassionate systems for the National Center for Youth Law. “But implementation of the new funding formula has fallen woefully short and the outcomes of foster youth remain among the worst of any subgroup in the state.”

* Percent meeting or above standard on Smarter Balanced Tests

The 2013 state law requires each district to prepare a Local Control and Accountability Plan detailing how they will use the funds to serve the four high-needs groups, including foster students. But Rowland says that some districts treat the high-needs students as a single group and don’t dedicate funds specifically for foster students.

Some districts have chosen to use the extra funds they have received to hire case managers to work with foster students, for example, and provide space within a school where a foster child who is feeling upset or angry can calm down and feel safe without being suspended. But other districts have done little.

In 2017, the Alliance for Children’s Rights reviewed the accountability plans for 17 districts in Los Angeles County that serve large numbers of foster students. Ten of them — including Los Angeles Unified — had “substantial goals, action steps, staffing and funding” to serve foster students, the alliance reported. But seven others provided little or no detail on how they address the needs of foster students.

A 2018 report by the Los Angeles County Civil Grand Jury reached similar conclusions, spelled out in the report’s title: “Funding Formula Fails Fosters.” The report noted five of the 10 districts it looked at had developed “significant programs” for foster students and allocated “substantial amounts to funding them.” But because the extra funding need not be spent directly on foster students, the report asserted that the Local Control Funding Formula “under-represents the needs of foster youth.”

Most if not all students placed in foster care have experienced some form of abuse or trauma, experts agree. Schools are supposed to take this into account as they work with vulnerable students, said Ruth Cusick, a supervising attorney with Public Counsel, a public-interest law firm.

Yet some districts continue to suspend or expel large numbers of foster students for behavioral issues, she said. “We see over and over a lack of understanding in how to support students with serious histories of trauma,” Cusick said.

For all its promise, the 2013 law also has not succeeded in changing the key metrics on which students and school districts are evaluated. On the Smarter Balanced standardized tests, foster children’s scores have nudged up slightly since they were first administered four years ago, but have stayed at basically the same level for the past three years — and remain far behind state averages.

On other measures like graduation, suspension and chronic absenteeism rates, foster children lag far behind state averages as well.

One significant contributing factor is that foster children get moved frequently from one placement to another. With each move, they’re at risk of being sent to a different school.

Janessa Scales, an 18-year-old who has been in and out of foster care for the last 10 years, attended 12 elementary schools and five high schools. “It’s traumatic for kids to bounce around from school to school,” she said. “It set me back a lot.”

Janessa’s only stable experience was middle school. “I stayed in the same middle school for three years and that was very helpful,” she said. “I was able to build an environment comfortable for me to learn and develop social skills.”

She’ll graduate from Palmdale High School in June and is waiting to learn which colleges will accept her.

Some districts, like Bonita Unified in the foothills of the San Gabriel mountains in Southern California, are models for to how to serve the needs of foster students.

It is part of a group of small districts in eastern Los Angeles County working collaboratively to better serve foster students. Since 2013, Bonita Unified has assigned two staff members to work with foster and homeless students.

They greet foster students when they first come to a school, communicate with staff at the group homes where many students live and try to ensure that for however long students are there, they get credit for the work they do. That’s a major issue, since foster students are frequently short of credits and end up graduating late — if they finish at all.

Many children sent to Bonita Unified come from nearby group homes or an emergency shelter serving children removed from parental custody. Tim Marshall, a special education teacher at Roynon Elementary School, sometimes refers to children from the shelter as “email kids. We get an e-mail: ‘So and so is enrolling in the school. They’ll be here tomorrow.’”

While a child is with the school, Marshall says, he and his colleagues do their best to make them feel safe and welcome. He pulls them out of class individually to work on reading or math, or just to talk. His classroom is set as a place they can come when they feel stressed or sad or need to calm down.

“I’m always amazed that they come to school,” he said. “They get out of the van, go to a new environment away from family and friends. That first day, they’re scared. We get through that day and 95 percent of the time that second day, they’re feeling better. By the end of the week they’re in the flow of things and feeling pretty good.”

Inevitably, Marshall said, a few weeks or months later, another email will come: “So and so has been discharged.” Translation: They are moving from the emergency shelter and are also leaving the school. They won’t be back the next day.

When that happens, Marshall said, the whole school community feels a loss — but especially the departing child who once again must sever important relationships.

In 2017-2018, Bonita Unified served 492 foster students over the course of the year, said Mark Rodgers, the district’s senior director for specialized services. But the extra state funding it gets is based on the number of foster students in the school on a single day in October. Last year, the number was 158, which brought in about $250,000 in state funds, though Rodgers estimates the district spends $750,000 to $1 million.

Not every district can do that. In recent years, Oakland Unified hired five case managers, who act as advocates and counselors for foster students. In early March, the Oakland School Board voted to lay off all five case managers, effective May 30, part of a $22 million package of cuts aimed at finding enough money to give Oakland teachers a raise following a weeklong strike.

“These kids will go back to having no one,” said Margy Salguera, a case manager hired in 2013. “They won’t have anyone to turn to.”

The the Oakland City Council agreed last week to give the district funds to help restore some of its cuts, but the district has not yet decided how it will allocate the funding.

Despite possible setbacks like these, the 2013 funding reform did jump-start an effort to ensure that foster students are no longer ignored, said Amy Lemley, executive director of John Burton Advocates for Youth, a San Francisco nonprofit advocacy organization focused on foster issues.

The California legislation seems to have influenced federal law. When the Elementary and Secondary Education Act was reauthorized and signed by President Barack Obama in 2015, it included new language requiring states to track achievement and graduation data for foster students.

To hear more about this issue, listen to EdSource’s weekly podcast, This Week in California Education, which airs Saturday.