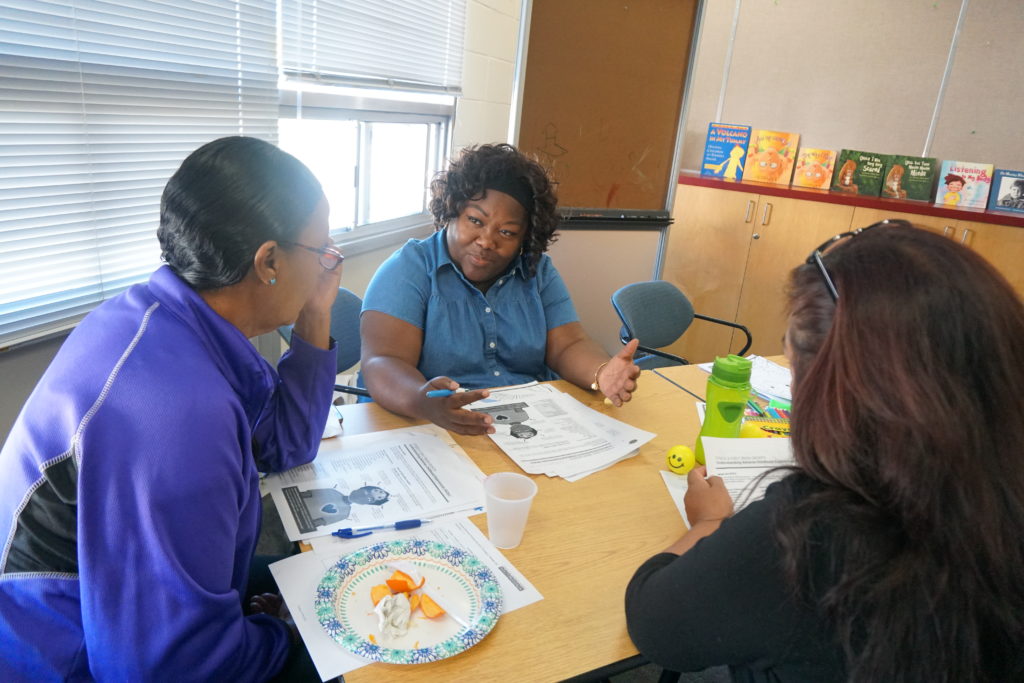 Classes are part of program to increase child care access for foster children. 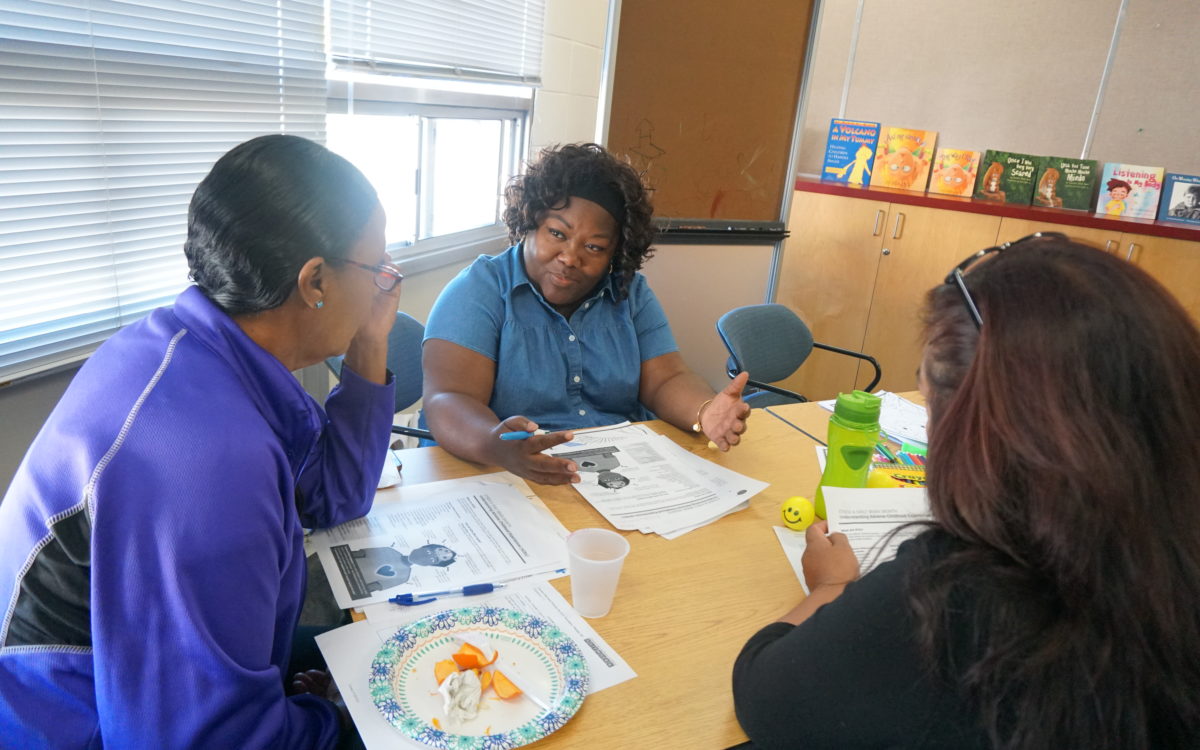 It only takes one healthy relationship with a caring adult to help a child heal from trauma.

That’s one of the main messages in a series of classes given to child care providers across California that help them work with children who have experienced abuse, violence, family separation or other trauma.

The classes are part of a state program called the Emergency Child Care Bridge Program for Foster Children, which California began in 2018 to help children in foster care enroll in child care programs. In addition to teaching caregivers, the program provides foster families with vouchers for six months of child care and helps them find long-term solutions.

Almost half of the children entering the foster care system in California between July 2018 and June 2019 were under 6 years old, according to the UC Berkeley California Child Welfare Indicators Project. Before the Emergency Child Care Bridge Program began, advocates say many foster families weren’t accepting small children, especially infants and toddlers under 2, because they could not find subsidized child care and could not afford to pay for private services. In addition, even when families found child care, the providers were not always equipped to help children who have experienced abuse or been separated from their parents.

Kieffer said her center began enrolling children in foster care with vouchers through the Emergency Bridge Program in April. Immediately, she noticed that several of them were struggling to express emotions and instead were hitting and kicking other children and adults.

“It really hurts your heart to see a child being so angry inside, and so aggressive,” Kieffer said. “That is a very scary thing to witness and observe.”

Kieffer said she was relieved to be able to take the classes focused on how to care for children who have experienced trauma. She also received one-on-one help from a coach to figure out how to help a child who was approaching adults at the center by trying to hold their hands and leave with them.

In 2018-19, the Legislature allocated $31 million in state funding for the Emergency Child Care Bridge Program. In the 2019-20 budget, the Legislature added $10 million more to increase the number of vouchers.

The trauma classes are offered in 46 counties. Many are open to all providers, regardless of whether they currently serve children in foster care. At a recent class at the nonprofit organization BANANAS, Inc., in Oakland, trainers Rainbow Markell and Debby Alvarez taught a group of about 30 child care providers about what traumatic experiences do to a child’s still- developing brain.

In normal circumstances, the brain’s reaction to danger gives the body the adrenaline needed to “fight” or “flee,” Alvarez explained to the group. But when children have experienced trauma, it can cause their brains to interpret minor events as dangerous, she said.

“Children who have experienced trauma tend to have big emotional responses,” Alvarez said. “When they are in fight, flight, or freeze mode, they are not able to reason.” She said a “fight” reaction in a child might be verbal or physical aggression — kicking, hitting, throwing themselves on the floor — whereas “flight” might be children hiding in a corner. Other children have a “freeze” reaction — acting tired, lethargic, or daydreaming excessively.

Providers also watched a TED talk by California’s Surgeon General, Nadine Burke-Harris, explaining how childhood trauma can affect children’s health throughout their lives, but caring adults can make a difference.

Delores Sanders, director of the 24 Hour Oakland Parent Teacher Children Center, said the information was helpful in understanding children in her program, like two sisters, 3 and 4 years old, who were separated from their mother two years ago and are now in the care of another relative. She said the 3-year-old often shuts down and won’t respond to her name, while the 4-year-old goes into “fight” mode.

“We never know what’s going to trigger her,” Sanders said. “We could be outside and it’s transition time to go in and she may not be ready to go, so she’ll either go hide in the tunnel and we’ll have to go get her, or she’ll start screaming at the top of her lungs. To get her to calm down and come in, it takes time and effort. So if we could learn the triggers, it would be very important.”

After discussing brain development, the trainers moved on to how child care providers can respond to children. Markell encouraged providers to think about how their faces — particularly their eyebrows — look to small children.

“It’s just something I learned watching children with challenging behaviors, particularly toddlers,” Markell said. “When your eyebrows are up and round, you’re showing curiosity, so even if you’re not sure what they’re doing or you’re mad at what they’re doing, if you’re curious, they lean into you and they want to do more. If you’re trying to figure it out and your eyebrows go down, you look angry, so toddlers get nervous.”

After the classes, those who work with foster children are also able to get regular coaching or meet with a group of other providers and a facilitator to discuss how to help children through particular issues. For example, Alvarez said one provider shared that a child was having a hard time napping. Another described a child who would have fits when she had to be strapped into a car seat to go somewhere.

“Putting them in the car seat was like the end of the world,” Alvarez said. “This child, when she was removed from the family, she was strapped in the car seat for a long time.”

Roseanne Galli-Adams cares for four infants and toddlers, some of whom have been in foster care, in her licensed home child care in Oakland. She said the class she attended at BANANAS helped her understand that children’s brains are not yet developed enough to react to difficult situations rationally.

She said she was also encouraged by the classes to keep doing some of the things she was already doing, such as offering a quiet corner in her home for children who are not ready to interact with other children.

From January 2018 to June 2019, 8,258 child care providers statewide attended trauma-informed care classes through this program, according to the California Department of Social Services, though that number includes providers who attended more than one class and were counted more than once. During the same time period, about 3,757 foster children received vouchers through the program, according to preliminary data. Advocates hope the Legislature will increase funding for trauma classes in next year’s budget, to reach more providers.

Jennifer Rexroad, executive director of the California Alliance of Caregivers, a nonprofit organization that represents foster families, said the Emergency Child Care Bridge Program has helped families foster more children. In particular, she said, it has helped siblings be placed together and it has helped children be placed with relatives who may not have been able to afford child care in the past.

“I think a lot of caregivers were burning out after paying out of pocket,” Rexroad said. “We know of families that maybe they had only started fostering with the view of just having one child, but they adopted that child and are now willing to take another placement because they’re not going to go into debt doing so.”