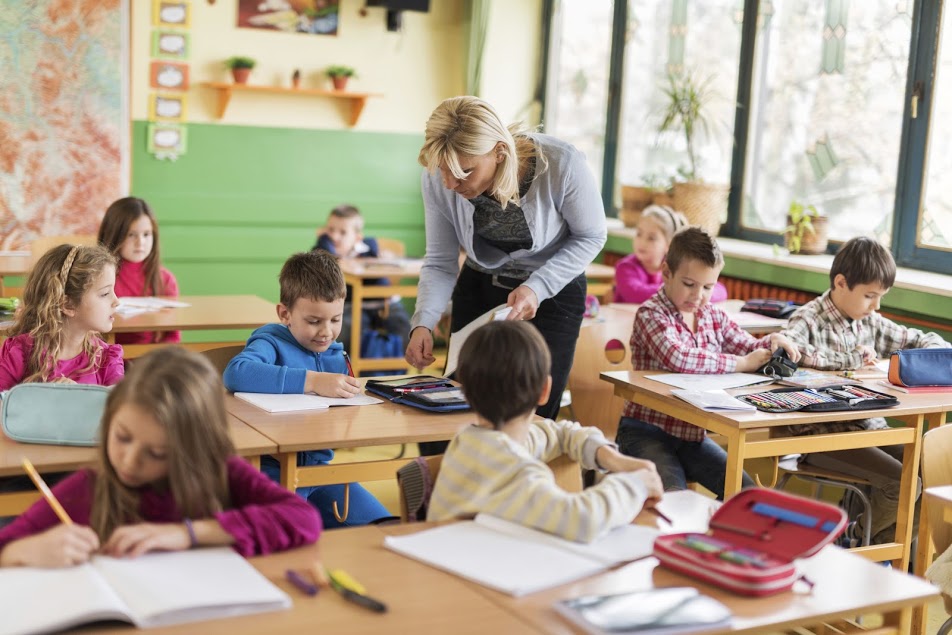 As the world’s largest educator-only pension fund, the California State Teachers’ Retirement System, or CalSTRS, embodies a century-long pledge to uphold the state’s promise of a secure retirement to teachers.

CalSTRS’ dedication to act as fiduciaries on behalf of California’s teachers requires that we correct the record to assure our members, stakeholders and the public that the CalSTRS Funding Plan is working and to argue strenuously for the defined-benefit pension as the best choice for career educators.

Several factors unique to CalSTRS created the need for the funding plan in 2014. Unlike most public pension plans, CalSTRS’ contribution rates are fixed in law and prior to the plan the Teachers’ Retirement Board had no authority to change rates. Therefore, when market conditions necessitated an increase in contribution rates, such as during the 2008 financial crisis, CalSTRS’ only mechanism to adjust rates was to seek approval from the Legislature and governor.

CalSTRS has never taken a pension holiday and prior to the plan contributions had not been adjusted in more than 40 years for members and nearly 30 years for employers. CalSTRS sounded the alarm on the need to increase contribution rates long before the Great Recession.

Also unique to CalSTRS, more than 70 percent of CalSTRS members are women and CalSTRS members do not earn or collect Social Security for their CalSTRS-covered employment. For California’s educators, a CalSTRS defined-benefit pension may be their only source of income in retirement.

While CalSTRS is sensitive to the impact of pension contribution costs on school budgets, these costs alone do not provide a complete picture of the budget pressures faced by schools today. In addition to pensions, school district officials point to a host of additional budget pressures, including rising costs for services, such as special education and transportation, utility and operating costs and lower reimbursement rates from the state and federal government. CalSTRS is one piece of an increasingly complex budget puzzle for California’s schools.

Some may believe that CalSTRS utilizes an overly generous investment return assumption, which is currently set at 7 percent. Every four years, CalSTRS undertakes a process to project capital market assumptions and establish asset allocation targets to adequately balance risk and return across the investment portfolio. CalSTRS is meeting the assumed return over the long term and as of June 30, 2018, CalSTRS’ historical fund performance was 7.7 percent over 25 years, beating the system’s assumption. CalSTRS’ assumed rate of return is also on par with the average for other public pension plans (7.2 percent) and the average for corporate pension plans (6.8 percent).

EdSource’s recent animated video suggests that one option policymakers could consider is switching teachers’ pensions to 401(k)-style defined contribution accounts, as has been argued by researchers for the Getting Down To Facts project.

However, other research suggests that a defined-benefit pension is the most cost-effective and secure way to provide retirement benefits for California’s educators. The majority of CalSTRS members are career educators and for 86 percent of CalSTRS membership a defined benefit pension provides a greater and more secure retirement benefit than a 401(k). Additionally, such a proposal would make it costlier to pay down the existing unfunded liability of the system and increase costs for the state over the long term.

Switching educators from a pension to a 401(k)-style plan has been tried before. Michigan and West Virginia closed their teacher pension plans in the 1990s and instead offered new teachers 401(k)-style defined contribution plans. Both states eventually reopened their defined benefit pension plans to all teachers because the costs for the closed pension plans increased significantly and retirement security for teachers declined.

On average, our members receive a modest benefit of $4,086 per month after spending 25 years in the classroom. This amount generally represents just 56 percent of a member’s pre-retirement income and financial planners suggest replacing 80 to 90 percent of pre-retirement income for a comfortable standard of living in retirement. CalSTRS actively encourages teachers to supplement their defined benefit pension with regular contributions to a defined contribution plan.

After a career of teaching California’s students, teachers deserve a secure retirement. The enactment of the CalSTRS Funding Plan in 2014 reflects the commitment of the public education community and the state to preserve teacher pensions and to ensure they are adequately funded for decades to come.