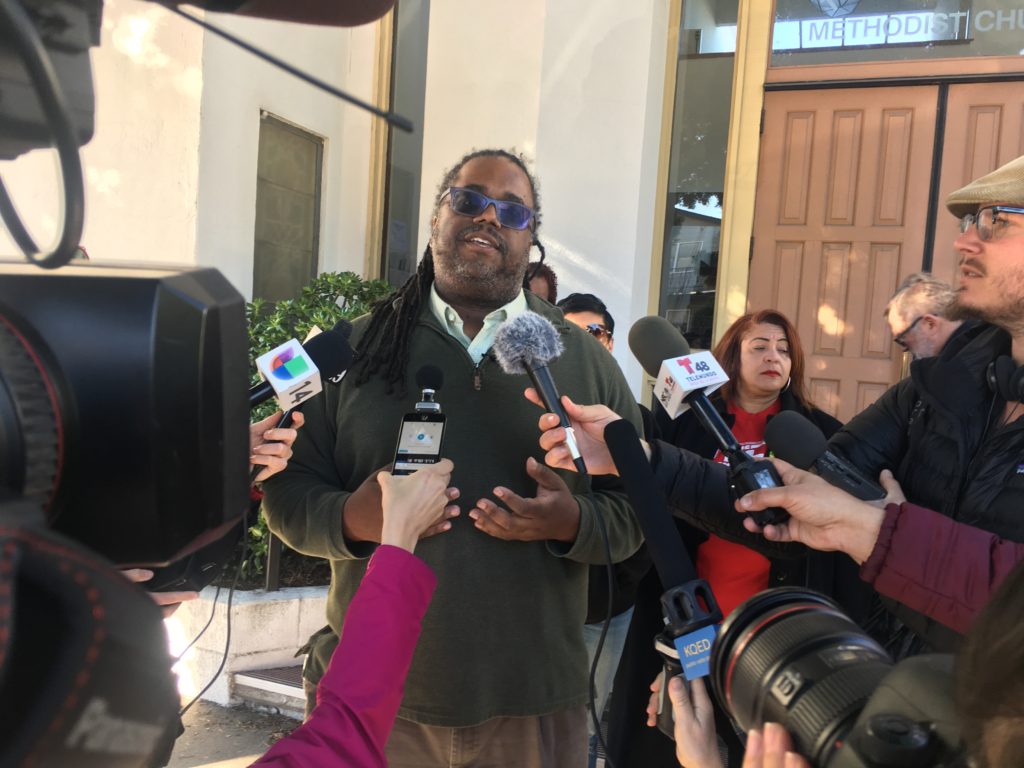 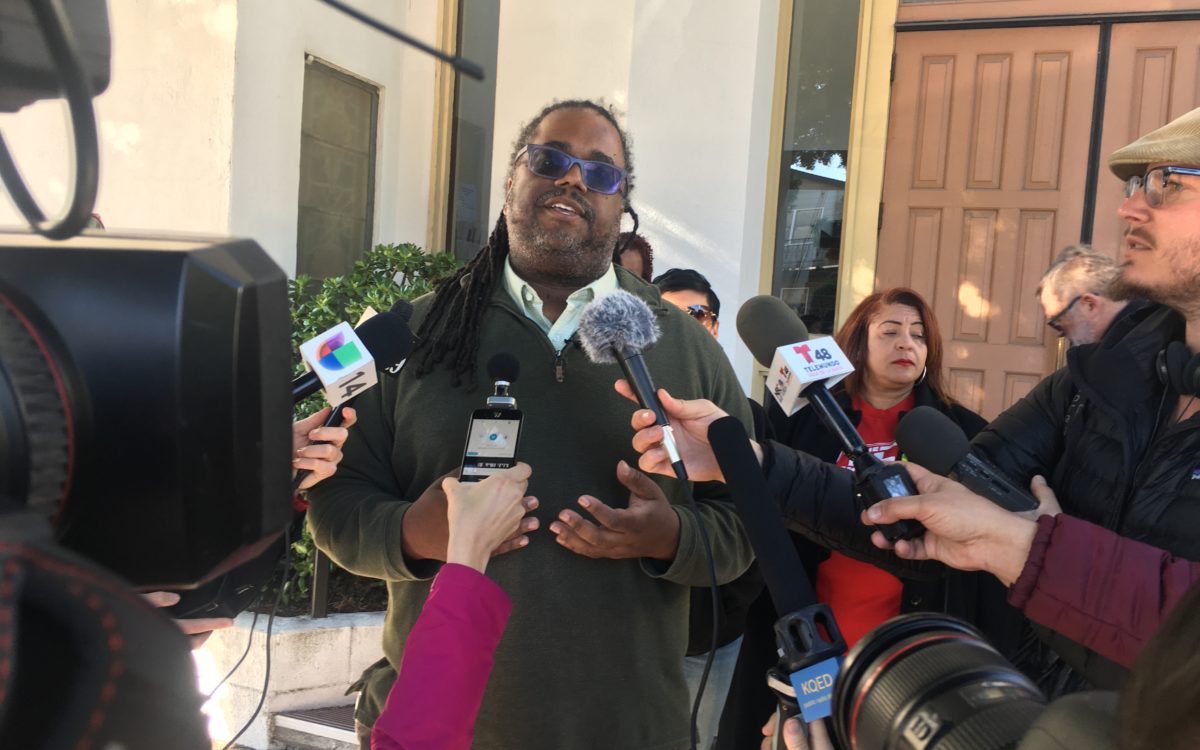 Just days before Oakland teachers are expected to go on strike, a fact-finding report required by California law lays out a precise and grim picture of the district’s financial struggles, with sobering implications for other districts attempting to settle labor disputes with their teachers.

The report, written by its chairman, Najeeb Khoury, an attorney and one of the most experienced labor arbitrators in the state, suggests that shortcomings in the way the state funds its schools makes settling labor disputes with teachers extremely challenging.

“California’s current educational funding system is complicated and flawed in a number of ways,” wrote Khoury, who is currently head of the City of Los Angeles Employee Relations Board. He was formerly director of labor relations for Los Angeles Unified. “These flaws make finding resolution to this contract (in Oakland) and other teacher contracts throughout the state very difficult.”

He encouraged both parties “to recognize these flaws and work together to address these shortcomings.”

For starters, Khoury points out that districts like Oakland start out at a disadvantage. California spends far less than most states in per-pupil funding, so that there is simply less money on the table to provide what teachers feel they need, and, Khoury suggests, less than districts would like to provide.

This was an issue that Gov. Gavin Newsom zeroed in on his State of the State speech on Jan. 12. He noted that seven years ago, at the height of the state’s recession, California spent $47.3 billion on its schools and community colleges from Prop. 98 funds, the initiative that sets a minimum amount for education spending. During the coming year, it will spend over $80 billion in Prop. 98 funds, a 70 percent increase.

“But it’s not enough,” he said. “We’re still 41st in the nation in per-pupil funding. Something needs to change. We need to have an honest conversation about how we fund our schools at a state and local level.”

Khoury also pointed to the main way schools are funded — based on the number of students in actual attendance, not on the total student enrollment.

That in California is referred to as “average daily attendance,” or ADA. As a result, school districts with a disproportionately high number of low-income students, where absenteeism rates tend to be much higher, are likely to receive less money than districts with higher attendance rates, such as those in more affluent, suburban areas. Oakland, for example has a chronic absenteeism rate of 15.8 percent, compared to a 4.8 percent absenteeism rate in San Ramon Valley Unified, centered in Danville, a wealthy community 20 miles to its east.

In particular, he said, charter schools have an adverse impact on a district’s ability to benefit from the state’s new funding formula, which gives districts and charter schools additional funds based on the number of English learners, low-income students and other high-needs students.

Districts with 55 percent or more of their enrollments made up of low-income and other high-needs students receive a substantial amount of extra funds for each student above the 55 percent threshold. But when large numbers of those students enroll in a charter school, the district loses the funds it would have received at what Khoury called “an alarming rate.”

Another problem is that if a student leaves a district school to attend a charter school, or if the district has fewer students because of declining enrollments linked to lower birthrates, it is still stuck with what Khoury calls “legacy” costs, such as maintaining facilities, administrative overhead and pension costs for retired employees.

“Ultimately the question should not be whether economically disadvantaged families should have educational choices — they clearly should,” Khoury said. “The question should be whether the state’s current funding system is sufficient, fair to traditional public schoolchildren and allows all schools funded with public dollars to compete on an equal playing field.”

On top of all these forces that are eroding school district budgets in urban areas, all districts are required to make “dramatically higher pension contributions” to cover their pension obligations to their former employees.

The solution? Khoury said both sides in the dispute “should be able to work together to advocate for increased state spending on public education.”

“Such a joint project can help rebuild trust that has been tested during this lengthy negotiating cycle,” he said.

That level of trust appears to be in short supply in Oakland, as it was in Los Angeles in the days and weeks leading to the strike.

Keith Brown, president of the Oakland Education Association, which represents the district’s teachers, said that despite the state funding flaws Khoury noted in his report, he believes that “there is funding to address issues in this contract.” In addition to more support staff like counselors, nurses, psychologists, and speech therapists, teachers are seeking a 12 percent salary increase over three years, rather than the 5 percent originally offered by the district. (In an offer made a day before the strike, the district has offered 8.5 percent over four years.)

Without providing any specific numbers, Brown said funds to meet those demands could be found by cutting district spending on outside consultants and on central office administrators.

But he also acknowledged that help from Sacramento must be part of the solution, at least in future years.

The state could start by forgiving the $36 million that the district still owes on the $100 million bailout loan it gave the district when it faced insolvency a decade and a half ago, Brown said.

For his part, Khoury in his report said the district would have “a very difficult time affording a 12% raise over three years.” Instead, he recommended a 6% raise over two years, but possibly reopening negotiations for a further increase in the third year “to give the parties time to work collaboratively on finding funding solutions (whether by reallocating current spending and/or by seeking additional revenues) for further raises.”

Oakland is not the only district that is looking for more assistance from Sacramento. Despite Los Angeles teachers reaching an agreement with the district after a week-long strike, it is hard to imagine how Los Angeles Unified will be able to make good on what it promised at the bargaining table without additional support from the state.

A report as sobering as the Oakland fact-finding report came from L.A. County Superintendent of Schools Debra Duardo after examining the agreement with United Teachers LA.

The agreement, she implied, has put the district at financial risk. “Using one-time funding sources, such as reserves, to cover ongoing salary expenditures is a key indicator of risk for potential insolvency,” she reported in her report, also required by state law.

She pointed out that L.A. Unified is projecting a deficit of over $500 million in three years, “which has yet to be addressed.” Unless the district does so, she threatened to label the district as no longer being a “going concern,” the dreaded accounting term indicating that an organization or business does not have the resources to keep operating in the foreseeable future.

Given the state’s funding structure, it is unclear how Oakland will avoid coming up with an agreement with similar uncertainties about how it will pay for it without Oakland voters approving higher local taxes or without more support from Sacramento.