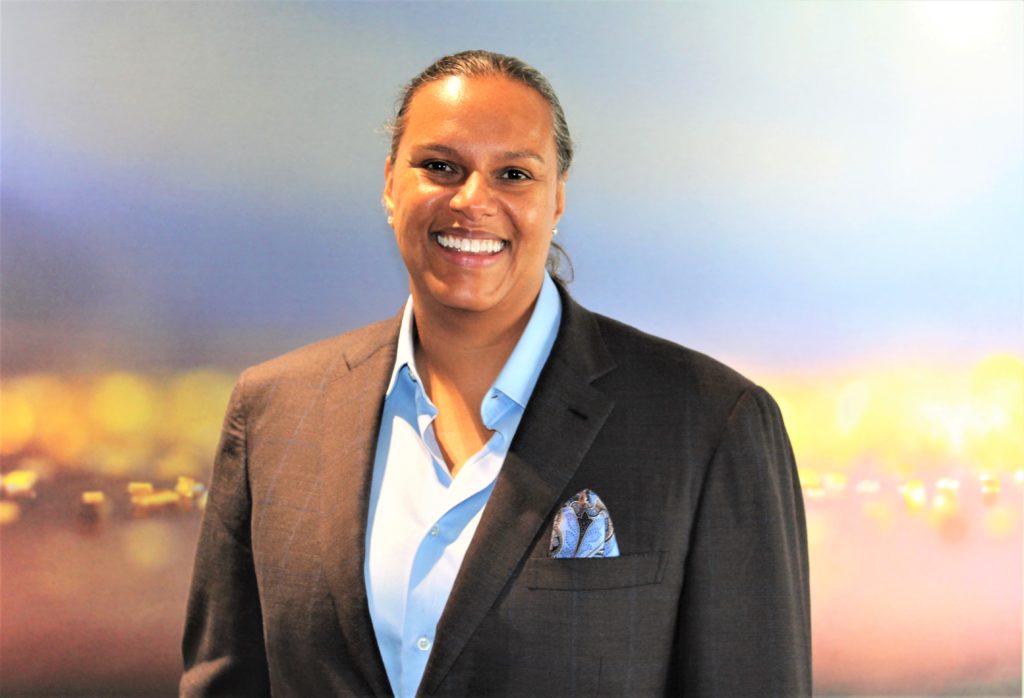 School CEO says college will get a new name to reflect its mission. 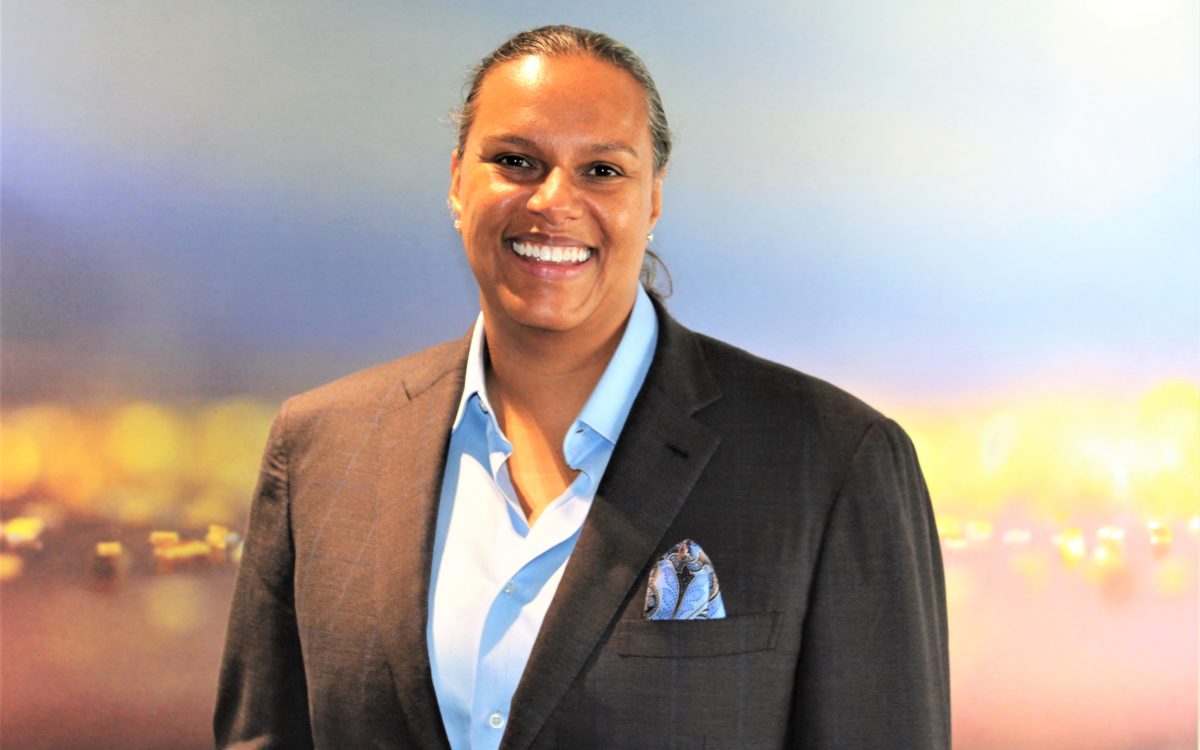 Even before it debuts its first classes in the fall, the California Online Community College will get a new name, says its president and CEO Heather Hiles.

That’s because the school’s title needs to better reflect its goal of offering in-person as well as online job training for adults and to let the public know “what you are talking about,” she said.

“The mission is to help people who are underemployed get fully employed. And to use whatever technology and resources are required to make that mandate a reality,” said Hiles, who started in February as the college’s president and CEO .

Hiles said it is premature to say what the new name will be. But whatever the title, the institution — which is expected to receive at least $240 million over the next seven years — won’t be like any traditional college. It won’t have a set course catalog, distinct academic departments, grade point system or a student body recruited from the general public to earn an associate degree.

Instead, it will be a technological support and educational delivery system in job training for adult workers without college degrees who are starting jobs or trying to advance, according to Hiles. Employers will have a big say in what is taught and where. Those firms will be expected to subsidize costs so students won’t pay any tuition.

“Our operating model is that we are having employers pay people to learn their jobs,” explained Hiles, who recently spoke to EdSource in San Diego where she was attending a technology and learning conference.

Research and experience show that some adult learners do not thrive in fully online classes and do better with the addition of in-person mentoring, she said. So the online college will be a blended system. Some learning will occur during hands-on sessions at job sites, she said. That will be bolstered online with study material, reviews, testing and video chats with mentors, available even on cell phones, perhaps in short bursts for work breaks or commuting time. Online testing will gauge skill competencies.

The target audience is 8 million people in California who are underemployed, working multiple part-time jobs or stuck in jobs that are not paying a living wage. The goal is to train those people for better employment “without them getting into debt,” she said.

The college is gearing up for both its Oct. 1 start date and a longer future. Online learning expert Ari Bader-Natal was recently hired as chief technology officer and searches are underway to fill other important positions. Hiles and staff are reviewing models in other states and studying how to compete against for-profit online schools. Faculty, full- and part-time, will be added soon.

In five years or so, her goal will be to have about 100,000 people trained and placed in 50 different types of jobs, spread out among 100 employers, she said.

For now, she’s focused on enrolling the first 100 or so students in the initial three courses this fall at undisclosed companies — medical coding, cyber security and information technology. The college plans to open an office in Oakland and another in Southern California as headquarters, studios and possible places where students can meet faculty. The instructors will be a mixture of full- and part-time faculty along with mentors from industry.

Many logistics are undecided, such as the length of instruction terms — some as short as a few weeks and others possibly a year — and the financial arrangements with companies. Also being studied is how classes would fit into work schedules at job sites. Where applicable, unions will be involved in reviewing the curriculum.

“We have to get things moving. I do hope in the long term to have such a robust offering that anyone anywhere in the state of California can come and get what they need. But we need to learn to crawl before we walk,” said Hiles, who will work in Oakland, where she lives.

A major challenge will be balancing online and hands-on instruction, according to Nicole Smith, chief economist at Georgetown University’s Center on Education and the Workforce. “If they can find that sweet spot, then this might be a cost-saving strategy and a way to train more people at a faster rate,” Smith said.

In the long run, success should be measured by how much students’ incomes rise in years after the training, Smith said. If that proves to be strong, the California program “might be something to imitate in other locations.”

Dressed in a dark suit jacket and pants, with a stylish pocket square, Hiles said her personal background as an African-American gay woman gives her insights into obstacles people face in securing decently-paid and emotionally rewarding work.

Now 50, Hiles grew up in a single-parent household in Los Angeles and Santa Barbara — her mother was an IRS auditor. While recruited as an athlete, Hiles decided against accepting a basketball scholarship at UC Berkeley and instead attended there on regular financial aid to concentrate on academics.

Her off-campus work as a tutor to low-income students set her on a path, she said, “to help people achieve their academic goals or their professional goals.”

The new position seems to combine her past experiences in high tech, workforce development, education and San Francisco politics.

Hiles earned a master’s in business administration from Yale University and founded technology companies, including Pathbrite, a tool that allows users to track and publish their educational progress online. At the Gates Foundation, she worked on programs to improve college graduation rates for First Generation students and under-represented minorities. After being active in a gay rights organization, she was recruited to serve as now-Gov. Gavin Newsom’s communications director for his successful campaign for San Francisco mayor in 2003; he later appointed her to the San Francisco Unified Board of Education.

Her new $385,000 starting salary raised eyebrows since it is higher than that of the statewide community colleges chancellor Eloy Ortiz Oakley ($311,928) and nearly all other top community college administrators around the state, records show. Hiles’ contract also allows performance bonuses, as high as $40,000 in her fourth year. Asked about her salary, she defended it and said it was lower than what she could command in the private world of technology and what a white man with a similar resume would be paid in the college position. “I don’t think that (Oakley) or the trustees wanted me to take a discount when other people they may have recruited for this position would have potentially made more if they looked different from me,” she said.

The brain child of former Governor Jerry Brown, the online college has faced opposition from community college faculty leaders and legislators who saw it as draining resources from the state’s 114 brick-and-mortar community colleges and duplicating job training programs at many of them.

Evan Hawkins, executive director of the Faculty Association of California Community Colleges, said serving underemployed adults is a laudable goal. But he added that there “is no reason why existing colleges can’t reach those folks. Let’s use our existing infrastructure. It would be a lot more efficient costwise.”

Hiles promised her work will not conflict with existing campuses’ current vocational programs and in fact will provide support for them, with joint online materials. To her, the real competitors are for-profit online schools that leave too many students with heavy debt and no job improvements.

The state is giving the new college $100 million for startup costs to be spent over seven years plus $20 million for this year’s operating costs, expected to be renewed annually. The college is expected to receive additional state funding for each enrolled student. In addition it has received $4.2 million in philanthropic grants for planning, course design and testing, with the largest, $2.3 million, from Walmart and the Walmart Foundation to aid retail and other service workers.

James Jacobs, a workforce development expert who is a research affiliate at the Community College Research Center at Columbia University’s Teachers College, said he was encouraged to learn that the new college’s teaching model will blend hands-on and online. “I would be suspicious if they tried to do anything without some kind of practicum (hands-on learning),” said Jacobs, who is president emeritus of Macomb Community College in Michigan.

If the new college focuses on skill building for adults and avoids duplication of other community colleges’ offerings, he said “it seems to be a reasonable bet they will be successful.” But of course, he added, “the devil is always in the details.”

The new college will aim to train people for jobs that pay at least $30 an hour plus provide benefits, Hiles said. But the learning should help workers to remain nimble and ready in a changing economy, she added.

“This is probably not your final job,” she said of potential students. “This is your first job on a path way to staying employable.”