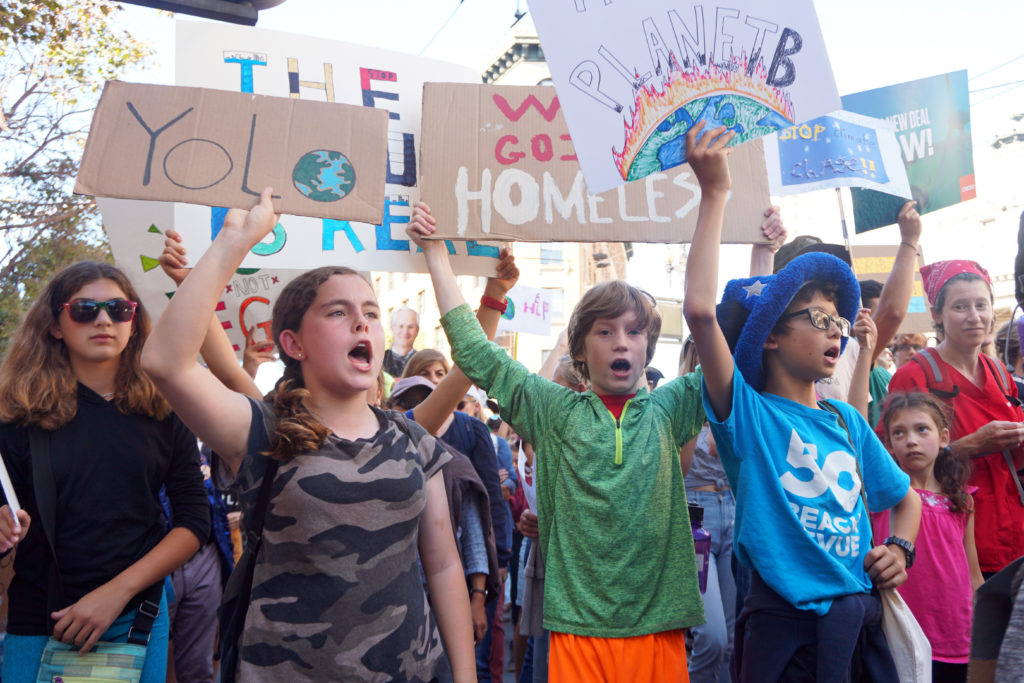 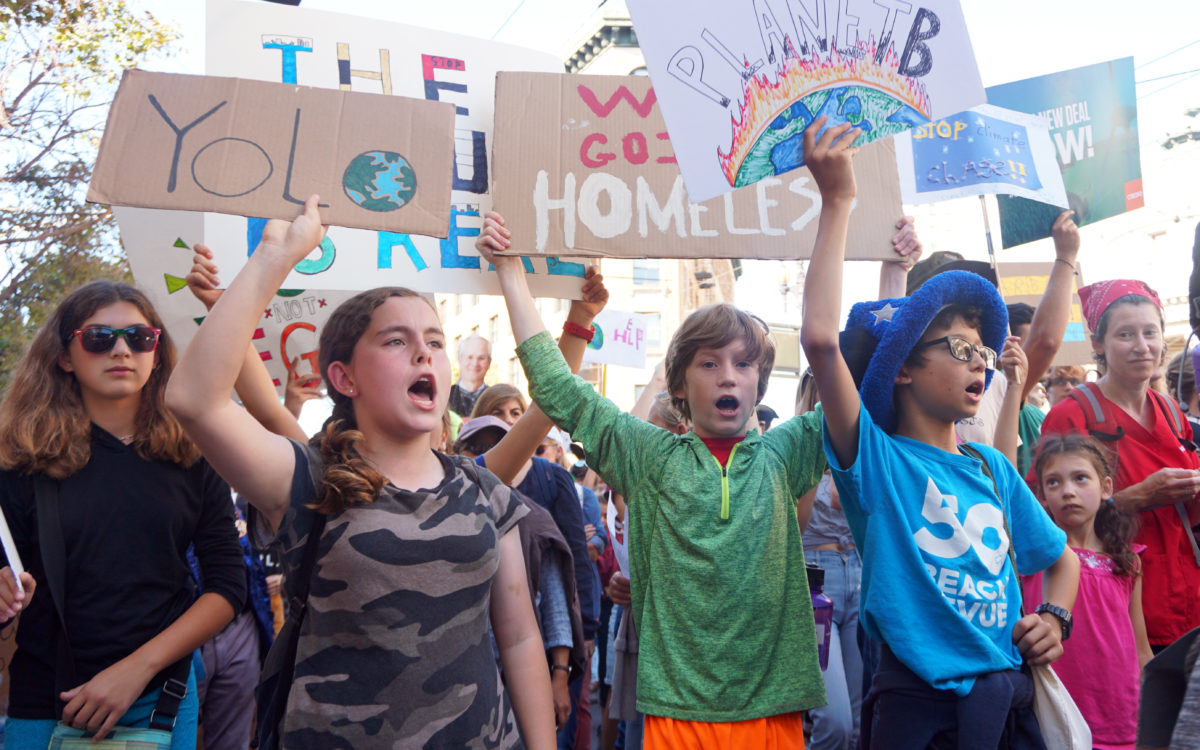 The 8th-grade students of science teacher Lanna Togami have been learning about climate change and on Friday they got a hands-on lesson about how to make a difference.

Togami and 32 students at Bancroft Middle School in San Leandro Unified joined thousands of students, teachers, parents, administrators and other community members from around the Bay Area in a strike against climate change in San Francisco. It was one of nearly 100 student-led protests happening across California on Friday.

Students from San Diego to Crescent City participated in the strikes demanding that government and corporate leaders take action and adopt policies to stop climate change (you can find a map of the strikes in California and beyond here).

The strikes are part of the Global Climate Strike, which is already one of the largest environmental protests in history. More than 5,000 youth-led protests took place on Friday around the globe leading up to the United Nations Climate Action Summit being held in New York next week. A second strike is planned for Sept. 27.

“I want to make sure the planet is livable for my children and generations to come,” said Berkeley High School senior Roxanne Ferentz, who attended the march in San Francisco on Friday. “But at the rate we are going, it’s scary. We need to take care of the planet.”

Today, youth and environmental justice leaders are organizing a #ClimateStrike in Los Angeles.

#ClimateStrike in Davis California this afternoon. A huge turnout for a college town with less than 70,000 residents – especially before students return from summer pic.twitter.com/7mjupf1oZu

Students in San Francisco said that climate change is already impacting their lives, pointing to wildfires in California and increased hurricanes in other parts of the country. Protesters marched downtown, stopping outside the offices of Rep. Nancy Pelosi, D-San Francisco, and Sen. Dianne Feinstein, D-Calif.; Amazon Go; PG&E and Immigration and Customs Enforcement.

Youth vs. Apocalypse, a Bay Area-based youth-led climate justice group that helped organize the San Francisco event, distributed a list of demands that included having Feinstein, Pelosi and all California congressional representatives endorse the Green New Deal, a sweeping resolution that aims to combat climate change. They are also calling on officials to vote no on any funding for Immigration and Customs Enforcement, citing that some families displaced by the effects of climate change seek asylum in the United States.

“If you’re fighting climate change, you’re not fighting against anybody,” said Margaret Kunecky, a student at Alameda Science and Technology Institute in the Alameda Unified School District. “You’re fighting for all people because we will all be affected.”

Several students said they have been learning about the global strikes in class as well as one of its lead organizers, Greta Thunberg, a 16-year-old Swedish activist.

New York City Schools announced last week it would excuse absences of students who were participating in the climate strike. But many California districts, including Oakland and San Francisco Unified, are not excusing absences for students who choose to walk out, the San Francisco Chronicle reported.

Virgyl Basas, a senior at San Francisco School of the Arts, said he almost didn’t come because he would have to miss a test in AP government. But he decided it was worth it. “Tests won’t matter in the future if there isn’t a future,” he said, adding that most teachers at his school were supportive of students walking out for the strike.

Other schools, like Bancroft Middle School in San Leandro Unified, had field trips approved in order to bring students in an organized group.

“This is a historical youth event and our students really wanted to go,” said Togami, who added that the field trip allowed for some students who might not otherwise have a way to go to attend. “In order to make a movement more diverse, you need to have access. This is providing that access.”

Susy Jeng, a parent of two students ages 8 and 11 in San Francisco, brought her children to the protest. “In the grand scheme of things,” she said, “taking kids out of school is worth it to fire them up about this.”

Some administrators marched alongside their students, too. “I get emotional seeing so many students together. You can see the magic in the students’ faces,” said MaryBeth Ventura, middle school division head at The Berkeley School, a private K-8 school. “We teach our students that they have a voice. This is a learning experience for them.”