California schools closed for unprecedented number of days due to fire, power outages 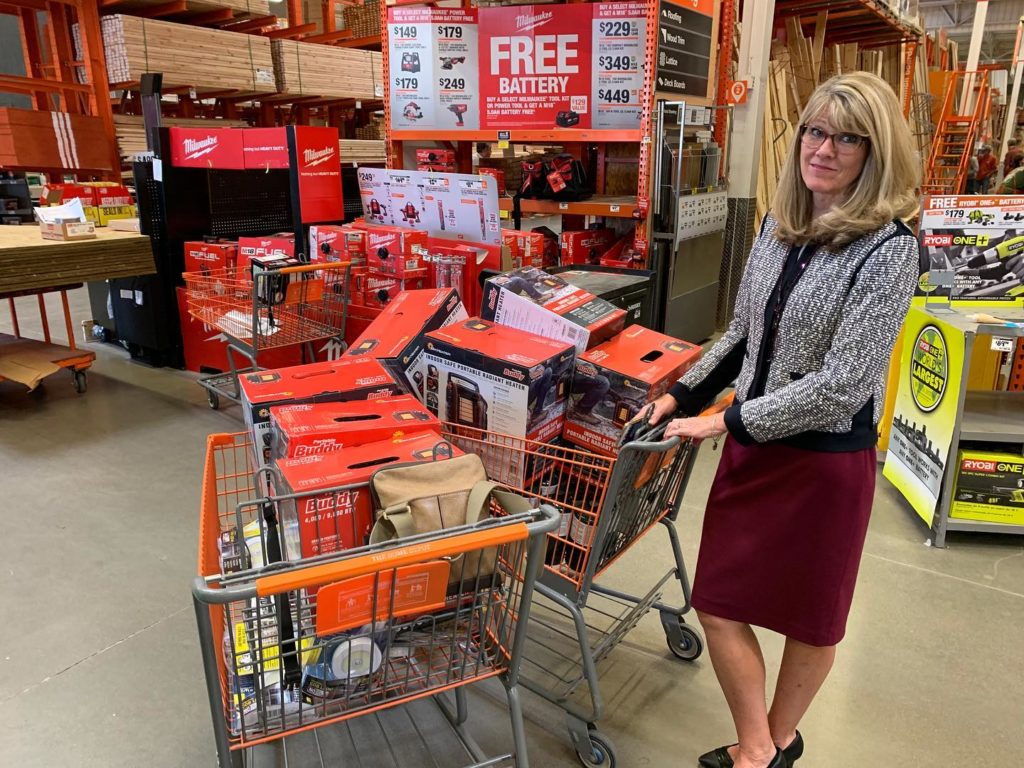 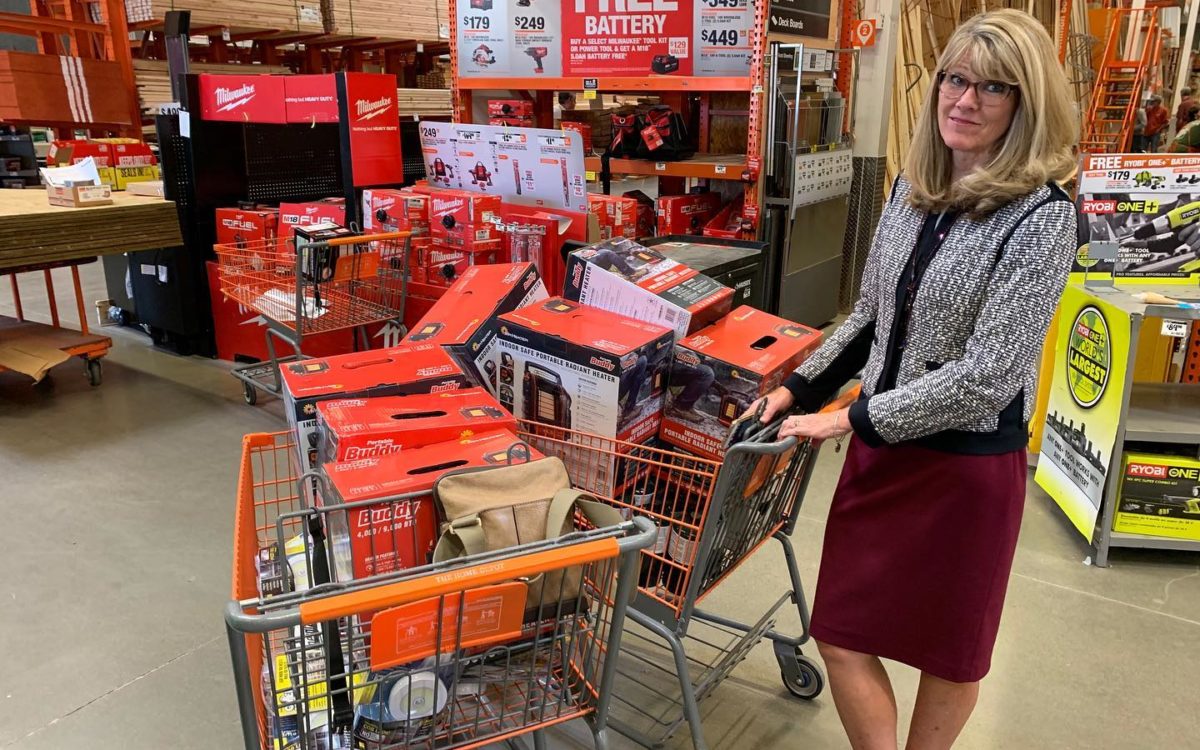 Multiple years of destructive wildfires and planned power outages have closed California schools for an unprecedented number of days, leaving school districts and the state struggling to adjust to what many call the “new normal.”

In the last month more than a thousand schools were closed for multiple days, robbing students of education hours and leaving school districts worried about losing state funds, which are based on student attendance.

In October more than a dozen large wildfires, including the Kincade fire in Sonoma County, swept through the state burning over 110,000 acres, according to the California Department of Forestry and Fire Protection.

Pacific Gas & Electric and Southern California Edison cut power to millions of Californians over multiple days to avoid the risk of sparking fires with their equipment during high winds. Both utilities have had a role in igniting fires that burned hundreds of acres in recent years.

Seven fires of various sizes were still considered active across the state on Tuesday. Some schools, evacuated because of wildfires, have been closed for more than a week.

Planned power outages and fires closed 1,510 schools, serving more than 587,000 students, between Oct. 23 and Nov. 1, according to Scott Roark, spokesman for the California Department of Education.

On Oct. 30 alone, 666 California schools were without power. Of those, 222 remained open. That same day 370 schools — some without power — were also closed because of wildfires, according to the California Department of Education.

“I think in those areas specifically served by PG&E we all feel a need to develop a plan,” said Superintendent Ron Carruth. “They have said publicly that this is a condition that will exist for the next 10 years. We have to find a way to not be dependent on PG&E, so we don’t have a school year disrupted like we had for the last two weeks.”

The El Dorado Union High School District will put a $120 million facilities bond on the ballot on March 3 that, among other facilities upgrades, will allow the district to purchase generators and backup batteries to keep the electricity on during power outages, Carruth said. He said the district will be eligible for matching funds from the state if voters passes a $15 billion statewide facilities bond in March.

Carruth said the district canceled school on more days this year than it has in the past 20 years.

“We determined, based on input with all of the principals, because of darkness in the morning, cold in the morning, absence of fire alarms and bells that we couldn’t safely open schools without power,” he said.

Some students were without power in their homes at times their schools had power, prompting principals and district administrators to open locker rooms for showers and to set up charging stations for electronics. Hot breakfast was served to the students as well.

“We did anything we could do to help them manage this outage,” Carruth said.

The shortages have been particularly difficult for students in poorer districts who rely on free and reduced-priced meals, Roark said.

“School closures affect families differently,” said Tony Thurmond, state superintendent of public instruction, in a statement. “Some families may not be able to make arrangements to stay home with their children or have healthy meals available at home. These students may be the same students that need school the most.”

School districts hit by the outages struggled to keep food from spoiling. El Dorado Union High School District trucked food from schools without power downhill to Oak Ridge High School in El Dorado Hills, which only lost power to part of its campus on a single day. The district had to discard food that could not be used by the time-stamped freshness date and couldn’t take delivery on fresh food while schools were closed.

“You can’t confirm the power is going on until late in the afternoons, so coordinating deliveries is very challenging,” Carruth said.

District staff kept schools open for its 3,700 students all but the first few days of the public safety power shutoffs by using lanterns, space heaters and a handful of generators.

“We decided to get creative if this was going to keep happening and we bought space heaters and additional generators and ordered Porta Potties,” Olsen said. The portable bathrooms were for two school sites that required electricity to pump water uphill.

There is a common misconception that a generator can power an entire school, Olsen said. The district has a handful of generators, which will be used to get water to the two school sites as well as to keep school offices and the district’s transportation office running, Internet systems up and to power space heaters to warm classrooms before school starts, she said.

“It’s quite an ordeal when the power goes out,” she said. “We purchased and ordered several more generators.”

One of the problems with opening schools during a power outage is the lack of fire alarms. Schools without functioning alarms are required to hire someone as a fire watchman to walk the entire campus continuously during the day to look for fire danger. Rescue Unified used school employees to fulfill that requirement.

Rescue Union also is seeking a $74 million facilities bond in March, a portion of which could be used to buy generators or solar equipment to keep schools open during future power outages.

Rebekah Rocha, principal of Cesar Chavez Language Academy, a TK-6th-grade charter school in Santa Rosa, worried Tuesday about what her staff would encounter when the school reopened. The school was closed last week during the Kincade fire.

The students at the school had been through this before, when the Tubbs Fire burned 36,807 acres across Sonoma, Napa and Lake counties in 2017. The smoke in the air on the last day school was open before it was evacuated last week had many students on edge and complaining they didn’t feel well.

“I think it was the stress from what happened two years ago,” Rocha said.

Districts that have lost school days due to power outages or wildfires can file a waiver that will allow them to receive full funding and to reduce the required 180 days of student instruction, Roark said.

Districts that have emergency days built into their calendar must use them before filing for the waiver, Roark said. Looking to the future, the state is encouraging school districts to build emergency days for power outages and fires into the school calendar, much as some districts do for snow days, he said.

But deciding whether to stay open or close when the air is too smoky or there is no power is up to each school district. “We are a local control state, we can’t tell people what to do,” Roark said.

Instead, the Department of Education is asking district leaders to consider factors like access to the school, whether the site can maintain fire and safety monitoring and whether low-income families would have options for child care if they close during power outages.

“Our conversations with districts cover everything from where we look to find backup generators to questions about how will they be impacted in terms of revenue if they have to close,” said Thurmond on Tuesday. “We provided information that really spells out how to safely make the decision about when it’s OK to remain open and when to close.”