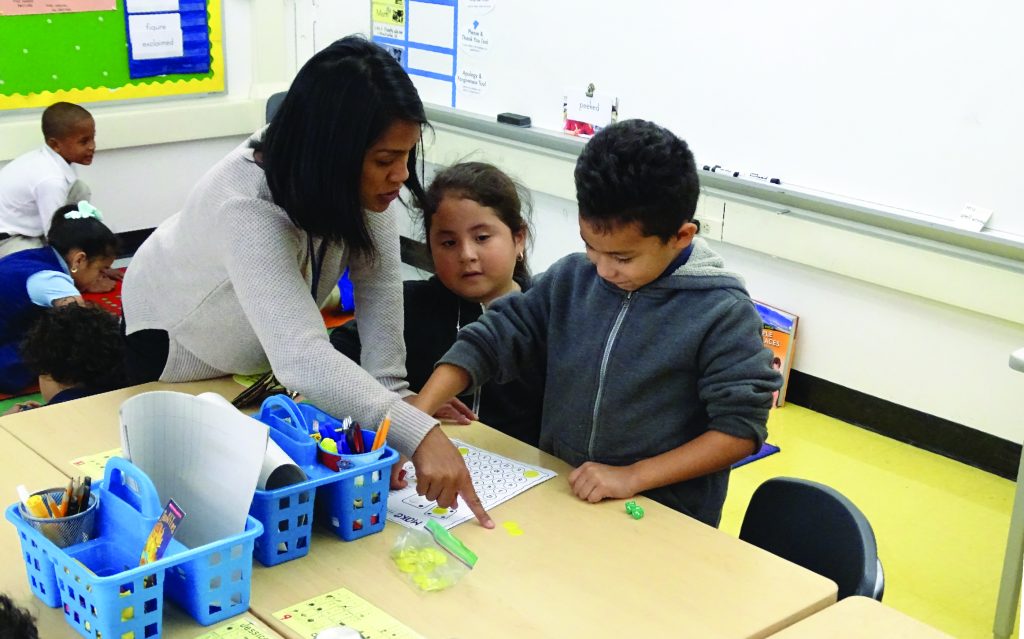 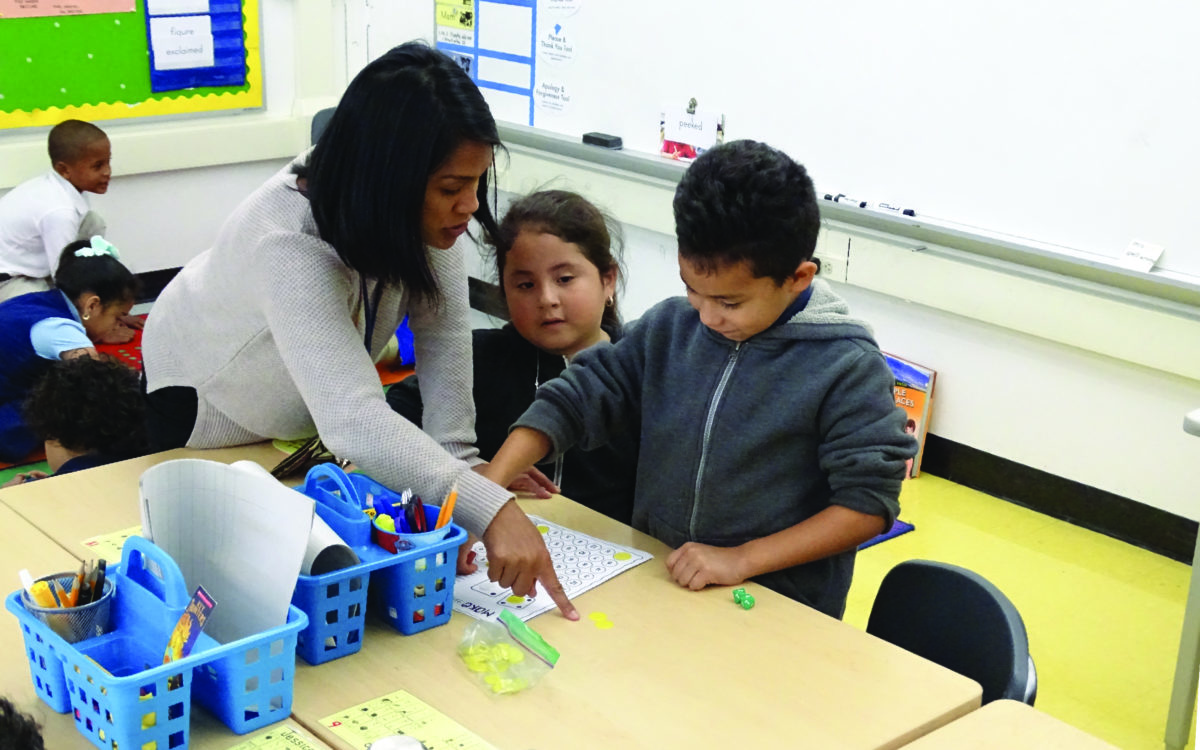 Across California, more than 190 school districts are electing board members to represent specific geographic areas in hopes of improving the representation of diverse communities.

The West Contra Costa Unified district in the Bay Area is one of the most recent to make this change after it faced a lawsuit that alleged “at large” elections in the district that serves about 29,000 students in Richmond and surrounding areas did not give African-American and Latino voters adequate representation on the five-member board.

Richmond resident Linda Ruiz-Lozito sued West Contra Costa Unified last year, claiming that the election of school board members from the entire district violated the 2001 California Voting Rights Act because some minorities lacked the voting power to elect board members that represent their interests.

She also argued that winners came from the district’s affluent areas with significant financial backing from special interest groups. She hopes smaller voting districts will make it easier for candidates to run successful grass-roots campaigns. Smaller voting districts should help level the playing field, she said, because each candidate will only need to reach about 25,000 voters instead of 125,000 voters, which could be accomplished with less money.

Over 12 years, the district has seen its Latino population increase from 28 percent in 2005 to 39 percent in 2017, according to the U.S. Census American Community Survey. The percentage of whites dropped from 29 to 23 percent and African-Americans dwindled from 21 to 13 percent, falling below the Asian population, which held steady at 19 percent.

The majority (54 percent) of the 31,600 students who attend district and charter schools in West Contra Costa are Latino.

Morgan Kousser, a professor of history and social science at the California Institute of Technology in Pasadena who has testified as an expert witness in some California Voting Rights Act cases, said 194 of the state’s approximately 1,000 school districts have converted from “at-large” elections since 2008. Another 67 districts, such as Los Angeles Unified, held elections by voter district prior to 2008, he said. 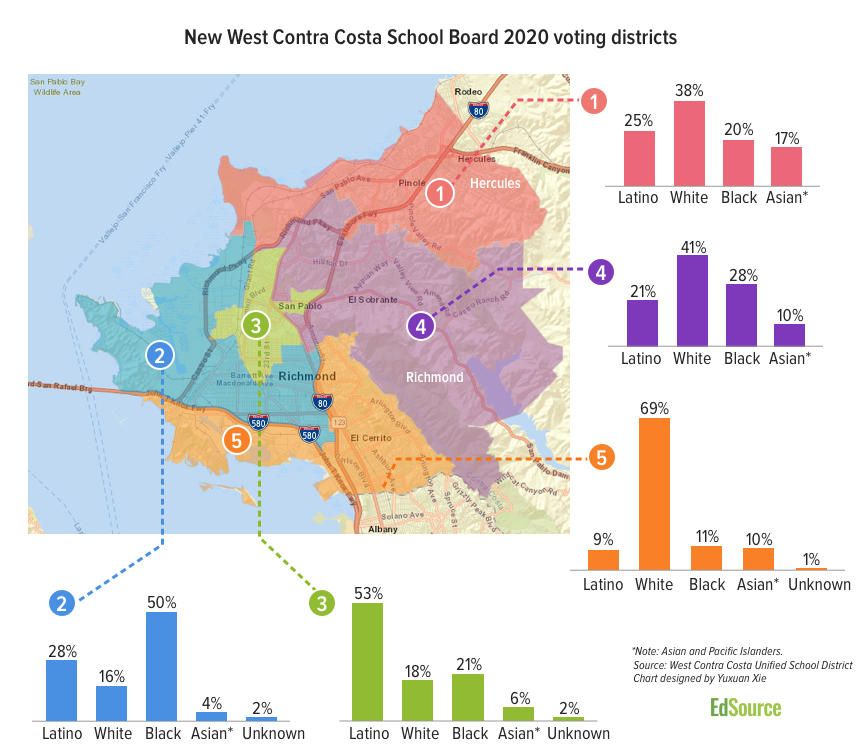 The southernmost district in El Cerrito is majority white, while the other two districts in the northeastern section of the district, which include the cities of Hercules and Pinole and the eastern portion of Richmond, have more diverse voting populations where no one group makes up a majority.

All board member seats will be up for re-election in 2020, according to the new map which will be subject to change again following the 2020 census.

After Walnut Creek attorney Scott Rafferty filed the lawsuit representing Ruiz-Lozito, the district board agreed to let voters decide whether to convert to district area elections.

But the Contra Costa County Board of Education’s Committee on School District Reorganization rejected the board-approved maps, after dozens of community members objected to them. 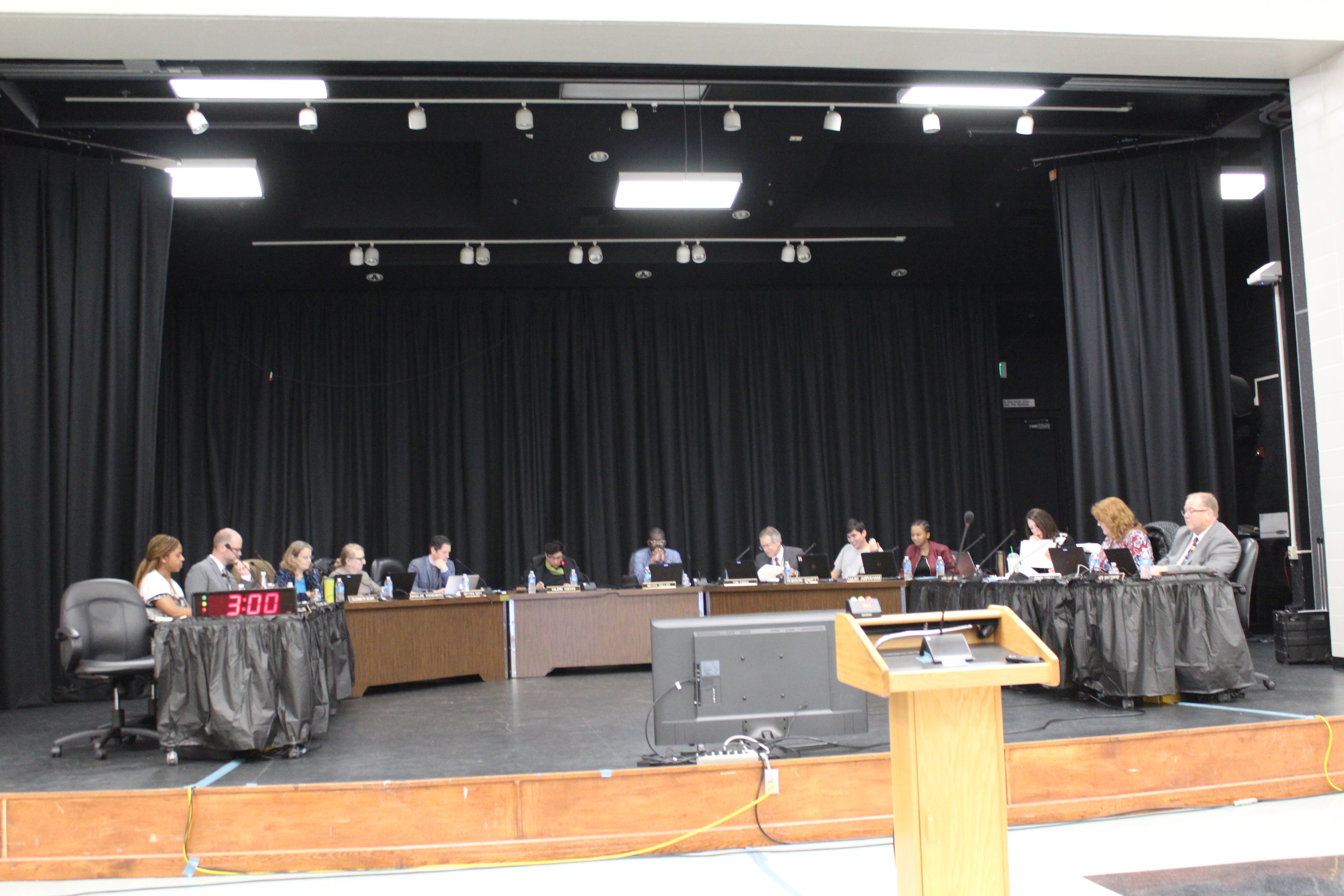 The board then voted to settle the lawsuit.

“Now, they’re working for kids and voters and not the special interests that fund your campaign if you run at-large,” Rafferty said of board members who will be elected based on the new voting map.

Most of the other districts in the state that have converted to district-area elections did so without entering into costly litigation. For the San Ramon Valley school district, the county’s Committee on School District Reorganization approved its proposed maps on March 11 and the California State Board of Education approved a waiver on Wednesday that allows the district to convert from at-large elections in 2020. The district will be divided into five voting districts and each will elect its own representative.

“So, they went up four times as fast in school districts that switched,” he said, explaining that the change has helped boards to reflect the changing demographics of their districts. 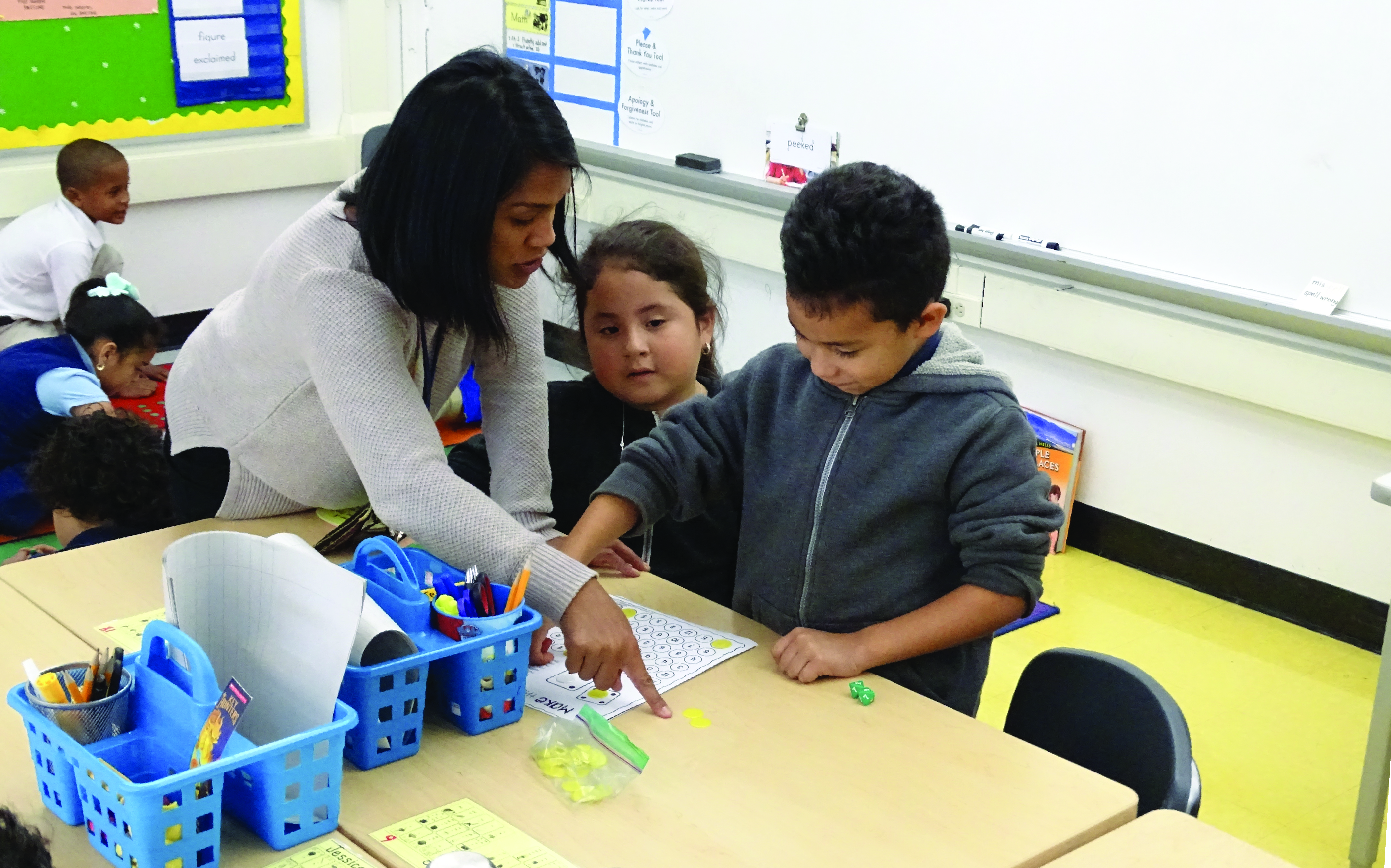 In the district’s November at-large election, two white incumbents lost their re-election bids to Latina challengers, while the Latina incumbent was re-elected, resulting in a Latina board majority for the first time in the school district’s history.

The outcome led some community members to conclude that voter polarization did not exist and that whites did not enjoy an unfair advantage.

Ada Bustamante, a single mother with four school-age children, said the grass roots parent group West Contra Costa Parents Council supports the change to voting district elections. She said members of the group noticed that the school board has prioritized funding to rebuild certain schools, such as El Cerrito High in wealthier areas where board members receive significant voter and financial support, while leaving schools such as Richmond High in lower-income areas with low voter turnout in disrepair. 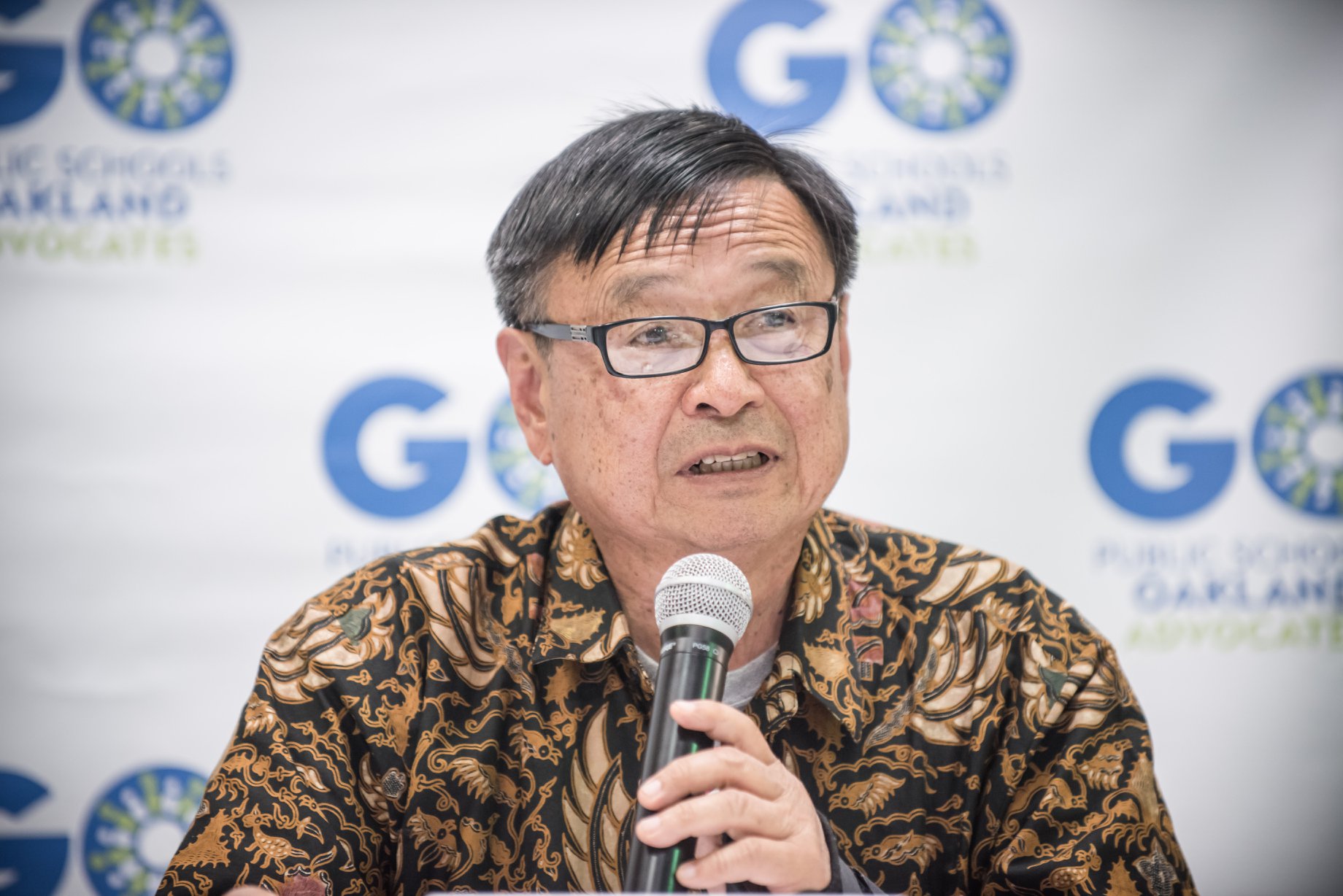 “When we have a candidate for every city and every area, that candidate will be focused on the schools in their area, so we can keep them more accountable for how the money is used,” Bustamante said. “We haven’t had a good education for our kids.”

District resident Scottie Smith said she opposed dividing the district into smaller voting areas because she believes it “dilutes the black vote.” As the Richmond area has become more gentrified, with new development and rising housing prices, she said many African-Americans have moved to other parts of the county or state, leaving fewer African-Americans spread throughout the district.

“The whole process created this divisiveness within this district,” she said. “Now, they have set up a situation where people will be focused on being elected in their areas and they’re not thinking about the larger good. And the same people with money are going to push their candidates.”

But Kousser said each by-district board member will only have one vote, so all board members will need to work together to look at the big picture and do what’s best for all students districtwide.