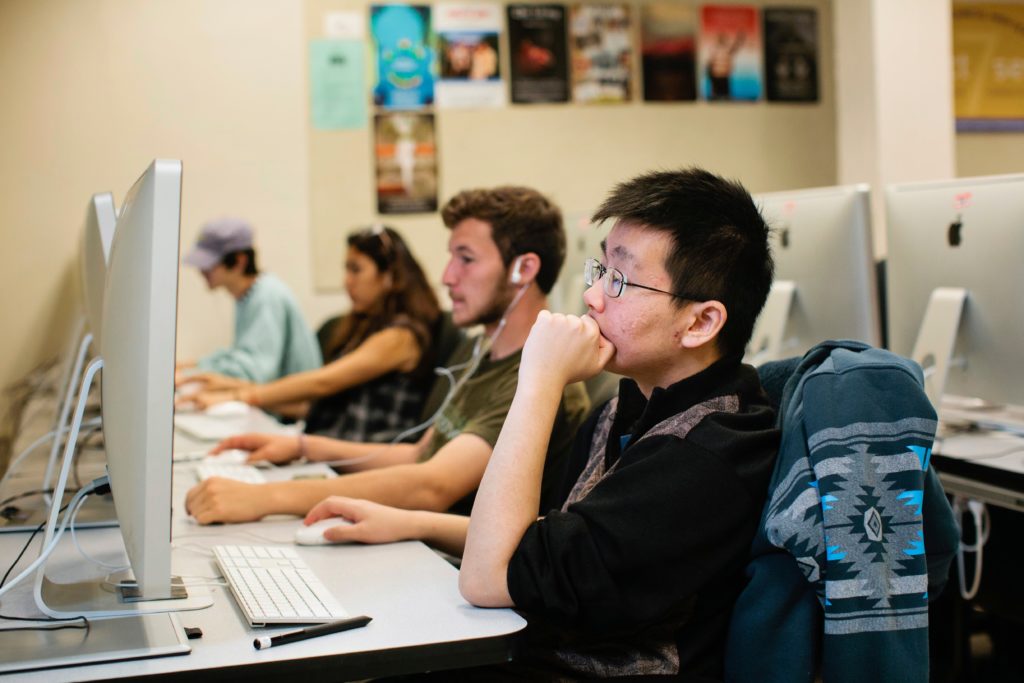 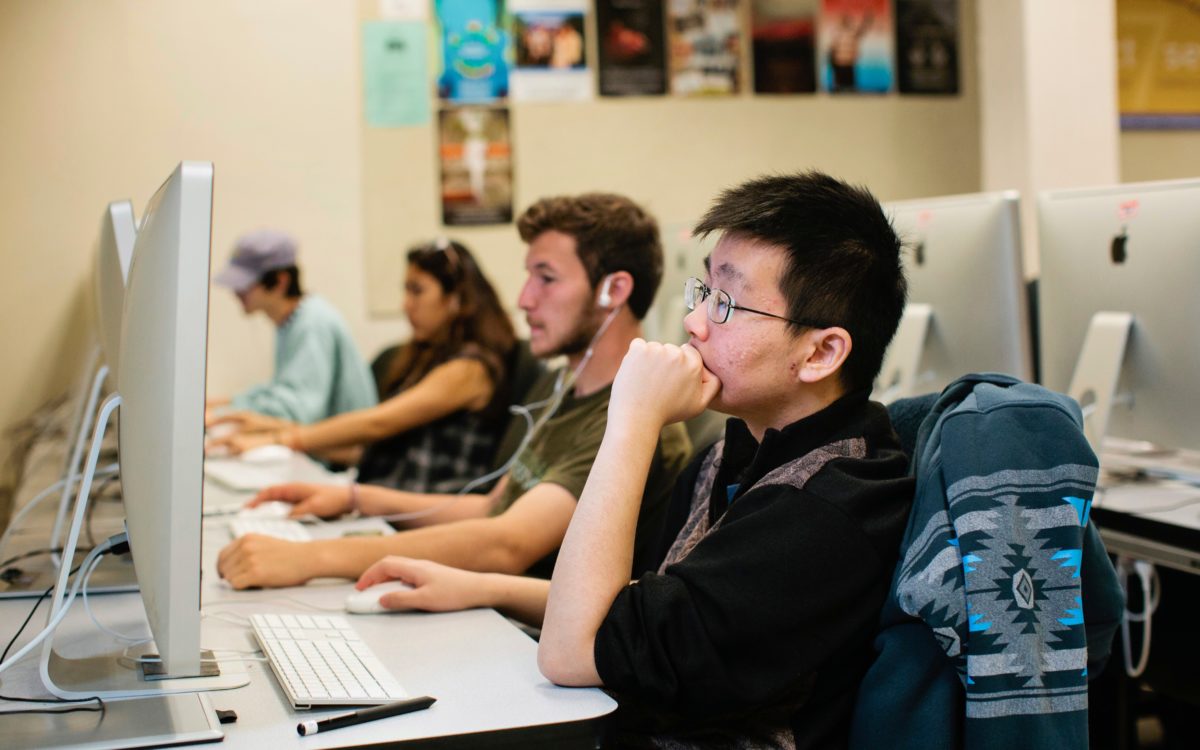 As California’s K-12 system ramps up to expand and diversify student access to computer science, we are drawing attention to a critical pipeline concern.

California’s public higher education systems do not have the capacity now to adequately meet the existing surging student demand for Computer Science majors, a problem which will only escalate further as more K-12 students get access to computer science.

In the past 14 months alone:

Each of these aligned state policy levers will build K-12 momentum for bringing computer science into the curricula, which will have the effect — along with the attractiveness of computer science careers and salaries — of further increasing student interest in a computer science major in college.

But in 2017 the national Computing Research Association released Generation CS, a report documenting the surging demand by students for computer science majors in both public and private universities across the country.

Our initial look at data for California indicates this is true as well for all three of California’s public systems of higher education.

An in-depth analysis for the California State University system found that over the past decade, especially the past five to six years, there has been a dramatic surge in student interest in pursuing computer science at CSU. 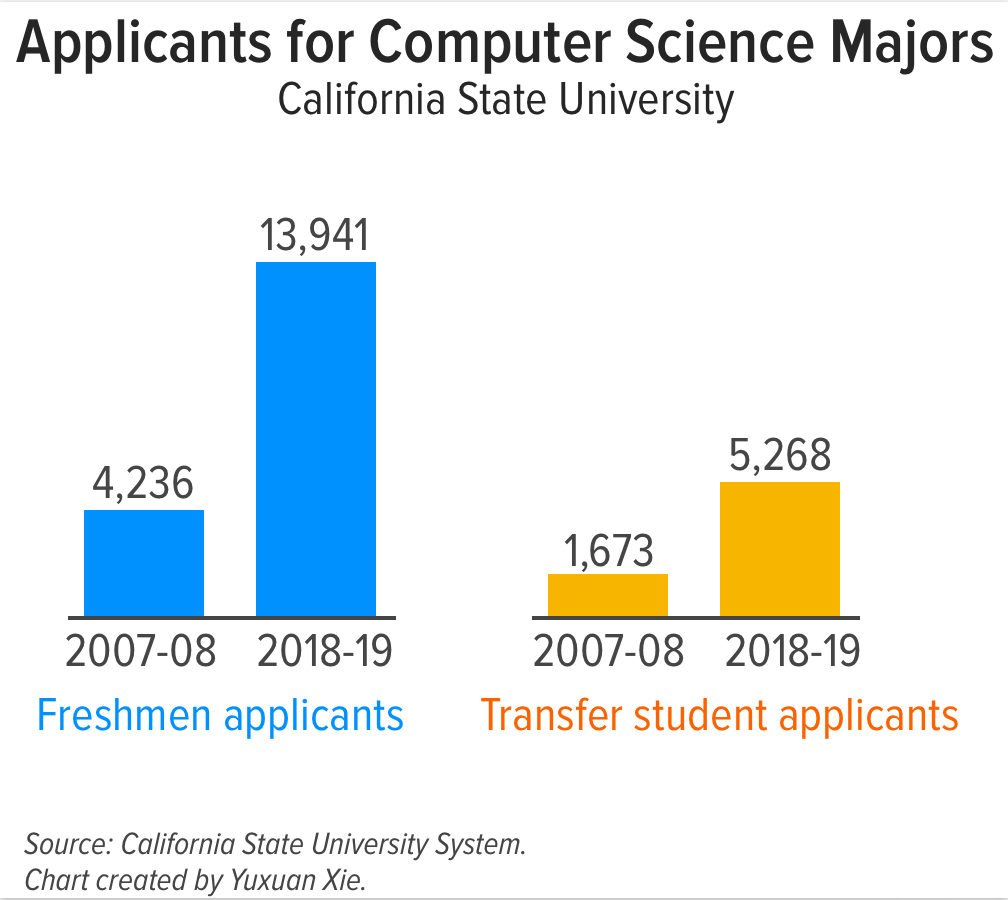 During this same decade, the CSU system has seen its total applications for a computer science major, which includes duplicate applications submitted by students to multiple CSU campuses, increase from 8,931 in 2007-08 to 44,452 (397 percent) in 2018-19.

These astounding increases in the numbers of applications reflects an increase in numbers of students wanting a computer science major as well as an increase by students submitting duplicate applications to multiple campuses because of the increased competitiveness of admission to the major.

This has the effect of making it more difficult for students in a computer science major to get the courses they need when they need them. Also, this disproportionately impacts lower income students who may be less well-prepared, preventing them from getting into and succeeding in upper division computer science courses.

In response to inadequate capacity to respond to surging student demand, criteria for admission into a computer science major at the UC and CSU have necessarily become increasingly selective. Every UC campus, and 9 of the 23 CSU campuses, has now declared computer science departments as “impacted” — restricting their admissions.

California’s public college and university computer science capacity challenges are big, growing and complex. State funding is a contributor: between 1976-77 and 2016-17, higher education funding for all three systems combined fell from 18 percent of the state’s total budget to 12 percent.

Departments also have the challenge of being able to recruit and retain Ph.D. faculty in computer science: more than 60 percent of computer scientists with Ph.Ds. or master’s degrees go into industry where the pay is significantly higher.

Our workforce needs both more computing talent and more diverse talent in terms of ethnicity and gender — and our low-income students and those who are first in their families to attend college need access to these jobs and the social mobility opportunities they offer.

These challenges are also a state public education pipeline concern. State political and educational policy leaders, as well as public higher education institutional and campus leaders, need to ensure that all students with an interest in studying computer science in college have access to viable pathways to get such an education and be prepared to compete for opportunities in California’s growing tech economy irrespective of their geographical location or socioeconomic status.

Otherwise we run the risk of generating enthusiasm for computer science among our K-12 public school students without expanding the ability of our colleges to admit and graduate more computer science majors — which will only heighten the existing capacity crisis.