Above: Barstow is isolated halfway between Los Angeles and Las Vegas, with desert and mountain vistas.

It’s been nearly two decades since the California State University opened a new full-service campus. That was its 23rd, CSU Channel Islands, built in Camarillo north of Los Angeles on the sprawling grounds of what used to be a state mental hospital.

Now, with many CSU campuses overcrowded and demands from some regions for better access to higher education, the Legislature has funded a $4 million study to see whether — and where — a 24th campus for 8,000 students may be built. Possible locations for a new billion-dollar campus include Stockton in the San Joaquin Valley; Concord, east of Oakland; Chula Vista, south of San Diego; Palm Desert or another spot still to be named. Or the university system and state government may decide to avoid that massive investment and expand other options like online learning to enroll more students.

A CSU planning document outlining the study says it will seek to find “the least costly solution to most quickly deliver education to drive economic development and recovery.”

Whatever the result, it will surely have major implications for thousands of future students, whether they enter CSU directly out of high school or transfer in from one of California’s community colleges.

The choice will be watched closely in isolated rural areas which have relatively low transfer rates from community colleges because, in part, they are beyond reasonable commuting distances to a CSU or University of California campus.

If a CSU were built in the Stockton area, many more students there would attend a CSU directly out of high school or as a community college transfer, according to Kathy Hart, who for seven years (until this fall) was the president/superintendent of San Joaquin Delta College there. Now, too many “just think they can’t go. It’s hard for them to get to Turlock (home of CSU Stanislaus). It’s hard for them to get to Sacramento. It seems almost impossible even if it really isn’t. They have too many barriers. A lot have jobs, have kids and often don’t have reliable transportation,” she said. Her community college has a 33 percent transfer rate among students who began planning to transfer.

Among the most important factors in the CSU location study will be projecting regional demand for university enrollment, based on demographics of children who are now in kindergarten, according to Elvyra F. San Juan, CSU’s assistant vice chancellor of capital planning, design and construction. Then the study will see how much existing campuses can be expanded or used better to meet population growth. The analysis will also estimate how many students will be taking the right high school courses to become eligible for CSU admission, she said.

Workforce needs and economic development potential will figure in too. The initial planning document said considerations must include “anticipated benefits to local schools, regional economy and students across the state.”

Of course, so will costs of acquiring land and, even if property is donated, constructing classrooms and student centers. The study will estimate “not just capital costs to open but to go to an administratively efficient size of about 8,000,” San Juan said. That means hiring faculty, counselors, janitors and security guards.

The CSU recently contracted with the HOK architectural and planning firm to guide the study. Gov. Gavin Newsom’s original focus was on just the Stockton area but the Legislature approved a broader statewide sweep, with a deadline of summer, 2020 for a possible site recommendation, if any. Then the CSU Board of Trustees, the governor and the Legislature will weigh in, along with local authorities. 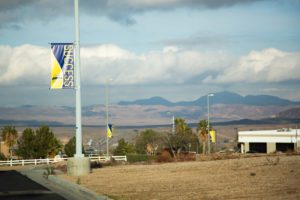 Just being remote from a state university, such as Barstow in the High Desert or Quincy in the Far North, won’t be enough to win any contest, although unfilled need will be examined, officials said. The big question for such areas will be, according to San Juan: “Is there enough demand to support an institution?”

In the past, new full campuses were built in areas already served by older campuses’ satellite centers that mainly cater to working adults attending part-time. That way, new campuses grew from existing enrollments and relationships. For example, Channel Islands was born out of a CSU Northridge satellite and another in San Marcos from a satellite in San Diego State.

A similar analysis would seem to favor Stockton, which has a satellite center of CSU Stanislaus; Palm Desert, with a CSU San Bernardino center or Concord, with an outlet of CSU East Bay.

However, the state Legislative Analyst’s Office (LAO), in a 2017 report, said new CSU or UC campuses are not warranted at this time. It contended that projected enrollment growth could be accommodated by better and increased use of current facilities, including more summer and weekend classes and by building more on current campuses.

Jason Constantouros, an LAO principal fiscal and policy analyst who worked on that report, said he does not think the conclusions have changed in the past two years even if enrollment may be growing a bit faster than previously projected.

He acknowledged one factor that local boosters for a campus often emphasize: that the very presence of a new campus in an area far from existing ones likely will boost student interest in attending a university as a freshman or transfer.

But will new local demand be enough for a full campus? Constantouros said the CSU planners face a basic tension: whether “the next campus would be in a higher population area along the coast to mitigate capacity considerations or would it be better to create more regional access” in places like the High Desert, Central Valley or Far North.

“How do you balance the desire to accommodate regional access with the fact that the state’s population is not evenly distributed?”

Similarly, a recent report by the College Futures Foundation said that CSU and UC could make room for an additional 100,000 students by getting current students to graduate faster, operate campuses more on weekends and summers and expand hybrid programs that combine online and on-campus classes. Universities could use available space in community colleges or even high schools to teach bachelor’s degree courses, the report said.

The Oakland-based philanthropic foundation that promotes greater access to higher education did not directly rule out a new CSU campus but said the universities can do much to accommodate demand short of building a new campus.

But building a new university does not guarantee that it will serve mainly neighboring students, said Benjamin Duran, executive director of the Central Valley Higher Education Consortium, an organization that includes colleges in that agricultural region and seeks to promote higher college completion rates. While Central and San Joaquin valley residents fought to get UC Merced established in 2005, a majority of students there now are from the Los Angeles or San Francisco Bay area, he said. Even with state Cal Grants and federal Pell grants, many UC-eligible students in the region feel they can’t afford UC, he said.

As for locating a new CSU in Stockton, Duran said that would not help students in more rural areas beyond a 45-minute drive. Perhaps the universities should establish special van, bus or rail lines to bring commuter students to campuses. Plus CSU should “really invest in quality online distance education so student can take courses where they are.”

Since most places that want a CSU are not likely to get one, more is being done to help students earn bachelor’s degrees.

More community colleges are offering the associate degrees for transfer, which streamline and guarantee entrance into a CSU, potentially lowering costs for students over the long run by avoiding unnecessary classes.

Shasta College in Redding last spring started a program that offers free counseling and academic readiness training to students who finished their associate degree there and are taking bachelor level courses, usually online, from a university. Through that BOLD (“Bachelors through Online and Local Degrees”) program, 13 currently enrolled students also use the community college’s tutoring centers, library, computer labs and health center even though their classes are from another institution. This helps students who live in rural areas without reliable Internet service and adult students who need to keep full-time jobs, according to Kate Mahar, dean of institutional effectiveness there. “It’s about connection to resources,” she said.

The Far North region always hopes for a new CSU or UC but now “recognizes that they are not coming in a traditional brick and mortar way anytime soon,” she said. So, Shasta decided to create alternatives, said Mahar, who also is a regional coordinator for the community colleges’ guided pathways, the programs that keep students on tracks for their degrees.

Another model is offered at Lake Tahoe Community college: a transfer center on its campus where bachelor’s degree students can take online and some in-person classes that are offered in partnership with Brandman University, which is headquartered in Orange County, and Washington State University’s Global Campus. “That is really cool model to address the transfer issue: how to make BA’s more accessible in these rural areas,” Mahar said.

Leave a Reply to Andrea Mays