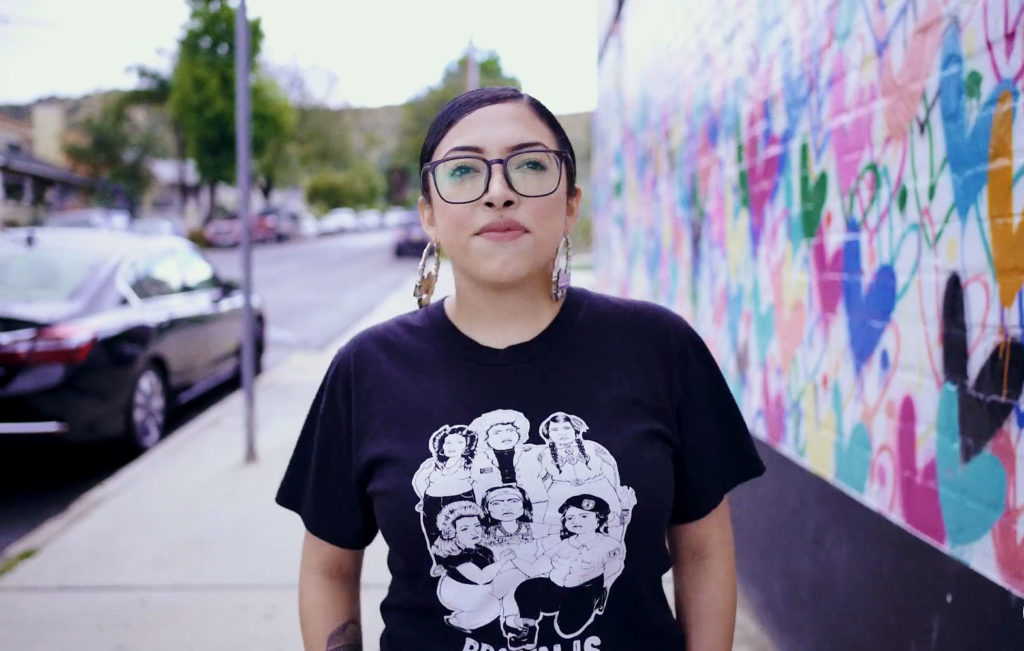 Housing is number one problem for students after leaving foster care 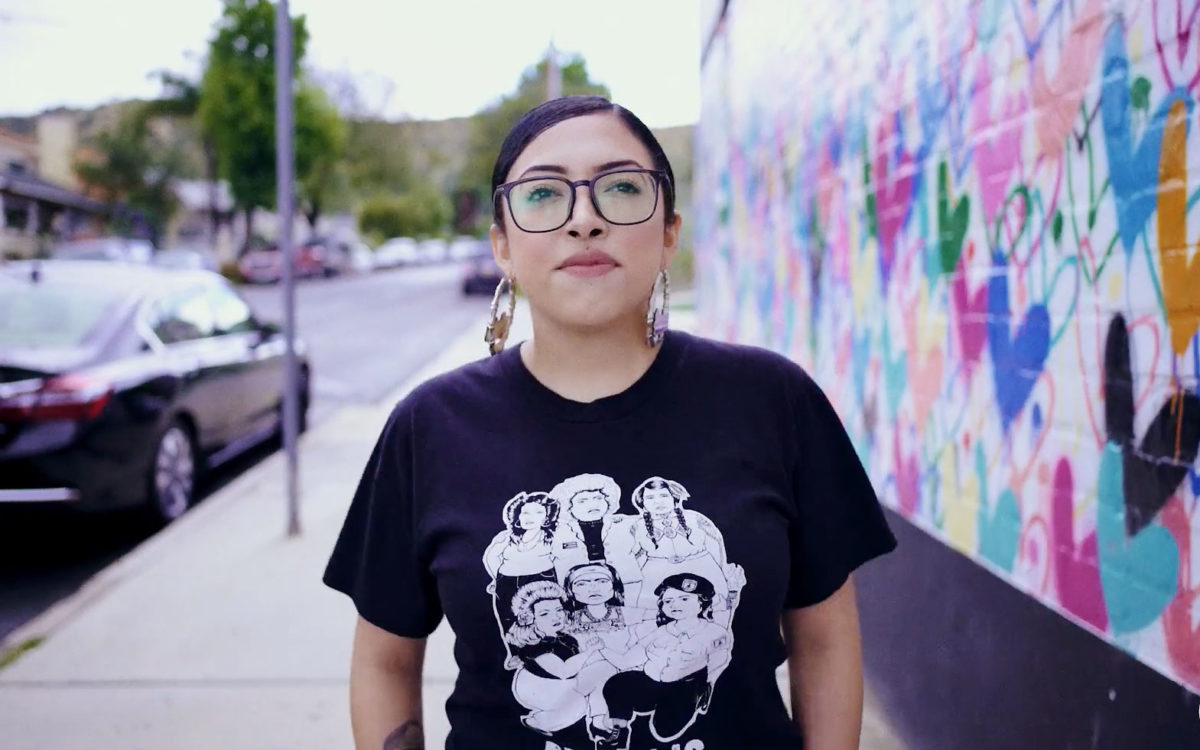 While California’s housing market poses problems for many college students, the challenge is particularly acute among former foster youth, as they prepare to leave the care system and enter the next chapter of their adult lives without built-in support from family.

The state’s community colleges are working to ease that transition through a variety of programs that provide financial assistance for housing, textbooks and supplies, as well as emotional support and counseling.

But they still fall short of meeting the need, and additional state support is urgently needed, say advocates focused on foster student success. Though California in recent years has placed a priority on helping foster students succeed in the K-12 system, the fear is that progress will be undermined if students aren’t able to cope with the real challenges — financial and otherwise — when entering college.

Steven Ambrocio, 24; and Gabriela Vaquerano, 25, both have beaten the odds since leaving the foster care system at age 18. They credit NextUp, a program offered in the California Community College system that was created in 2014 by the state Legislature.

“I know as a former foster youth that we don’t have that particular type of supportive family that we’ve always yearned for,” Vaquerano said. “NextUp is that family and educational support and financial support and mental support you need to help you become that person you want to be.”

Today, NextUp receives about $20 million a year and is offered at 45 of the state’s 115 community colleges, said Colleen Ganley, who leads the system’s efforts to support foster youth.

“We know that foster youth are overrepresented in terms of being housing insecure and homeless,” Ganley said. Within the community college system, up to 25,000 students have identified as current or former foster youth, but only about 3,500 participate in NextUp.

NextUp is one of several programs that target housing for former foster youth. State and county programs help cover the cost of housing, such as the Transitional Housing Program-Plus offered by the California Department of Social Services. And some nonprofit agencies are working to provide new housing for foster youth.

Foster youth already face challenges before they leave the system and are forced to live on their own. Only 53 percent of foster youth graduated from a California high school in 2018 compared to 83 percent for all students. A CalYOUTH study released last year found among those former foster youth who enroll in college nearly half completed their first two semesters.

The rates for graduating college are even lower. Nationally, only 8 percent of foster youth have achieved an associate or bachelor’s degree by age 26, said Debbie Raucher, director of education for John Burton Advocates for Youth, a San Francisco-based nonprofit that advocates for homeless and foster youth in the state.

California’s public university systems can’t provide a graduation rate for former foster students because it doesn’t have a uniform way to track foster youth through the colleges and individual institutions are not required to do so either.

Graduation rates and foster youth are also difficult to track at the community college.

Housing remains the No. 1 challenge foster youth in California face, Raucher said, with many experiencing bouts of being homeless.

And when they face difficulty finding housing, these students often have to make tough decisions between staying in college or moving away to find affordable housing.

““The cost of living in Pasadena is extremely high, especially where the college is situated.”
—Niki Dixon, director of Pasadena City College’s foster youth programs

That was a decision Ambrocio made when he dropped out of Pasadena City College in 2013 because the area was unaffordable. He moved to Los Angeles but didn’t like the hour and a half commute to campus. At the time, Pasadena didn’t offer a program like NextUp.

“I was having a hard time and I didn’t do well at school,” he said. “I was skipping classes, and the only thing on my mind was how could I survive and how could I stop myself from becoming homeless. I left school and looked for a job and focused on work and my income.”

At Berkeley City College, some foster students have had to make tough decisions between attending college or housing.

“I’ve lost students because they had to move because of housing … they can’t afford it,” said Rhonda Johnson, coordinator of the college’s NextUp program. “Sometimes we can help them with a deposit or first month’s rent, but we don’t have any housing.”

Johnson said she knows of at least two students who left the college last year because they couldn’t afford the area’s high rents.

“I’ve had students who have had to choose between working full-time or going to school,” Johnson said. “But particularly for this population, it is asking too much of foster students.”

As a way to help free up money that the student can use on housing, the program can also help with utility bills or car repairs, Johnson said. The amount students receive varies and depend on their financial aid. Last year, 23 students were enrolled in the Berkeley program.

Vaquerano, who found a relative to live with after leaving foster care, got help from Pasadena City College’s NextUp program to pay for living expenses like her cell phone.

“They taught us how to manage our money and helped us understand how we can save and what we can do when we get our first paycheck,” she said.

This year, Vaquerano transferred to San Jose State University to study sociology but she’s still getting help from NextUp.

“I’m still connected to the counselors over there and they still email me and make sure everything is okay,” she said. “It’s not like the (care) system where everything is cut off.”

Ganley says more foster youth need help but the system has no way of knowing who they are.

Other efforts are underway to help provide housing for foster youth.

The Transitional Housing Placement-Plus program provides housing for up to three years for former foster youth between the ages of 18 and 24 (some counties allow 25-year-olds to participate). The state program provides housing through agencies in each county. A second housing program, the THP-Non-Minor Dependent program, is for people aged 18 to 21 who are not independent.

However, funding amounts vary by county and agency and may not cover rental prices. In Los Angeles County, for example, former foster youth can receive up to $2,200 a month but rents are often higher.

Staff at Beyond Emancipation, an agency that provides housing for current and former foster youth in Alameda County, is working on a solution to the housing problem for some of the foster students in the East Bay.

The nonprofit is working with a housing developer to get funding to build 92 apartments for foster youth in the county who are working or going to college.

“It’s a three year project down the line, but if we get our way we’ll be able to provide foster youth in college or building their careers a studio apartment in Oakland for about $400 a month,” said Nella Goncalves, deputy director of Beyond Emancipation which works with about 1,000 young adults each year.

Pasadena City College, which has more than 30,000 students, enrolls about 300 former foster youth including Ambrocio, who after a few years of working in a hospital’s human resources department, decided to give college another shot in 2016. This time, the college could offer him the NextUp program and its ability to help him pay for housing.

“The cost of living in Pasadena is extremely high, especially where the college is situated,” said Niki Dixon, director of the college’s foster youth programs that help about 100 students in Pasadena. “There is a lot of development happening, but it’s all luxury, and it’s not in the reach of students we’re serving.”

Ambrocio decided to return to Pasadena to study biology and the program gave him an advantage he didn’t have before. It provided him with financial assistance and taught him time management skills. It also connected him with counselors who would regularly check up on his progress, he said.

“Working in the hospital allowed me to see the work the nurses and doctors and administration were doing and I found that medicine is my passion,” he said. “Now that I have had a couple of years working and building some income, I decided to come back to school.”

“NextUp allowed me to save up money for rent because through the program I purchased my books and school supplies and it provides food vouchers,” he said.

Since returning to college, Ambrocio’s grade-point average increased from a 1.7 to a 3.2 and he’s scheduled to graduate in 2021. He now works as a surgical nursing assistant in a different hospital and his goal is to graduate medical school.

“Last semester I was able to get straight A’s because I can walk up to the NextUp office and have someone to talk to,” he said. “It might not look like a big deal to other people, but for other foster students and me it is a big thing.”

But Ambrocio is still facing a tough housing market. He’s moving away from Pasadena once again to Los Angeles. The move will put him closer to a job at a hospital, but farther from the school.

“It’ll be a little bit of a longer commute but not hard,” he said. ”It won’t be impossible for me because now I’ve seen that I can go to school.”