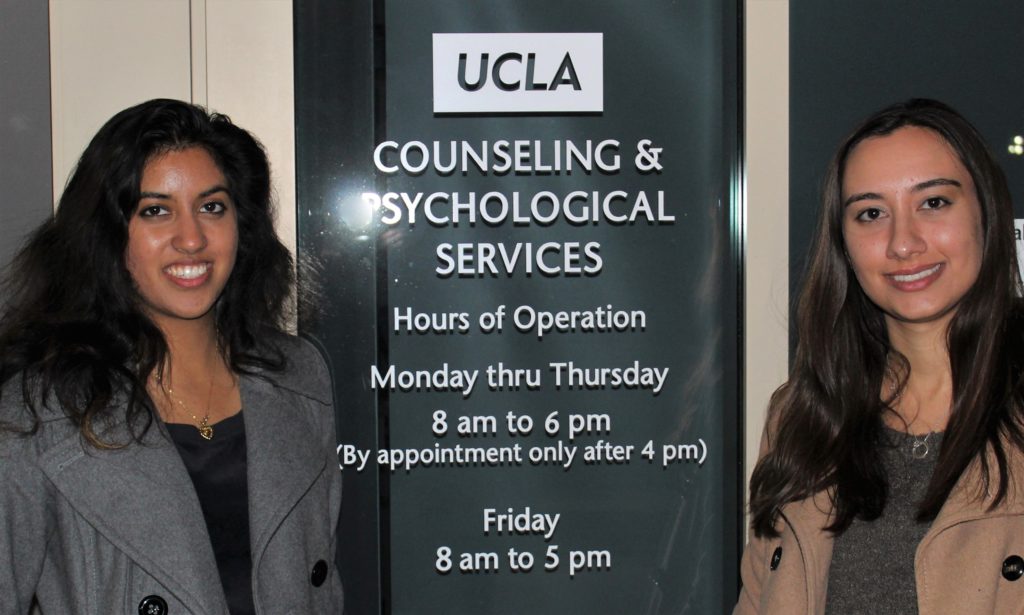 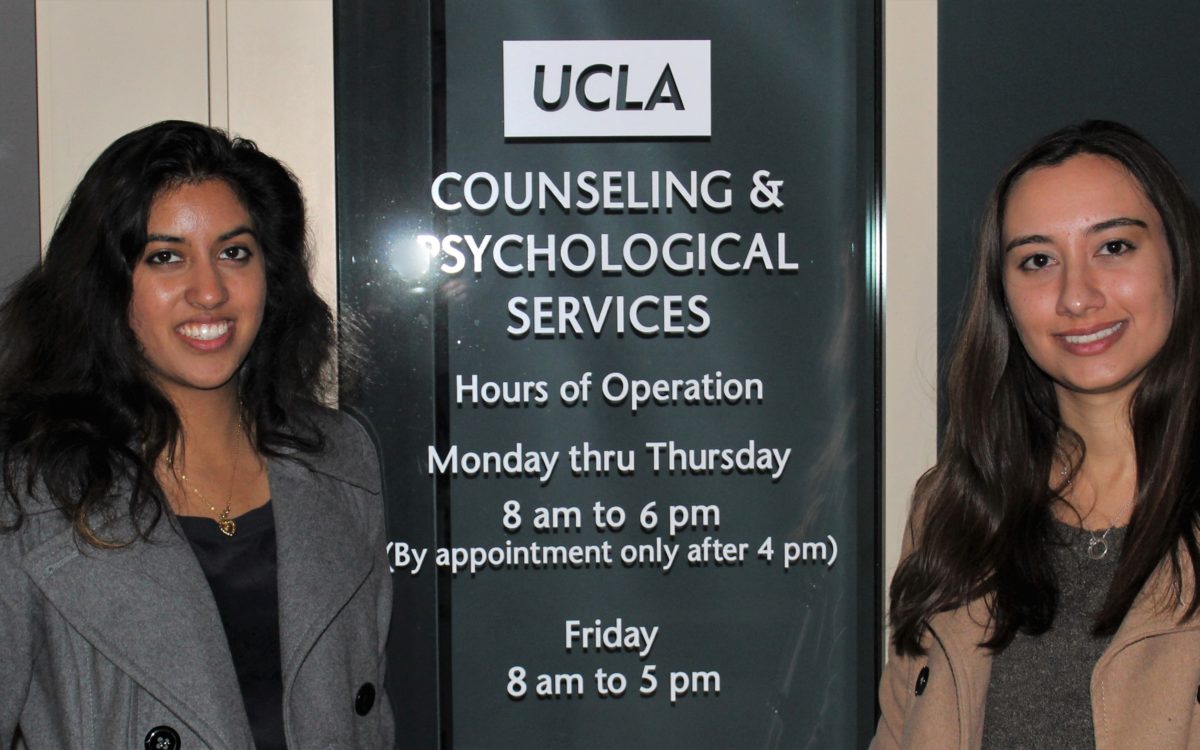 The colleges and universities say the extra funding and efforts are needed to serve the unprecedented numbers of college students seeking help for depression, anxiety, eating disorders and, in some cases, suicidal tendencies.  Setting new record highs, about 13 percent of all University of California students and 16 percent of those at the California State University received some psychological counseling or treatment on campuses last year.

In reaction, schools are hiring more counselors and therapists and starting less traditional and less costly alternatives such as peer discussion groups and online classes that teach ways to relax, improve study habits and counter anxiety.

Whatever the forms, bolstered state and campus support for mental health is welcomed by Ronen Zur, a graphic design student at Santa Monica College. He said he has suffered from severe social anxiety that caused him to drop classes and even drop out of school for a term while receiving private counseling. Recently, to help cope with his father’s death, he started seeing a therapist at the more convenient campus counseling center. “I definitely think it helped me,” he said. “It’s good that it’s there and that it’s a resource we can all use.”

Zur is a member of the local chapter of Active Minds, a national student organization devoted to mental health issues and reducing the stigma of seeking treatment. Chapters exist at 46 California campuses, helping ease what Zur and others describe as “an epidemic” of psychological problems among college students.

At the ten-campus UC system, the number of students seeking mental health services rose 78 percent between 2007 and 2018 while student enrollment for the same period was up 27 percent, according to Taisha Caldwell-Harvey, mental health policy analyst in the UC president’s office.

At the 23-campus CSU system, the number of students seeking mental health services on campus increased about 15 percent over the past two years while enrollment went up less than one percent, CSU statistics show.  (The disparity between UC and CSU reflects the different time periods represented by the data.)

“This generation is the first to spend their entire adolescence with smart phones, less time sleeping and less time with their friends face to face,” said Jean Twenge, professor of psychology at San Diego State University. “It’s all interrelated. There is also an argument to be made that this generation has not had a lot of experience with independence,” added Twenge, who is author of iGen: Why Today’s Super-Connected Kids Are Growing Up Less Rebellious, More Tolerant, Less Happy–and Completely Unprepared for Adulthood.

The numbers of low-income students, undocumented immigrants and those whose families have no past college experience have increased, facing their own academic and social issues, according to Sharon Elise, a CSU San Marcos sociology professor. Elise, who is also an officer of the faculty union, has been vocal about what she sees as insufficient mental health resources, especially small numbers of black counselors.

“It’s not that students are crazy now. It’s that they are dealing with social pressures that students did not face in the past,” she said.

About 63 percent of CSU students reported in the National College Health Assessment survey having felt overwhelming anxiety in the past year, up from about 57 percent in 2016. The share who “seriously considered suicide” rose from 9 percent to 11.6 percent, although only 1.8 percent said they attempted it. (Numbers on actual completed suicides at California colleges are not available.)

Suicide generally is on the rise among California’s young adults, college students or not, reflecting a nationwide trend, according to the U.S. Centers for Disease Control and Prevention. Four hundred and thirty-five Californians between the ages of 18 and 24 killed themselves in 2017. The 2017 suicide rate was 11.5 per 100,000 Californians between 18 and 24, up about 34 percent from a decade prior.

By one widely used measurement, access to mental health services has improved at many California campuses as schools have expanded counseling staffs.

Colleges are trying to meet the standard of one mental health staffer per 1,000 to 1,500 students that is recommended by the International Association of Counseling Services, an accrediting agency.

The UC system’s ratio of professional staff and clinicians to students has improved significantly to 1,168, Caldwell-Harvey said. CSU’s counselor-to-student ratio also has shown progress but still lags at 2,156 last year. “Our ratio has improved but we still have a long way to go and we are looking to make progress,” said Denise Bevly, CSU’s director of student wellness and basic needs initiatives.

At UC, despite the hiring of more counselors and therapists with funds from a 2015 hike in student fees, UC students still may have to wait six weeks or so to get an appointment if they are not in an emergency situation. Waiting times for CSU appointments can be two to four weeks, administrators said.

More help may be on the way. Governor Gavin Newsom’s proposed 2019-20 state budget would add $5.3 million for UC mental health services next school year. Some of the $1.5 million he advocates adding to CSU’s budget to help fund students’ basic needs may go to counseling, although it will compete with programs for food and housing emergencies.

Meanwhile, officials hope that a proposed new law will give colleges more funding for mental health services from Proposition 63, a 2004 voter-approved ballot measure that raised taxes on the wealthiest Californians for public mental health programs.

“Mental health is college success. The two go hand in hand,” said Assemblyman Kevin McCarty, the Sacramento Democrat who is the author of AB 1689, which would create college grants from Prop 63. Providing counseling “helps students graduate on a more timely path. And it frankly helps taxpayers,” added McCarty, who is chairman of the Assembly Budget Subcommittee on Education Finance. While details remain to be worked out, he estimated his plan could produce $10 million to $30 million in grants for colleges.

Such extra money would be “definitely a step in the right direction,” said Shrita Lakshmi Pendekanti, a student who is co-executive director of UCLA’s chapter of Active Minds. Given long waiting lists for non-emergency counseling at many schools, “there is definitely room for improvement” said Pendekanti, who is a fourth-year neuroscience major.

Chloe Beverina, a second-year economics major at UCLA, said she struggled with depression last year and was told at first that she would have to wait seven weeks to see a campus-based counselor. But after pressing for something faster, she was referred to an off-campus psychiatrist who has helped her. Then after the wait, she began seeing an on-campus counselor without extra cost beyond her UC insurance premiums. She was authorized for just six of those sessions a year and parses those out to two each academic quarter.

Beverina praises the campus psychologist. “I walk out of every session feeling like a new person.” But she questions the number of sessions approved by the UC center: “I would say six times is way too little,” she said.

Meanwhile, as alternatives, campuses have started less formal and less expensive programs, such as group discussion sessions about sleep, diet and managing time along with on-line screening and activities to ease anxiety. Campus-based groups like Active Minds sponsor suicide prevention campaigns and conduct relaxation exercises and explore issues of discomfort.

Compared to California’s public universities, mental health services at the state’s 115 community colleges appear to be less consistent. That is in part because community colleges usually do not offer their own health insurance plans. Officials at the California Community Colleges chancellor’s office estimate that 90 of the schools provide some mental health services but said the ratios of counselors to students are not measured statewide.

Still, community colleges this year received about $10 million in regular state funding for mental health programs, more than double that in the year before. And if more Prop 63 money arrives, “it will certainly be a wonderful opportunity for the schools and the students,” according to Colleen Ganley, a student services program specialist at California Community Colleges chancellor’s office.

Alcohol addiction and an eating disorder had interfered with John James’ college education, causing him to drop out. But now in a 12 Step recovery program, the Santa Monica College psychology major is doing well academically. James, who is 29 and vice president of the campus Active Minds chapter, has taken advantage of psychological counseling on campus.

Although things are improving, colleges still don’t give enough attention to mental health, he said. College students these days, he said, face “so many ways to feel insecure, to feel you are not enough.”