Assembly vote could come as early as next week. If it passes, Newsom expected to sign it. 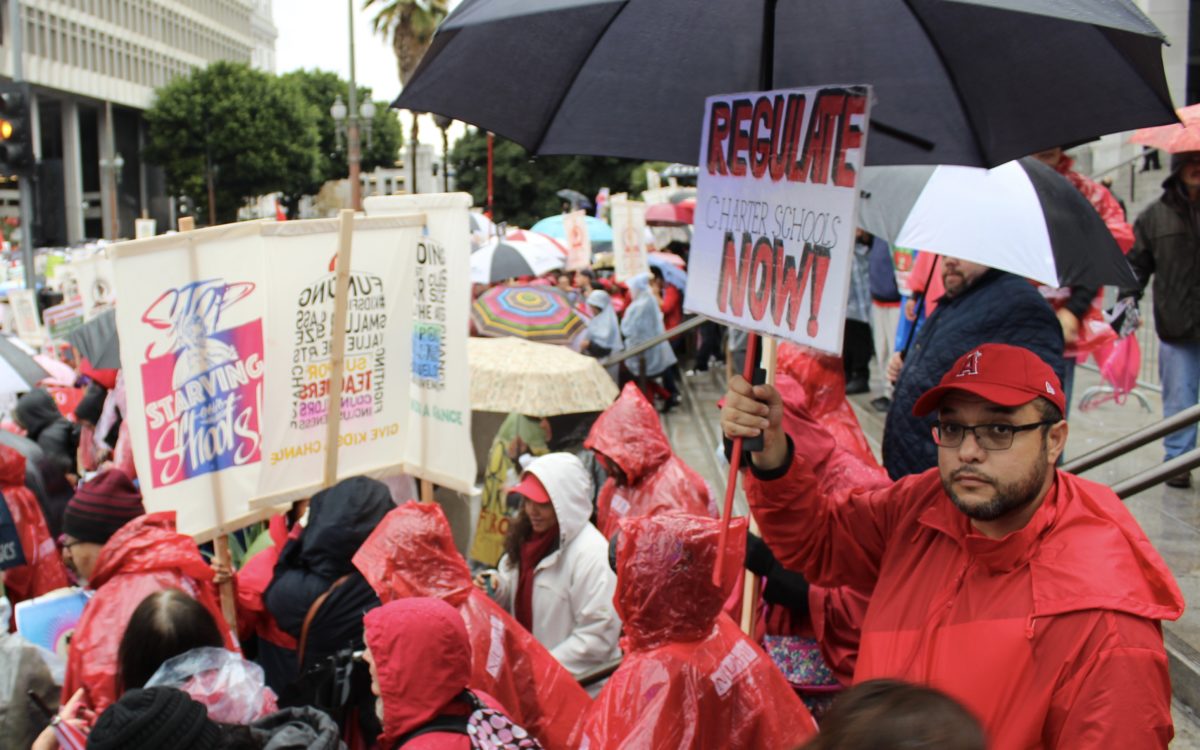 At the urging of Gov. Gavin Newsom, a bill that will require charter schools to be more accountable and transparent is making its way swiftly through the legislature and may be the first of several bills seeking to tighten oversight of charter schools.

Senate Bill 126 would require that California charter school boards comply with the same open meeting, conflict-of-interest and disclosure laws as district school boards, including holding public board meetings, opening records to the public upon request and ensuring board members don’t have a financial interest in contracts on which they vote.

The bill was introduced by Sen. Connie Leyva, D-Chino and Assemblyman Patrick O’Donnell, D-Long Beach. It passed the state Senate Thursday with a 34 to 2 vote and will go to the state Assembly for a vote as early as next week. If it passes, the law will go into effect Jan. 1.

The bill met no opposition from the California State Charter Schools Association, although it did not formally support it.

Leyva said she was able to get Senate Bill 126 through with little resistance because all parties, including representatives of the charter school association and teacher unions, were at the negotiating table hammering out the details.

Not everyone was happy with everything in the bill, but everyone felt they had input, she said.

Supporters say Senate Bill 126 is needed because charter schools, while publicly funded, are not required to follow the same rules for transparency and accountability that govern other publicly funded schools, Leyva said before the vote.

There has long been debate over whether charter school board members are subject to the same open meeting and conflict-of-interest laws as school district boards, she said. The California Attorney General’s office recently weighed in on the discussion with an advisory opinion that charter schools are subject to the same good government laws as school districts.

Gov. Jerry Brown twice vetoed similar legislation because of concern that those bills went too far in prescribing how the boards must operate.

“It’s about transparency and accountability,” said Sen. Hannah-Beth Jackson, D-Santa Barbara, before Thursday’s vote. “Charter schools receive quite a few taxpayer dollars. There needs to be sunshine in all public schools and their governing bodies and this is what this bill stands for.”

Many charters already abide by open meeting and public records laws, either voluntarily or because of agreements with the entities that granted their charter, said Carlos Marquez, senior vice president of governmental affairs for the California Charter Schools Association.

Sen. John Moorlach, R-Costa Mesa, who abstained from the vote, expressed concern Thursday that charter schools are becoming the “fall guy” for the financial woes of school districts. “I think you have to look past a lot of other culprits like pensions,” he said, referring to the high costs districts face to fund teacher and administrator pensions.

“Tightening the screws on charter schools may be a misdirected solution,” he said. “… SB 126 is a Band-aid when major surgery is needed.”

The drumbeat to increase oversight of charter schools has grown louder since last year when increased charter accountability became an issue in the governor’s race and a temporary moratorium on charter schools was debated during the California state superintendent of public instruction contest. It grew louder more recently, as teachers in two major California cities — Los Angeles and Oakland — went on strike demanding higher pay and more state resources for classrooms.

Teachers unions say that charter schools sap resources from school districts, who get paid by the state based on the number of students in their seats each day. In Los Angeles and Oakland striking teachers have demanded that their school boards curb charter growth.

The new contract with teachers in Los Angeles Unified that ended the strike in January included an agreement to ask the Legislature and Gov. Newsom to impose an eight to 10-month moratorium on charter schools in the district while the state studies the financial impact and other effects of charter schools. Oakland Unified’s school board and teachers have made a similar request.

In response, earlier this month, Newsom called on State Superintendent of Public Instruction Tony Thurmond to establish a panel to research the impact of charter school growth on district finances. The panel, which is still being formed, will report back to Newsom on July 1.

“Hopefully, we will take this cudgel off the table for our opponents, to perhaps de-escalate some of the rhetoric around charter schools being for-profit centers and our board members looking to get into the work of public education to line their pockets,” he said. “We couldn’t disagree with those assertions more vehemently. So, hopefully settling this area in law will put those falsehoods to bed.”

Seth Bramble, legislative advocate for the California Teachers Association, the teachers’ union, said charter schools were established to encourage innovation and to share best practices. “But the people cannot learn from this innovation if the people’s business is being conducted in private,” he said.

“One thing I’m exploring is a notion of a cap for new charter schools in California that will allow some capacity for charter schools to expand when low-performing schools are phased out or shut down,” McCarty said. “This will give some stability to some school districts in California related to declining enrollments.”

Some districts have so many charter schools that it is unsustainable for them financially, he said.

“It isn’t an aversion to charter schools as a whole, but their financial impact on the fiscal well-being of school districts across California and year-after-year growth in (charter) school population,” McCarty said.

Senate Bill 126 is moving quickly. It was introduced on Jan. 10, passed the Senate Education Committee Feb. 19 at its first meeting of the year and was approved on the Senate floor two days later.

“I think this is a great way to start off the year,” Leyva said.

Correction: This story has been corrected to include the number of Oakland Unified students attending charter schools.