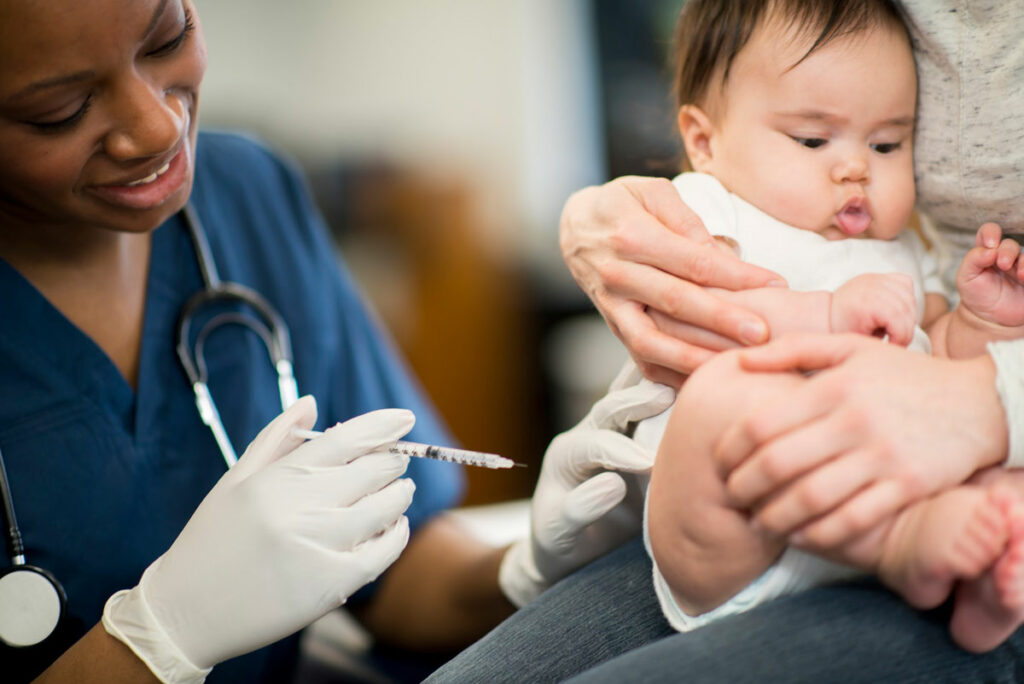 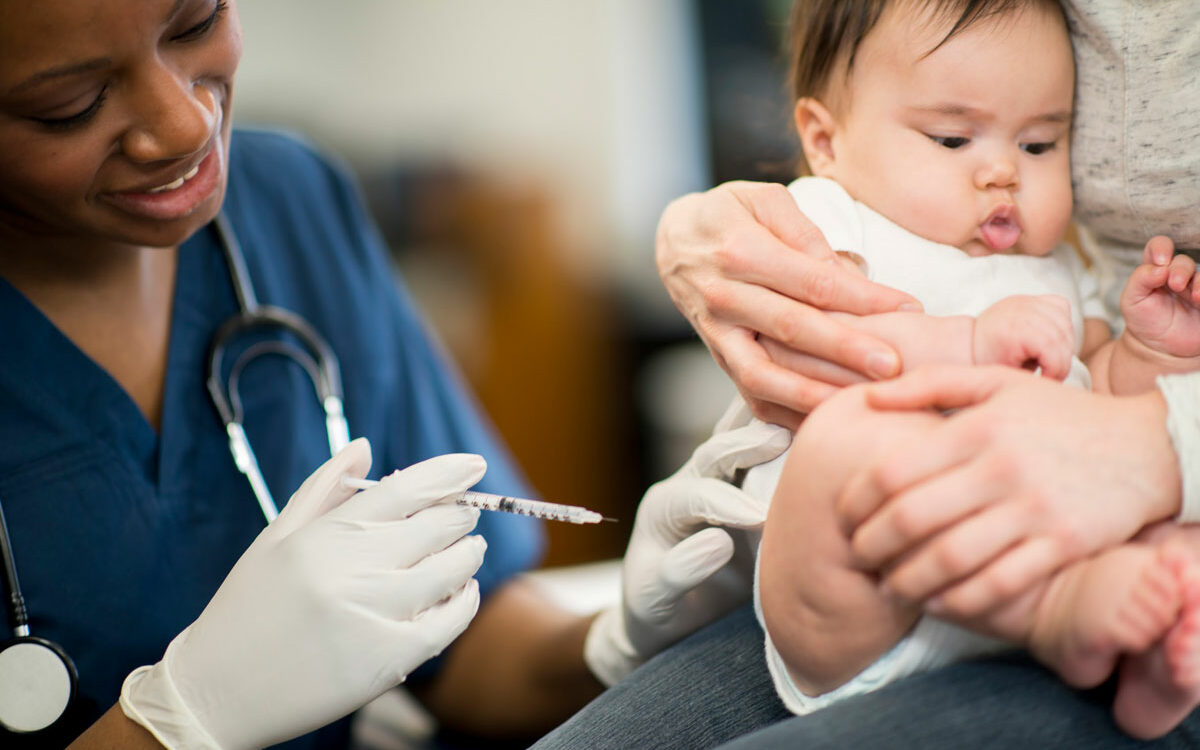 Last year, 78 percent of traditional public schools reported that its students had all required vaccinations necessary to protect the community, while only 68 percent of private schools and 57 percent of charter schools met that goal, an EdSource analysis of California Department of Public Health data reveals.

Ninety-five percent of children at a school must be immunized to prevent transmission of disease in a community, according to the state Department of Public Health.

This interactive map shows the location and details of California schools whose vaccination rates fall below 95 percent.

If you want to search for a school by name, go to this lookup.

At the same time, charter schools and private schools led the state in the percentage of students exempted from vaccinations for medical reasons. The uptick followed a 2016 law that banned the so-called personal belief exemption that allowed parents to opt their children out of vaccinations.

“Like California’s traditional district schools, charter public schools are required to comply with the law,” said California Charter Schools Association spokeswoman Brittany Chord Parmley in a statement. “All public school students in classroom-based instructional programs must be vaccinated unless they have a medical exemption. The California Charter Schools Association provides information about these vaccination requirements to all California charter schools.”

Sen. Richard Pan, D-Sacramento, who authored the bill that eliminated the personal belief exemption, worries that schools with low vaccination rates could be “the tinder that starts the fire” and spreads disease throughout the state.

Children who are not vaccinated can only attend school if they have a medical exemption, are homeless or are admitted conditionally while catching up on vaccinations. S­­­­tudents admitted conditionally must adhere to a vaccine schedule and not be due for any doses, while homeless students must receive all required immunizations as soon as possible after beginning school.

Medical exemptions, which have gone up fivefold since 2011, to 4,812, have poked holes in the state’s vaccination law — one of the strongest in the country. Families can get a medical exemption from a doctor who states that the child should not be vaccinated because of either a temporary or permanent medical condition.

Statewide, nearly 95 percent of all kindergarten students started school in 2018 with all the required vaccinations. That’s up 2 percent from three years earlier, but a slight dip — less than 1 percent — from the previous year.

“It’s not the overall vaccination rate across the state we should be most worried about,” Pan said. “We need to continue to protect those gains and we need to look at the pockets of low vaccination rates.”

The EdSource analysis includes an interactive map that shows the location and details of schools whose vaccination rates fall below 95 percent, the level needed to protect a community from an outbreak.

Those hot spots can be found north and east of San Francisco, in Sacramento and its surrounding suburbs and in the outskirts of Los Angeles. In the Sacramento area every school that has fewer than 81 percent of its students vaccinated is a charter school.

Schools with vaccination rates of less than 50 percent are largely charter schools in Sutter, Placer and Nevada counties in Northern California, with many offering online or independent study instruction. Some of these schools serve home-schooled students who by state law are exempt from vaccination.

The EdSource analysis focused on 6,524 public and private schools that enrolled at least 20 kindergarten students in the 2018-19 school year. Schools that fell below that enrollment were not included in the state’s data. All schools are required to report; 236 did not. The analysis shows:

Communities can guard from disease outbreaks by having a sufficient portion of residents vaccinated. The concept, referred to as herd or community immunity, also protects newborns and those with chronic illness who can’t be vaccinated.

Of particular concern is measles. There have been 1,164 cases confirmed in 28 states in the U.S. between Jan. 1 and July 25 — the greatest number since 1992, according to the Centers for Disease Control and Prevention. There have been measles outbreaks — defined as three or more cases — in Butte, Los Angeles, Orange, Placer, Sacramento, San Mateo and Santa Clara counties this year.

Measles can be serious for children younger than age 5, adults older than age 20, or for people with compromised immune systems. Serious complications include pneumonia and encephalitis.

As of July 1, 2016, students who attend a home-based private school or an independent study program without classroom-based instruction do not require immunizations. But the students must be immunized if they attend classroom programs.

“This is not how charter schools are interpreting the law,” said Leah Russin, executive director of Vaccinate California, a vaccine advocacy group. She said some schools allow unvaccinated home-schooled students to attend their schools part of a week.

Sebastopol Independent Charter, a K-8 school in Sonoma County with 293 students, had one of the lowest vaccination rates in the state for incoming kindergartners in 2018-19. Nearly 57 percent of the 44 incoming kindergartners at the public Waldorf school did not have all their required vaccinations. That’s an improvement over 2010-11 when the non-vaccinated rate was 88 percent.

“The vaccination rate is a result of the parents’ choice to pursue medical exemptions through a doctor and is not something coming from the school at all,” he said. “I just want to be clear. The school is not involved. It is something the parents have decided. Why they have decided this I don’t know.”

Students at the school come from Sebastopol, as well as nearby communities like Santa Rosa, Topham said.

Pan said Senate Bill 276 will reduce these pockets of low vaccination rates by cracking down on doctors who issue exemptions that are not medically justified.

It calls for the California Department of Public Health to review a medical exemption only if a child attended a school with an immunization rate of less than 95 percent, if the doctor who signed the exemption had written five or more during the year or if a school did not provide the department with its vaccination rates.

The bill, which is in the Assembly Appropriations Committee, should return to the Senate for consideration in September and, if passed, is expected to be signed by Gov. Gavin Newsom.

An indication of the need to regulate medical exemptions surfaced earlier this month in a report from Kaiser Health News that the Medical Board of California is currently investigating at least four doctors for allegedly issuing questionable medical exemptions to children whose parents were trying to avoid immunizations.

Two Sacramento doctors are being investigated for giving medical exemptions to pediatric patients that a medical board doctor said were questionable or without medical basis, the report said. Two doctors in Santa Rosa also are being investigated for giving questionable medical exemptions to pediatric patients. One is a psychiatrist who runs an anti-aging clinic.

The bill “will close down all the doctors that are validating parent fears,” Russin said. “My personal belief is that when parents can’t find any doctor in California (to write an exemption), that they will vaccinate. People will start protecting their kids.”

The anti-vaccination lobby sees it much differently.

“We can’t institute forced vaccination policy when we don’t know who is at risk (from vaccines),” said Barbara Loe Fisher, president of The National Vaccine Information Center in Sterling Virginia who calls the proposed bill a violation of human rights. “Vaccination risks aren’t being shared equally. Some of us are at greater risk and our lives should also be valued.”

The new bill “is violating physicians’ right to protect a child that they think is at risk,” she added.

She said that parents are going to do whatever they have to do to protect their children from vaccination injury, including homeschooling them. “People are distraught,” she said. “People have talked about moving out of the state. People have moved out of California.”